Dozens of the Best Local Skaters Take to the Streets at Red Bull Curb Kings Contest in Midtown Sacramento on Sept. 25, 2016 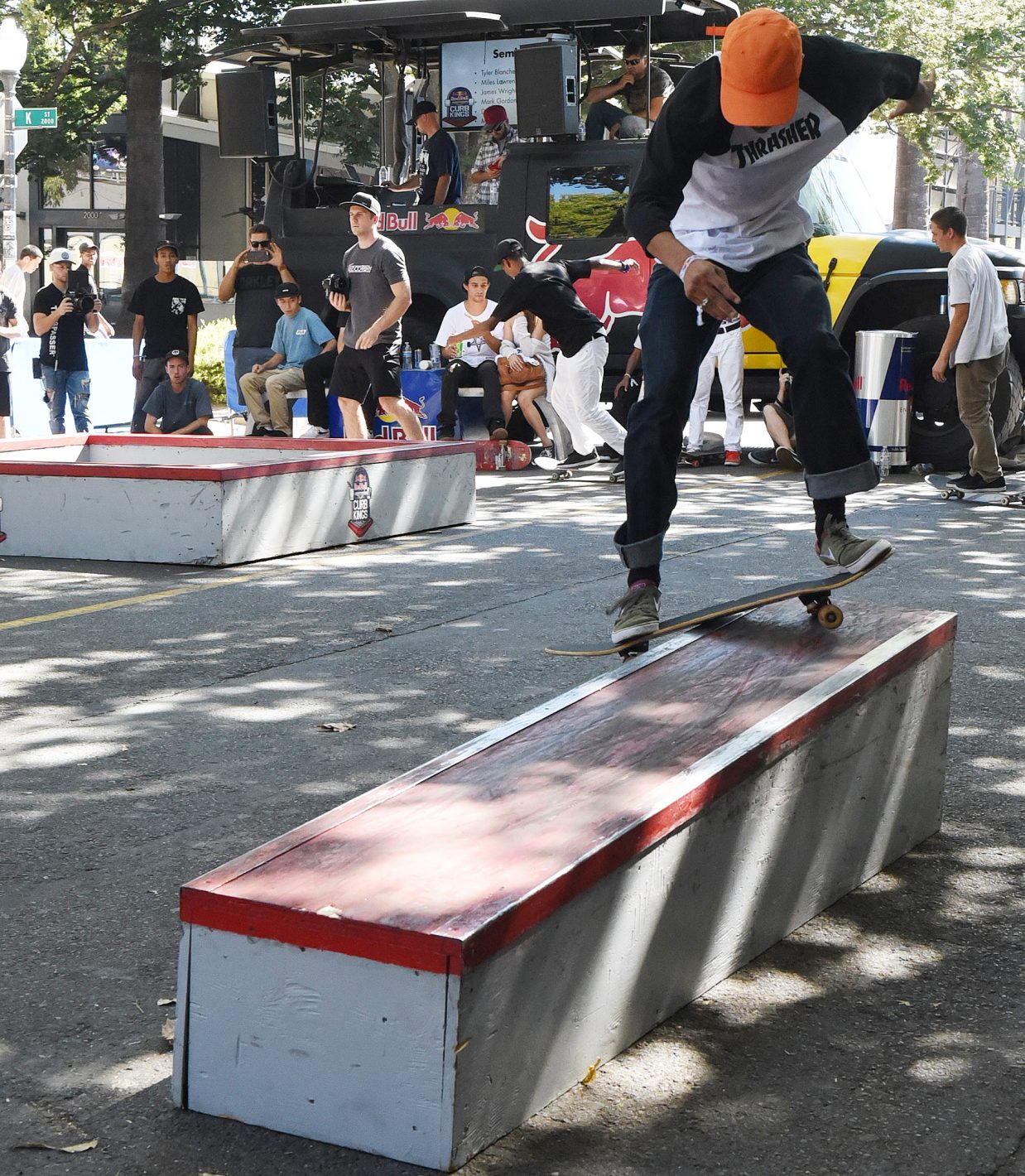 Fact: Sacramento breeds amazing skateboarders. Guys like John Cardiel, Brandon Biebel, Omar Salazar, Matt Rodriguez, Nyjah Huston, Miles Silvas and many other international-level skaters all grew up and/or lived around here at some point. Point being, the local skate scene is really rad and on Sunday, Sept. 25 more than 30 of the best skateboarders from Sacramento and beyond will compete in the Red Bull Curb Kings contest on 20th Street, between J and K streets, in front of LowBrau. All of the skateboarders competing will have received an invite from PLA, a local skate shop with two locations in the region (1006 J St. and 330 E. Bidwell St. in Folsom). The set-up at Curb Kings will consist of custom modified parking blocks and double-sided curbs, with three judges determining who is Sacramento’s king of the curb. With the obstacles being rather small when compared to those you’d see at many mainstream skate contests like X Games, Street League and the like, at Red Bull Curb Kings it will be just plain fun to watch all of the skaters get creative and technical to impress the judges. The event runs from 1–3:30 p.m. with practice starting an hour earlier. It’s completely free to watch and all ages are welcome. Come watch local skaters shred the streets of Midtown!