Running Into a Realization

As I sat in the porta-potty thinking about my poor New Year’s resolution to run a marathon, I heard the announcer on the other side of the sticky door … “THREE, TWO, ONE … GO.” And I quickly realized I had just missed the epic intro to my very first marathon. So I finished my business, swung open the door and tried my best to grasp the insanity that I was about to run from Folsom to Sacramento.

And sure, running a marathon these days isn’t really a big deal but let me give you a little backstory on myself.

In eighth grade, running the mile felt like my entire insides were going to fall out of my body. In high school, I had to stay in during lunch to pass a PE class because I couldn’t get a volleyball over the net. In college the only sport I played was beer pong. Then, at 25 I realized I couldn’t exercise for more than five seconds without feeling completely miserable and the reality of living an unhealthy future hit me hard.

After watching runners at the finish line of the California International Marathon in 2012, I made an impossible New Year’s resolution: to go from zero to marathon in 365 days. I quickly became obsessed with marathons. I bought training books on Amazon, watched Spirit of the Marathon twice and looked up every marathon in California. 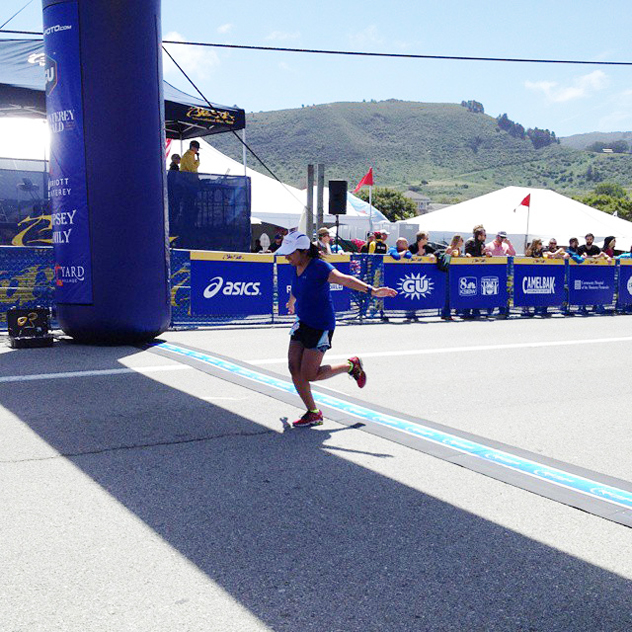 But there was a small problem: I’d never even ran a half-marathon or a 10k, and I could barely jog around the park without feeling like my legs were going to fall off. It started off as very painful and slow jogs and walks around the dirt paths of Southside Park. I was always sore, tired, sweated profusely and felt like I had asthma. I don’t weigh 500 pounds, but it sure felt like I did. I tried to make small goals for myself to run from one stop sign to the next without stopping. Since I never really grew up playing sports, I had no idea how much water to drink after exercise or how much I should be stretching. Everything was completely new to me, and I had to learn along the way.

I stupidly signed up for my first 26.2 mile race before even running any other distance race. Most marathon training schedules are designed for people already in good shape who can be ready to go in four to five months. And all of the marathon advice I read urged me to be a runner for at least a year, then start to train for distance. But really, what’s the worst that could happen? In three months, I’d worked up to running 10 miles. I chose a training schedule and stuck with it as best as I could, starting from mile one and slowly increasing my mileage every week. My weeknights consisted of running around Southside Park and weekends consisted of long jogs around town. 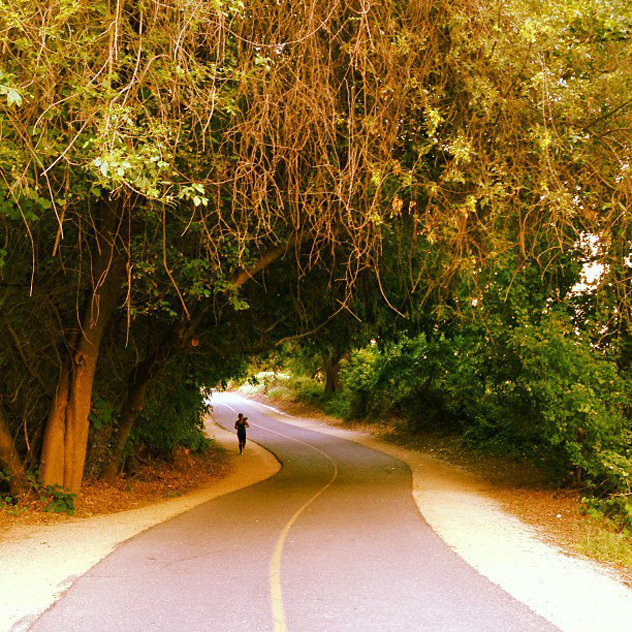 But there is a price to be paid for “too much, too soon.” Throughout training for my first race, the Shamrock’n Half Marathon, I started to develop painful shin splints and was forced to stop running before causing any permanent damage. For three months I had to rely on cycling to maintain my fitness level and change my entire training schedule to replace running with cycling, which is of course another piece of advice experts don’t recommend. After a full recovery, and full discouragement, I put my running shoes back on, but this time with more hesitation.

I soon realized I not only had to change my exercise habits but had to change my entire lifestyle. I went from eating frozen pizzas to vegetables and pasta, from staying up late drinking to going to bed early to prepare for a morning run, from staring at a computer screen to stretching on the grass. I became a part of the Sacramento running scene by surrounding myself with other happy runners, where I found advice, encouragement and beer drinking buddies after joining Sloppy Moose Running Club. I started to feel stronger, healthier and more confident. 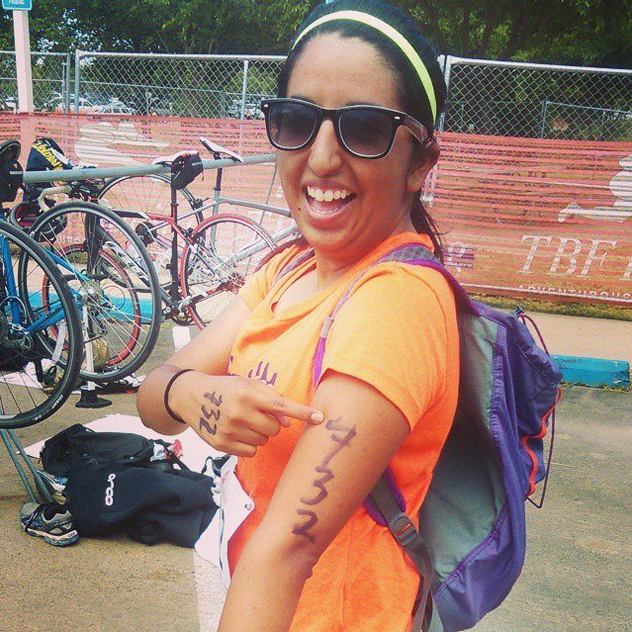 I printed out Hal Higdon’s Novice 1 marathon training program and kept it tucked into my marathon training book. Week after week, I got excited to check off miles and was forced to adjust a few. Some of my runs were awesome and meditative, others were tiring and miserable. I watched myself train from 6 miles up to running 20 miles nonstop; it was hard to believe how far I’d actually come.

Then it was finally race day. I realized all the work I had put into one year was being put to the test in one morning. It was hard to relax and hard to get past the overwhelming thoughts of what lied ahead. The race started off with runners cheering, laughing and talking. Miles 1 through 18 were more of a celebration of my training, I enjoyed the spectators, high-five stations and funny signs. But as the miles grew, all I could hear was the voice in my head and my feet pounding the pavement. The last remainder of the race felt like I was running the mile in middle school all over again. I wanted to collapse face-first on the pavement. Every mile after 21 felt longer than the mile before it. I remember one woman shouting at me, “Are you OK?!” I was running like I just drank 26.2 beers. 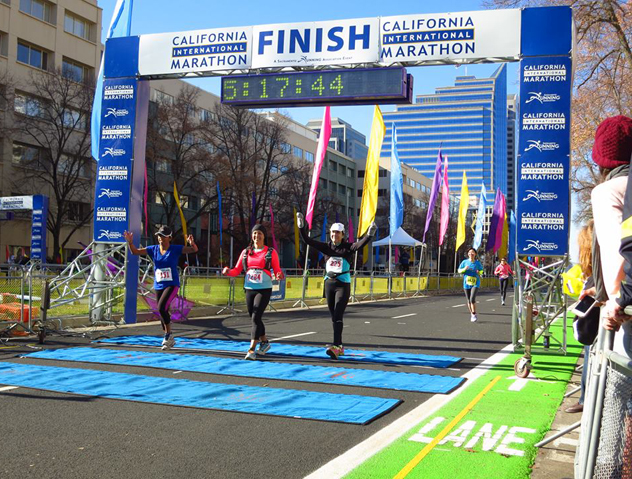 After I saw mile 26 slowly pass by, I tried my best not to look so miserable. I put my hands in the air, tears filled up my eyes and I crossed the finish line after 5 hours and 12 minutes.

One New Year’s resolution changed my exercise, eating and sleeping habits, and put me the best shape I’ve ever been in my entire life. Since then I’ve run two full marathons, one 18-mile trail run, four half-marathons and one duathalon. And I don’t plan on stopping any time soon. My next goal is to run a half-marathon in under two hours (fast for me), then sign up for my next 26.2 race. I’m eyeing the San Francisco Marathon.

The best advice I can give for anyone getting through any New Year’s resolution is don’t let anyone tell you, “You can’t do it.” And especially don’t ever tell yourself that. Surround yourself with positive people and positive thoughts, no matter how crappy a moment can feel. Because you never know what can happen in 365 days. 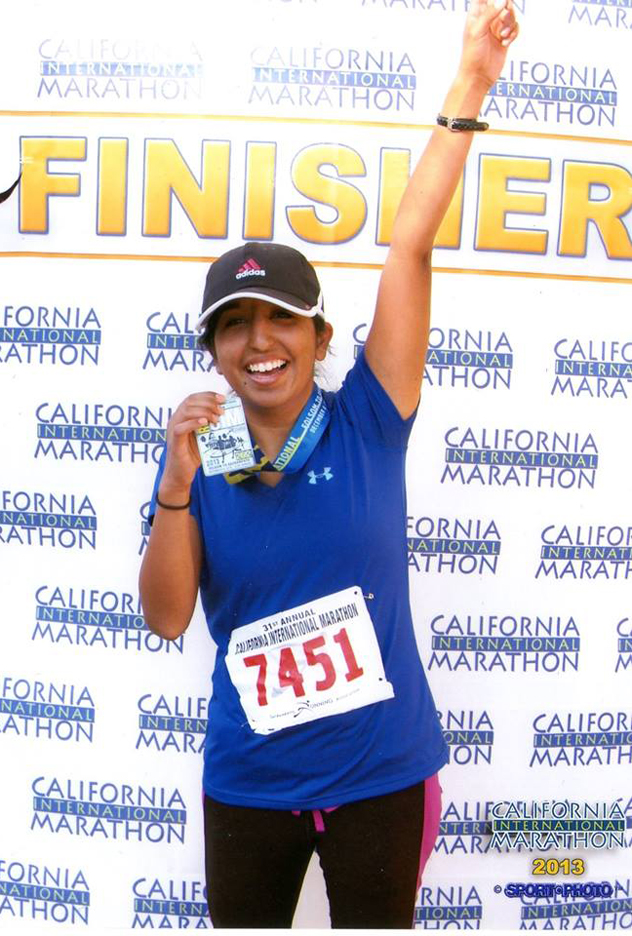