Tired of seeing posts of your Facebook “friends” completing whole marathons before you’ve even woken up? Wondering the best way to get in on the action and hide your identity? The Nightmare 5K Run is the ticket. If you’re really good at disguising yourself, they won’t know you’re there until you pass their stupid asses wearing a Ronald McDonald outfit. This year’s run will be held in five different locations: San Jose, the East Bay, Napa Valley, Monterey and obviously Sacramento (we’re a local paper, remember?). Whether you choose to dress up as Leatherface from Texas Chainsaw Massacre, Kim Kardashian or a seriously erect Lamar Odom makes no difference. Donations will be given directly to the Red Cross along with a smaller portion going to Lake County Wildfire victims. The fabled run of death begins on Halloween night with registration starting at 6 p.m. at the Placer County Fairgrounds in Roseville followed by a pre-party where participants can get doused in fake blood and party like Lon Chaney. Even if you haven’t run in years or done anything but watch Netflix the past year, this is one event sure to put a smile on everyone’s face. Kids 5 and under are free. Come get physical at Nightmarerun5k.com 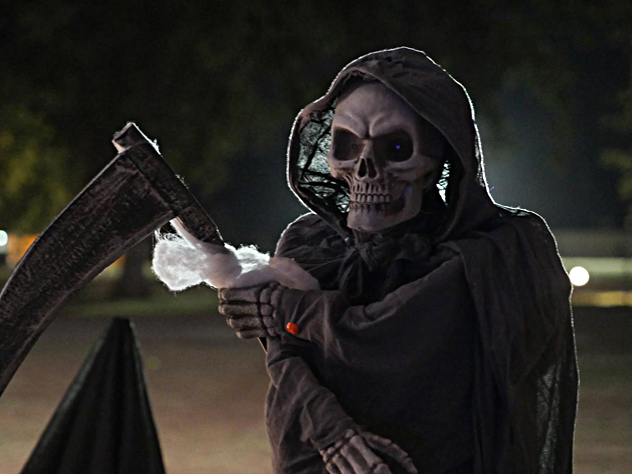