Submerge Quick Picks: End the Summer With a Bang at These Nine Not-to-Be-Missed Events! 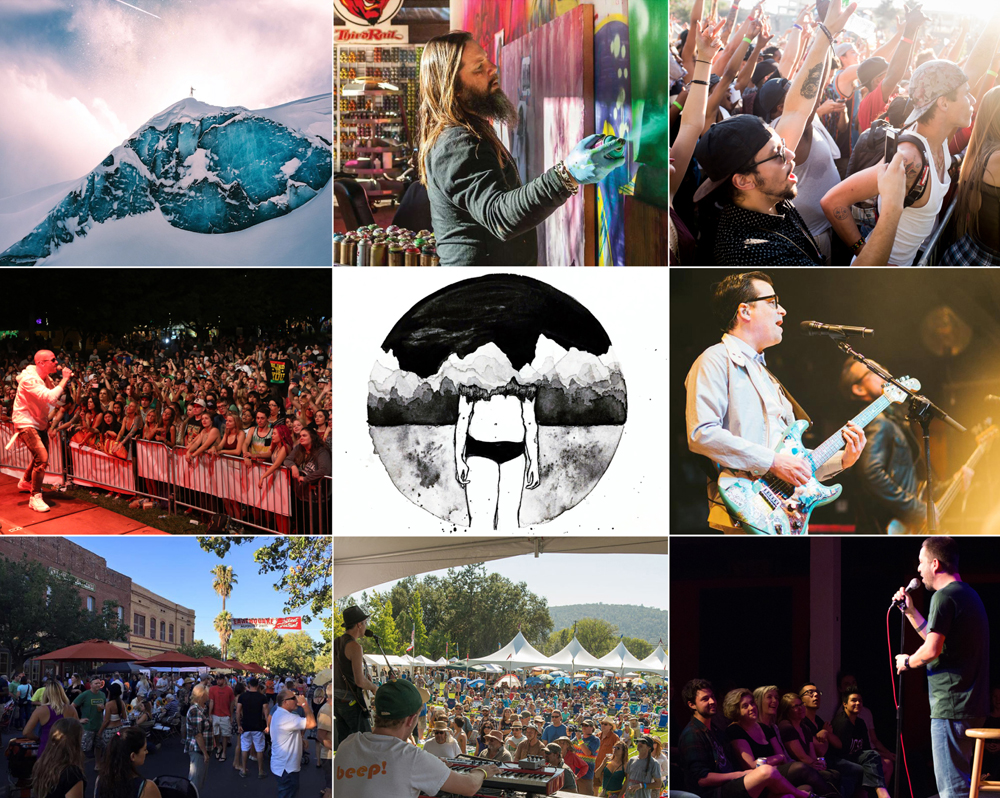 When it comes to awesome events in and around the Sacramento area, the next month or so is absolutely stacked with everything from amazing art exhibits, to music festivals, to street fairs and everything in between. Here’s a brief breakdown of some events we think you should know about that haven’t already been featured in Submerge. Start marking those calendars and making plans in three, two, one … 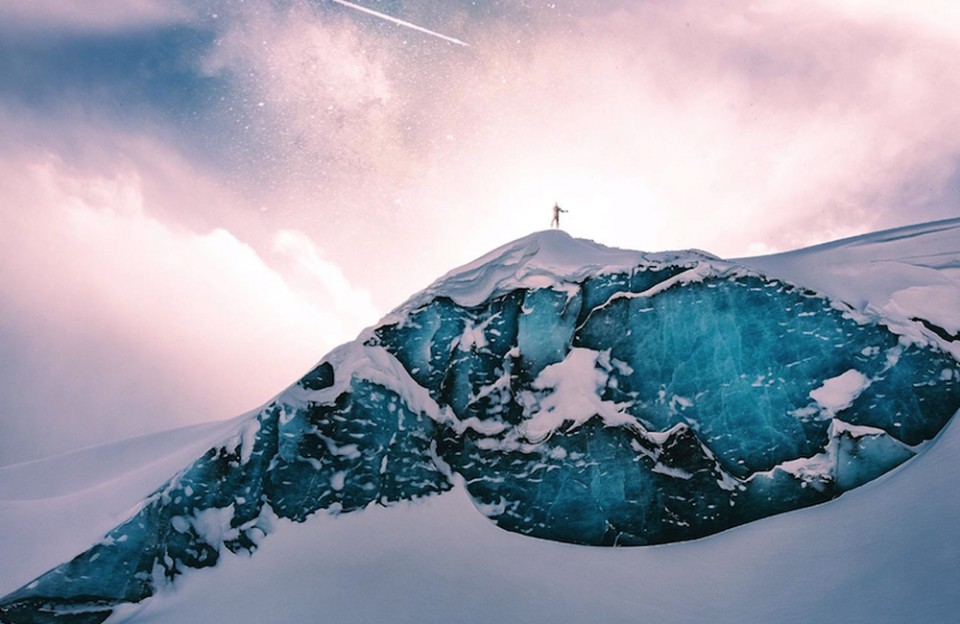 Uprise Collective is a group of photographers and creatives known for holding epic art exhibits that benefit local charities, and Rise of the Reel at Crest Theatre on Saturday, Aug. 20 is their marquee event. At this show, expect insane photography, time lapses, motion pictures, documentaries and more, all displayed on the big screen. Tickets are just $15 and are available online at Uprisecollective.org. Proceeds benefit Shriner’s Children’s Hospital. 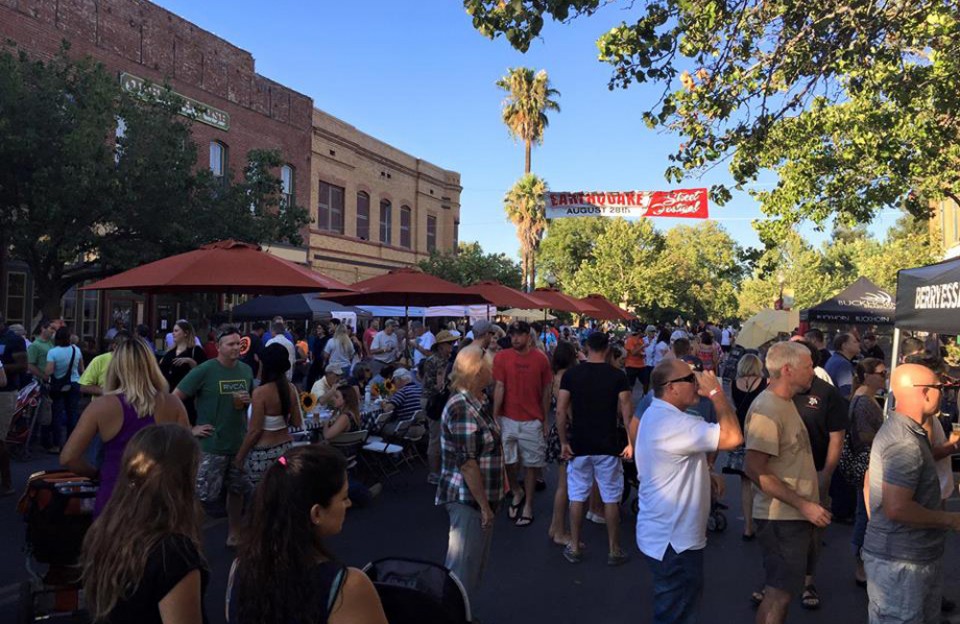 The Winters Chamber of Commerce invites all to come explore their cute-as-hell downtown area at the Winters Earthquake Festival on Friday, Aug. 26 from 5–10 p.m. Snack on bites from local restaurants and peruse local vendors’ goods while moving and shaking to live music from the Terry Sheets Band and Time Bandits. Bring the whole family! Learn more at Facebook.com/winterschamber. 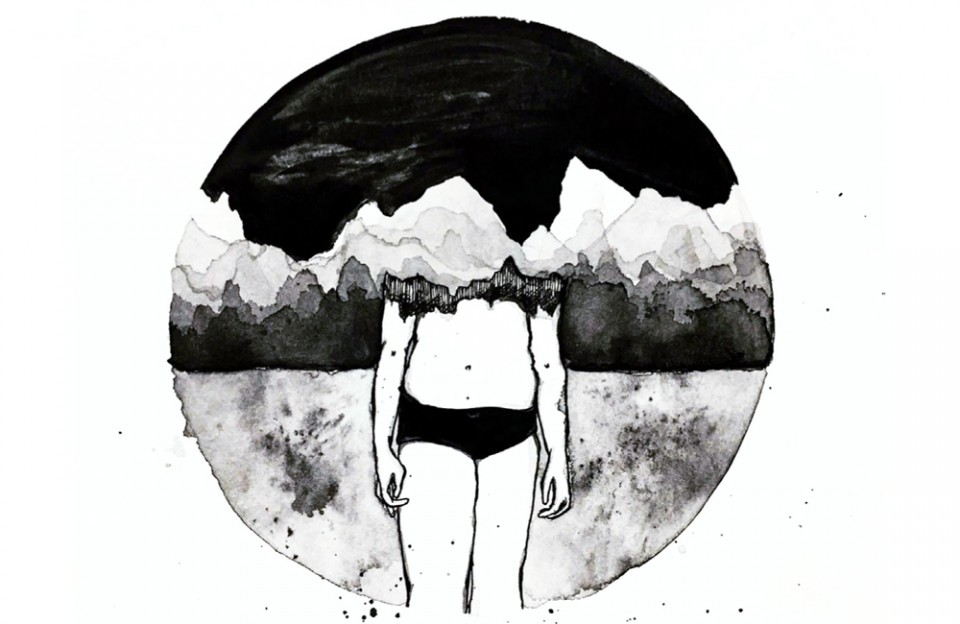 
One of the brightest stars of the local art scene, Sarah Marie Hawkins, is holding an art exhibit Aug. 27 at Outlet Coworking titled Two Thousand Five Hundred Minutes. In this installation of fifty art pieces, Hawkins created each one in under 50 minutes, and each work of art will be priced depending on how long it took her to finish. For example, a piece that took her 49 minutes will be just $49. Learn more about the artist and her non-profit collective at Facebook.com/menageriesacramento. 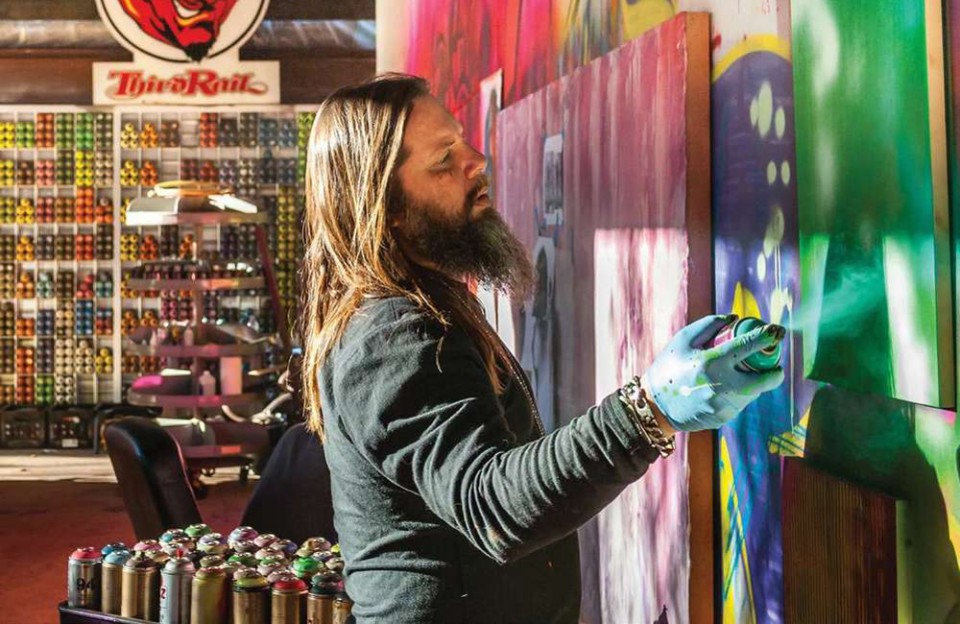 
A group of hand-selected artists from all over the world, including a few from right here in Sacramento, will paint murals all over town from Aug. 20–27 as part of the first-ever Sacramento Mural Festival. Learn more at Sacramentomuralfestival.com and keep an eye on future issues of Submerge for photos of the finished works and interviews with participating artists. 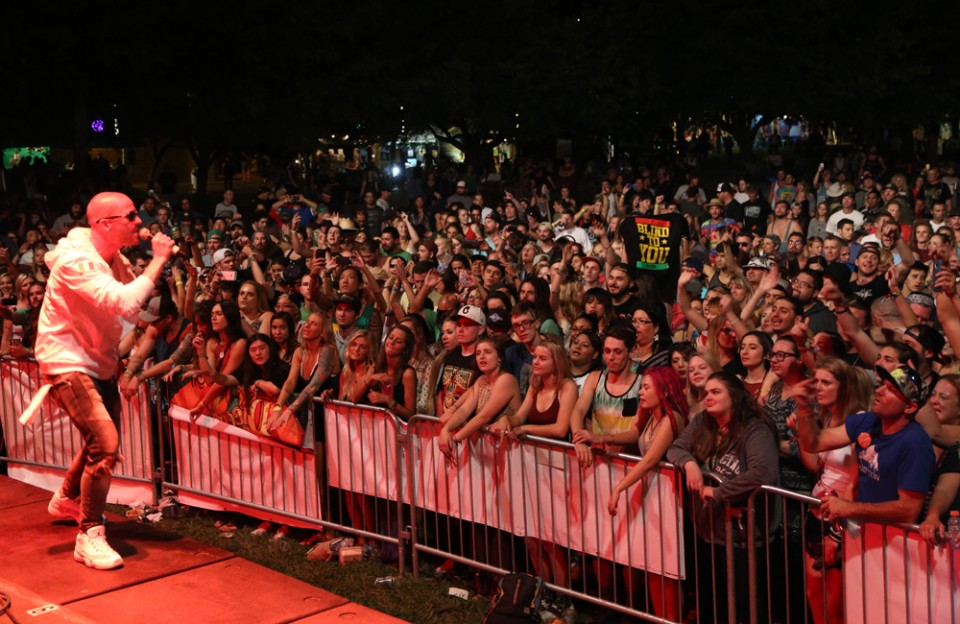 
The beautiful El Dorado Fairgrounds in Placerville will host the two-day reggae/rock/hip-hop extravaganza Dry Diggings Festival on Sept. 2–3. Whether you camp out for the weekend or just head up for one day you’ll enjoy cold craft beer and top-notch tunes from bands like Rebelution, Tribal Seeds, The Expendables, ZGE (Zion I + The Grouch + Eligh), Passafire, Through the Roots and so many others. Tickets range in price so check out Drydiggingsfestival.com for details. 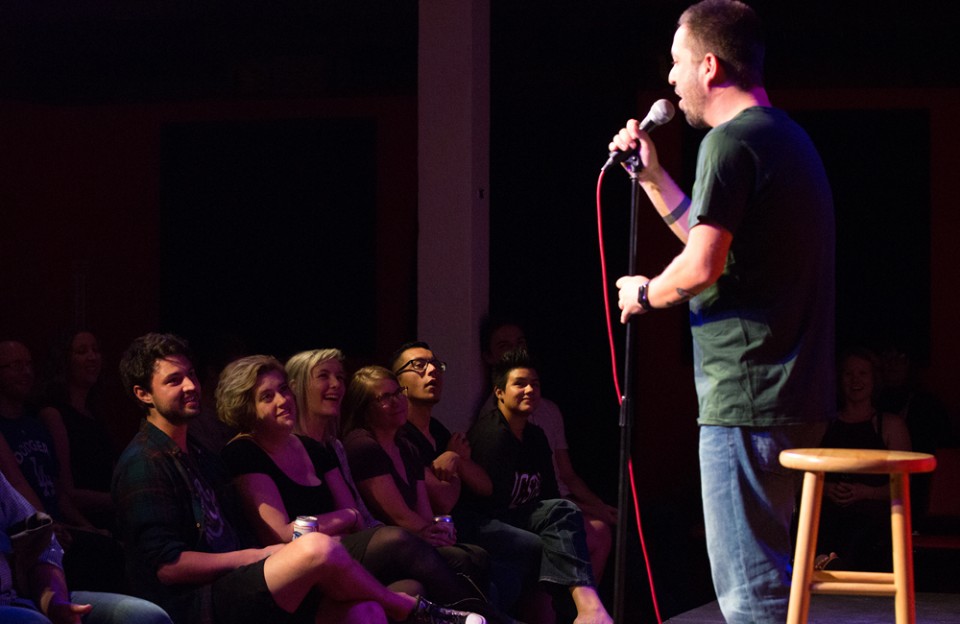 The Sacramento Comedy Spot is hosting the sixth annual Sacramento Comedy Festival from Sept. 9–11. The fest includes improv groups, stand-up comedians and sketch comedy groups from not only our region, but from all over the country. One of the best parts about it is that the shows are really affordable, most being around just $10! Tickets and more information can be found at Saccomedyfest.com. 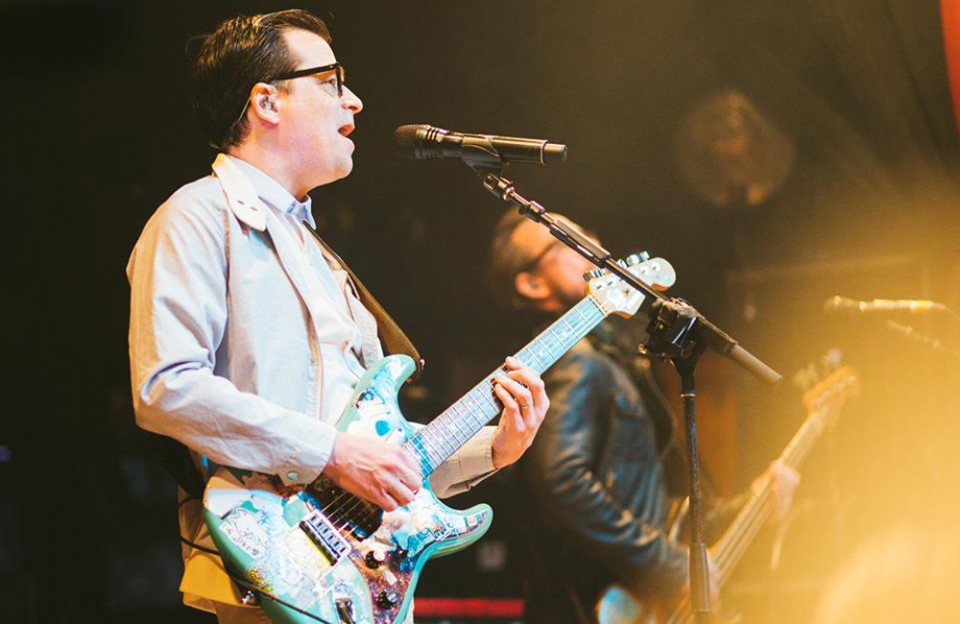 
Massive radio-friendly headliners like Weezer, Panic! at the Disco, Phantogram, Andrew McMahon in the Wilderness and others join a heavy-hitting list of local acts like Cemetary Sun, Young Aundee, Trophii, Joy and Madness and many more at this giant one-day music festival taking place Saturday, Sept. 10 at Bonney Field. Tickets are $54.50 available online at Cityoftrees.com. Perks: no additional pesky fees and parking is free!


We here at Submerge have long been singing praise for American River Music Festival, going down this year from Sept. 16–19 at the picturesque Lotus Park in Coloma. This is the 10th anniversary of ARMF and they’re coming out swinging with groups like The Dust Bowl Revival, Arden Park Roots, Birds of Chicago, Achilles Wheel, Bryan Elijah Smith and The Wild Hearts, T Sisters and many others set to perform. Snag your tickets in advance starting at just $40 at Americanrivermusic.org or by calling (530) 622-6044. Remember to bring your swimsuit because the name of this fest does not lie, it’s literally right on the American River! 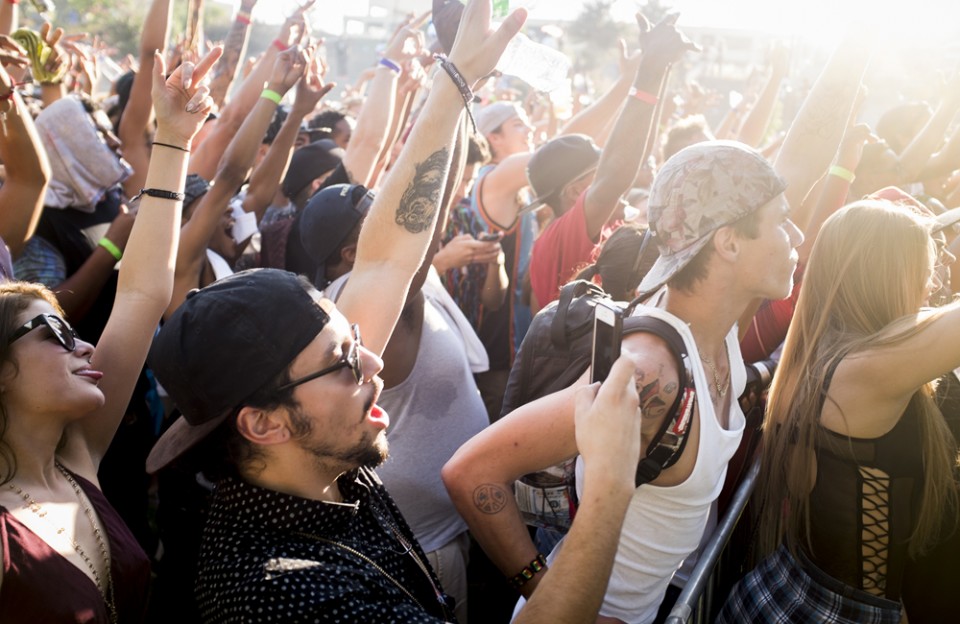 River Walk Park in West Sacramento is going to be on fire on Saturday, Sept. 24 when Sacramento’s HOF crew (short for “Hall of Fame”) hosts their second annual music festival, #HOFDAY. Emcees and DJs will rule the day with performances from the likes of Metro Boomin, Soosh*e!, Chuuwee, DRLN, C-Plus, DJ Oasis, Steeziak, Roman Austin, Joseph One, DJ Rock Bottom and dozens of others. Don’t miss this one. Tickets are available at Hofdayparty.com.