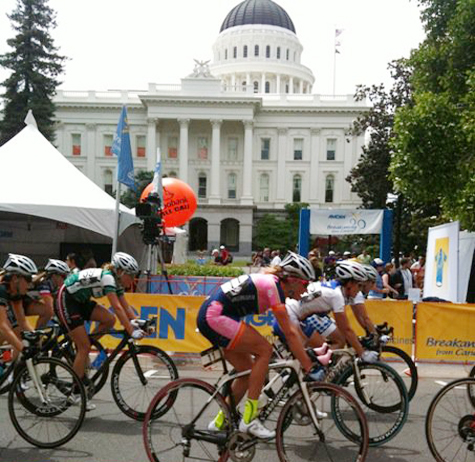 It’s not usually a go-to for adrenaline seekers, but the Capitol will attract a different kind of crowd on Saturday, Sept. 10 as some of the country’s top short course cyclists, including the 2012 women’s Olympic team, swarm the Capitol for a high-speed cycling competition at the Sacramento Grand Prix. The Grand Prix was last held by Project Sport, LLC, in May of last year as part of the 2010 Amgen Tour of California. This competition is the third and final leg of Project Sport’s Triple Crown. Five heats are scheduled between 1:50 and 6 p.m., including both men and women’s divisions. Competitors will start and finish at 11th and L streets, looping the State Capitol and Capitol Park counter clockwise at 10th, N, 15th and L streets, allowing plenty of space for observers. This is a perfect excuse to get out of the house. It’s free to watch, and food trucks and a live DJ will also be on the premises alongside the race expo. Oh, and a beer garden will be conveniently situated next to the start/finish line. Want more? Go to Facebook.com/sacramentoGP