Coloring Outside the Lines 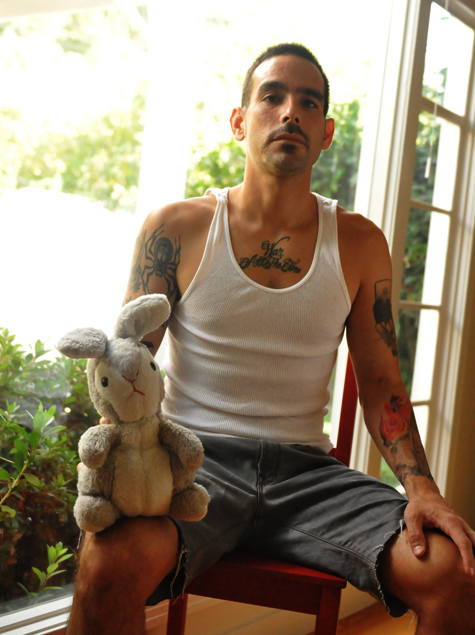 Josh Fernandez wears a lot of hats. As a writer, he’s worked as a journalist for Spin, the Sacramento News & Review and once even in these pages. He’s also garnered acclaim as a poet. So it would hold true that the poetry in his new collection, Spare Parts and Dismemberment, come from a variety of different places. Here, his work speaks of drug addiction, life as a Latino in America, love, marriage and family. The result is a vivid–sometimes brutal–picture of a life lived.

The first line of the collection is telling. “Here’s a fucking poem,” Fernandez writes in “After Watching Maya Angelou on the Oprah Winfrey Show.” “Mike is on the couch, dope-sick/and the shower/is ankle deep/with piss/and tar-sludge,” he continues. The poem concludes, “And it’s not going/to get better./Ever./Got it?” Clearly, this won’t be an easy journey. His words can be blunt and often harsh, but not without an air of lyricism. The following poem, “The Scream,” an unsettling piece about rape, he writes, “You know, there is a thin sheet/of difference/between fright and pleasure./Sometimes the paper breaks/when erased too hard.” There’s no timidity in his verse. Often employing very few syllables per line–sometimes just a single word–Fernandez’s writing is swift and confident.

Things do get better, though. Later in the collection, “The Wedding” is a wonderful recount of a happy day. Shirking from simple sentimentality, Fernandez includes minutiae like rolled-up socks on a bedroom floor, yawning and loosened braids. The poem ends with a beautifully unadorned sentiment, “We started/this thing/happy.”

These personal experiences are put into a grander social context when Fernandez dissects the immigrant experience in poems such as “Swimmigrant,” “Freya Pulls Me by the Leash to a Tea Party…” and “The Assimilation.” These three pieces offer biting commentary, with the latter featuring the lines, “They tore pages from Webster’s/and filled his throat/with words like ‘gazebo’/and ‘ceremonious.’” Works such as these are set against more humanistic offerings like “Broken Stories from an East L.A. Kitchen” in which a grandmother tells the poet to “Remember the good,/God knows/the bad” as the two roll dough and share tortillas.

Fernandez’s clever turns of phrase seem to get the better of him at times. “The Stranger in the Liquor Store Who Told Me Not to Blaspheme” opens with the tongue-in-cheek couplet “Fuck your God/until he comes.” And “On Receiving My Own Portrait,” a very short piece in which the poet writes that he spent “two-and-a-half hours trying to find a place to hang himself” is rim-shot worthy. However, Fernandez’s wit is sharp for the most part, as poems like “The Grocery Store Clerk,” a genuinely funny take on the reactions of others when you tell them you’re a writer, would attest.

Overall, Spare Parts and Dismemberment is a compelling and fast-moving collection of poems. Sincere and rich with life experience–the good, bad and ugly–the works herein create a complete and most likely unfinished picture of a life. In “Absense,” Fernandez writes, “When I have children/I will never teach them everything I know.” Given the depth of emotion and skill displayed in this collection of poetry, I’d say that would be a shame.