The Kids Just Want to Rock 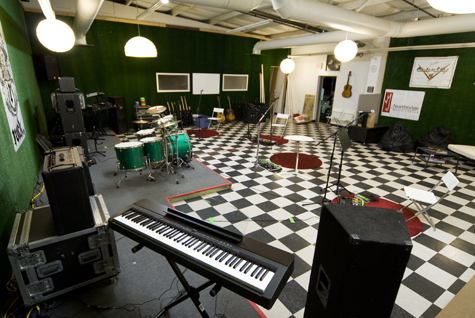 Sacramento Has Its First “School of Rock”

It’s every kids dream to be a rock star. Magazine covers, world tours, chicks—these thoughts along with the notion of performing in front of thousands of screaming fans night after night drive many to try their hand at learning an instrument at an early age. Sacramento native and CEO/founder of Rock Inc., Zac Diebels, was no different.

“When I was about 12 years old I saw a really cheesy movie with Joan Jett in it called In Light of Day, it was Michael J. Fox and Joan Jett and honest to god I saw that movie and thought Joan Jett was the coolest thing ever. My dad came home I was like, ‘Yo, I wanna play guitar.’ That was it.”

After years of lessons and repeated failed efforts at starting a working band, the group Simon Says was formed. They went on to have success both locally and nationally.

“I was like 20 years old when we got our deal,” says the now 31-year-old, “and I did that for the next six or seven years.” Simon Says released multiple albums and toured the globe.

After returning to college and getting accepted to law school, he had a sudden change of heart. “I decided I really didn’t want to be a lawyer, even after I had already gotten into law school, and so I just pursued this,” Diebels says.

What Zac is referring to is Rock Inc., Sacramento’s first “School of Rock.” It’s a brand new 3,100 square-foot facility located in Citrus Heights that not only can provide private instruction for a plethora of instruments including guitar, bass, drums, vocals, piano, brass/horns, turntables, audio engineering and production, they also place you in a group with students of a similar skill level allowing you to gain the crucial experience of playing with other people.

“The kids just want to rock, they just want to play,” Diebels explains of most of his private session students.

Nowadays, who doesn’t want to rock? Just look at the booming popularity of video games such as Rock Band or Guitar Hero. Think of Rock Inc. as a real life version of one of these games.

The staff at Rock Inc. is comprised of professional musicians who were hand picked by Diebels himself. And since most of them can play multiple instruments, there is always a complete band ready to play on the equipment that already lines the walls. All you have to do is plug in and play.

“Everything that we have is state of the art,” Diebels says of the facility. “Everything we have was spared no expense so that the student has the best potential to be their best.”

But it’s not only about the actual playing of instruments, “I want to make sure the students and people that are not necessarily musicians or players but are great with computers or are interested in more of the production side or making beats are taken care of,” Diebels asserts. “There is a huge side of the industry to that. We have a full HD Pro Tools recording studio that we contract out to bands, we teach about it, we do the whole thing.”

Students at Rock Inc. can learn to operate this industry-wide standard recording program and put their skills to the test in the same building by recording one of the many groups that Diebels has formed.

He wants to make clear that it’s not about producing stars at Rock Inc., it’s about proper guidance and the love of making music. Whereas American Idol and other reality TV shows seek to make Instamatic mega stars based on looks and popularity, Diebels wants people to know image isn’t everything. 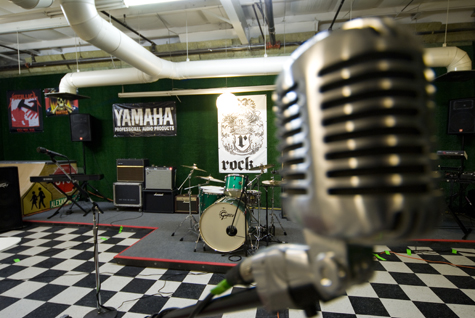 He continues by saying, “I’ve seen a billion bands that look more like they are a band than they sound, and that’s sad. This is a music school, not a machine or a marketing firm. We’re not churning out bands, or trying to create the next star. This isn’t that kind of thing.”

What Rock Inc. provides is a unique approach to musical education. This is not your typical guitar lesson. Students will learn what it’s like to truly rock from people who have done it before, and are still doing it today.

“I’m excited that I’m in a position now where I’ve had a lot of those experiences,” Diebels explains. “I’ve been fortunate enough to be able to pay the bills playing music since I was 17, and I can give the students a good perspective of somebody who’s done it, and just fuel whatever fire they have already started.”