Get a Free Lift Ticket to Squaw Valley/Alpine Meadows at the Premier of Jeremy Jones’ Higher • Sept. 25, 2014 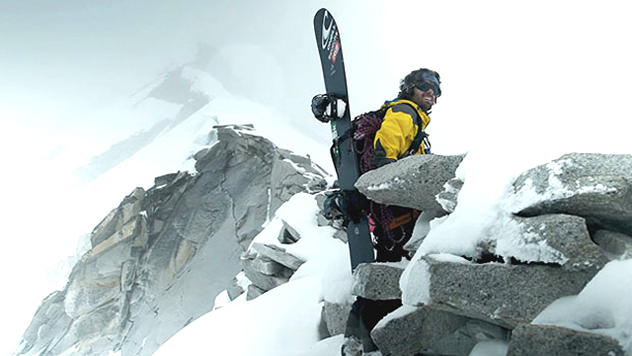 Ten-time Big Mountain Rider of the Year winner and North Lake Tahoe local Jeremy Jones is back on the big screen this fall with Higher, the third and final chapter of his epic Teton Gravity Research-produced snowboard adventure film trilogy, Deeper, Further, Higher. In 2010 Jones changed the world of backcountry snowboarding with Deeper, where he opted to climb the peaks he would descend rather than use the assistance of helicopters and/or snowmobiles, blending mountaineering, snowboarding and amazing cinematography into an awesome film. His 2012 sequel, Further, showed Jones continuing the journey and helped earned him a spot on National Geographic’s Adventurers of the Year list in 2013. The final installment, Higher, finds Jeremy Jones and his crew (Bryan Iguchi, Luca Pandolfi, Ryland Bell and others) shredding everywhere from the Himalayas of Nepal to deep in the backcountry of Jackson Hole, and the moon-like landscape of the remote Eastern Alaska Range. Higher will screen in Sacramento at Tower Theatre on Thursday, Sept. 25, 2014 at 6:30 and 9:15 p.m. Tickets are $15 in advance (available at Tetongravity.com) or $20 at the door, but best of all, with admission you get a free lift ticket that’s good at Squaw Valley (Jones’ home mountain) or Alpine Meadows! Help welcome winter to Northern California.