TOWNHOUSE TO BECOME STARLITE LOUNGE, WILL HAVE “CLASSIC MID-CENTURY” VIBE & WILL CONTINUE TO HOST LIVE BANDS AND DJs 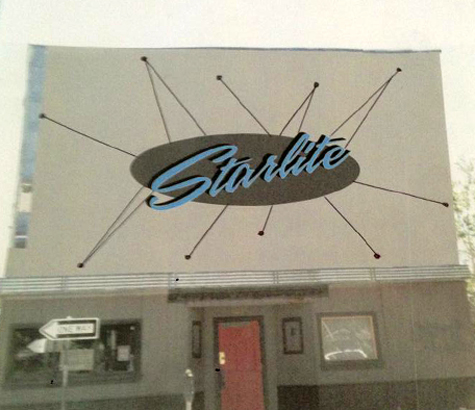 It’s been a long time coming but the gritty, run down building located at 1517 21st Street that for many years has been known as TownHouse Lounge has finally been sold and is being remodeled and re-branded. The new name: Starlite Lounge. New owner Shannon Cannon (her partner is Charlie Coyne, part owner of The Delta King), who previously helped open up and acted as bar manager for establishments such as Park Ultra Lounge, Mix Downtown and Firestone Public House, told Submerge that the downstairs portion of Starlite will have a “classic mid-century vibe” and will be a “hangout spot with a pool table, photo booth and several other large vintage items, like a ‘37 Harley Knucklehead.”

Besides having plenty of oddities to look at, Starlite’s downstairs area will also serve what Cannon calls, “Classic American comfort food.” As for the upstairs portion? She says it will have more of an “early ‘60s, old Vegas lounge vibe” and she also pointed out, much to Submerge’s delight, that’s where live bands and DJs will continue to play. “We’ll do everything from live, local bands to DJs, local and not. It’ll be pretty eclectic,” she said. No word was given as to who will book and/or promote the shows.

It should come as no surprise to Submerge readers that had visited TownHouse anytime in recent months or years that the place needed a ton of work. We’ll just say it, we’re all thinking it: it was a dump. Love it or hate it (we were always sort of in the middle) you can’t deny TownHouse was a borderline health hazard. Remember those bathrooms? Yeah, we’ll just leave it at that. Cannon went as far as to point out that the building had been running without gas or hot water.

“That’s why the health department shut it down,” she said. “My goal is to spruce it up and restore back to its better days,” Cannon said of the bar/restaurant/venue. “We have been working on the remodel nonstop for months, six days a week.” She says they hope to be done working on it by the end of July and will then look to do a soft opening event for charity.

Two other points that need to be addressed, as they seem to be very important to plenty of locals who took to Facebook ranting and raving last week when the news of Starlite first hit the Internet: the name change and the old neon sign coming down. Cannon says she did struggle with whether or not to keep the TownHouse name, admitting that it was a “Sacramento staple.” But because of liens the previous tenant had on the name, she said they “couldn’t come to an agreement on my buying the rights to the TownHouse name.” As for the classic neon TownHouse sign that has already been taken down from the front of the building, Cannon says they are not selling it or destroying it, which should hopefully chill out some local history buffs.

“I have spoken with the Downtown Preservation Society, and we are considering donating it or displaying it,” Cannon said, pointing out once again that she doesn’t own the rights to the name “TownHouse” so it cannot be displayed in her business in that manner. “I’m considering keeping a few of the letters in the upstairs portion of the bar as decor but again, it can’t read ‘TownHouse.’”

Sometimes change is good. Yes, it’s a bummer the old neon sign is down, but hopefully it’ll find a new home (all of the letters!). The building is finally getting some much-needed TLC and the upstairs will still host live music and DJs, which for Submerge at least, was one of our main concerns. We all know this town can use as many venues as possible for local and touring talent to play. So we say, “bring on the Starlite!”