Racing is What He Does

After a solid 2015 Supercross season, Zach Osborne sets his sights on Hangtown and beyond

Hangtown’s annual Motocross Classic is right around the corner and, as expected, a lot of this year’s top Supercross riders will also be on hand.

So far, 2015 has been a particularly good year for 25-year-old Rockstar Energy Racing Husqvarna Factory Team rider Zach Osborne. This young native of Abingdon, Virginia, has proven he has what it takes to compete on a national level after securing a third place finish for the 2015 Supercross season in the 250cc West class. Since age 6, Osborne has always loved to “eat, breathe, and sleep motocross,” and his passion has obviously paid off.

The Prairie City OHV track (dubbed Hangtown during the national season) has proven itself a rough course for those not in good enough shape or unable to handle difficult terrain. From its three-story-high uphills to jumps that span more than 70 feet in length, it’s riders like Osborne who train incessantly that stand the best chance of a podium finish.

Osborne is riding for Husqvarna and has proven himself one of the company’s greatest assets thanks to his technical riding skills and ability to bounce back from heinous crashes. From a horrible crash at the start of the Santa Clara Supercross 250cc main to landing on Malcolm Stewart’s bike while leading the Houston Supercross to breaking his thumb in a heat race at Anaheim, Osborne has proved his resilience.

He’s been holed up with his family, which includes his 6-month-old daughter, Emory, in the out-of-the way town of Cortez, Colorado (elevation 6,191 feet). After an invitation by friend and 450cc rider, Eli Tomac, he moved there from his current home in Southern California to practice at Tomac’s secret track. There he is able to get some practice between the end of the Supercross series and the start of outdoor motocross. This experience has ultimately prepared Osborne for the drastic climate changes he’s likely to endure this year.

Submerge caught up with Osborne and endured serious reception issues to get the lowdown on what to expect at Hangtown and the rest of the year. 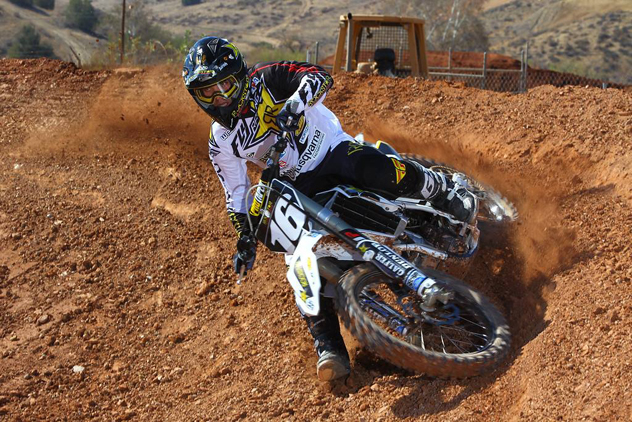 First off, everyone has seen your horrible crash either online or firsthand at Levi’s Stadium during the Santa Clara Supercross in mid-April. What exactly happened?
If you look at the video, you can’t see how bad the crash was. It destroyed my bike. I got hit from behind by Pro Circuit rider Chris Alldredge after getting the holeshot [motocross jargon for the best start out of the gate], and it threw me from the bike and totally messed up my motorcycle. There was no time during the moto to quickly fix it since the throttle got messed up. My mechanic always has wheels, bars and lot more on hand but that didn’t matter. It was probably one of the biggest crashes I’ve had in years.

How do the freedoms and responsibilities of being a racer compare between being a Husqvarna factory rider and being on your own?
I turned pro when I was 16 in 2006 and, thankfully, always had a mechanic and factory bike since I’ve been a kid. I’ve never been on bad equipment and had a very blessed career thus far. I grew up on KTM bikes, which is the sister company to Husqvarna, which I ride now. I think they’re a great company, and it’s nice to come full circle and ride one of their bikes.

How does Hangtown’s track compare with the others on today’s outdoor circuit?
Hangtown is a great track. The dirt is a little bit harder than most on the circuit, so it brings different challenges to us as riders and even a little bit of different setup. I look forward to racing there because it’s a fun track with great flow. Actually, Hangtown has always been good to me since I’ve had great finishes there, even though it’s easily one of the roughest tracks we will ride on this year. Also, I think it’s a little better place to start the outdoor series than Glen Helen [in San Benardino, California]. Hangtown has some great hills and jumps and is both rough and realistic for me to ride well. Glen Helen, on the other hand, is a really fast track that demands a different riding style. Hangtown does not have the biggest hills out there, but I can handle the hills since I grew up riding in the mountains of Virginia.

Are you able to make a living racing professional motocross?
For sure. One of the biggest things is having sponsors which help bring in extra income. Besides racing for the Husqvarna team, I am currently sponsored by Rockstar Energy, Fly Racing, Dragon goggles, Bel-Ray lubricants, Gaerne boots, FMF Racing and many others I can’t think of right now. I’m doing very well right now and get a lot of financial support whether racing for a salary or endorsing a company and taking photos for advertisements. We have a great team right now which includes Martin Davalos, Zach Bell and Jason Anderson and we get to practice on a track which Husqvarna owns in Southern California.

Are there any riders out there you dislike? Surely, Tyler Bowers must be on your shit list for some of his tactics.
Believe it or not, I don’t have a problem with Bowers. He and I have talked since I got pushed off the track in Anaheim. Honestly, there’s nobody racing me right now that I dislike. There are certain guys you know will push it when you’re coming out of a 180 degree bowl turn, but that’s expected in this business. It is business what we’re doing, and there’s money on the line for all of us to be had. There are no hard feelings for what Bowers did, but you have to think “would I have done the same in the same circumstances?” More than likely, the answer is yes. Most Supercross tracks are geared for this kind of aggressive racing.

Unlike many professional riders, you raced overseas first before joining the Nationals here in the United States on a competitive level. Why?
Let’s just say I had some struggles in my career at the pro level here. I moved overseas and eventually won one championship, a Grand Prix, and had around 14 podium finishes. Most of the deals today are the same as team deals which is a big salary up front. That’s how I paid my way while there. 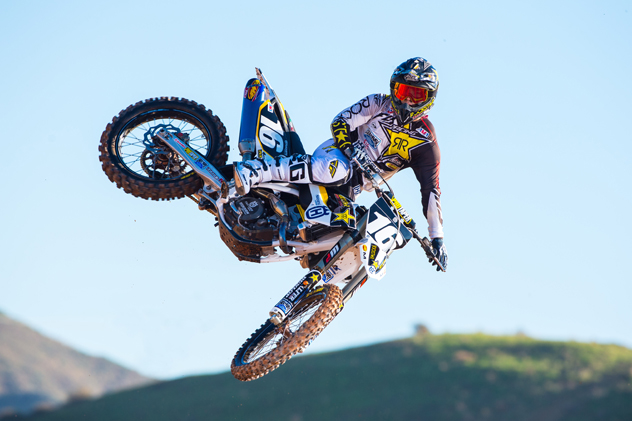 Everybody is forced to ride a four-stroke motorcyle now. Do you wish you could race a two-stroke instead?
I think the four-stroke bike took the “have-to” [know-how to ride] skill out of the equation of motocross since two-strokes are much harder to race. Right now, there’s not much technology to bring the two-stroke bike back, and it’s pretty structured. Sure, if I was 40 years old and racing for fun, I would definitely ride one again since I think they’re much more fun to ride and have a better feeling.

What changes have you been forced to make to your riding style as you become a more mature rider?
As far as my racing career goes, it means a little more motivation to take care of the family. As far as riding style, nothing changes. If anything, it makes me want to push myself harder to do well and land on the podium as much as possible. In everyday life, it changes a lot like it would anyone else who feels a responsibility when taking care of someone. Finding a balance is pretty easy for me. I know my body well, so my training comes pretty natural. As long as I’m not over-training and exhausted, I have good balance. I also enjoy golfing and fly fishing as my hobbies.

Were your parents and immediate family supportive of you racing and pursuing a motocross career?
For sure. I’m the only child in my family and feel it’s worked out very well for me. I feel blessed for everything I’ve been able to do and, of course, couldn’t have done it without them. There were certainly no drawbacks to being an only child. I think in terms of my career it helped just because I was the only thing my parents had to focus on. I’ve been married since October 2012 and have known my wife since we met at a motocross race in Oklahoma when we were 12 years old.

Any concerns about your age? One of my other favorite riders, Chad Reed, is 33 and still doing very well and is super fast.
I’m a little older than many riders you see now on the starting line. This year will be my third season after being back in the States. I guess you could say I’m a late-bloomer but this worked out for me after seeing this season’s Supercross results. I thought I had second place in the Supercross series but the crash at Santa Clara changed things. While I do get paid well for racing motocross, I plan to do this as long as I can since I do have a family to support. I also plan to do some off-road racing later down the road. Racing and riding are what I do. 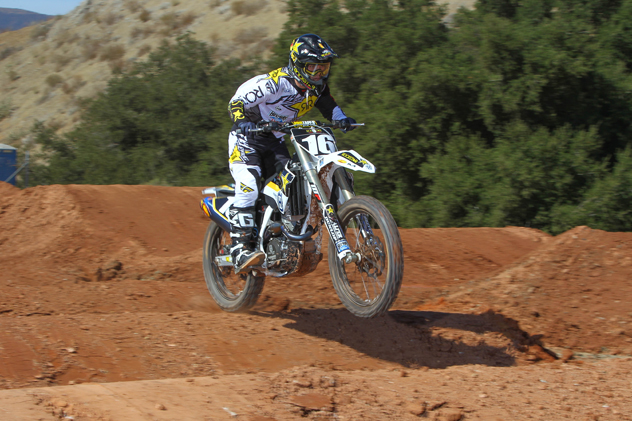 The 47th Annual Hangtown Motocross Classic is May 14 to 16, 2015, at the Prairie City SVRA Park in Rancho Cordova. Tickets and full race information are available at Hangtownmx.com (or call 800-426-4869). Keep up to date with Zach Osborne at Facebook.com/osborne338.