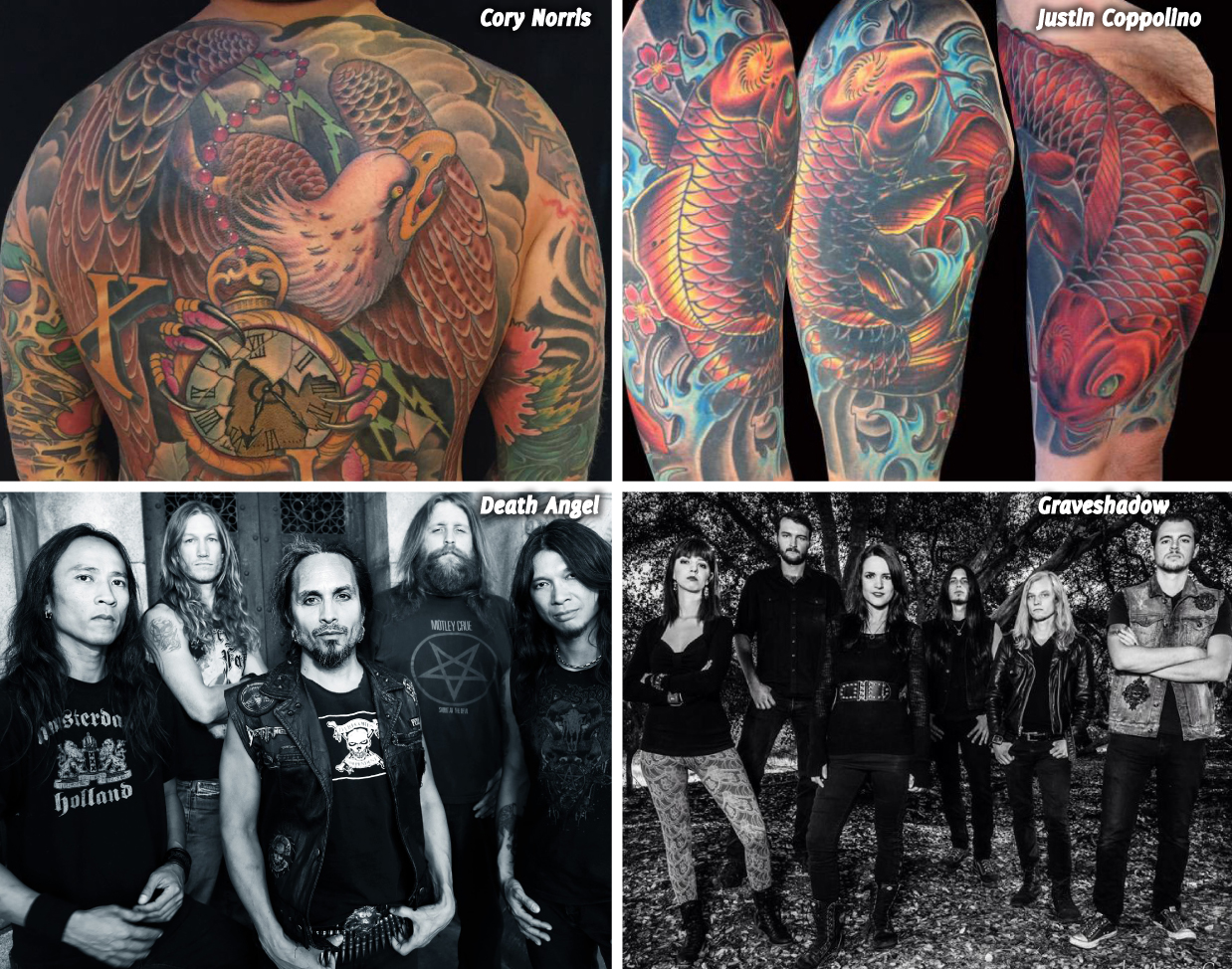 Did you know that approximately 40% of all adults in the U.S. ages 26–40 have at least one tattoo? We’re not good at math, but, like, that’s almost half! Clearly, tattoos and “subculture” in general are here to stay, and the movement is only growing. For evidence, visit the three-day event dubbed the NorCal Tattoo & Music Festival that is set to invade Cal Expo in Sacramento from April 8–10, 2016. It will bring together some of the most talented tattoo artists from our area and beyond, as well as headliner-level rock and metal bands, MMA fighting action and thousands of people like you who love tattoo culture, loud music and mayhem. Justin Coppolino from Tattoos After Dark—an Oxygen network reality show from the makers of Jersey Shore—will be there, as will local artists like the guys from Legacy Tattoo, Cory Norris from Classic Tattoo in Grass Valley, and dozens of others. San Francisco Bay Area thrash metal legends Death Angel headline Stage A on Saturday night along with Flotsam and Jetsam, Hatriot, From Hell and more, and Stage B will be rocked by Oakland metal greats Skinlab, All Hail the Yeti, Death Division, Valor and Vengeance and others. On Sunday you can catch 15 bouts of MMA Madness presented by 5150 Fightwear with 14 bands (many of them local!) playing in between fights. A three-day pass to NorCal Tattoo & Music Festival is a steal at just $50, or snag individual day passes for $25. Get ‘em online at Thenorcalfest.com and follow Facebook.com/NorCalTattooandMusicFestival for updates.
– JC