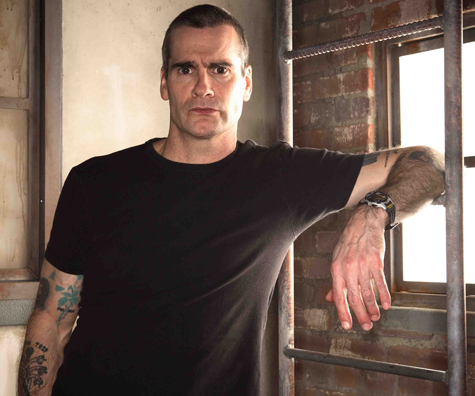 Through it all, however, Rollins has maintained the same tireless work ethic—not to mention the imposing physical presence—that took him from his self-described humble roots to being one of the more recognizable faces in entertainment. With a recently announced role on the second season of Showtime’s Sons of Anarchy and an upcoming spoken word date at Sacramento State, we caught up with Rollins via e-mail, where we learned, among other things, that humor doesn’t translate well digitally. And, that no one fucks with Henry Rollins. Ever.

Would you agree that a certain segment of the population knows you these days more as an actor/television personality/talking head than as a musician? What are the differences between those lifestyles, other than being able to afford to eat?
I can’t possibly tell you what percentage of people who know me know me from what. I do get a lot of people telling me they saw me on TV or in a film but it seems to be as much as people saying they liked that song or whatever. I only have one lifestyle. I work and that’s about it. Everything in my life is about the work pretty much. In that, it’s all the same: deadlines, obligation, performance, etc.

On the new season of Showtime’s Sons of Anarchy you play a violent neo-Nazi. Besides getting a bunch of tattoos, getting super physically fit and shaving your head, how did you prepare for this role?
I already had the tattoos and was in shape. I got a slight haircut, but that was about it, prep-wise.

All joking aside, as someone who is so outspoken against racism, was it a stretch to play such a vile character? Or is he something of a sympathetic figure, a nice guy at heart?
The guy has no redeeming qualities besides doing what he’s told. It wasn’t a stretch to play the part, though.Ã‚Â

You’re coming through Sacramento next month, home to celebrity-turned-governor Arnold Schwarzenegger. Do you have any political ambitions of your own?
None.

What’s your take on the current health care debate? What’s your take on the current state of politics in general?
I think that people in America would be better off if they didn’t have to lose everything because they get cancer. I think if you have a for profit healthcare system, then you make your money by denying care, basically what those who do that are accusing others of doing. I think you have a country with systems and priorities that need an overhaul. The overhaul would require big business to have a slightly humanitarian pulse, so you know it won’t happen.

What can people expect from your upcoming spoken word set?
I’ll be talking about where I’ve been recently and what I got from all the miles.

How do you think you’ve been able to consistently reinvent yourself, while (at least seemingly) remaining true to who you are?
I follow my interests so I am always interested and into what I’m doing.
I come from nothing much so it’s all pretty interesting to me.

To that end, what’s next for Henry Rollins?
I will be traveling all over the world up until tour starts in mid January 2010.

What tour is that?
I will be out for several months, all over the world, doing speaking dates.

2012: Apocalypse or bullshit?
I don’t know what you mean. I don’t think Obama has a lock on a second term by any stretch. I don’t see anything getting much better from now until then. I think some people want it that way.

Any good recommendations as far as books, music, food, places to go, shit to see?
Eamon Fingleton’s book In The Jaws of the Dragon was an interesting read to me at least. It’s about Chinese-American relations. The new Horrors album Primary Colours is really cool; Pray the Devil Back to Hell is a good documentary I saw recently. And I reckon every American should go to at least three African countries.

What do you think that the average American would get out of spending time in Africa?
Perhaps a better understanding of what valuable resources food and water are. What we waste in food and water could feed hundreds of thousands of people. 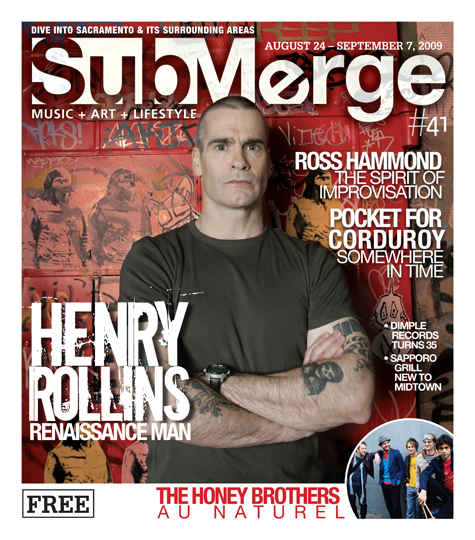 Henry Rollins will no doubt be more vocal at his upcoming speaking engagement at Sacramento State’s University Union Ballroom on Thursday, Sept. 17. This free event starts at 7:30 p.m.