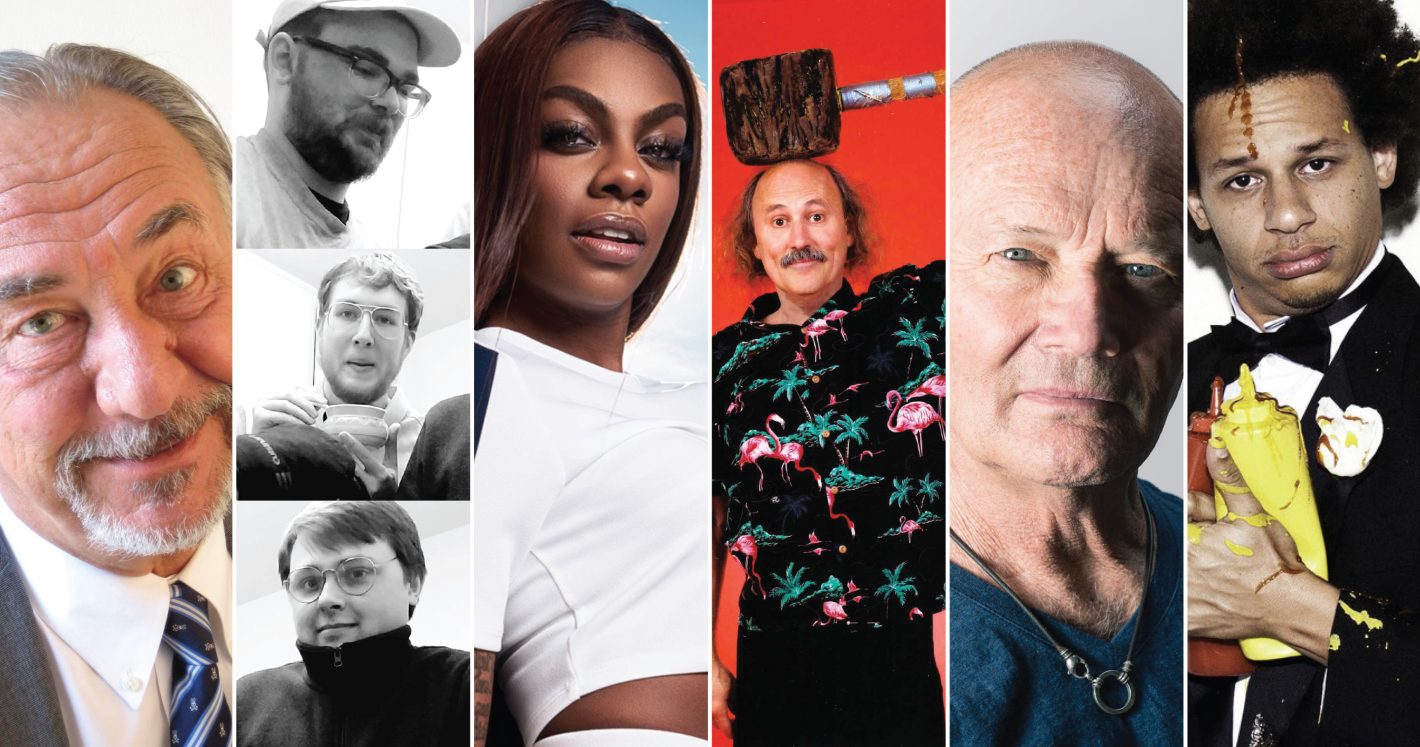 Have you ever heard the phrase, “You’ve got to laugh to keep from crying?” It sure does seem to be more true nowadays than ever, doesn’t it? What with the everyone-is-always-outraged-about-something world we live in, it’s nice to find distractions from scrolling through our mostly hate-filled social media timelines. My favorite distraction? Comedy. Particularly of the live-and-in-person variety. Luckily for us here in Sacramento, we’re sitting on a comedy goldmine. Week in and week out, there are great comedy shows in and around this city, so do yourself a favor and go laugh your face off at one of these upcoming comedy spectacles. As always, we here at Submerge encourage you to: Read. Learn. Do rad things.

Comedian, columnist, actor and author Will Durst, who has been described by the New York Times as “possibly the best political comic working today,” is bringing his Durst Case Scenario: Midterm Madness show through town on Saturday, July 21 to the The Sofia Tsakopoulos Center for the Arts (2700 Capitol Ave.), aka the new B Street Theatre. Doors at 6:30 p.m. and all ages are welcome. More info and tickets ($30) can be found at Bstreettheatre.org.

The Sacramento Comedy Spot (1050 20th St. #130) is known for hosting hilarious and off-the-wall improv shows and The Daddy House on Friday, July 27 at 10:30 p.m. should be no different. It’s a show in the style of a 1950s family sitcom (think Leave It to Beaver) about a family of—you guessed it—all dads. The dads (played by Nick Magavern, Ryan King and Court Hansen) will “get into a series of wacky mishaps and teach touching life lessons in this semi-improvised, semi-written extravaganza!” Tickets for The Daddy House are just $5, but it’s free if you buy a ticket for the 9 p.m. “YOU! The Musical” show ($12). More info at Saccomedyspot.com/calendar.

Stand-up comedian Jess Hilarious first found fame by posting hilarious short skits on her Instagram (where she has amassed 3.8 million followers!), and now she has appeared on VH1, BET and is selling out shows around the country. She will also be the female lead in an upcoming comedy pilot on Fox called Rel, with Lil Rel Howery, Jordan L. Jones, Sinbad and others. You can catch Jess at Tommy T’s (12401 Folsom Blvd., Rancho Cordova) where she’ll perform five sets between July 27 – 29. Hit up Tommytsrancho.com for more info and tickets.

On Saturday, July 28, the newly opened STAB! Comedy Theater (1710 Broadway) will host their First Annual Gallagher Tribute Show in honor of the great comedian’s birthday (which is July 24), and STAB!’s very own John Ross gave us the lowdown on this sure-to-be-weird-and-awesome show: “The event will consist of 10–15 comics doing their own original comedy while dressed as Gallagher and smashing shit during their acts,” he told Submerge (Gallagher is, of course, known for smashing watermelons and plenty of other stuff on stage as part of his act). “We will also be encouraging the audience to show up in their best Gallagher costume, as we will be having a Gallagher costume contest.” The show is all ages, starts at 7 p.m. and is $10 for adults and just $5 for kids. Learn more at Stabcomedytheater.com or Facebook.com/stabcomedytheater.

Creed Bratton is one of those guys where if you don’t recognize his name in writing, when you see his face, you’re like, “Ohhh, I know him!” Bratton played a fictional version of himself on nine seasons of the NBC hit comedy The Office, and on Sunday, July 29 you can catch An Evening of Music and Comedy with Creed Bratton at Holy Diver (1517 21st St.). Tickets are $20 in advance at Holydiversac.com, and the show is all ages, with doors at 7 p.m. Opening will be Control, Sam Jones and Amber DeLaRosa. A well-rounded night of live entertainment!

If you’re a fan of Cartoon Network’s late night programming block, Adult Swim, chances are you’re already a huge Eric Andre fan. He’s the creator, host, and co-writer of The Eric Andre Show, a parody of a low-budget public access show that features ridiculous interviews, sketches, pranks and more. Andre is making his way to Punch Line (2100 Arden Way) where he’ll perform five shows between Aug 2 – 4. These shows are pretty much guaranteed to sell out, so hit up Punchlinesac.com ASAP to secure your tickets. The shows are all 18-plus, and tickets start at $25.

Find more comedy shows, concerts and other regional events in our calendar section!