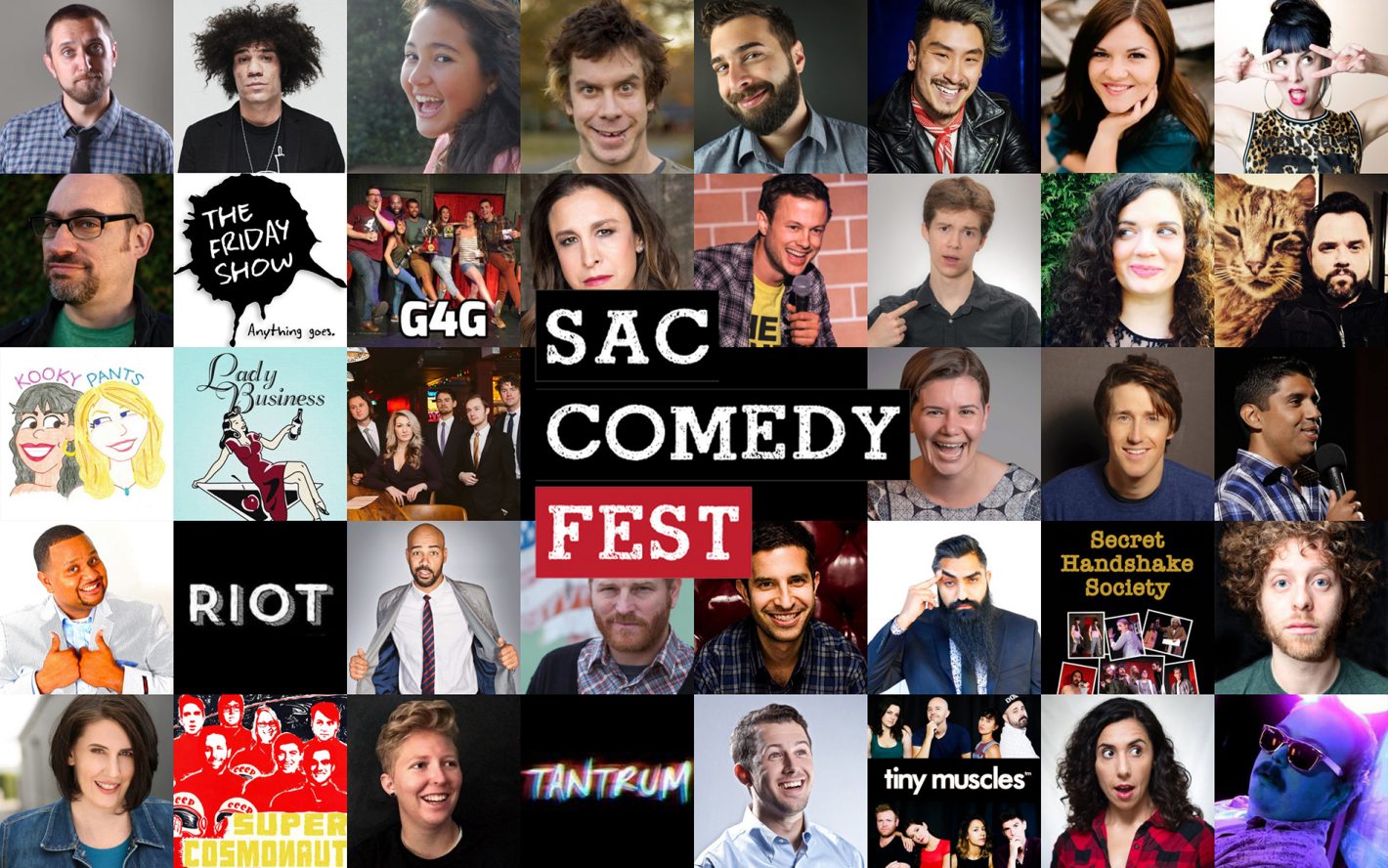 Lately there’s been all this talk around town, amongst not only locals but by City Hall and many media outlets, about trying to make Sacramento more of an “arts and cultural mecca,” and what it would take to make our city a “destination” for more performers to want to stop here. If you’re in certain social circles, like I am, you’ll likely hear a lot of talk, a lot of complaining, a lot of opinions (mostly spewed over social media). But you know what’s better than all of that combined? Freaking actually doing something. Taking action. Throwing rad events. Putting your neck out on the line not just because it’s the cool thing to do, but because you actually care about Sacramento’s culture.

You know who does all of that, consistently, year in and year out? A few locals come to mind, but for now I want to focus on Brian Crall and his many cohorts at Sacramento Comedy Spot. Not only does this Midtown institution host up to six shows a week, but come Oct. 6–8, they’ll welcome improv groups, stand-up comedians and sketch comedy groups from 15 cities around the country (including New York City, New Orleans, Fort Lauderdale and more) for the Seventh Annual Sacramento Comedy Festival.

The Sacramento Comedy Fest is operated by Sacramento Comedy Foundation, a 501(c)3 nonprofit who, according to Saccomedyfest.com, “Strives to be an active player in Sacramento’s arts and cultural renaissance by promoting the city as a comedy destination.” The event is a perfect example of the sort of happening that actually makes our city more cultured, and we’re thankful to Crall and his entire team for throwing grassroots events like this.

Alright, enough of that. Here are a few highlights to expect at this year’s Comedy Fest:

A “half character cage match, half Japanese game show,” which just sounds amazing, closes out the festivities on Friday, Oct. 6. “Super Fantastic Character Showdown,” as it is called, appears often at The Pack Theater in Los Angeles and is hosted by Jeff Sloniker from The Midnight Show sketch comedy group based at the famed Upright Citizens Brigade Theatre.

Saturday, Oct. 7 will feature not one, but two stand-up showcases featuring a whopping 16 comedians and will be hosted by Sacramento’s Jason Bargert and Melissa McGillicuddy.

On Sunday, Oct. 8, the very exciting “Improv Fight Club” will take place at 6 p.m. This tournament-style show takes 32 Comedy Spot improvisors, divides them into four teams, and pits them against one another for the title of champion and a cash prize of $200. A text message vote from the audience will decide who wins!

There are many more awesome events taking place during Sacramento Comedy Fest, but we ran out of room to feature them. To learn more, see a full rundown of shows and get tickets in advance (all access weekend passes are just $40, with individual shows starting at just $8!), visit Saccomedyfest.com. All shows are at Sacramento Comedy Spot, located at 1050 20th Street, Suite 130.