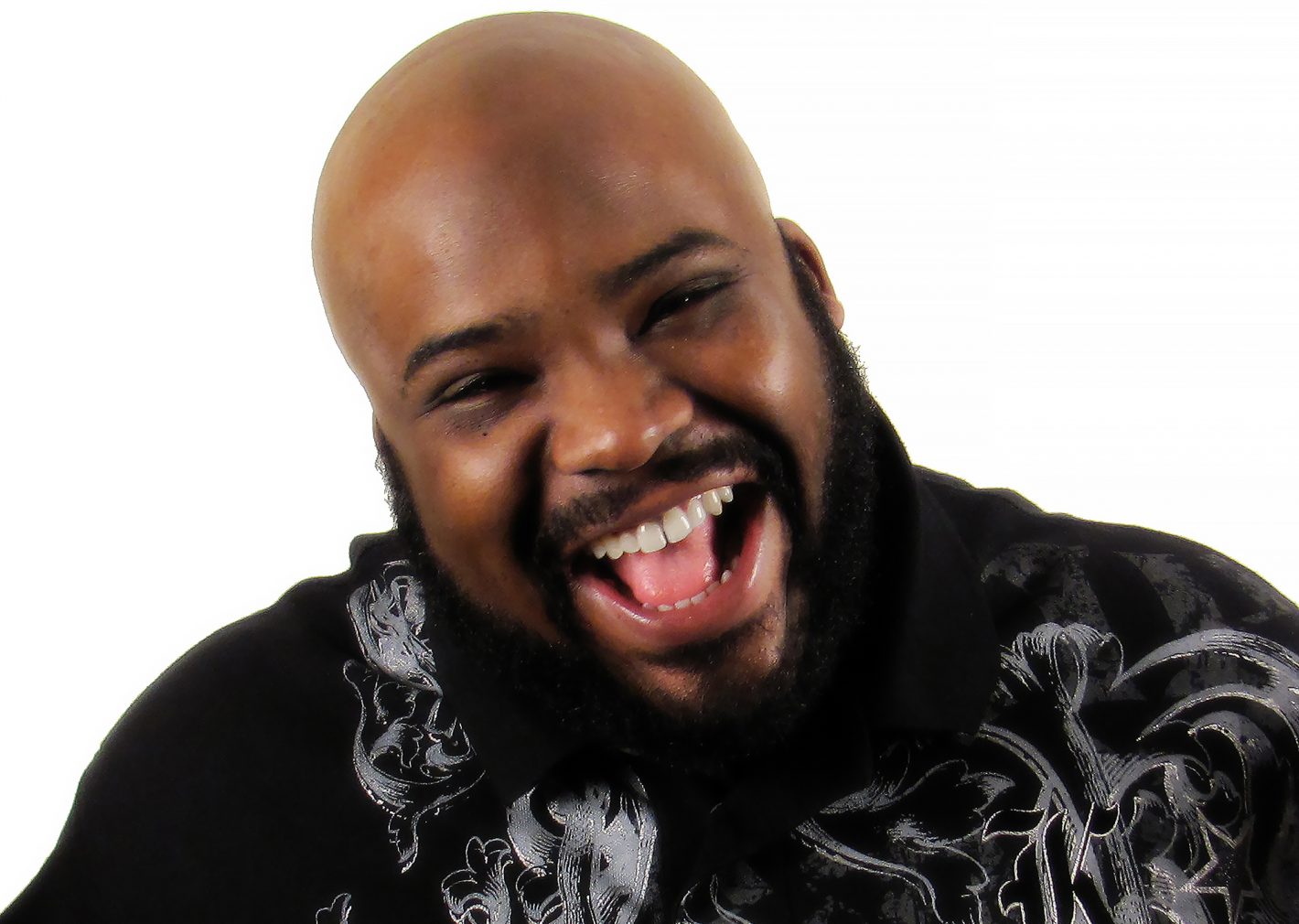 Everyone who knows Dejan Tyler knows two things about him: the dude loves comedy, and the dude loves food. The self-proclaimed “Underground Soup King,” Tyler is the host of the YouTube show Deez Eats, curator of the world’s most delicious Instagram and connoisseur of every restaurant within a 100-mile radius of the 916. Name a barbecue joint you stopped by once wandering three miles off the freeway looking for cheap gas in Dixon, and he will tell you what to get and what day of the week they make pozole.

So as Tyler left my house Sunday afternoon after a few hours talking and sharing a box of tissues (for the smoke, not the tears), I realized I’d forgotten to ask him the only question I had actually prepared. If he could only pick one, which would it be? Food? Or comedy?

“Comedy,” Tyler answers without missing a beat. “But I would probably just talk about how much I miss food.”

Much less clear to Tyler was how long he’d actually been doing comedy, but ultimately he remembered his mnemonic device for this question. “I know my career and my son are the same age … So yeah, 13 years,” he said in a voice that made me think his son could be anywhere from 10 to 23.

Thirteen years is a long time even in comedy, where careers seem to age in dog years, and Tyler is just now coming off the release of his first album, Get Rich or Diabetes.

It was a roundabout road just getting there, sometimes literally. Last year, Tyler entered the World Series of Comedy, a national comedy competition with satellites all around the country. Tyler’s first qualifying round was at Laughs Unlimited in Old Sacramento. On the way to the show, he got in a car accident. Another driver had cut him off and smashed into his car.

“She didn’t speak English, but I didn’t have insurance,” Tyler remembers.

The situation was not going to be solved anytime soon, making him late for the competition. Worse, the judges’ criteria included professionalism, so Tyler was being docked for every minute he was late.

“When I finally got there, Joe Lowers [the WSOC executive producer] said, ‘I was gonna tell you to not even perform at all, because you lost so many points already.’”

Tyler won first place that night, but with the deductions he barely squeaked through to the next round. Over the next two weeks he eventually made it to the final round in Las Vegas, where he took second overall.

After the show, one of the judges, David Drozen, approached him. Drozen, a long time comedy producer, had produced albums for hundred of comics, including Richard Pryor, for which he won a Grammy. Now the CEO of Uproar Entertainment, Drozen asked Tyler if he would release an album on his label.

Tyler credits his humorous heritage to his grandmother.

“My grandmother was hilarious,” he says. “She killed me. That’s where I get it from. She was a riot.”

Tyler’s grandmother had an old school stereo/cassette player, on which he remembers listening to records like Richard Jeni’s Platypus Man and Robin Harris’ Bébé’s Kids.

“I would sit in front of the speaker and just listen to it over and over and over,” Tyler says of Bébé’s Kids. “I was like, I never heard nothing like this.’ The first time I heard it I was in tears. I couldn’t breathe.”

In school, Tyler’s quick wit got him into trouble just as much as it got him out of it. Tyler’s family had moved from Inglewood to East Palo Alto just after he was born.

“In the ‘80s when crack was poppin’ off, East Palo Alto was wild,” says Tyler. “I had a smart mouth. I would talk myself into shit, and fight my way out of it.

“This one kid, Raymond, had this crazy-ass buckwheat hair, and one day these girls were talking about him and said, ‘He’s so ugly he’s cute,’” he continues. “I’m like, ‘Nah, he just ugly.’ But I didn’t expect everyone to laugh that hard. And he was little and always had a runny nose, but was crazy in the face. He looked feral. This kid jumped on me, and I felt like he was in my clothes. He’s in my shirt biting and scratching. I didn’t know those were his cousins that were talking about him. I should have stayed out of it. But I just called Crazy Ray ‘ugly.’ And then I had to fight him every day. We fought at school. We fought on the bus. Other kids would tell him where I was.”

Tyler survived his experience with Raymond to go on to play in marching band and orchestra in high school, as well as play football for the South Sacramento Vikings. But even before they became his living, words were always his primary weapon.

“I didn’t always wanna do stand-up, I just like entertaining people,” Tyler says. “I tell good stories. My base skill is communication, not necessarily comedy.”

When he finally tried stand-up comedy for the first time, he was ready.

“My first time, I murdered it, because I didn’t know any better,” he says.

Now, he’s embraced the 13-year (probably) struggle to find his audience after that day in 2005, and the perils of being seen as a comic’s comic, a distinction that can be both a blessing and a curse.

“More comics are digging my work than audience members sometimes,” Tyler says. “But the amount of exposure I’ve gotten being a procrastinator is probably the amount I deserve.”

Tyler knows taking the next step requires leaving Sacramento and his job in property management, which he says is tough because it’s both comfortable, and a great source of material.

“I’m in it for the experience,” Tyler says. “Shit’s crazy. It’s a lot of women. Being a young, black dude in that field, I know why I’m there. I’m always at the hood property, because they’re scared. I’m like, ‘It’s just drunkass Tony, man, chill out!’”

But the album and its reception in the last few weeks have served as huge inspiration for Tyler. He recorded it over five shows at Laugh Unlimited, which Tyler considers his home club, and it was his first headlining weekend there.

“I really felt like this was a culmination of my journey in comedy thus far,” says Tyler, and it’s left him feeling like there’s a lot more he wants to say to the world.

“I’m a lot more motivated right now. I really see it,” he says. “You ever see The Last Dragon, at the end, where they dunk him in the water and go, ‘Who’s the master?’ I’m like, you know what? I’m the master, motherfucker.”

Dejan Tyler’s album, Get Rich or Diabetes, is out now on Uproar Entertainment. To give it a listen or to get yourself a copy, go to Uproarcomedycd.com. You can see Tyler live at Punch Line (2100 Arden Way, Sacramento) on Sunday, Dec. 2 with Zach Edlow, presented by Homegrown Comedy. For more info, go to Punchlinesac.com.