All Aboard! Davis’ Boot Juice Craft Songs That Conjure the Spirit of the American West 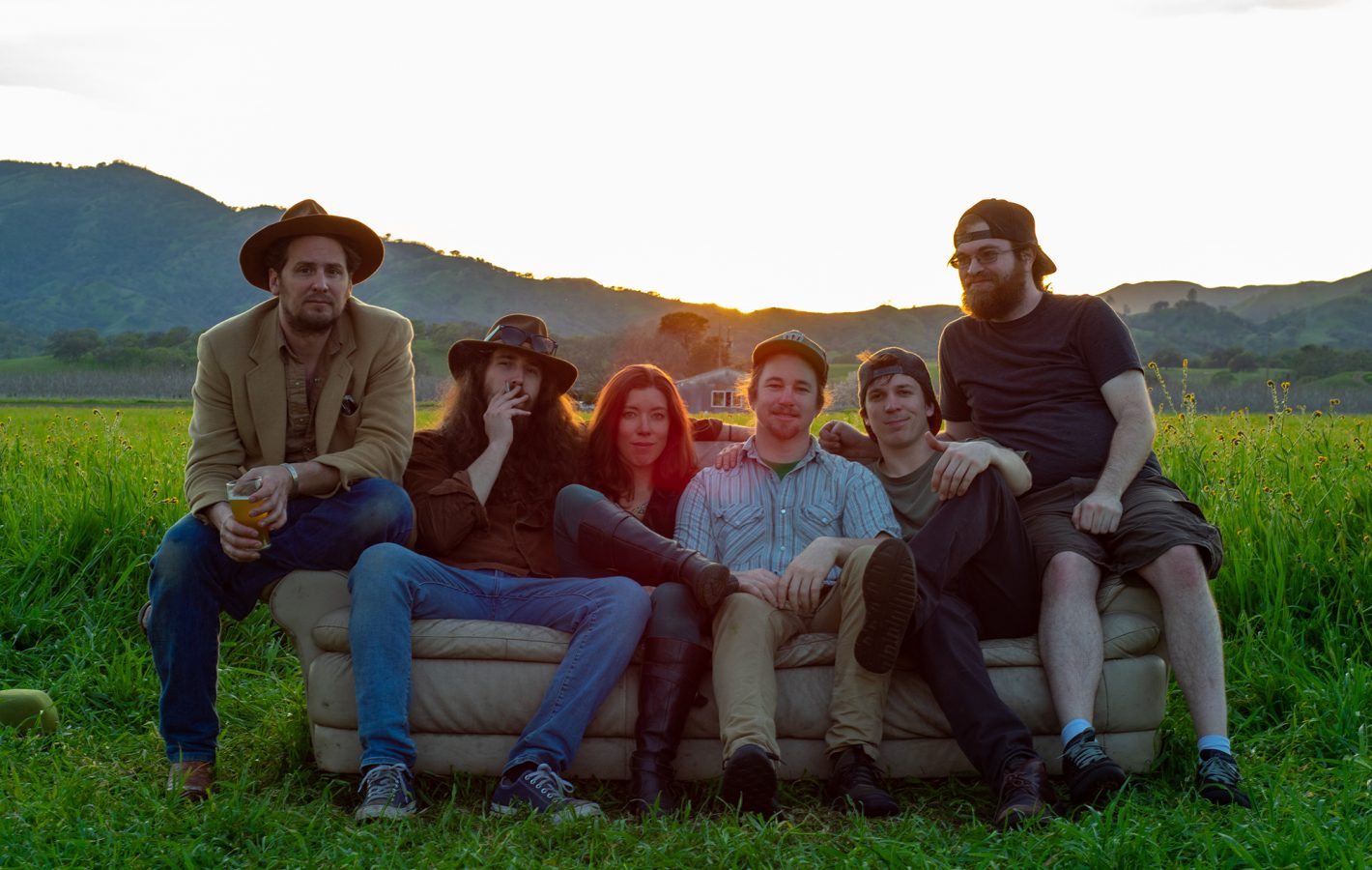 On an uncharacteristically overcast May morning in Davis, Connor Herdt and Evan Daly of the band Boot Juice sit outside Delta of Venus cafe and munch on breakfast. It’s a favorite spot for the band, most of whom grew up together in the sleepy college town, but they never like to stay in one place for long. They just played a show the previous night at Woodstock’s Pizza downtown, and soon they’ll be hitting the road for Santa Cruz to play another show. Before long, they’re going on tour.

Though now a six-piece band, Boot Juice began with the songs of Connor Herdt.

“I’ve been traveling around with an acoustic guitar for 10 years,” says Herdt.

In 2012, Herdt moved from his native Davis to Boise, Idaho, where he found seasonal work as a guide for a rafting company just north of the city on the Payette River. Though he would return to California when the summers were done, it was out there in Idaho that Herdt developed the blend of folk, blues, country and rock that would become Boot Juice, in the small town of Banks.

“It’s a very small town. It’s one cafe, and then all the seasonal river guides converge at this one cafe,” Herdt says.

Daly, a lifelong friend of Herdt’s, first came out to visit in 2014 on a roadtrip with
an ex-girlfriend.

“One of our stops was meeting up with Connor out in Banks, Idaho, and we canceled other things on our road trip so we could stay there,” Daly says. “It was so nice.”

Herdt and Daly started playing as a pair in the small towns surrounding Boise, finding themselves particularly at home at a bar in Crouch called the Dirty Shame Saloon.

“The raft guides and the rednecks hang out there,” explains Herdt. “It’s this country dive. That was where we cut our teeth.”

From then on, Daly would come out to join Herdt in Idaho in the summers, each year staying a little bit longer. They also started bringing more old friends from Davis out with them, not just to share the beautiful landscapes but also to start filling out the band. In addition to Herdt and Daly, the Boot Juice lineup solidified around Brett Worley on bass, David Provost on drums, singer Jessica Stoll and Alex Roth on mandolin.

Out there in the country, Boot Juice really began to find its footing. The shows kept getting bigger and bigger, and people took notice.

“One of the girls that I worked with in Idaho, she went to all of our shows and really dug
the music. She showed it to her [godfather],” Herdt says.

The godfather, it turns out, was Los Angeles-based producer and engineer Scott Gordon, whose résumé includes work with the likes of Robby Krieger, Ringo Starr and composition on the show Criminal Minds.

“It was magic,” says Gordon about his chance introduction to Boot Juice.

Late last year, Boot Juice traveled down to Gordon’s studio in Los Angeles to record their first full-length record called Speaking in Tones. The 12-song record captures the band’s big sound, from the heavy blues of “Save My Soul,” the country licks of “Back on the Road pt. 1” and the gospel-inspired title track, “Speaking in Tones.”

“They’re really good players. It stretched my studio to the limit, and we had a really good time,” says Gordon. “They’re just excellent humans, every one of them.”

Gordon says he arranged his small home studio to record the band in a way to capture a live feeling as best as possible. The songs, written primarily by Herdt and Daly, mostly started as ideas for one person and one guitar. They’ve grown into hearty compositions full of acoustic and electric guitars, harmonicas, pianos, percussion, mandolins and multiple voices.

“It’s become a lot more rock ‘n’ roll. It’s like a folk song in a rock arena,” Herdt says about the sound of the upcoming record.

“It’s like in the coffeeshop, on the big stage,” Daly adds. “When I put on the record and listen to it in the car, depending on my mood, it can take me either of those places.”

To give it a name, the Boot Juice style falls under the wide umbrella of Americana or western music. It’s a sound born from the many miles tracked by the lifelong friends from Northern California all the way to Idaho, and many other mountain towns in between across the American West.

“We still have more of a following there than we do here,” Herdt admits.

“We’ll play in a country bar in the middle of nowhere and people will go nuts,” Daly adds. “But people in California are really hard to impress.”

While the band summers in Idaho, they often live in a big white bus featured in the album art designed by Stoll.

“It was the bus that took people to the river for years. It’s like a 1979 International diesel school bus. We got it super cheap from the raft company owners,” Herdt explains. “We move it three or four times a year and live in it wherever we can park it.”

Usually, home is the big campsite on the Payette River owned by the rafting company. The bus is more than just a shelter. The band has also used it as a recording studio, and the live video of “When I’m Old” they tracked there last summer helped get the attention of Gordon.

The only thing it can’t really do is drive all that far.

“It’s not really reliable,” Herdt says with a laugh. So, they don’t use it to tour.

The members of Boot Juice have been musicians all their lives, playing in many different projects over the years. Herdt and Daly both say that Boot Juice feels like the real deal, and everyone is doing their part to capitalize on the opportunities presented to them.

“We understand how rare that is,” Daly says about the opportunity to bring their songs to life on a professionally produced record with a talented engineer, “and how important it is that we do a good job.”

Armed with their first record, Boot Juice kicked things into high gear, starting with twin release shows in Sacramento at the Goldfield Trading Post on May 25, then at The Olympic Venue in Boise on May 31. After that, it’s a short tour in towns across California, Nevada, Idaho and Montana.

They’ll be promoting the physical release of Speaking in Tones, which they’ll have on hand to sell but is also available at Armadillo Music in downtown Davis. The digital release is set for June 15.

“It feels like more than just tunes we sing to each other in front of the campfire now,” says Daly.

Pick up physical copies of Boot Juice’s debut, Speaking in Tones, at Armadillo Music (207 F St., Davis). Support local music, and a local record store. Win-win! Digital copies of the album will be available starting June 15. Check out Bootjuicejams.com for more info. You’ll be able to see the band live in Davis on Saturday, June 22 at Odd Fellows Lodge (415 Second St.) as part of the Davis Music Festival. For a full lineup of who will be appearing at the three-day fest, go to Davismusicfest.com.