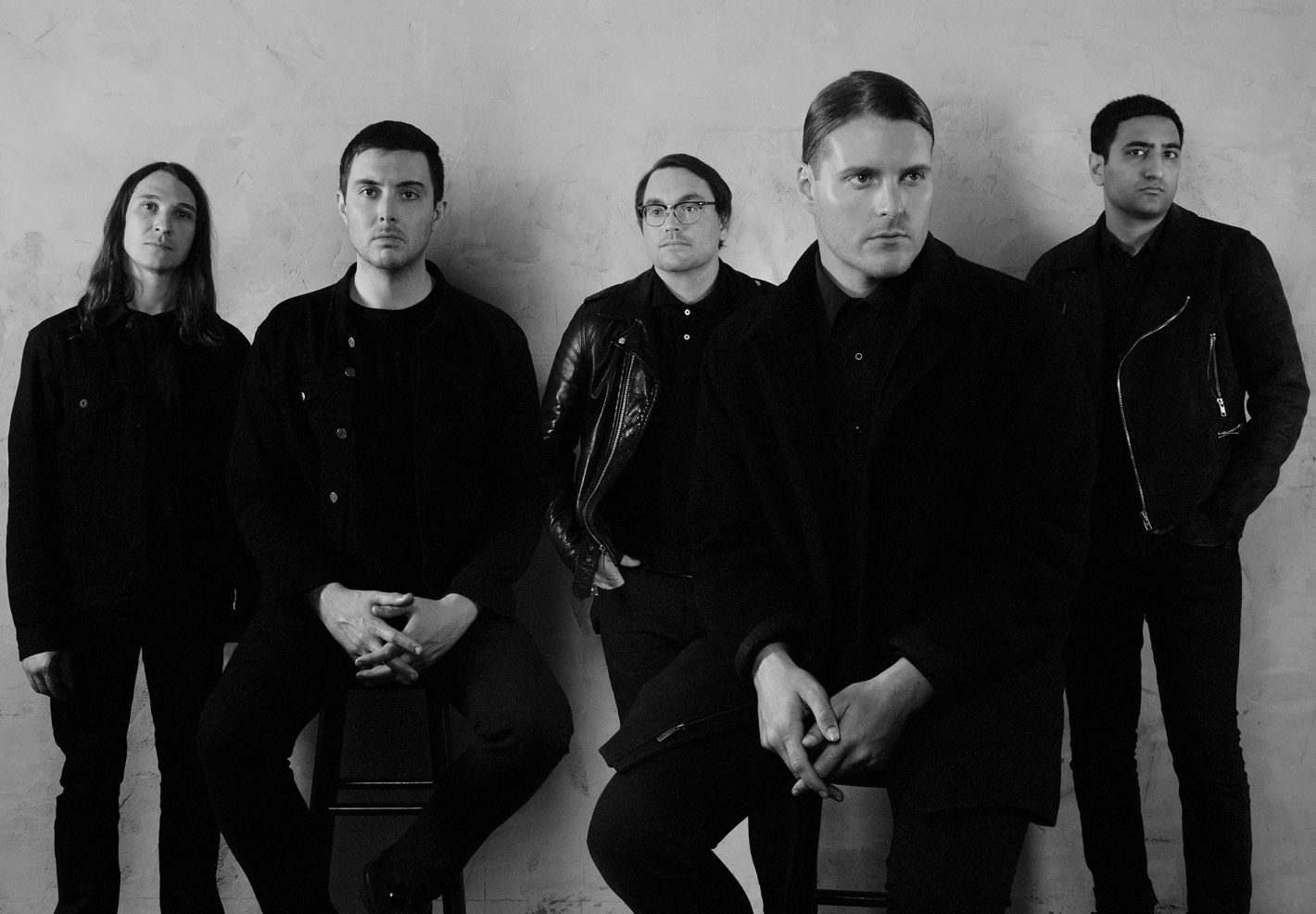 Listening to Ordinary Corrupt Human Love on a packed light rail car, scraping along through the wreckage of the workweek under the full weight of afternoon midsummer heat, in close quarters with inscrutable humanity—anonymous lives in the thick of their separate mortal coils—might be the ideal context in which to slip into the most recent offering by Deafheaven. Eschewing the frozen wastes and infernal abysses of metal hyperbole, and mostly foregoing the introspective dread and purgation of the band’s previous albums Sunbather and New Bermuda, Ordinary Corrupt Human Love allows breathing room in which to enjoy Deafheaven’s ever more sophisticated sonics and passages of understated beauty in between the cinematic, pulse-pounding peaks. Such moments still abound, but a new focus on earthbound visions and the beauty in day-to-day existence has altered the emotional timbre this time around.

If this is a wistful look back, then it is well-earned, and perhaps the first opportunity they’ve had to do so in the seven breathless years since their debut, Roads to Judah, was released. The shadows of their twenties grow long. After breaking out of Modesto, a decade of hard party life and turmoil ensued as they ventured from San Francisco to Los Angeles, their stars rising almost immediately. Early commercial success and critical hype supplied by tastemaking blogs and publications unleashed a wave of interest in indie circles and an equally thunderous wave of spite among black metal genre cultists more concerned with face paint and cover art than great production, technical chops and originality. The comment-section-level discourse, once fierce, has since died down, blown away with the chaff by a continuous gust of quality releases and a determination to follow their instincts into whatever stylistic territory they may lead.

Ordinary Corrupt Human Love begins with a subdued spoken word piece describing a flock of geese passing overhead in the Oakland dusk. Even during the flintiest moments that come afterward, the main current of the album is a collection of fragmented observations of poetic happenstance amidst natural and intimately human surroundings. It feels quintessentially Californian in some sense, the feeling of perfection escaping in the corner of one’s eye, a consistently frustrated yearning for utopia, an unrequited romance with life in a nonexistent universe, and the stark specter of reality coming into full bloom while tugged at on all sides by the perpetual call of the dream. It ranges from blazing on “Honeycomb” to haunting on the Chelsea Wolfe duet “Night People,” both tendencies converging on the beautiful closing track “Worthless Animal.”

However you parse out the influences that have made up their sound, from black metal to post-hardcore and shoegaze, Deafheaven is less “about” any of those styles and more about empathy and reflection, sentiments that today have almost become as extreme as their musical expression, which may play some part in their wider success. The new record is the sound of a band content in its manifestation, calmly embracing the inherent faults of earthbound life.

We had the opportunity for a brief chat with vocalist George Clarke on some of the ideas floating around Deafheaven’s fourth LP ahead of their Sacramento appearance next month alongside the post-industrial wrath of Uniform and the sepulchral grace of Drab Majesty. 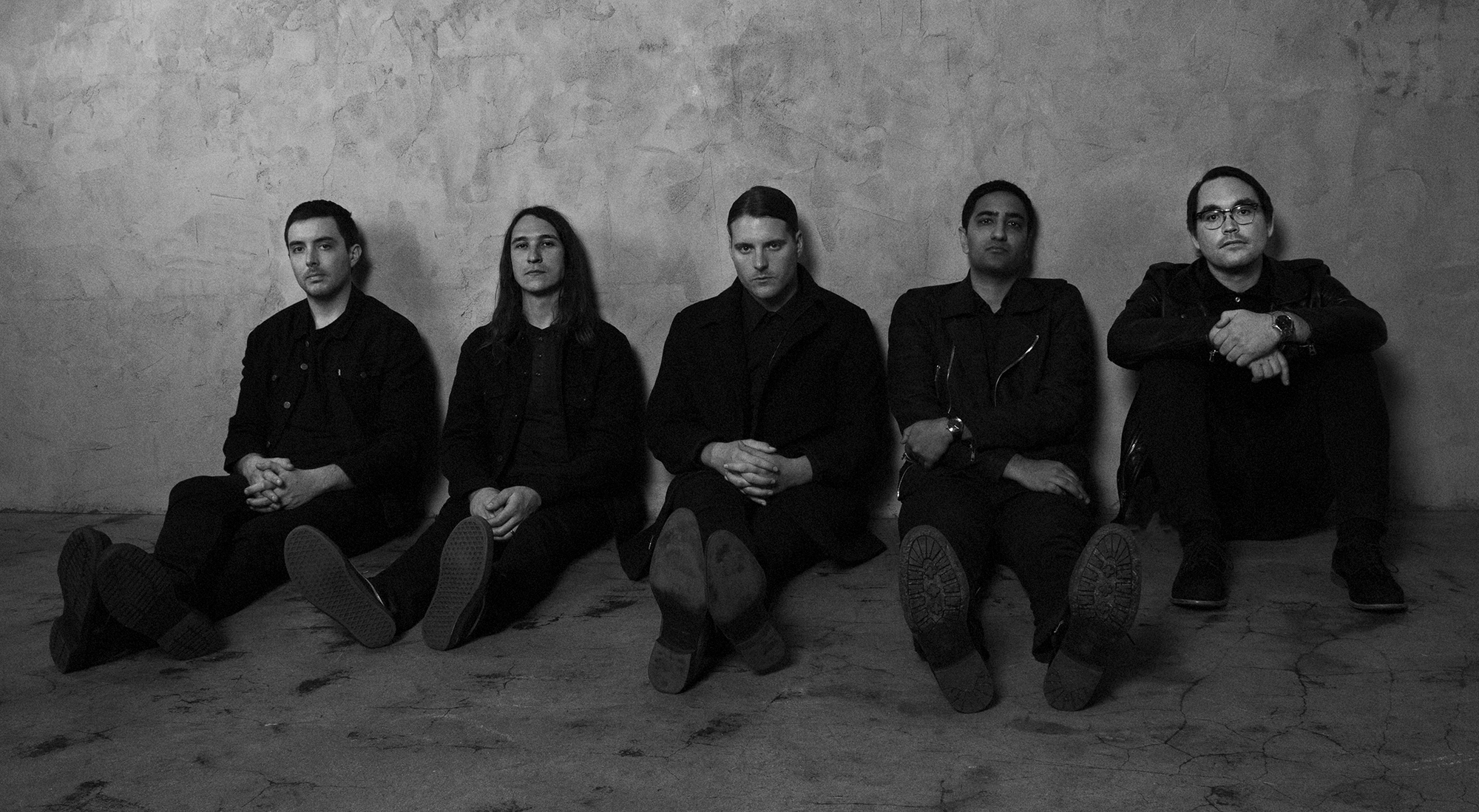 Ordinary Corrupt Human Love sounds comparatively subdued and less emotionally raw than the last few records. What took you in this direction?
Basically, for our first three records, they were so heavily introspective that I wanted to get away from that a little bit and start fresh with this album. I consider the first three almost as a trilogy of sorts that summarized our twenties. I found my twenties to be tumultuous in a lot of ways, and I wrote a lot about that. Being 29 now, on my way to 30, it just felt like I needed to mature a little bit, and I needed to not just think about my own personal journey. There was no big catalyst or anything, just a sense of maturity, a sense of growing up; and I wanted this to be a fresh start. It is a bit more outward looking.

The title of the record comes from a line in a novel [The End of the Affair] by Graham Greene. What should that line or the book tell us about the music here?
The book itself doesn’t have anything to do with the record necessarily, but I just came across that passage while reading it, and I felt that those four words summarized what I was trying to say, in terms of appreciating life for what it is—ordinary, and mundane, and that’s cool, it doesn’t need to be anything else. It was a striking combination of words, so I decided to take it. In part I wanted to talk about the lives of people that I observed, I wanted to create a different narrative. I think that people can often feel bogged down by the weight of the world or our current affairs, and I think there’s a lot of negativity that gets pushed around, and I wanted to offer something different, even for a moment, to step back a little bit and see these lives and how they intersect with each other, and how the process of living is in a lot of ways a gift. So yeah, that was the mood for the record. I would say that all the lyrics stem from literally just sitting in a park, or walking around neighborhoods, observing people.

Genre cults, especially within metal, can feel like heavily policed prisons at times. Does it feel like the manufactured controversy about what genre Deafheaven is has finally been left behind?
I‘d like to leave it behind. It’s something that’s been mentioned for a lot of years now, and it very much is a tired conversation. I would rather people just check out what we do and listen without pretense, and if you like it, you like it; and if you don’t, you don’t. But yeah, this idea of metal credibility or that genres can be bastardized, it’s a little played by this point.

I’ve heard there’s been more of a commitment to sobriety in the band in the last six months or so. Did this have an impact on the outlook on Ordinary Corrupt Human Love?
I’d would be lying to call it a “sober” album, because that wasn’t happening during a lot of the writing of it, but certainly during the process and thereafter, I found that in order to continue this, we had to make some changes. When you don’t die at 27, and life continues, and you still want to make music a career, I’ve found that for me it’s a good idea to take a break from the things that come with the lifestyle. And so far it’s been great. Touring has been nice. It hasn’t been a huge, scary adjustment by any means, and I find that we’re all in a very good place.

A big part of listening to Deafheaven is getting a sense of purgation—of negative energy and inward torment. Is this fundamental to your creative process, and does it still play a part on the new record?
Every album is very emotionally driven. I think it’s our intent to make emotional music, so every record does deal with catharsis and purging, but certainly the first three were heavier on that end. I consider this to be our celebration record; the “we survived, and are somehow thriving” kind of record. That’s really the mindset where we’re at now.

I found the lyrics on “Worthless Animal” to be the most puzzling and compelling. Is there a story behind it?
Long story short, I saw a homeless man being attacked in Downtown L.A. for holding up traffic. A man got out of his car and accosted him for no reason. This guy was clearly mentally unstable, and I felt this rush of emotion about it, a helplessness and confusion as to why this man was being treated with cruelty, and I wanted to compare him to a deer, eating flowers. I wrote a good bit of it in my car that day, but the track is meant to emphasize empathy and remind people to be good to one another.

Eight years in, would you send back any advice for yourself or the band at the start of your career?
Just enjoy it, and keep going. I wouldn’t change anything. We’ve had a really great run. We’re really lucky and fortunate to be able to do what we do, and I’ve had a lot of fun throughout the years. I would just tell myself to always remember to enjoy it.

With the band’s ability to draw crowds from inside and outside the metal crowd, how would you recommend your live set to newcomers?
I would just tell people that what we offer is an honest show, and one that has a heavy emphasis on emotion, but it’s also fun and loud. There’s speed and heaviness, and they should hopefully just take it in. It’s an experience, and I hope that’s what we can create for them.

Deafheaven will perform live in Sacramento on Wednesday, Aug. 15, 2018, at Goldfield Trading Post (1630 J St.) at 7 p.m. Also on the bill are Uniform and Drab Majesty. For more info and to buy tickets, go to Goldfieldtradingpost.com.