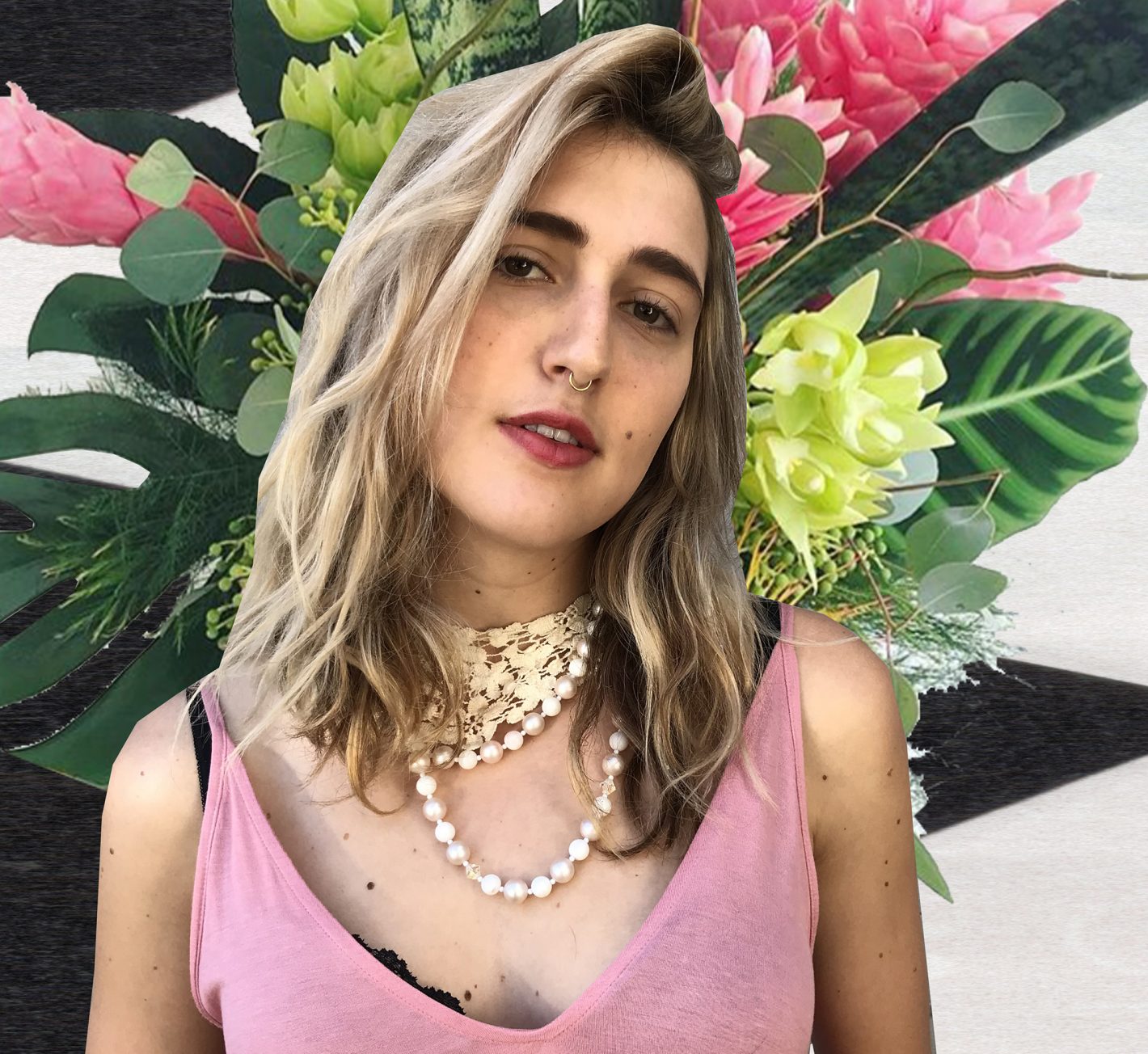 I listen to Lillian Frances’ “Bailamos con el humo” under the miserable, smoke-stained November skies in Sacramento and delight in the incongruity. The song snaps open like a can of effervescent joy, immediate and playful, starkly at odds with anything I’ve been spinning currently. Smoke creeps, it smothers, it infiltrates, poisons—I, too, like the songs title implies, would like to see it dance for once.

Such is the weightless sense of contentment purling through Frances’ recent offerings over the past two years, culminating most recently with the Timeism EP in May. Elastic bass, stuttering claps, clinking chimes, xylophones (and encouraging voicemails) provide the framework for her heartfelt yet cheeky musings on relationships, language and creativity. Songs like “Netflix and Chill” announce an unabashedly “millennial” perspective, reveling in the generational brand. The trappings of young life can seem frivolous, but the spirit of these songs reveal what the hearts of the late Gen-Y set crave: the recognition of universal experience in an overloaded social landscape.

Before taking on the music sequencer and opening a Pandora’s box of samples, quirkiness and layered elements, Frances was playing pared-down acoustic sets, solo voice and guitar, and it was not until two years ago that she made the jump to electronic. The transition was not completely natural and came at a time of crisis; tendonitis from overwork in the garden had left her unable to play her stringed instrument, leaving her artistically severed for the foreseeable future. This crossroads is touched upon in her song “Phone Keys Wallet,” where she sings about making sense of her “acoustic amputation.” Another catalyst for her artistic about-face was seeing Sylvan Esso perform in 2014, which led her to pivot further away from indie-folk. That same year, she opened for them in Davis, but it would not be until 2015 that she began to learn the ropes of electronic production in earnest.

Since then, the story of Frances’ evolution has been the story of all who’ve found some sort of salvation in going electronic: the discovery of many new limbs with which to manipulate sound; new possibilities to make people dance; the chance not just to tell a story, but to create an environment; the increased risk of new mistakes, but often ones that propel something novel into view.

Taking a fairly lengthy hiatus this year to walk and at times perform through Spain (Frances is fluent in Spanish, which will often wend its way into her lyrics like second nature), she is currently back to the drawing board for her next moves, with all avenues open, but without a treasure trove of samples lost in Europe. Temporary setbacks seem to be preceded by great leaps forward for Frances, so it won’t be long before the next round of her buoyant pop experiments rise above this wave of creative destruction.

In the following interview, we talked to Frances about her musical sea change in recent years and the everyday joys that percolate her songs with positive emotion. 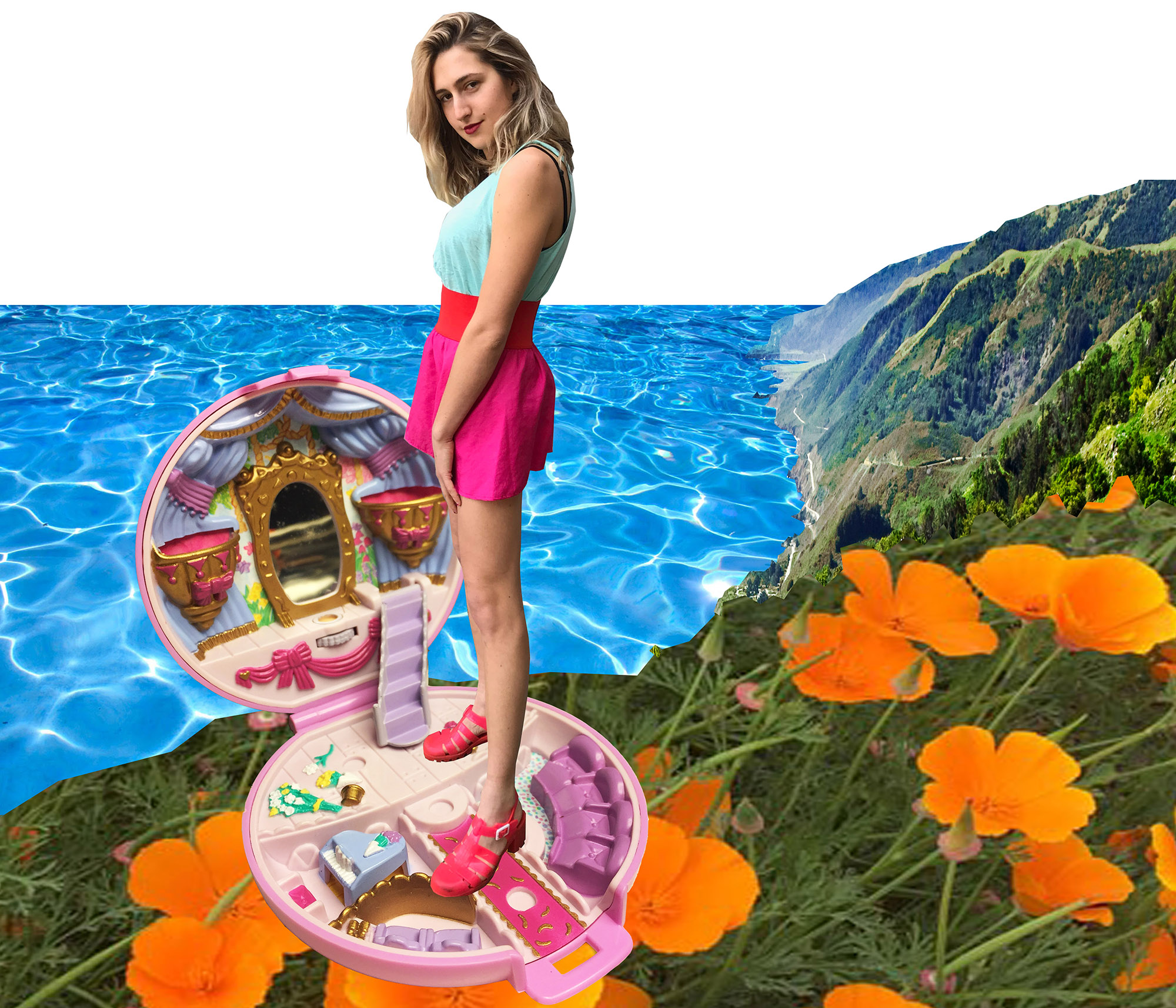 How much material did you lose in Spain, and how did it happen?
It was a three-month trip. I took so many voice recordings of everything—my walking sticks—when you drag them along the ground, they kind of stutter, like a hi-hat; the crickets along the path, all of these textures I took, and at the very end of the trip I lost my phone with all of this memorabilia on it. It was bound to happen. I just need to re-stock, but I was so stoked to have these textures from my trip infiltrate into my album.

How do you usually incorporate all these different samples into your work once you have them?
You have to do a lot of organizing. Last weekend I did a huge overhaul and reorganized all of my samples. I don’t even know how I made a song before this! I just got my shit together and categorized everything, so now I have my drums, my kicks, If I need a bell, I know where to get my bells. It’s so easy now! So that’s something new in my work approach—having a nice clean palette to dip your brush into and make musical landscapes with. I’ll put voicemails, things that I’ve collected from my environment into a song, things that put me in a particular place, mentally. I try to make things timely and relevant to the daily experience. Something a friend told me was that, more importantly than the songs themselves, it’s important to bring people to a place—create a place with your music, and that’s what people opt into—this ecosystem that you create.

How did your approach to music change once you shifted to electronic music?
The main thing in moving from guitar to electronic music, all of a sudden, the walls crumbled and the whole world was mine. Absolutely limitless. That’s both dope and paralyzing. The other thing was that I had to learn how to think of music in rhythmic terms, because I’d always been a melodic person. I can find a melody in any gust of wind. But to put that over a beat, and learn how to formulate that skeleton, is so different.

You can get so bogged down in making art that you end up having nothing to make art about. So you gotta get out there and live and absorb all these experiences and influences. Then you can come back and sit down and let it flow through your fingertips. I love watching that process. Seeing where the things I create came from. I’ll finish a song that I started six years ago, one day it’ll just complete itself. I don’t rush anything. It all comes to fruition when it’s supposed to. So that’s my timeline right now—I don’t have a timeline.

What was your gateway into music in general and electronic music specifically?
There’s so many evolutions of who I wanted to be. The best way to learn is to try and replicate what you love, and make it better in your own way. Learn the rules, then break them in the best way possible. When I first started making music, I’d say Taylor Swift or The Avett Brothers, something acoustic-y and wonderful. Then, the first time I saw Sylvan Esso at a concert was in Pasadena in 2014. I didn’t know who they were, but a friend told me I’d like them. It hit me so hard. I’d never vibed with anything on that type of wavelength before. The first time I saw them, I thought, “That looks like the most fun a person can have, and that’s what I’m going to do.” It shifted everything. I dropped my Econ major and started taking Music 101, electronic music classes. I was like, “I’m not gonna fuck around with anything that I can’t be self-motivated to do.” You gotta want it.

How soon after seeing Sylvan Esso for the first time did you open for them?
It was a couple of months after I first saw them. They had become my favorite band. I listened to their album in my car on repeat, I never got tired of it. So when I found out they were playing in Davis, I got on that ASAP. I played an acoustic set before they went on. An acoustic set! That was my full capacity at the time. Now I feel so much more in control of my music. I’d like to open for them again with what I have now.

How was the transition to playing a new kind of music? Any pros or cons?
So the thing about me getting tendonitis and not being able to play my guitar was that it pushed me to perform with Ableton Live, because, otherwise, it’s so easy to perform with a guitar. It’s your fifth limb. Then, transferring over into electronic music, there’s so many new ways to fuck up. Like, a couple of months ago at a set, I reached over to queue some track, and I hit the spacebar, which paused the song. It’s stuff like that, where if you fuck up, you can’t just keep going. That being said, everything I create that sounds good is a mistake, 100 percent. I’m not at the point where I can go, “Oh, I want to sound like this. I’ll just make that.” I just fuck shit up the way I know I can, and if it sounds good, I keep it.

What are some life moments that immediately send you running off to write a song?
It happens all the time. I frequently find myself at parties going off into the corner to sing some vocals into my phone. I feel rude when I don’t have my pen and notepad, because If I don’t have them, I’ll just pull out my phone when I’m with my friends and start sending myself notes for later. I have to tell people I’m not texting, just trying to get these song lyrics down as they come in! They come in hot and fast, and a lot of times I’ll keep getting out of bed to write them down, losing sleep. All of my favorite authors are really good observers, and that’s what I strive for. Being able to transform my observations into a feeling or place. And I know I’m pretty weird, but not so weird that my thoughts are unique. I know that whenever I’m feeling any sort of emotion, there’s a shit-ton of other people who have felt and thought the same things. I just need to find the best way for me to fossilize that and put it in a song, serve up that dish. It’s also kind of a self-fulfilling prophecy. I’ll be writing a song, and I’ll think, “Ah! That’s the new me. Cool.” I’m both informing my music of what it will be, and it’s informing me of what I am. I listen back to a song after finishing it to get the news of my current state.

As a sound collagist and someone who wants to create an environment with your music, what snippets of life or specific feelings would you want to transform into songs if you could do so effortlessly and perfectly?
I’m particularly interested in the mundane. The texture of my day to day. The sounds, sights and routines that I will remember as the good old days. My mother in the backyard with her binoculars spying goldfinches as they splash in the birdbath. The yips my dogs make when they hear the metal clink of kibble in their bowls. The hush of the kettle just before the water boils. Music is all about translating the intangible. Fossilizing time. I’m literally just trying to capture the air around me and liquify it, pour it in a glass, and welcome anyone to try.