Hearing is Believing • Marquis Hill on Meditation and Music 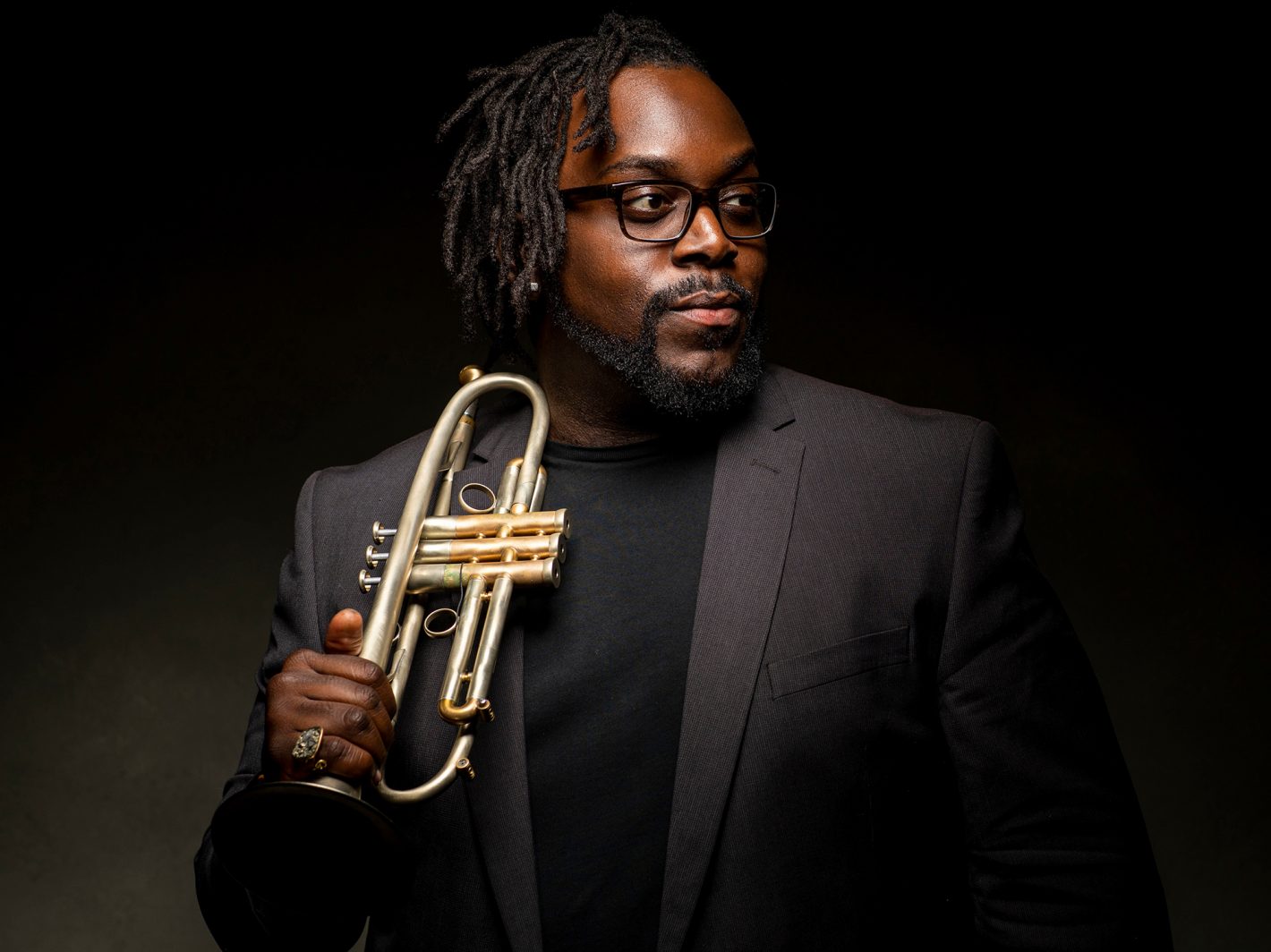 We could all stand to slow down and listen a little more closely. That’s been a key component for the creative growth of Marquis Hill, a New York City-via-Chicago-based trumpeter who has a knack for insightful work, spinning silken trumpet lines wrapped in form-fitted melodic harmonies and quick, rich beats. His most recent record, Meditation Tape, is a multi-faceted collaboration, incorporating elements of hip-hop and blues with a soft delivery surrounding interludes of dialogue from Marvin “Bugalu” Smith discussing mediation.

“It’s all connected, especially hip-hop, jazz, rock, blues; they’re all connected to me,” Hill said. “When I write music, I’m not necessarily trying to write a jazz tune; I’m just trying to write a good song. I think of myself as part of this continuum. I don’t see myself any different from Miles Davis; I’m trying to build on that. Meditation Tape is me making a big melting pot of jazz and hip-hop and the spoken word, and the energy that Bugalu was discussing and trying to mix it all together.”

Hill grew up in Chicago, a city known for many things, one being its rich jazz history.

“I was raised in a household where my mom played this great black music—Motown, Marvin Gaye—but I’d never heard jazz ‘til I joined the band in fourth grade,” Hill said. “The way that I got into jazz was my elementary school jazz director. She gave me my first jazz record.”

The director was Diane Ellis, and the record was Lee Morgan’s Candy, one that resonated deeply with Hill and pointed him straight toward a destiny in jazz.

“At that time, I’d never heard anything like that,” Hill said. “My mind was blown. It’s my belief I fell in love with the trumpet sound in jazz in that moment. I was hooked after listening to that record.”

Hill went on to study music education at Northern Illinois University, followed by DePaul University’s School of Music, where he received a masters in Jazz Pedagogy. When he began working as an educator, he was also working on his own project, releasing albums and eventually winning the 2014 Thelonious Trumpet Competition, which landed him a recording contract with Concord Records.

“My mentors, they engraved in me at a very young age that [for] this music specifically, performing and teaching go hand in hand. It’s just the lineage of the music,” Hill reported. “The best performers are the best educators; they pass that information down generation to generation, and that’s how [jazz] is kept alive.”

For Hill’s 2016 Concord debut, The Way We Play, he formed his ensemble, The Blacktet, comprised of altoist Christopher McBride, vibraphonist Justin Thomas, bassist Joshua Ramos, drummer Makaya McCraven and special guests Christie Dashiell, Vincent Gardner, Juan Pastor and Harold Green III, respectively, on voice, trombone, percussion and spoken word. Though Hill fronts the project, he very much writes from a collective perspective, staying in tune with each voice in the band.

“In jazz specifically, if you go back through the history—[like the] Miles Davis Quintet—those specific members brought that specific vibe to the group,” Hill informed. “I think it’s important to acknowledge individual musicians, because that music would be completely different without that unique voice. I keep in mind the music doesn’t actually happen until we get into a rehearsal room and play. Something I compose can sound completely different once we get into a musical situation. I think that’s the beautiful part about it.” 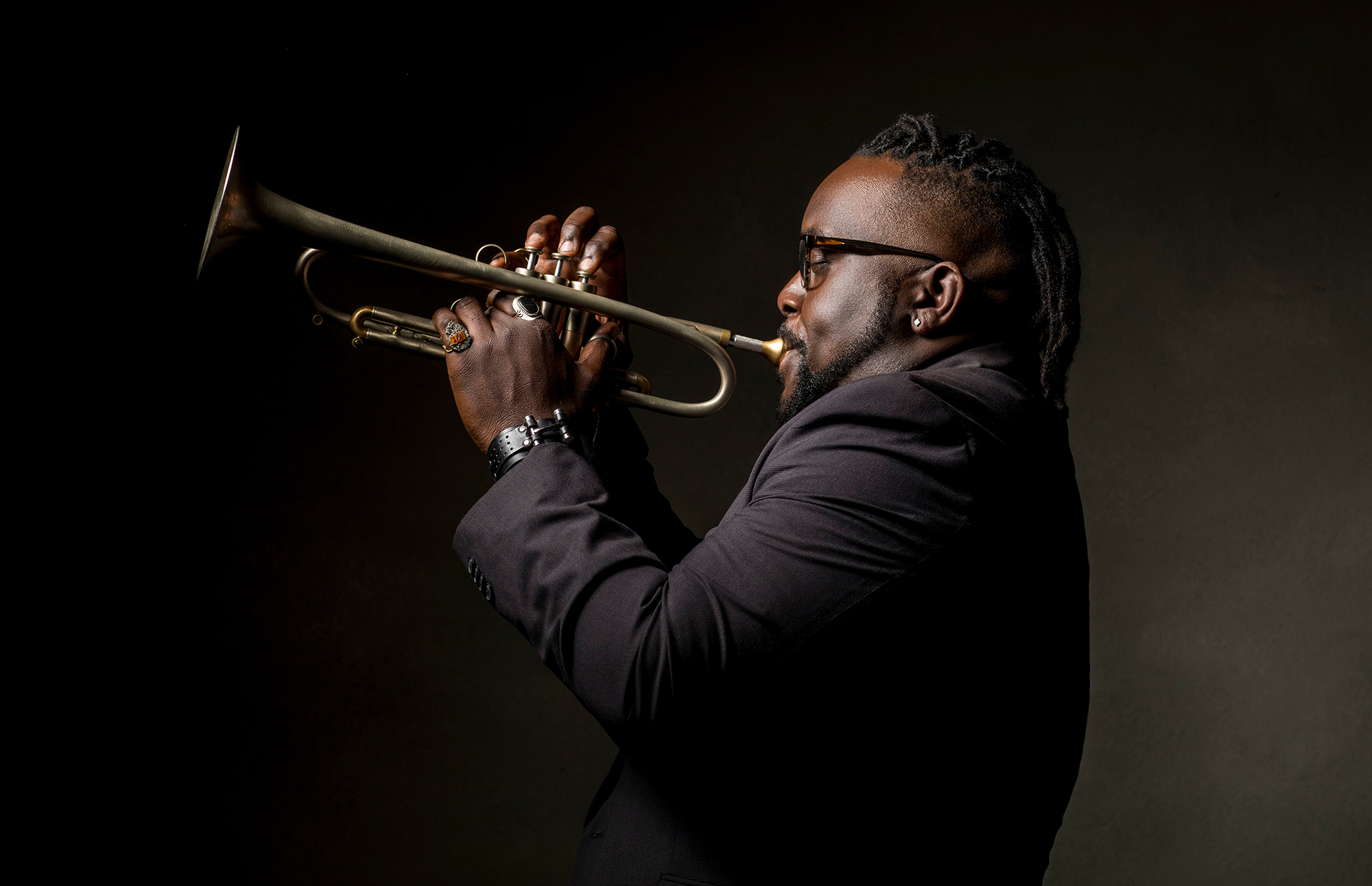 That fluidity is palpable in so many ways through Hill’s music. His melodies move with the conversational phrasing that often lends itself to jazz, but Hill creates and executes them in a way that feels almost intuitive.

“I can be reading a book or a magazine and a phrase will pop out to me and I’ll jot it down and come to it later and try to make music out of it,” Hill explained. “Lots of the time, I have my titles before the actual music. Sometimes I’m thinking more from a rhythmic aspect; I’ll hear the bass line before I hear the melody, or the drum groove before the bass line. The songs come in different ways.

In 2017, Hill moved to Harlem and landed in an apartment with Marvin “Bugalu” Smith, a jazz percussionist known for his work with Sun Ra, among others.

“It’s just one of those crazy New York stories where I ended up moving into an apartment with a legendary jazz drummer,” Hill said. “He’s a Buddhist, and he talks about spirituality and the universe pretty much everyday all day, so every morning we would sit and have coffee and breakfast and end up in these amazing conversations. It just kind of came to me I should start documenting this. I would record our conversations because he was just dropping so much knowledge, and one day I started to compose beats around the things he was expressing.”

Though barely half-an-hour long, Hill created a world on Meditation Tape that not only harnesses Smith’s insights on the power of meditation, but expresses Hill’s own message through thoughtful jazz and hip-hop textures, stacked precisely.

“I’m a firm believer that meditation comes in many different forms,” Hill imparted. “When I’m on stage, that’s a form of meditation for me, personally. Every time I’m trying to connect with people through my music, that’s also a form. When I was composing these melodies, I just had that in mind. I was trying to play what would complement what Bugalu was saying, and what I felt in that moment.”

Over the summer, Hill re-released Meditation Tape featuring MCs Mic We$t and King Legend, which added a kind of buoyancy to the tracks without overpowering their calm essence. Hill will be releasing a new album, Modern Flows Vol. II Oct. 19, featuring Josh Johnson, Joel Ross, Junius Paul, and Jonathan Pinson with special Guests M’Reld Green, King Legend, Braxton Cook and Rachel Robinson. Though it might not surround meditation, there’s no doubt Hill will be in tune.