Tom Morello Rages on with His Latest Tour | Ace of Spades | Saturday, Nov. 9 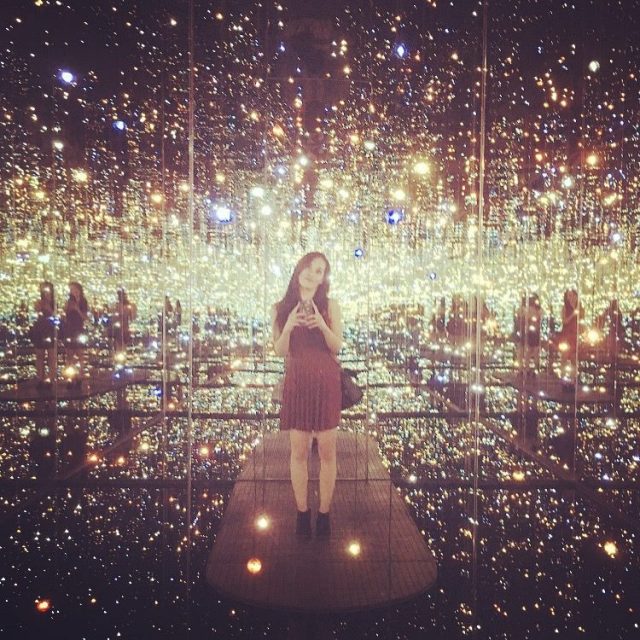 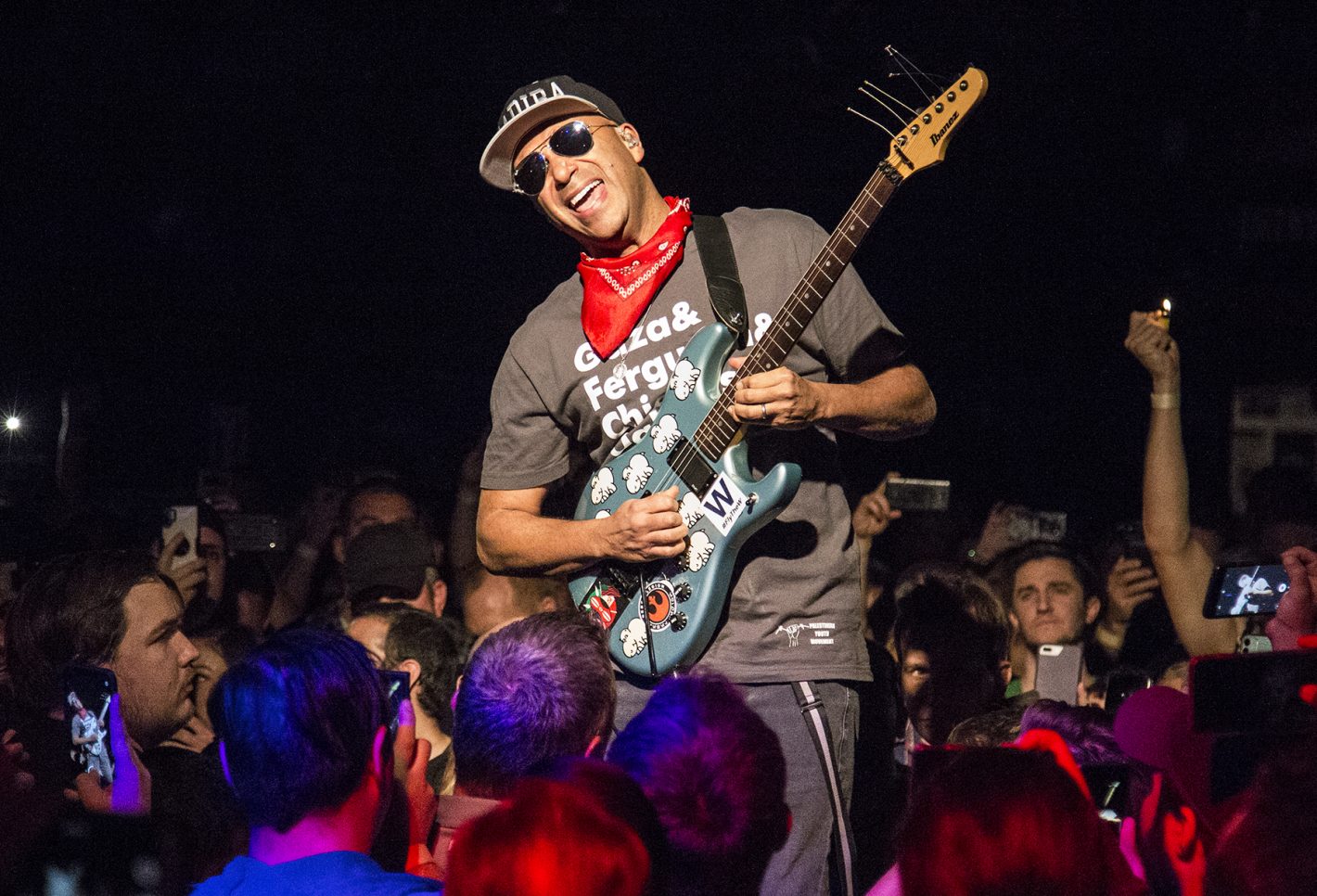 Whether it’s through Rage Against the Machine, Audioslave, The Nightwatchman or Prophets of Rage, Tom Morello continues his battle cry against corporate America, police brutality and corrupt politicians with his 2018 release, The Atlas Underground. Using his name for the very first time to release an album, and supporting his music through a solo tour, Morello ventures into new territory by infusing EDM with his legendary guitar riffs. Despite collaborations with the likes of Steve Aoki, Knife Party and Portugal. The Man, Morello has once again found a unique way to protest the establishment.

Walking into Ace of Spades for Morello’s Nov. 9 performance, and coming across fans wearing T-shirts with the words, “Nazi Lives Don’t Matter,” strewn across their chests, it was clear that messaging and visuals would be a dominant factor in that night’s show. With the audience patiently waiting for their guitar hero to grace the front of the stage, the crowd was taken aback to see Morello pop up in the middle of the venue on a makeshift stage surrounded by his fans. 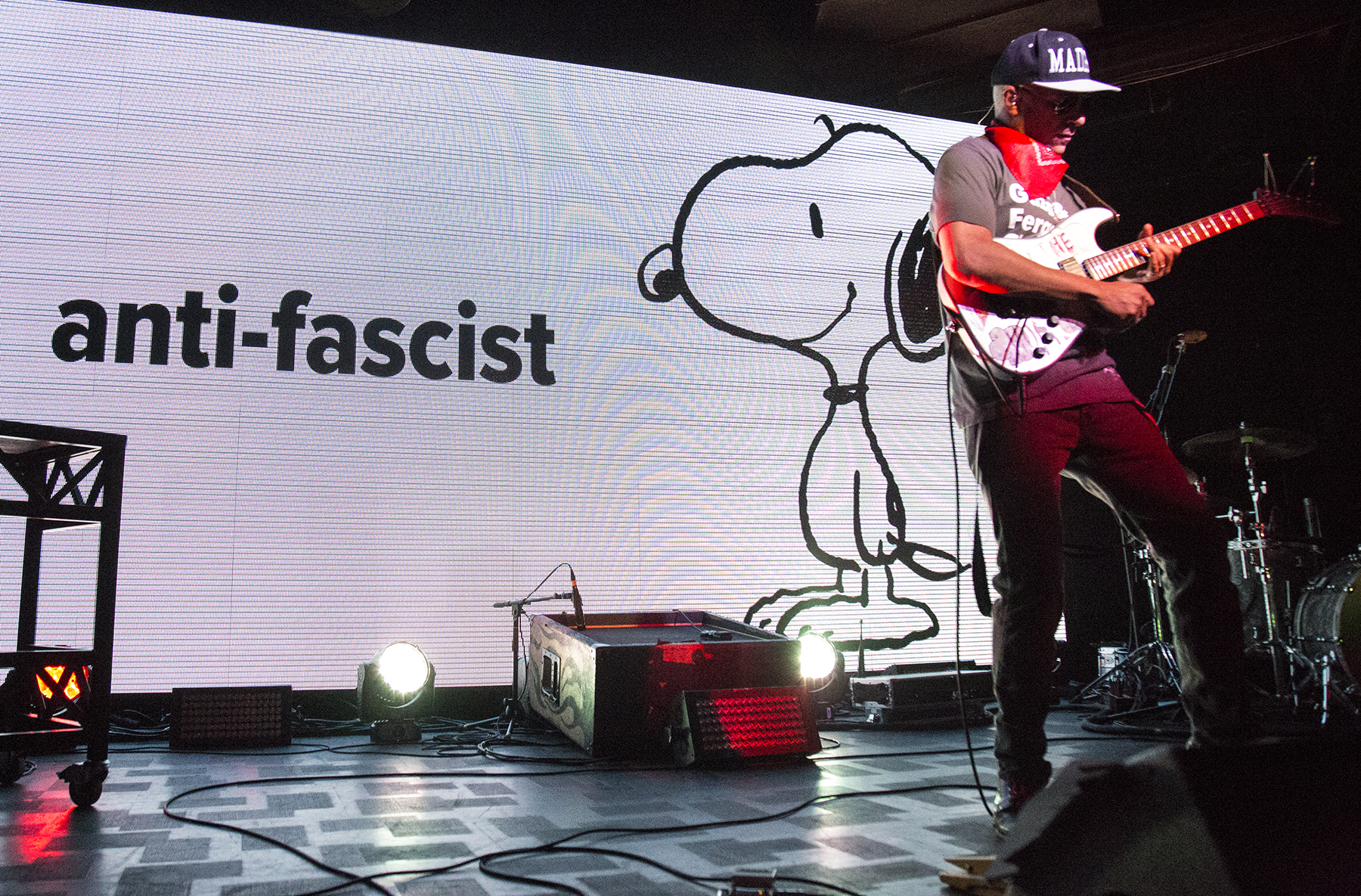 Opening with “Lead Poisoning,” Morello performed the song in its entirety, gracefully coming down only to walk amongst the crowd toward the main stage, proving once again that he is a man of the people. Morello continued his set while footage of protests and war were projected onstage in the background, along with various political messages, which included an image of Snoopy next to the words “anti-fascist.” It was everything you would expect from someone who has spent the majority of their life advocating for civil rights.

The first half of the concert consisted of songs off his latest record, which included “Battle Sirens,” “Rabbit’s Revenge” and “How Long,” supported by pre-recorded vocals from artists such as Killer Mike, Marcus Mumford (Mumford and Sons) and GZA of the Wu-Tang Clan.

The dance party and head rocking suddenly shifted into a more somber mood as Morello spoke about struggling, being in the darkness and finding your way out. Suddenly, he began to strum the first chords of the song, “Like a Stone” by his former band, Audioslave. Chris Cornell’s vocals, powerful and unique, began to play alongside hundreds of singing concert goers for a moment, honoring Morello’s longtime friend and bandmate, who abruptly took his own life in 2017. 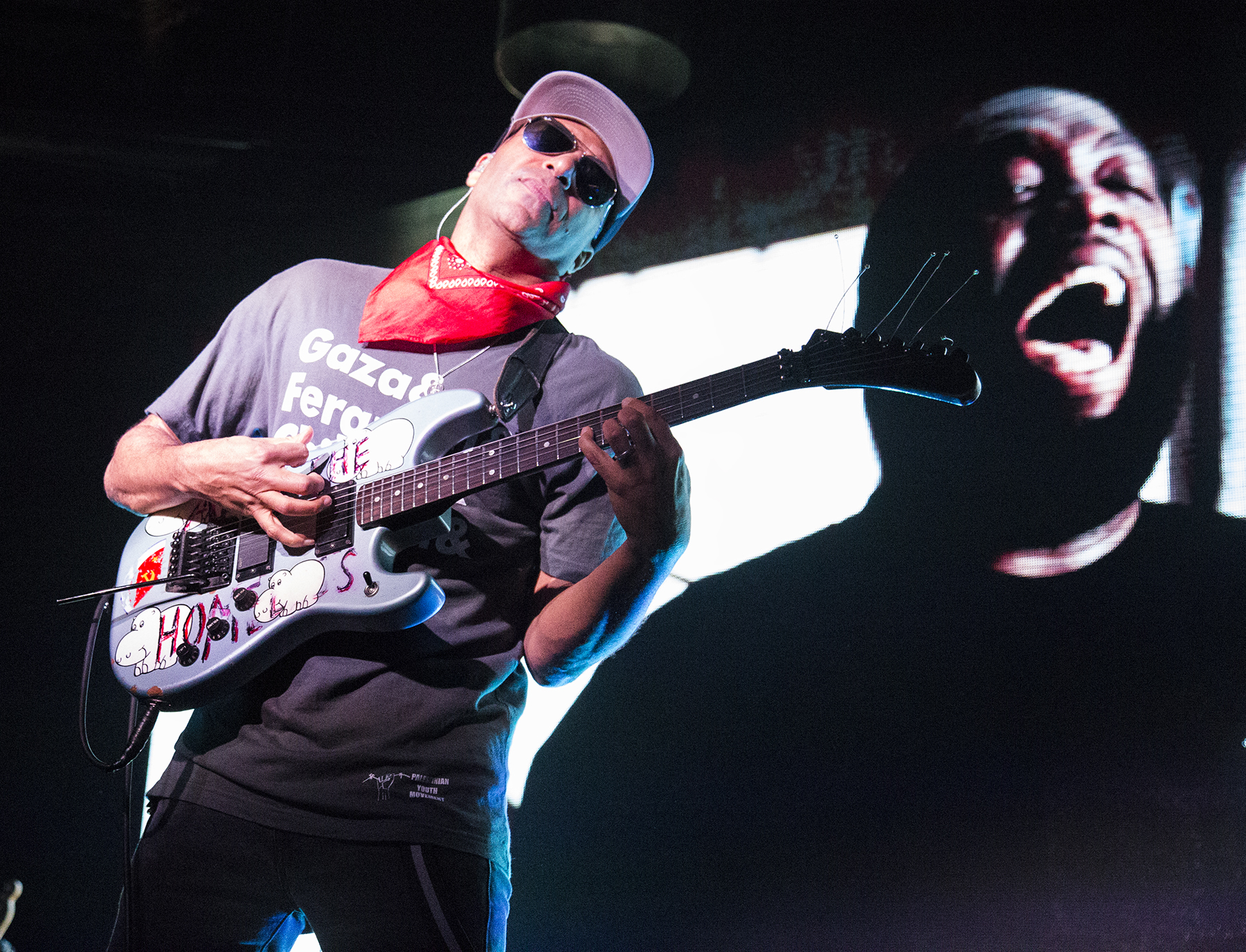 A few songs after, Morello requested silence from the audience, also asking the staff and bartenders to stop what they were doing for a moment.

“I want to hear a pin drop. And if your neighbor begins to talk, quietly turn to them and whisper … shut the fuck up,” Morello said.

In absolute silence, he began to talk about his friend, sharing a story of Chris Cornell, and letting the audience know that the next song was written for him. Performing an acoustic set, the sadness in his voice and the seriousness throughout the venue was palpable as Morello connected with the audience not only sharing a personal moment, but revealing a vulnerability not many of us are used to seeing.

As the moment ended, Morello continued his set by playing songs from his previous solo project, The Nightwatchman and finished out the remainder of The Atlas Underground. With the audience abuzz from the news that Rage Against the Machine is reuniting next year, it was fitting that Morello ended his show by having members of the audience join him on stage to share one last moment.

As four familiar power chords played on his guitar, the venue lit up as everyone sang the Rage power anthem of resistance, “Killing in the Name.” Although the song was released 27 years ago, its impact is still relevant today. As Morello left the stage, he clearly did what he intended to do—leave the audience feeling inspired to fight, and just like 27 years ago, inspire the next generation to protest.