Erik Griffin is a lot of things: actor, writer, comedian. You may be familiar with his stand-up act, or perhaps you’ve seen him in commercials (he’s done spots for Office Max and McDonald’s). Most likely, you’ve seen Griffin as Montez Walker on the hilarious Comedy Central show Workaholics, which is now in its third season. One thing he’s not, however, is a morning person. Submerge spoke with a groggy Griffin at 8 a.m., and once he woke up a little, opened up to give us a little insight into his nine-year career in comedy.

Griffin worked at a school in his old life. He said he was a sort of “everyman” at his previous job, coaching a basketball team and even working in the school’s office. In 2003, he decided to pursue comedy full-time.

“I wasn’t happy,” Griffin admitted. “I didn’t want to wake up 50 and say I didn’t follow my dreams, and now here I am being interviewed by you at this insanely early hour.”

“Aren’t you glad you did it then?” Submerge retorted.

“Oh yeah, been living the dream!” he shot back.

The toughest part in making his dream a reality was believing that a career in comedy was even possible.

Embarking upon an entertainment career at any age is a leap of faith at best, but to get going a little later in life, and be successful, might be near impossible. However, Griffin believes that any art form takes time to cultivate, especially comedy. It’s not enough to be young and good looking, you also have to be, well, funny.

“I was so happy when Anne Hathaway and that guy [James Franco] hosted the Oscars and it was a complete disaster. That’s what they think comedy is,” Griffin said of the Hollywood establishment. “They think, ‘Let’s get these cute, young actors, and they’ll be able to pull this off,’ but it’s like, nope. They will not be able to pull this off. And I’m glad.”

He went on to say that it’s a tough business considering “Hollywood wants you to be young, cute and most of the time, white,” Griffin said. During our interview, the comedian referred to himself as “racially ambiguous.” It’s something he’s used in his comedy. In one bit, which can be found posted on YouTube, Griffin riffs about how other people try to figure out his ethnicity–black, Hispanic, perhaps Arabic? In truth, Griffin comes from a typically American, multi-cultural background. His father is of European descent, while his mother is Caribbean. Griffin said he didn’t think his “racial ambiguity” had much of an effect on his career.

“I don’t know. I think if they have a quota, they’re like, ‘This is perfect. He’s everything,’” he said.

Still, not fitting into the typical leading man mold hasn’t made things easy for Griffin. The obstacles seem to fuel his fire.

“It takes some time and some experience and some damage,” he said of the time it took to reach this point in his career. “Once you put all that together, that’s how you create an engaging stand-up comedian. Unfortunately, it’s sometimes contrary to what Hollywood is looking for. Well, they don’t know what they’re looking for. They think they know. As a comic, you just try to struggle and make it and hope there’s that one producer, that one person who believes in you that gives you a chance, and you can prove them all wrong. That’s what I feel like I’m doing every day of my career.”

As the old adage goes: “Slow and steady wins the race,” and Griffin is surely reaping the benefits of his determination. As the confrontational Montez Walker on Workaholics, he has started to garner a cult following. On a recent episode, “Ders Comes in Handy,” originally aired July 24, 2012, Anders “Ders” Holmvik (played by Anders Holm), receives an over-the-pants hand job from a mysterious woman in the outdoors aisle of a department store. As it turns out, the woman is Walker’s wife. Hilarity, as they say, ensues.

“One of the original auditions was that scene from episode one, where Montez is talking about having sex with his wife,” Griffin said of his character. “Just from the very beginning, it kind of hit me that he’s just a really inappropriate kind of guy. It was just tapping into that part of myself and letting it out. It’s really fun to do.”

Griffin as Montez takes his love for his wife viral in a music video that you can find posted to the comedian’s website, http://erikgriffin.com/. The song, “My Queen,” is a hilarious and somewhat messy ode to the object of Montez’s undying affection.

“That was really fun to do,” Griffin said. “If I ever had a fantasy of being an R&B singer, I lived my fantasy, I’ll tell you that.”

When asked if he thought his R&B fantasy would involve so much baby oil, Griffin answered, “I don’t know if it involved that much baby oil. It was probably more like R. Kelly and I was peeing on somebody. But other than that, I think I did a pretty decent job on that.”

Watching Griffin in action as Montez Walker seems like the part was made just for him; however, he said getting the role was a surprise. 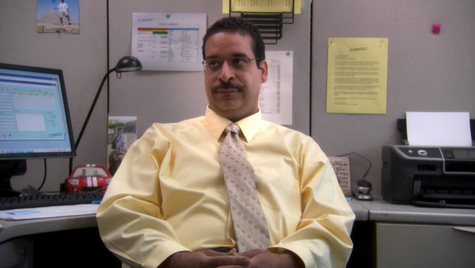 As it turned out, his multi-cultural upbringing provided him with a touchstone for getting into Montez’s head.

“Just from the description…he was very much a dude that they weren’t sure what he was,” Griffin said of the character. “He thought that he was more hip than he was. He’s a little urban, and I know a lot of guys like that. I grew up in a black neighborhood, and you know, you talk like that whether you’re black or not.”

Apart from Workaholics, Griffin will also be featured in the upcoming Funny: The Documentary, which boasts a who’s-who of comedians from Natasha Leggero to Pauly Shore. Along with fellow comedian Ahmed Ahmed, Griffin also was involved with another documentary, Just Like Us (2010), which followed a group of comedians touring the Middle East–a very different experience from Funny….

“Just like Us was this amazing experience traveling to all of these Middle Eastern countries and exposing the Arab world to comedy,” he said. “It was a pretty amazing thing. We were in Syria a month before all the violence started. We went up into Egypt, Qatar, United Arab Emirates, Oman… that was an amazing experience that I’ll never forget, just interacting with that culture and those people. It was amazing. This one [Funny: The Documentary] is just like talking about comedy and why comics are disturbed. It’s nothing really interesting like that.”

While it may not be as exotic as Just Like Us, Funny… features more of an inward journey, according to Griffin, delving into the inner workings of the comic mind.

“I think that a comedian or any kind of artist like that, I believe their extremes are further apart,” he said. “I think people who are quote-unquote normal, their happiest happy and their darkest dark are closer together than, say, a comedian who has this vast valley of emotions that aren’t as close together. I think that allows us to be more in touch with how people feel, how to make them upset, how to make them extremely happy and to be thoughtful, but at the same time, it makes us a little crazy.”

As summer ends, Griffin will spend a lot time on the road, playing dates around the Los Angeles area and also venturing to points east such as Pittsburgh, Penn., and Tampa, Fla. His travels will take him to Sacramento State on Sept. 6, 2012 for a free show at University Union Serna Plaza. With a schedule so full, it’s clear why the man enjoys his rest.

“You bastard,” Griffin joked as our interview ended about being disturbed at an early hour. “You can quote me on that.” 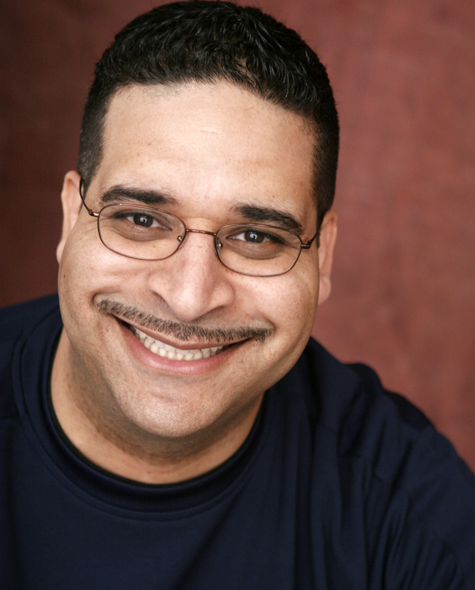 Catch Erik Griffin for the low, low cost of FREE when he performs live at Sacramento State on Sept. 6, 2012 at University Union Serna Plaza. The outdoor show starts at 7:30 p.m. This event is sponsored by University Union UNIQUE Programs. “Like” them on Facebook to learn about more upcoming events.