It’s Time to Start Getting Excited About the 2018 Wide Open Walls Mural Festival! 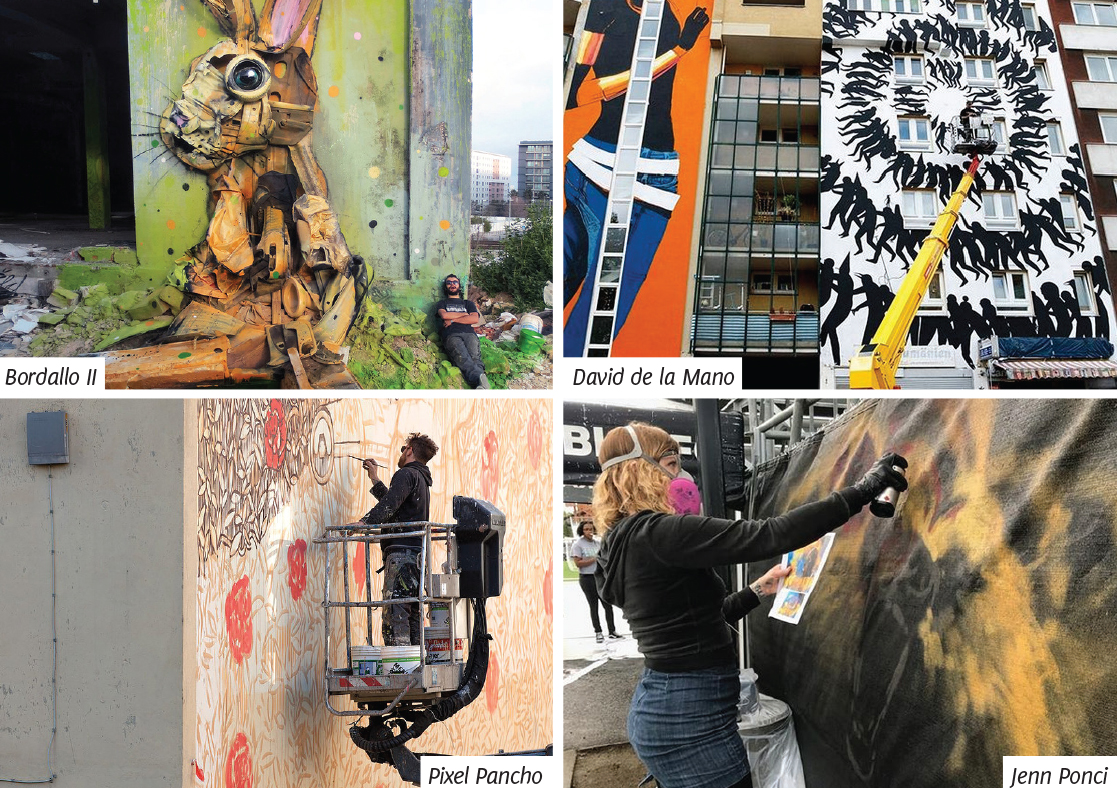 Sacramento’s already impressive street art scene is about to grow significantly when the 2018 Wide Open Walls open-air art festival returns Aug. 9–19. Just like last year, W.O.W. is bringing a well-rounded group of dozens of international and regional artists together to paint various locations around town, most notably is this year’s top-billed headliner, Los Angeles-based Shepard Fairey (Obey Giant), who has an iconic style and is arguably one of the most influential artists of our time. For his W.O.W. contribution, according to an article in Sactown Magazine, Fairey will be painting a giant Johnny Cash mural on the L Street side of the Residence Inn by Marriott in downtown Sacramento.

Many other exciting international artists were announced last week that will be part of W.O.W. 2018’s roster, including Submerge favorites like Portugal’s Bordalo II, whose massive sculptures and murals of animals include thrown-away materials that he uses to “create, recreate, assemble and develop ideas” to try and “relate it to sustainability, ecological and social awareness,” according to his website Bordaloii.com; Italian street artist Pixel Pancho, known for his large-scale wall murals of “robotic creatures inspired by different environments” with heavy use of earth tones to “convey a more ancient feeling,” according to Pixelpancho.it; Spain’s David de la Mano, who creates large, dystopian murals of human and animal silhouettes with a minimalist style and monochromatic use of black; and many other artists who will traveling from far and wide to Sacramento come August.

“We believe that artistic expression is an integral part of the human experience, and can empower, inspire and transform lives,” W.O.W. wrote in a document recently submitted to Submerge. “Wide Open Walls celebrates art in all its forms, and endeavors to make art a part of daily life.”

Not to be outshined by the out-of-town artists, there are quite a few local Sacramento creators that will be part of Wide Open Walls this year as well, including Jenn Ponci, PAWN, Lin Fei Fei (originally from China but currently residing in Sacramento), Michele Ann Murtaugh, Jaya King, a group of Sacramento State alumni and students and many others.

“We are featuring an incredibly talented group of artists, with as many women painting as men,” W.O.W. states proudly, going on to say, “With the addition of multiple public block parties and the L Street Concert, Wide Open Walls will continue to showcase California’s capital as a diverse, thriving and exciting destination for visitors from all over the world.”

Learn more at Wow916.com, Facebook.com/WideOpenWalls916 or on Instagram (@wideopenwalls), and be sure to keep an eye out for more W.O.W. coverage right here in Submerge and on our socials (@submergemag).