Comedy & Tragedy • With Mic in Hand, Activist/Stand-up Comic Aida Rodriguez Heals Herself and Others 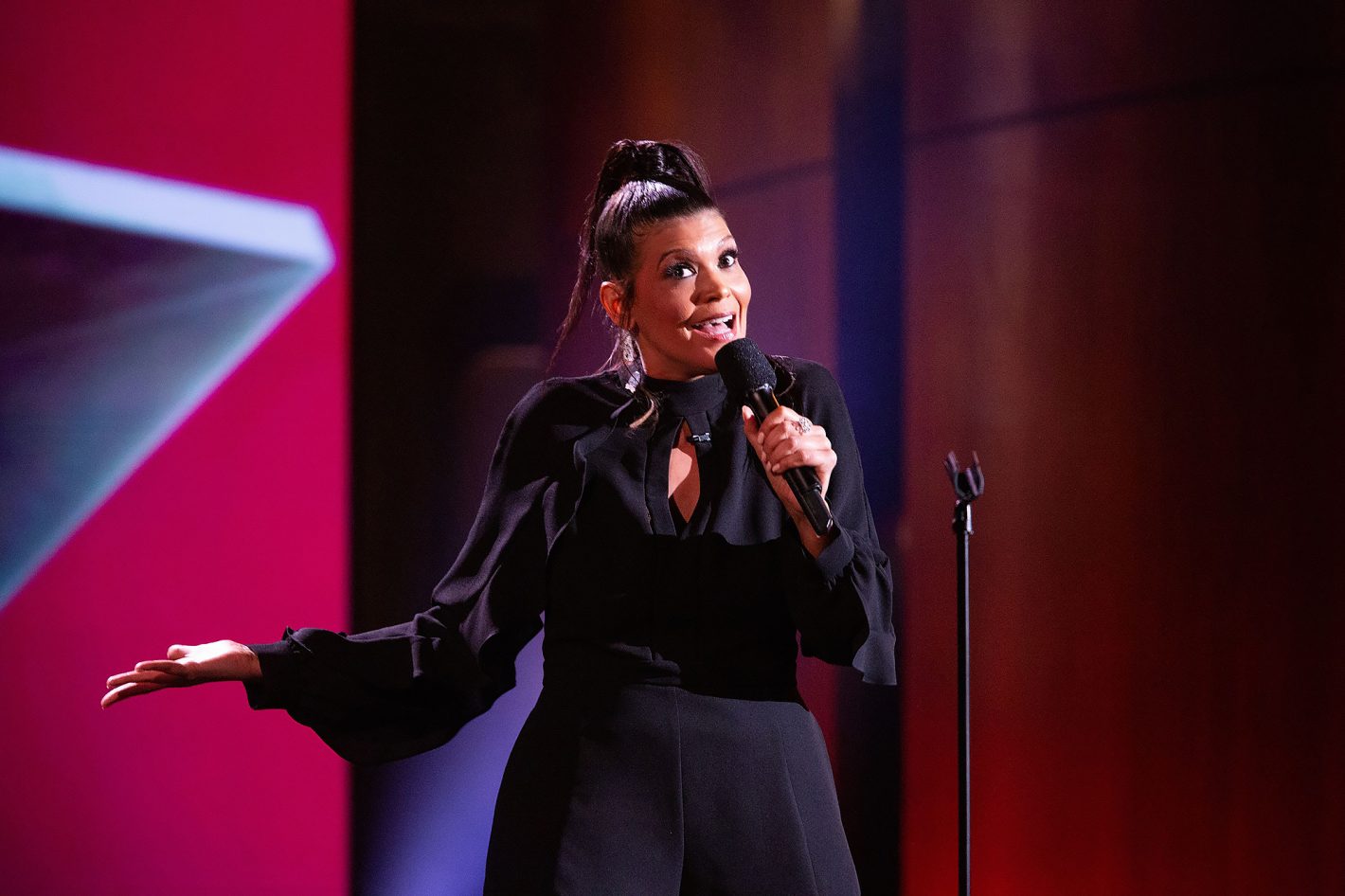 Trailblazer. Groundbreaker. Pathfinder. By definition alone, those words each hold powerful meaning. They describe someone who attempted to follow a path well-worn by those that came before, and when they found that particular path didn’t fit their own dreams, they decided to make their own way.

Comedian Aida Rodriguez—the only Afro-Latina featured on Netflix’s They Ready, the only Afro-Latina to make it in the top 10 of NBC’s Last Comic Standing and the first Afro-Latina to have two specials, on Showtime and HBO, airing in the same month—is all of those things. While we can draw inspiration from pioneers, there is often something that we don’t think about: It’s tough being the first one.

The one to charge ahead into the darkness with only their own light to help lead the way requires strength, courage and passion that drives you from deep within your core. For Rodriguez, that passion is also a part of the reason she will be bringing her comedy to headline the Stand Up Sacramento show at Golden 1 Center on Dec. 10, along with local comedian Lance Woods. The event is funnelling its proceeds to the Hope Cooperative, a local nonprofit organization dedicated to the assistance and housing of those dealing with mental health issues.

From speaking on the responsibility we as a nation have to opening our eyes to the struggles of black and brown members of our country, or speaking out against the “babies in cages,” as she famously did on the red carpet, Rodriguez doesn’t hold back on her beliefs, and as her multiple appearances as a correspondent for TYT Investigates prove, she has no plans to stop anytime soon.

“There are some people who want nothing to do with me because of the things I say, or the things I stand for. But I don’t want to work with those people, anyway. I have a responsibility to dedicate a certain amount of my time to activism, and I don’t plan on stopping that work,” Rodriguez remarks. “It’s a job to educate people, but for my community, for my family? I do it happily.”

Rodriguez’s family is a large part of her stand-up, and an even larger part of her inspiration to keep going. Born in Boston, Rodriguez spent a portion of her childhood in the Dominican Republic with her father, who had been deported from the United States in the 1970s, before her mother parentally kidnapped her back to the Bronx. In what seems an almost unbelievable turn of events, it was not the first kidnapping that Rodriguez would experience, as less than six years later, Rodriguez’s grandmother and uncle in turn kidnapped her away from her mother, who at that time, was dating an FBI’s Most Wanted List killer.

“My grandmother flew to New York, staked the whole shit out, put a knife to my babysitter’s throat, cut all my hair off, and flew me back to Florida,” Rodriguez says.

Rodriguez’s grandmother and uncle gave her the stability she needed. She was going to school regularly, eating regular meals and had a roof over her head. For the time, her grandmother and uncle became her whole world, even though her longing for her mother was prevalent. Eventually, Rodriguez’s mother came back into her life after “someone dropped a dime on that man she was with,” but with her mother came a Cuban stepfather who taught Rodriguez all about the deep-seeded colorism within Latin cultures.

Those traumas would have been enough to stop many, but Rodriguez turned them into triumphs. Eventually packing herself and her two children, both of whom she had early in life, Rodriguez made a bold move and traveled across the country to California in the hopes of making a better way for her kids. It was in California, while living in a truck with her children asleep in the back, that Rodriguez decided to attempt her first open mic. Taking her pain and transmuting it into a healing story that allowed herself and others to bond and laugh over her experiences. It was behind that mic where Rodriguez discovered what she was supposed to be doing with her life. Clawing her way up through the ranks of the comedy clubs and paid appearances, she got the call for NBC’s Last Comic Standing in November, 2013.

Unfortunately, the call came after the back-to-back deaths of two of the most important people in her life. Her grandmother, who had gone to great lengths to keep her safe, passed away after a battle with cancer in August, 2013. A little over two months later, the uncle who had quit school to take care of her, and who was openly gay, died in Miami after being stomped to death in a hate crime. 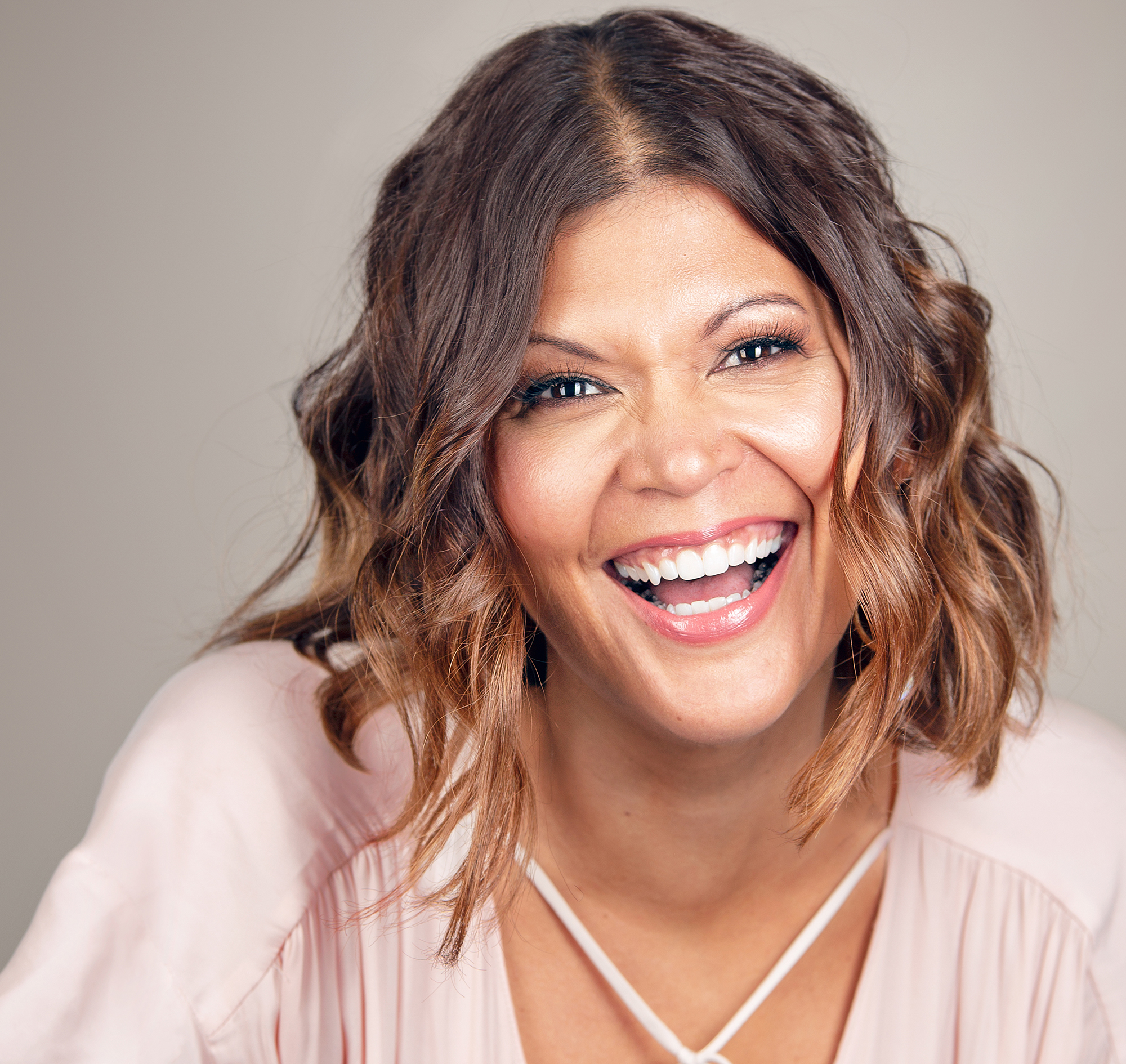 “Last Comic Standing was a defining moment for me,” Rodriguez says. “It came at a time in my life when I was fully immersed in my grief, and I knew it was going to be harder than it had ever been to be funny. But I realized that my grief, in some way, might be healing for a lot of people, and in the end might be healing for myself. So I forced myself on stage every night, and I became the first Afro-Latina to make the top 10.”

During her time in Los Angeles, Rodriguez met Tiffany Haddish, who despite being a little younger, had been working in stand-up a bit longer. Haddish became Rodriguez’s mentor and dear friend and it was through their bonding that the two instituted the “throw the rope back” policy. Understanding the importance of support and community as women of color in the industry, the two made a pact that whomever made their way into the mainstream first, would throw the rope back to others in order to bring them along for the next part of the journey. When Haddish broke the “glass ceiling” first, she eventually put herself in the position to bring those she believed in with her, and Rodriguez was one of the first on that list, becoming one of the six women presented in Haddish’s Netflix special They Ready, which premiered Aug. 16.

From there, her rise has continued to rocket her to the top of people’s lists and earned her spots on Power 105.1FM’s The Breakfast Club and The Late Show with Stephen Colbert.

“I’ve got a few things that I’m really excited about right now,” Rodriguez says. “I’ve got the show coming up Dec. 10, which is going to give me the chance to put my skills toward a good cause. I have something coming with Tiffany Haddish TV-wise that I won’t be able to announce just yet … but what I’m really excited for is the movie I’m working on based on my uncle’s life. It will work to shine a light on the difficulties faced by LGBTQIA within the Latino communities.”

She is also the first Latina that this Latina journalist has ever got the chance to interview, despite writing in arts and culture for the last three years. Which I made sure to thank her for as we spoke.

“I’m glad I was your first,” she says. “Now go and write the story, and remind the world why they don’t get to put us in the boxes that they try to keep us in.”

Trailblazer. Groundbreaker. Pathfinder. Those words mean something different for all of us. But for me? Those words are all found in the dictionary next to Aida Rodriguez’s picture.

See Aida Rodriguez live at the Golden 1 Center in Sacramento on Dec. 10 at 5:30 p.m. The event will be hosted by comedian Lance Woods. Stand Up Sacramento is a benefit show for the homeless put on by Hope Cooperative, which has provided mental health services and supported housing in Sacramento County for almost 40 years. To learn more and to purchase tickets, go to Hopecoop.org.