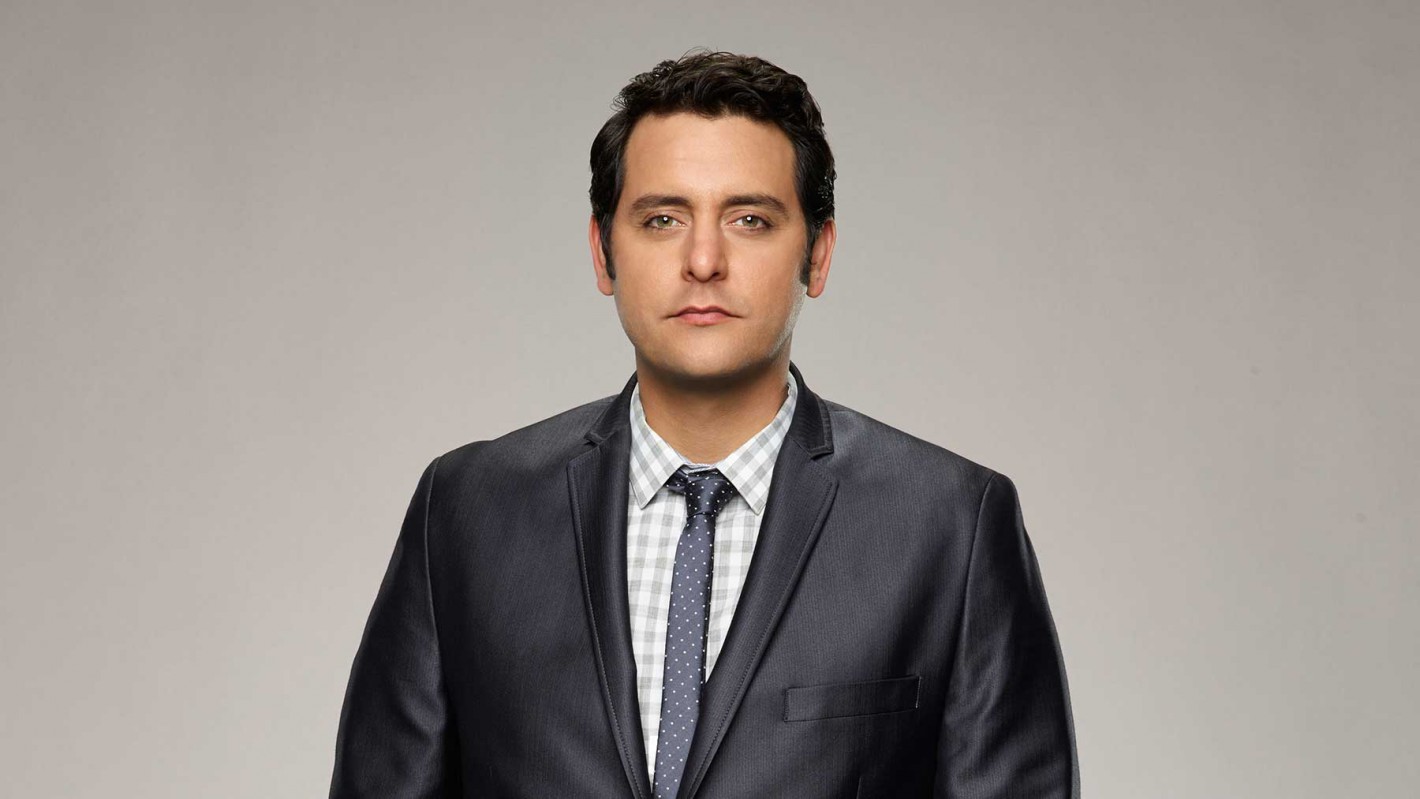 The Power of the Laugh

Ben Gleib has an almost exhaustive list of accomplishments. In the past 15 years or so, he has worked tirelessly as a stand-up comedian, actor, political commentator for NPR and CNN (to name a few), and most recently, the host of television game show, Idiotest. You may have also seen him as a recurring guest on the Chelsea Lately show. This stuff is all magnificent and rad as hell, but it also pales to the fact that he voiced Marshall the Sloth in Ice Age: Continental Drift in 2012. I assume he made BFFs with Queen Latifah and Drake, who also voiced characters in the flick. It’s also kind of funny that Gleib’s genuine talking voice is exactly like Marshall the Sloth’s. In fact, I’m pretty sure he is actually a cartoon.

Gleib has been considered one of the most versatile and intelligent comedians of his time, and is well sought-after for his take on politics and everyday life. He writes material with a quirky style that manages to be hilarious and evoking; which is difficult when it comes to total buzzkill subjects like the state of our government. Esquire even went so far as to call him one of six comedians who will be the next big thing, and an important figure in a new era of “alt-comedians.”

His wildly popular podcast, Last Week on Earth, served as his own makeshift talk show before he landed the hosting gig on Idiotest. Both of these endeavors are stepping stones toward his ultimate goal of following in the footsteps of Carson and Letterman to become a late-night talk show host. He is well on his way, having managed to regularly share a platform with diverse comedians from Chelsea Handler to CNN’s Don Lemon and forming close relationships with many heavy-hitters in his industry.

I had the opportunity to chat with Gleib about his past and future in the comedy world and his headlining stint in Sacramento, Oct. 22–25, 2015, at Punch Line. 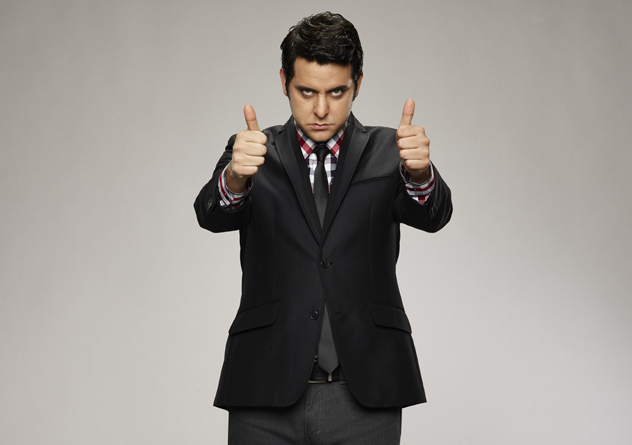 Your list of accomplishments made me feel like a lazy person. How did you get there?
So slowly. It took a lot of time to build up my resume in this business. You have to keep focused and never doubt yourself, and eventually, all of these things start to pile up. I remember like it was yesterday, being 23 years old and freshly graduating from college, and writing and pitching shows that were being declined all the time.

I worked on one particular show for three whole years of college, and when I graduated I decided to write a pilot and pitch it to TV networks. No one wanted it and I had to pick up my pieces and move on. Eventually, the National Lampoon Network picked it up and it lasted three seasons.

Things continued on from there. The next year, I was cast in my first movie, Bar Starz. Then, a few years later, I was asked to be on Chelsea Lately, where I stood for a solid seven years. Then, I was cast to voice Marshall the Sloth for Ice Age: Continental Drift. Things just came one after another and I never really stopped moving or looking for opportunities.

It’s hard to talk to you right now and not imagine a cartoon sloth holding the receiver on the other end. Anyways, how is your game show going?
When the Chelsea Lately show ended, my show Idiotest aired. We have already done over 105 episodes since. It’s insane how things really came together. I’ve always wanted to host my own show, and it supports my ultimate goal of wanting to become a late-night talk show host. Man, I could not be happier. I have my own show and it’s amazing. The whole show is about making people look stupid and laughing at them; it’s my specialty. I eventually want to get into hosting a late-night talk show, so this isn’t a bad step.

How was working on Chelsea Lately? Is Chelsea Handler as “I do me” as she seems?
She’s exactly how you would imagine. She’s very outspoken and whacky on and off set. She’s a fantastic woman and working with her was great. You always had to be on your toes around her. She talks shit like crazy! She is a woman who challenges things and lives how she wants.

You are often asked to guest star on NPR and CNN to discuss politics. Who are you endorsing for the next president?
Actually, I am really undecided at this point. They all look really interesting. Bernie Sanders is extremely intriguing. I’m just legitimately trying to see what everyone is about. Definitely not voting for Trump, though.

Why not?! Who wouldn’t vote for a racist celebrity weirdo?
That guy is absolutely nuts! He’s not one to run for politics.

You just wrote an interesting op-ed about Donald Trump for Huffington Post…
Yeah, for some sick reason a lot of people misinterpreted it and thought I was endorsing him, when in fact I was at the complete opposite of that spectrum. I really said something along the lines of, “electing Trump would surely lead to WW3.” I said he was very interesting and the way that he talks about politics is very interesting because its unvarnished and brings a lot of criticism. When he does debate after debate and interview after interview by saying he’s confident in dealing with Syria and Russia because, “Well, I have such a good relationship with them. They’re gonna love me,” it’s not really such a great plan, because it shows that he really just gets along with the worst of everyone.

How important is it to bring comedy into things that aren’t so lighthearted, such as the filthy world of politics?
One of the best ways to attack truth and power is through jokes. If you’re going to speak the truth, you better make it funny or else they will kill you.

I think people love to laugh, and they can take honest truth more when they are laughing. It’s just a good way to point out things. Everything is just a little more effective when there is laughter involved.

Interesting. So how does your mind twist serious issues into being comedic and still provoking?
I’m quite pro-marijuana, for sure.

Is this your official pro-weed endorsement?
I will publicly endorse that. In fact, the basis for a segment on a web series I did was a fictional movie theater in Colorado that served weed, it was called “Trinidope.” It was fictional … at the time. Six months after I filmed that, Colorado opened up a weed theater.

How’s your creative process?
My process is definitely pretty scattered and varied. I keep a notebook and am always writing down every thought I have that might lead to a skit. I mostly have great ideas in the middle of great conversations, a date or even in the middle of sex. I like to just pause and write it down.

What? That sounds horrible and rude. That’s not a good creative process!
No, all you have to do is keep the lower half of your body moving. You can still grab your phone and jot down some notes. It’s multitasking.

I guess you can use the, “You’re my inspiration” line … I guess.
Yeah, “You’re my muse, baby!” It does sound pretty bad to think of funny things during that time, doesn’t it? Doesn’t seem like the time to be the butt of a joke. Inspiration comes when it comes.

Ready for Sac?
I want people to come out and see the show! I promise to not talk about politics very much at all, just ready to share my weird observations about the world with your city. Also, ready to grub on this farm-to-fork food I hear about.