The Circle of Laughs: Comedian and Actor Brian Posehn Returns to His Sacramento Stand-Up Roots 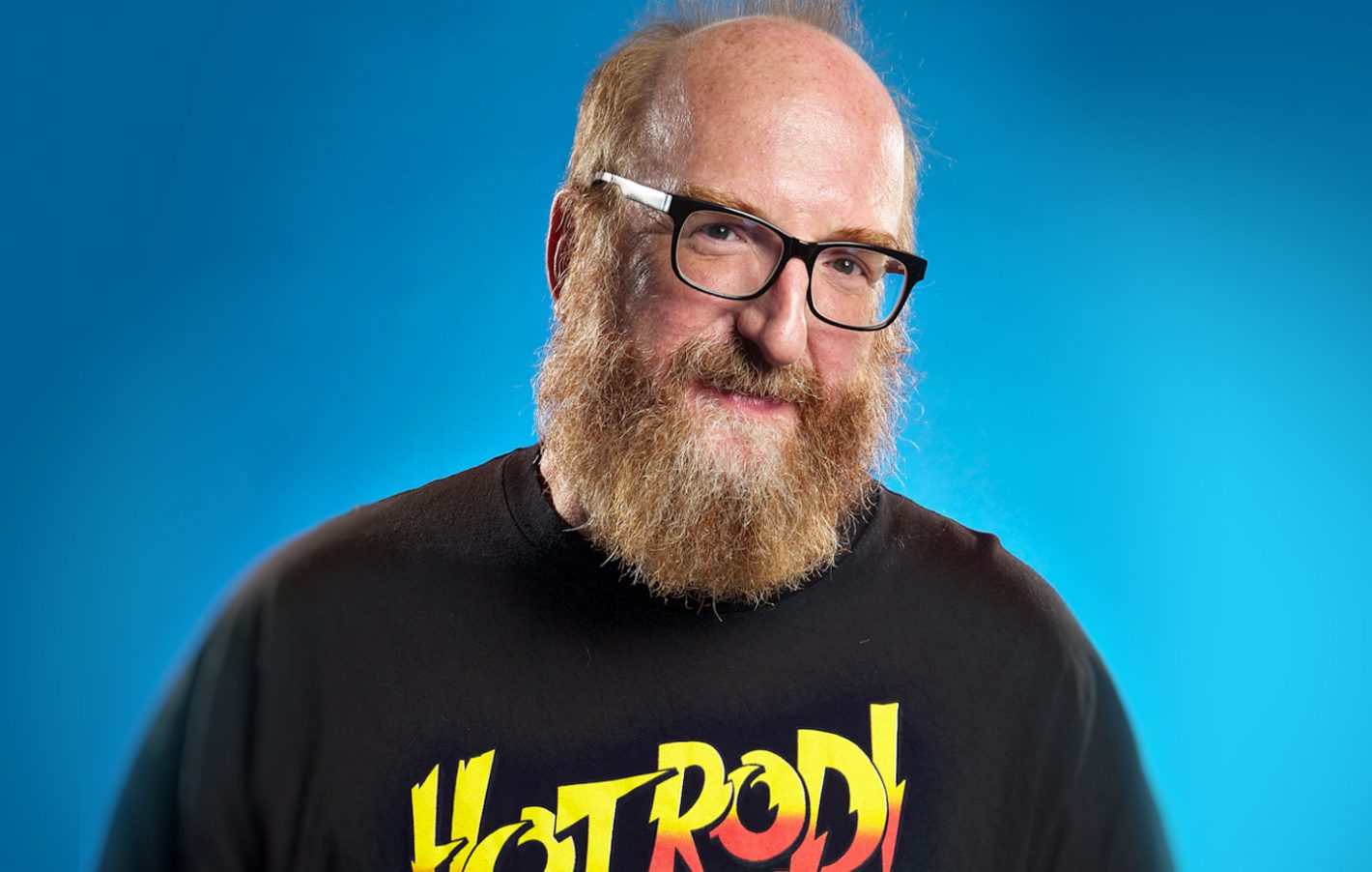 Six months before Brian Posehn turned 21, he rang Laughs Unlimited in Old Sacramento to ask how he should go about getting into stand-up comedy. They told him he needed to be of drinking age, so he spent the next half-year preparing a five-minute set. They suggested the open mic at the old Metro Bar and Grill next to The Crest.

“The week I turned 21 I went on stage my first time and completely destroyed,” Posehn told Submerge during a recent phone interview. “And then I went on the week after at the same open mic and tried all new material. I ate it so hard, but still loved it.”

Those Sacramento open mics laid the first bricks on a path toward a sprawling career that led Posehn at first to San Francisco and later to Los Angeles. If you don’t know him by name, it’s likely you recognize him, whether it be from The Sarah Silverman Program, Rob Zombie’s horror movies or one of the dozens of sitcoms and shows he’s guested on.

Posehn was raised in Sonoma, but moved to Sacramento when he was 17 to attend American River College and live with his grandpa. The initial plan was to become a rock journalist or a DJ, but his foray into stand-up comedy rerouted that course.

He’s written and acted for dozens of shows and movies, recorded comedy albums, written comic books, hosts a podcast and is currently authoring a book about his life and career.

On Jan. 5–7, he’ll circle back to Sacramento for a string of shows at the Punch Line.

“I usually wind up seeing people I haven’t seen in 20 years,” he said of the homecoming. “There are people I worked with at the Tower Records up in Citrus Heights that still live up here and I’ll hang out with some of those dudes.”

Posehn has also stacked the shows with some of his favorite locals, including Ngaio Bealum, a local comedian who writes a popular weed column for Sacramento News & Review and is active in the marijuana-legalization movement. 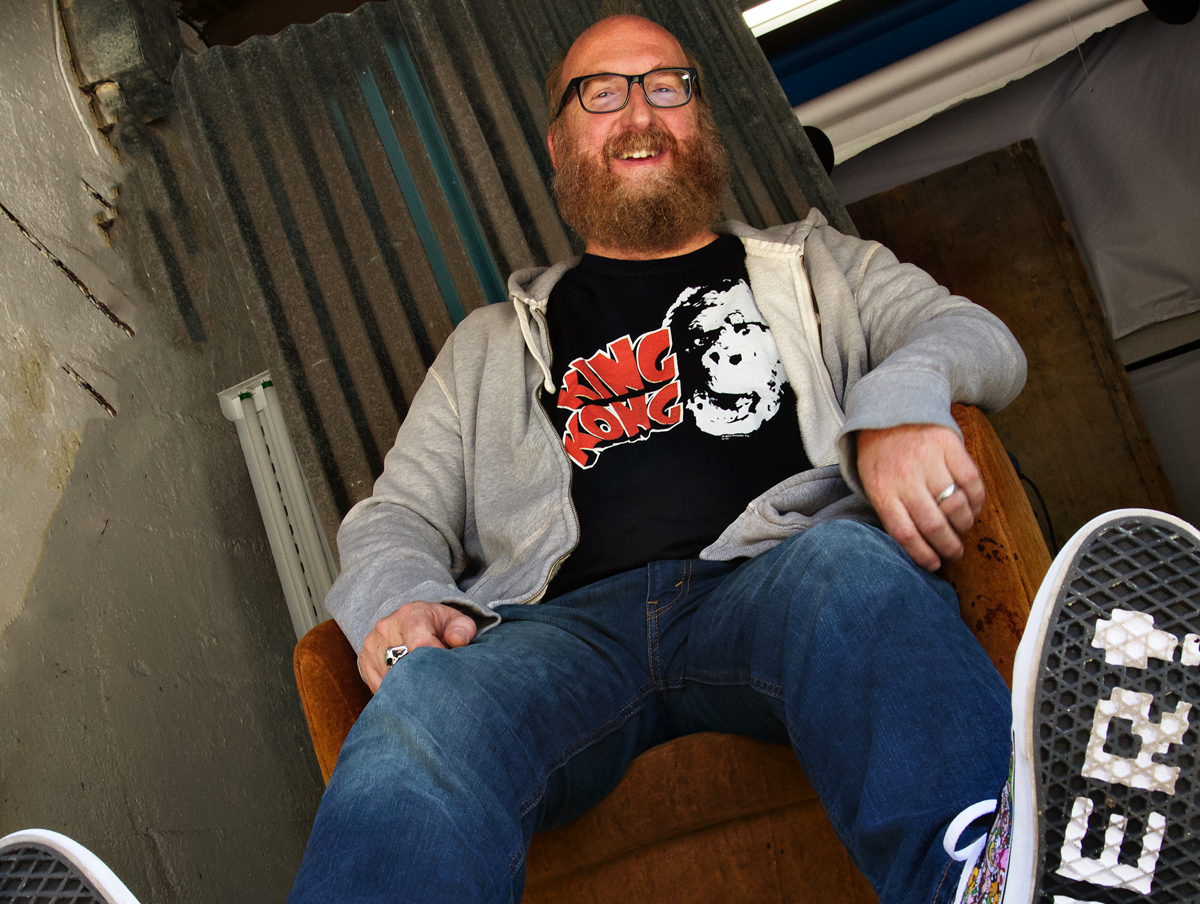 When did the stand-up comedy segue into an acting career?
In ‘94 I moved to L.A. with the intention of getting writing jobs. I didn’t move there to act at all. I wanted to write sketch comedy and late night stuff. It must be so frustrating to anybody who wants to act, but I just happened to do a set in L.A. and a casting woman saw me and brought me in the very next day to audition for my first sitcom and I got it. It was a show called Empty Nest that’s gone forever. That was the first thing I did and it was such a fluke.

When you got on board with Mr. Show, could you tell it was something special?
Absolutely. I knew David Cross first through San Francisco because he was coming up to the city a lot. Through David I met Bob [Odenkirk]. They were just writing these hilarious sketches and they’d go and perform them at night. By the time it turned into Mr. Show, I was such a fan of those two guys. The first four episodes of season one I acted in, but they wrote all of those by themselves. By the time I was hired as a writer I already knew it was going to be the ‘90s generation’s SCTV.

You were in episodes of Friends and Seinfeld. Which show is better?
Which one did I have a better experience with or which one makes me laugh? Well, actually, it would be the same! I had a better experience with Seinfeld—and the show is better. That said, I was happy to be a part of Friends and it did help at the time and got me other work. Just my sensibility was more Seinfeld made me laugh and still does.

When did the love for metal music start?
KISS was the first band that I obsessed over. I wasn’t just a casual fan of anything. Whether it’s movies or music or comic books. I would just get into something and completely obsess over it. In the late ‘70s I got into Van Halen and Black Sabbath and AC/DC and all of that stuff. I just sought out heavier and heavier music, and then in the early ‘80s, by the time I was in high school, bands like Iron Maiden and thrash metal was starting. I went from Iron Maiden to Metallica and here I am as a 50-year-old man still into the same music I’ve liked since I was a kid.

What album did you latch onto early that’s still just as strong?
Oh, there are a lot of them. If I had to pick, it’d probably Iron Maiden’s Number of the Beast and then Metallica’s Ride the Lighting. Those are the ones I loved the most.

How did the Rob Zombie connection happen?
I’ve known Chris Hardwick since he was like 19 I think. I met him at UCLA for a comic book thing. He was in the first Rob Zombie movie House of a Thousand Corpses and I was a little jealous so I said to Chris, “How the fuck?” He said, “Oh I know Rob. He’s a cool guy. You should meet him.” I was like, “All right! Let’s make that happen.” I went to a party at Rob’s and talked to him and he said, “You’re really funny on Everybody Loves Raymond,” and I’m like, “Rob Zombie watches Everybody Loves Raymond?” That was kind of funny to me. Something about picturing him in those boots just sitting around watching Raymond.

Through that we became friends and then he wrote me into The Devil’s Rejects. He asked, “Do you want to be a roadie and you get shot in the face?” I’m like, “Yeah man. Whatever you want me to do.” I was there for five days. I acted two days, got shot the third day and played dead the next two. It was a fun experience. 10 years later it’s still one of those things I’m most recognized for, among that group of horror fans and metalheads.

You performed at the Insane Clown Posse’s Gathering of the Juggalos. How was that?
I was working at Metalocalypse with a good buddy of mine, Brendon Small, the head writer of the show, and I got a text from my agent asking if I’ve ever heard of the Gathering of the Juggalos. I’m like, “Yeah, yeah I have.” He told me what the money was and I walked back into the writing room and said to Brendon, “Dude, I just got asked to do the Gathering of the Juggalos and the money is this.” He goes, “You gotta do it!” I probably would have done it for one-third of the money just for the experience.
It was crazy. Performing at four in the morning in a field out in the middle of nowhere to people wearing face paint and baggy clothing. There was blood on the stage because they had backyard wrestling before. We were being taken around in a golf cart by a clown. I think his name was Fartso the Clown or Yukko the Clown. You’d think it would have stuck with me.

Why do you keep your Twitter feed private?
I don’t go on there to share jokes with people because I got kind of burnt out on the whole thing. Sorry to get negative, but that’s just how I feel at this point. I feel like it’s important to advertise myself, but other than that I kind of hate what a time suck it is.

You’re a comedian, actor, writer, podcaster and more, while also closely associated with metal, nerd culture and horror movies. What drives you to so many pursuits and passions?
I’m super lucky that I’ve been able to carve a career out of doing all of these things that I love. There’s not one thing I do that I don’t want to do. I have fun at all of it—voiceovers, writing coming books, being in horror films, telling fart jokes into a microphone. Not that I just tell fart jokes, though. I never went “Hey I’m going to move to L.A. and do 20 different things.” I just moved here to make a living and that’s the way I still look at it.