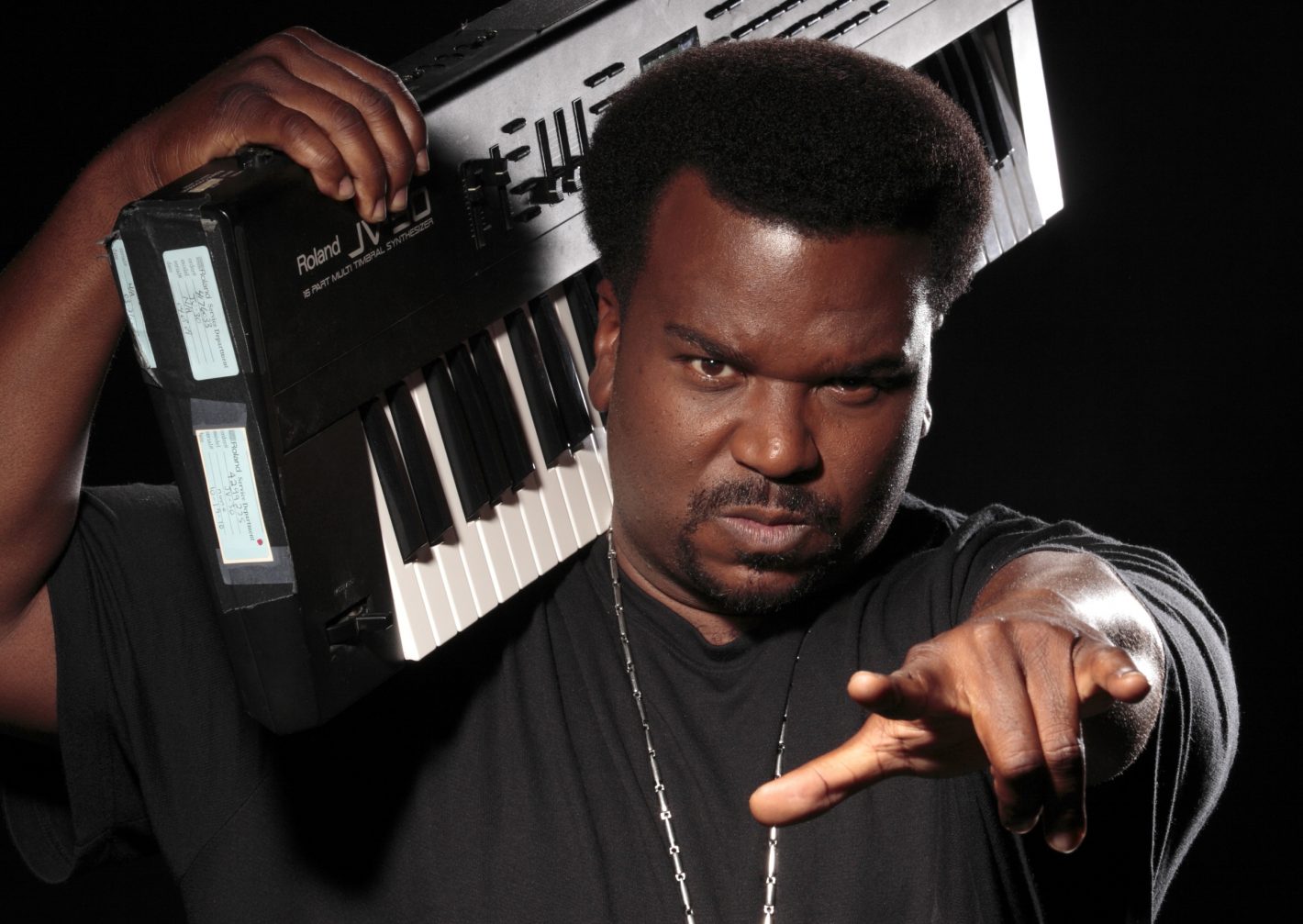 Craig Robinson doesn’t need an extended amount of screen time to make an impression. He’s got that rare sort of charisma and humor that plays on multiple levels. Take for instance one of his most famous scenes in Judd Apatow’s brilliant comedy Knocked Up. In the film, he’s billed generically as “Club Doorman,” but his performance in the role is anything but.

“I can’t let you in, because you’re old as fuck,” he calmly tells an exasperated Leslie Mann (Apatow’s wife and a gifted comedic actress in her own right) “For this club. Not, you know, for the Earth.”

The line is delivered in such a marvelous way that it conveys both rudeness and empathy. It’s tough, yet vulnerable. It’s one of a very memorable film’s most memorable scenes, and it’s over almost as quickly as it begins.

“I still can’t believe the reaction that gets—two minutes in the movie,” Robinson told Submerge in a recent phone interview. “People have been so kind.”

It may seem that his performance in Knocked Up was off-the-cuff, and Robinson said it mostly was.

“The top half of that monologue was scripted and the bottom half was all improvised,” he explained. “There was a lot of improvising going on. That’s a testament to how dope Judd [Apatow] is, because he cut it together and made it what it was.”

Of course, Robinson hasn’t had to hang his hat on brief cameos throughout his career in comedy. He’s had much more substantive roles, such as playing Darryl Philbin, the dryly humorous foreman of Dunder Mifflin’s warehouse in 120 episodes of The Office. On the big screen, he starred as Nick in the hilariously over-the-top Hot Tub Time Machine movies. In fact, one of Robinson’s signature moments in the first Hot Tub … movie resulted from a bit of improvisation.

“That whole me looking at the camera saying, ‘It must be a hot tub time machine,’ that goes to show the collaboration of [the film’s director] Steve Pink,” Robinson said. “Clark Duke had that line originally, and he didn’t want to say it, I think, if I’m remembering correctly, and I said to Steve, ‘What if I look at the camera and say it,’ and Steve was like, ‘Boom!’ We shot it the next morning.”

Currently Robinson co-stars in the Fox sci-fi/horror/comedy series Ghosted. The series has been on a bit of a hiatus, but should return this summer for six more episodes, though Robinson admitted that he wasn’t sure of the exact date. In it, he plays the role of Leroy Wright, a former Los Angeles cop turned mall security guard who, along with Adam Scott’s Max Jennifer, gets thrusted into a sort of X-Files-type world of supernatural conspiracies.

“We have six new episodes, and the show has taken a turn,” Robinson said. “We’re not as invested in chasing the ghouls in these next six episodes, so you’ll have to check it out. It’s cool, because it’s relationship-centered and there was more space for us as actors to improvise and play and stuff. I’m very excited about these next six episodes. I’m not sure about the future of the show, but, man, did we have fun bringing it to you.”

Though Ghosted incorporates horror themes, Robinson said that he’s not a huge fan of the genre in general.

“Man, I don’t do horror movies,” he said. “I like a good thriller, but horror, I don’t know, man. I live alone! I dig it, but I usually just watch them to see the bad people get killed—the Freddy Kruegers of the world.”

In Robinson’s career prior to acting, he also had to think on his feet. Before he got his break in the entertainment business, he worked as a teacher in Chicago’s public school system teaching music. He worked with a wide range of ages from kindergarten to eighth grade, he said, for three and a half years, one of which was in Indiana.

“I enrolled in this program called Teachers for Chicago,” he said. “You get your masters degree while you teach. So I can go back to teaching any time I want. Pick it right back up! That probably won’t happen, but, you know.”

While teaching, he would sometimes try out his material on his students, he said.

“I actually used my students for comedy purposes sometimes,” Robinson remembered. “I knew I was going to go into comedy, so they would be my audience.”

One class in particular was comprised of “the baddest kids in school,” he said. “No one messed with them!

“They were considered a rough class, because they had a teacher in the room with them all day and a security guard, until they got to music, and then they would turn them loose on me,” Robinson explained. “Turns out the best way to deal with that class was to play the dozens. I would talk about their mommas, and they would talk about my momma.”

In so doing, Robinson was able to impart some music knowledge on to his students.

“Then after we’d get to joking, I would try to get a quickie in—‘this is Bach; this is Beethoven,’” he said with a laugh. “I yearn for those days.”

Robinson utilizes his background in music in the live setting. He has a band, Craig Robinson and the Nasty Delicious, which occasionally plays live shows filled with covers and songs such as “Take Yo Panties Off,” which Robinson sang in the 2013 film This Is the End. The band’s official Facebook page categorizes the group as a mix of funk, rock, soul, jazz, house music and, of course, comedy. Music also plays an important role in his stand-up comedy, which will bring him through Punch Line in Sacramento in early June.

“I bring the keyboard with me everywhere I go,” he said. “That’s my act, man, me and the keyboard.”

He said you can expect “some audience participation and stories and jokes and silliness.” His act will also provide you a brief respite from current events, which have been troubling to say the least.

“We have fun up there,” Robinson said. “I wrote a couple of things, but nothing really current events focused, just silly and more self-deprecating.”

Perhaps instead you’ll hear him riff on everyone’s favorite fruit.

“I’ve got this bit on avocados that turned into this hour-and-15-minute bit,” Robinson said. “You wouldn’t expect it, but it’s the evolution of the avocado and how you know it from being tasty as an avocado, to guacamole … Actually that’s it. I just gave the whole thing away.”

The live setting might be your best chance to connect with Robinson as, unlike many comedians in these over-connected times, he doesn’t rely too much on his social media presence.

“I’m hands-on, but I’m not hands-on a lot,” he said. “My tweets are me. I’m not on there a lot. I read people’s stuff and move out of the way. I made a post, and all people could comment was, ‘Wow, it’s been six years since you posted on Instagram.’ I’ve got like five pictures posted on Instagram. It’s pretty pathetic, but at the same time, whatever. I don’t care! Who’s really looking?”

I was sheepishly forced to admit that I had looked and that I was sort of baiting him with my questions about his social media activity.

You were right to call me out on my shenanigans. Well played!

See Craig Robinson live at Punch Line (2100 Arden Way, Sacramento) where he will be performing six shows June 7–10, 2018. Tickets are $30 for general admission and $50 for VIP seating. For a full list of set times and to order tickets, go to Punchlinesac.com.