Honesty is the Best Comedy: Daniel Humbarger Takes a Look at the Ups and Downs of His Life in Stand-up 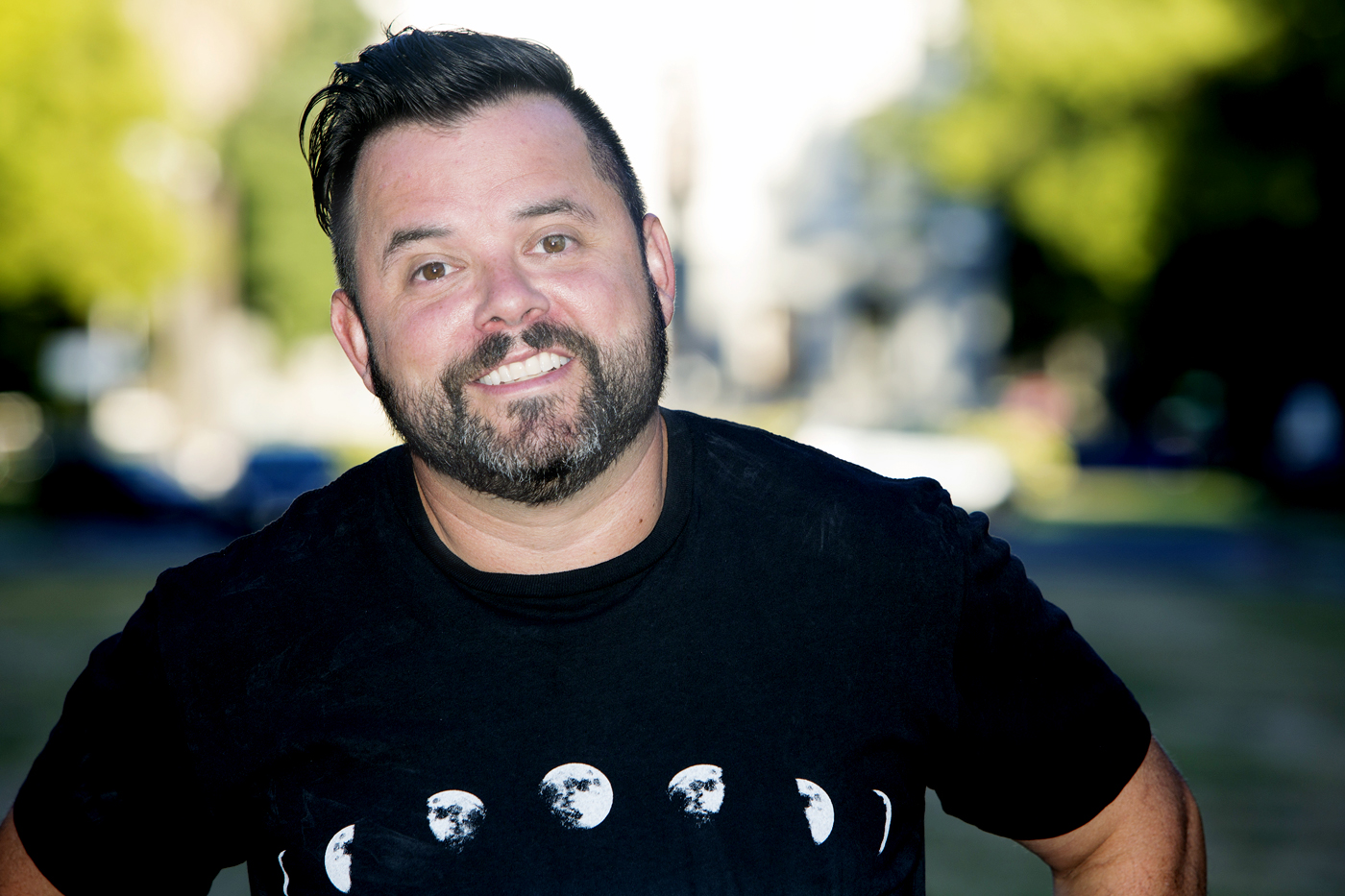 Seeing the name for the first time, it seems like 99 percent of people would read it HAM-BUR-GER. But when the host read Daniel Humbarger’s name correctly, it wasn’t a huge shock, because he performs a lot.

The room at Comedy Spot was pretty full that night. It was easy to grab a seat in the back with everyone else who came by themselves; sitting one empty seat apart from one another.

Humbarger did about 10 minutes, maybe a little less. He was funny and entertaining, and the crowd was responding to that. He propped his arm up on the empty mic stand from time to time, as other comics do, and it felt casual, it didn’t even look uncomfortable, like I know it must be.

He did a bit recounting a specific N.W.A. song and their feelings toward the police … you know the one. He really got into it, and the crowd was watching intently. People venturing to the garbage can with empty bottles were putting their hands in the actual garbage can, just so they could set the bottle down quietly. As he finished, the room erupted in unanimous applause.

Now, I don’t know if that is common etiquette, but more than one person did it during his set. This writer was moved by the level of appreciation and unspoken etiquette.

Humbarger is recording an album on Aug. 26 and 27 at the Comedy Spot. The album is going to be released on Stand Up! Records, out of Minneapolis. He was also just added to the San Francisco Comedy Competition, kicking off Sept. 8–Oct. 2, 2016. Past contestants include Ellen DeGeneres, Louis C.K. and Robin Williams.

For the following interview, I met with Humbarger at Dad’s on J Street to talk and maybe order a burger, but I never ended up ordering a burger, and we both just drank water that we brought with us. (Thanks, Dad’s!)

Has anyone ever introduced you as Daniel Hamburger?
No … [Laughs] Yeah, totally, every day since kindergarten.

What do you feel draws people to stand-up comedy on any given night, over something like a concert or a show?
I feel like in comedy, the things that are going to connect with people are more honest. And a lot of that is vulnerability, which was hard for me at first. My father passed away when I was 13, and it was like, my mom said it was like a switch, you know, I was like a really happy kid, and then it was like someone flipped a switch, and I was just on robot-status. So that was tough for me at first, I would do esoteric material. I didn’t really like talking about myself that much, but the more I did it, I felt much more comfortable with it, and I also realized that people crave that vulnerability. They like to connect with you, and I think that’s what’s cool about comedy.

How would you describe your experience as a comedian?
People ask me to sum up the experience of doing stand-up comedy, in a nutshell, so what I like to tell them then is a tale of two nights: So one night, I’m at the Throckmorton Theatre in Mill Valley, and my hero Robin Williams is there. I meet Robin Williams, he’s super nice and I’m talking with him. I’m so giddy … So I go out and have a good set, and I get off stage and he’s like [In Robin Williams’ voice], “Great set, well done, well done,” and I’m like, “Oh my God!” It meant so much to me; my hero just told me I did a good job.

And then the very next night, me and Johnny Taylor drive down to Lodi for a bar gig, and we bomb our dicks off. Like, there’s people staring at me like I have a third eye, and I get off the stage, and some guy’s like, [in a tough Southern accent] “I don’t think this is for you, buddy.”

My parents loved comedy, they were always watching it on TV. I used to steal my dad’s Richard Pryor Live! cassette and listen to it all the time.

What comedians inspired you before you wanted to be a comedian?
That Richard Pryor cassette that my dad had, I absolutely adored. Robin Williams, then Def Jam, Martin Lawrence and his first album Talkin’ Shit.

What about stuff you’ve been listening to of more recent times?
Doug Stanhope’s Beer Hall Putsch, Bill Burr’s Let it Go and also Sarah Silverman’s Jesus is Magic. I really like Maria Bamford. She’s so weird and does all these weird voices; I dig that.

If there was something that you would want people to take away from seeing you perform, what would it be?
I feel like I did everything I was supposed to, you know? I came from a poor background … My parents never finished high school, and I went to law school, even though that was something that people from other families do, not somebody like me, and I graduated in 2009, right when the economy … just when shit just hit the fan.

At the end of the day, with my dad dying at such an early age, it taught me that all of this is just kind of temporary and just to be happy, and if you feel that right now you’re not doing what you want to do, then you might want to re-evaluate things.

That’s kind of what the theme of my album is, it’s basically about me being over-educated.

I mean I’m glad I got an education … Obviously, it’s useful and all that, but it’s like, we’re kind of in a system where it’s more of a racket for banks and institutions to make money.

I think more than anything, I just want people to have a good time and be happy, you know, because it seems fleeting. I deal with anxiety and depression sometimes, but you know what, when people are happy, you can tell, and I think that resonates. So, that’s what I want.

Was there a point when you were a lawyer when you were like, “Damn, I gotta pursue comedy instead?”
The main thing is, whatever I do, I want to do it well. Being a lawyer is a huge lifestyle investment, and I don’t like to half-ass things. I want to be good at it, and I figured comedy is what I really want to do, so why not go for it? I mean, I’m not saying I’m right, and that I’m not crazy, but that’s my philosophy.

Daniel Humbarger will be recording his upcoming album live at Sacramento Comedy Spot on Aug. 26 and 27, 2016. This is your chance to have your laughter immortalized on tape (or the digital equivalent thereof). Showtimes will begin at 8 p.m. on Aug. 26, and 10:30 p.m. on Aug. 27. Be sure to check out Saccomedyspot.com as more info becomes available. You can also Follow Humbarger on Twitter @humbargerdaniel. 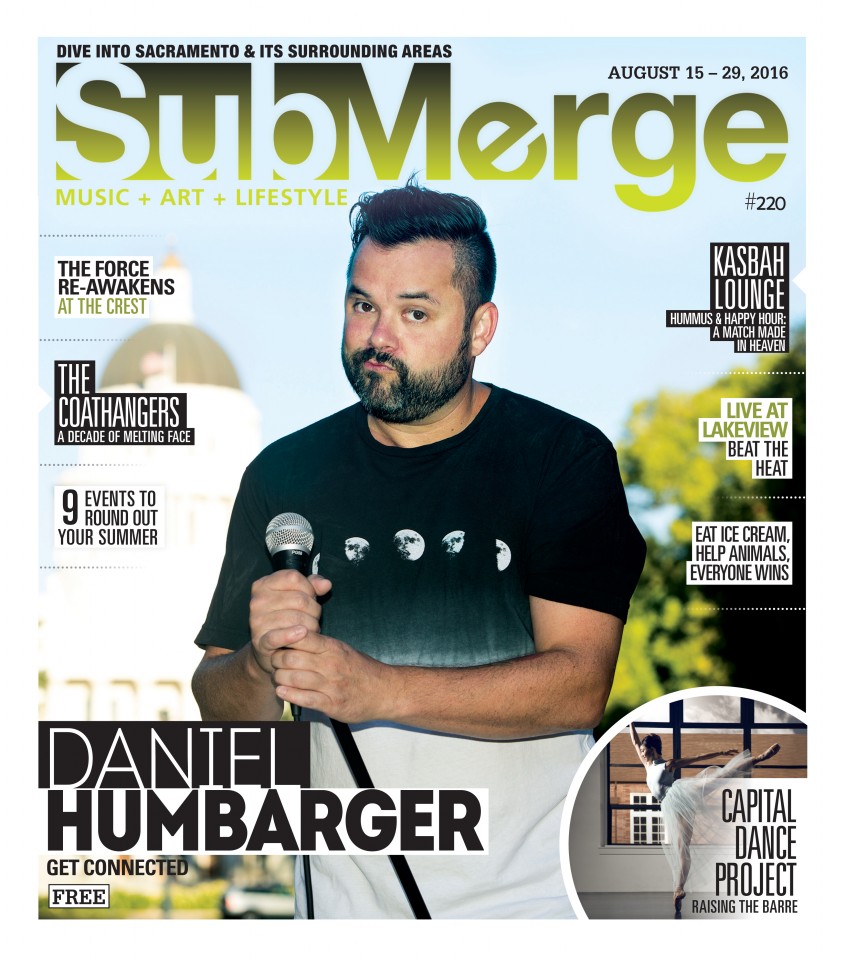