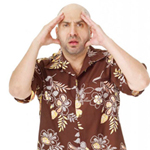 One of stand-up comedy’s best, Dave Attell, will bring his caustic wit and rapid-fire delivery of “very adult” material to Sacramento for three shows at Punch Line Comedy Club on Thursday, Dec. 29, 2011 (show time is 8 p.m.) and Friday, Dec. 30, 2011 (show times are 8 p.m. and 10 p.m.). Attell got into stand-up in the late ‘80s when he frequented the open mic scene in New York City. Since then he’s been named one of the “25 Funniest People in America” by Entertainment Weekly, had his own popular show Insomniac with Dave Attell on Comedy Central, has appeared in hit television shows like Arrested Development and has countless appearances on the late-night show circuit. What better way to get your pre-New Year’s Eve party on than to laugh your ass off with some friends over drinks? More information and tickets available by calling Punch Line at (916) 925-5500, or visit Livenation.com.