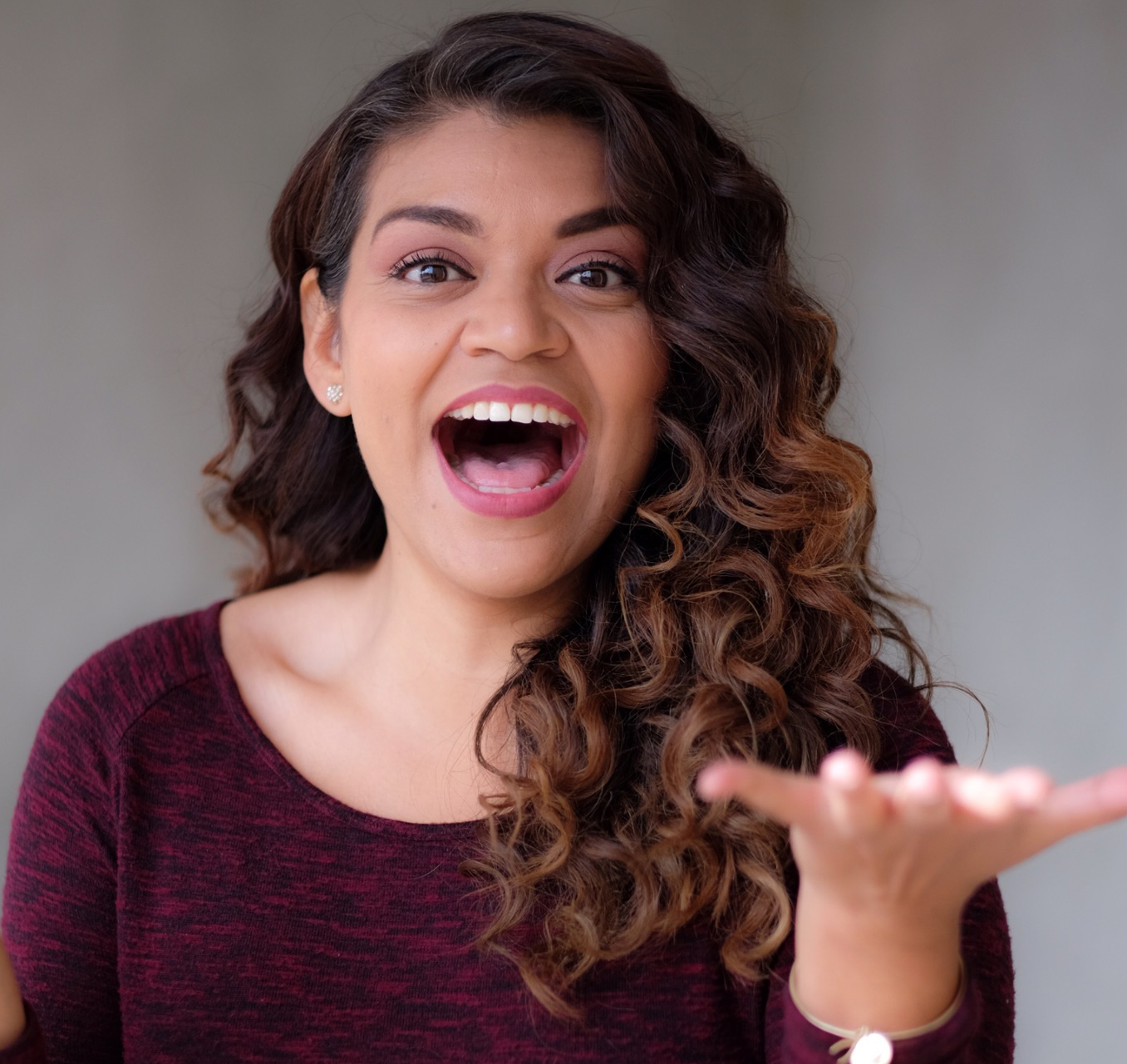 Comedian Glory Magaña (pronounced like lasagna) used to live a double life. A couple of times a week, she would leave her hometown of Modesto and drive to San Francisco. Her family always wondered where she would take off to, and Magaña would tell them, “I’m off to see this guy. I have a boyfriend.” That was a lie. Magaña would commute to the city to take comedy classes, something that she knew her super traditional Mexican family would be opposed to. Her mom would say “Comic?! You mean like a clown?” when she would try to entertain the idea of following her comedic dreams.

Upon completion of her comedy classes, Magaña was to perform in a concluding showcase. As the show approached, she grew nervous and couldn’t stand not having the support of her family in the audience. She came clean to her mother with what she had really been commuting to San Francisco for. Magaña remembers her mom being very upset and having no choice but to go to her big show solo.

She recalls arriving at the venue that day and the ticket-taker telling her, “You packed out the house!” Confused, Magaña told him, “That can’t be right. I have no one coming.”

When she looked out from the stage, Magaña saw the face of her mother in the crowd. She held back tears of joy and went out there and gave one of her best performances.

“My mom came up to me after and was like ‘You are funny! You are good at this. You can’t quit. Pursue your calling,” Magaña warmly remembers.

Since then, she has had some really great shows and some really not-so-good shows. Magaña said her worst was at a show in San Francisco where she opened for comedian Adam Ray. She will never forget how horribly she bombed. Her best show was in Stockton, where she was initially very afraid to perform. The day had started off incredibly, because her mom, who had been battling cancer, had learned she was in remission. With her mom and brother in the audience to support her, Magaña said she brought the house down that night and left her mom and brother in awe. The crowd was totally feeling it, and it was one of the first times she truly felt like a comedian.

A few years ago, Magaña’s mom passed away from cancer. Whenever she is faced with challenges she thinks she is not strong enough to overcome, the voice of her mother resonates within her. In a sweet twist of irony, her mother is the number one force that continuously propels her to pursue her comedic dreams.

Magaña is known for her clean-ish jokes that involve ethnicity, love, family and chubby boys. Magaña loves chubby boys. Growing up, she would watch a Spanish soap opera called Carrusel de Niños and be totally captivated by the romance between two of the portly kids on the show.

“The chubby little girl was a hopeless romantic … just like me!” says Magaña. “And I also though the little chubby boy was soooo cute. After that, the rest was history. Not to mention I feel like a skinny little thing when I’m around bigger men. Beats going on a diet!”

In her routine, she can be heard talking about her type of guy like they are the finest wine made of the juiciest grapes.

Magaña herself towers nearly six-feet tall, and played basketball and volleyball in college on scholarship in Iowa.

“Everyone in Iowa thought I was Samoan. There aren’t many Mexican girls who are almost six-feet tall. I was tight with all the Samoan athletes, too, so that probably fed into it,” she says. People always confuse her for different ethnicities, but Magaña says she rolls with it.

“My Samoan girlfriends would urge me to use my ethnicity mix-ups as a part of my routine,” she says. “They cry laughing when I act like I am one of them.”

She often uses the enigma of her ethnicity as a core part of her routine.

“No one ever knows what I am,” she says. “I make fun of the stuff people come up with.”

As a Mexican-American woman in the world of comedy, Magaña says that people have welcomed her and that she has learned there are a lot of hilarious women of color out there.

“Every time I perform, I meet all of these fellow woman comics and damn they are so funny,” she says. “I sometimes feel a little insecure they are so funny. A lot of ethnic women [are] holding it down and showing true talent.”

For some comedy showcases, you have to pay to apply to perform, sort of like applying to college. Magaña thought about applying to compete in the Women in Comedy festival in Boston, but was always told that it was extremely difficult by comedians she looked up to.

“Women I thought were absolutely hilarious, maybe even funnier than me, were constantly rejected, so I questioned if I had a chance,” she says, “but I applied anyway and got accepted!”

Performing in that festival and mingling with other powerfully funny women has been one of the highlights of Magaña’s career thus far.

A few months ago, Magaña was asked to perform at the Crest Theatre for the upcoming Cap City Comedy Slam. In addition to Magaña, the lineup includes headliner Kirby Shabazz and performers Kabir “Kabeezy” Singh and Ellis Rodriguez. Singh was named “The next big Indian comedian by India West newspaper and has opened up for Dave Chappelle and Dane Cook to name a few. Shabazz is known for his relentless attempt to kill health food stores via jokes and poking at the racist connotations of the Home Alone franchise as well as winning last year’s StandUp NBC comedy competition. The Cap City Comedy Slam is meant to showcase the unique perspectives and diversity of the region’s up-and-coming comedians. This showcase will offer perspectives in how really hilarious minority comics see the world around them.

Magaña is excited to grace the historic Crest Theatre stage for her first time, and to be joined by such great company. The self-proclaimed “tall drink of horchata” is gonna make you laugh, make you love the chub and make you feel susceptible to being dunked on at any moment.