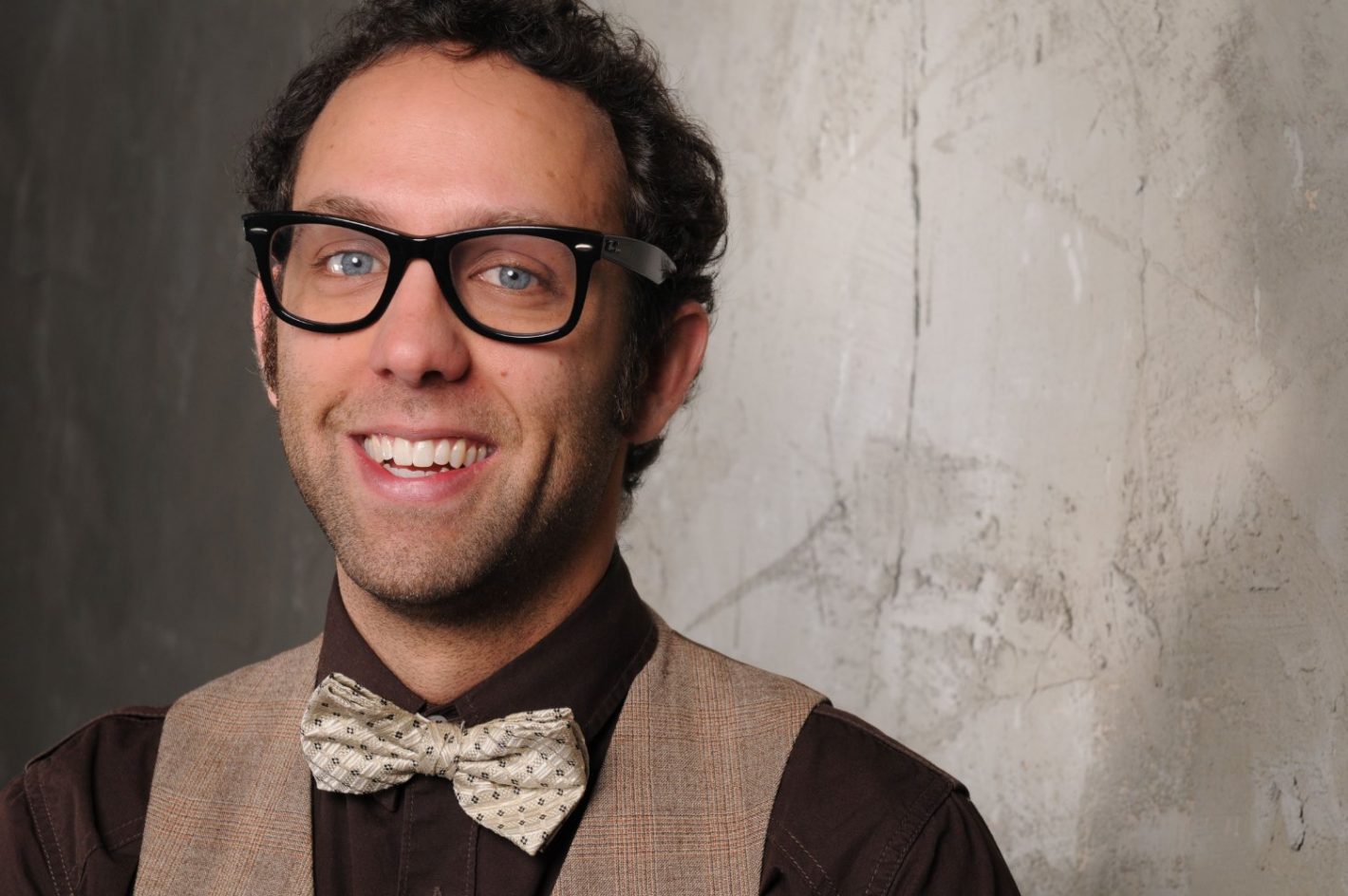 I heard that comedian Grant Lyon grew up in Sacramento, but he clarified that he felt like he didn’t grow up anywhere, with portions of his formative years in different suburbs of Los Angeles, a move to Chicago, then a move to Sacramento in 10th grade where he attended Country Day School and graduated Class of 2002. Unlike many comedians who grew up with comedy idols, Lyon didn’t understand what stand-up comedy even was until he was in college. On a fateful day as a freshman, someone played him a copy of Mitch Hedberg’s first album, Strategic Grill Locations, and his life was changed forever.

“I just listened to it over and over and over as I walked around campus,” Lyon said. “I didn’t even seek out other stand-up CDs. I would do Hedberg jokes at parties. I could do the whole album.”

Before long, Lyon was performing the album for his college soccer team using the microphone on the tour bus. Unlikely encouragement from his coach to write his own material took him on a path to comedy he’s followed ever since.

Lyon is a funny, smart, insightful comedian who makes you laugh and learn at the same time. From his first open mic experience at Laughs Unlimited in Old Sac back in 2005, to his victory at Atlanta’s prestigious Laughing Skull Comedy Festival just nine years later, he’s come a long way. He’s been featured in the New Faces of Comedy at Montreal’s Just for Laughs Festival and is a contributing writer and content creator for Huffington Post, Funny or Die and several other outlets. Currently touring with fellow comic Carmen Morales on their “We’re a Fun Time” tour, we spoke with Lyon on the phone to talk about his origins and motivations. 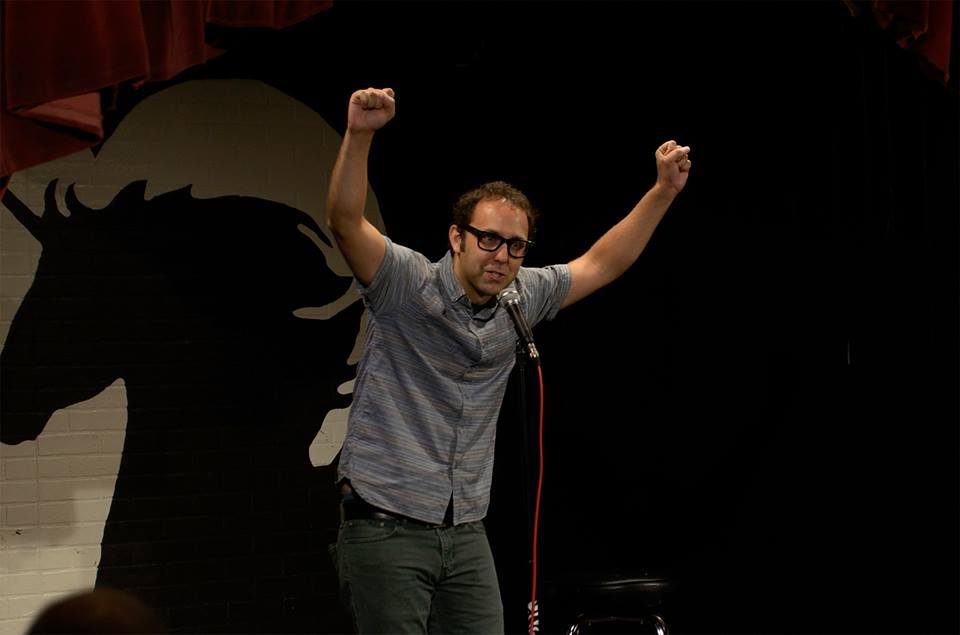 How did you hook up with Carmen and decide to do a tour together?
We’re both friends with each other in Los Angeles and we both respect each other. We actually got booked randomly to do a show in Idaho together. We thought we should do a whole tour around, and we have similar intelligent and silly styles that work well together.

We thought a lot about going places where people would enjoy our brand of comedy. We’re going to Chico, Portland and Salem. We wanted hip, fun cities.

When you’re a comedian that works with a more thoughtful and smart style and you sometimes end up at places with audiences that don’t expect that, do you ever find yourself adjusting because the crowd just isn’t digging that sort of stuff?
I’ll always say what I believe. I’ll never compromise that, but sometimes you do that thing where you’re just like, “Maybe I won’t tell that joke tonight!” because nothing good can come from it. But I also believe in what I’m saying. History proves that anyone who is a little bit liberal is always on the right side. The most frustrating thing to me about the fight over gay marriage or things like that, I just want to say, “You know this is going to happen, right?” There’s been so much time and resources to delay something that is inevitable. Just step aside and let it exist, because it’s not hurting anybody. I think that also keeps me pushing the envelope a little bit onstage, because I feel like I’m on the right side of history.

I guess it’s hard to find a comedian that’s too liberal to be funny.
Totally! And I think it’s important to say, “This is what I believe. You don’t have to agree with it, but I have a microphone so you have to listen to me.” I’m not ever trying to berate anybody or say, “I’m right and you’re wrong,” because that just makes you a jerk. But I will go on stage and say, “Here’s some things I’ve thought about and here is why I think this.” I think good comedy—and there’s always exceptions, I mean I love Mitch Hedberg, and you wouldn’t have left a Mitch Hedberg set knowing exactly who he was—but I love leaving a set where I think they are funny and that I know them. Someone like Tom Segura or Dana Gould is great at that.

When did you first become conscientious about stand-up comedy?
It was late for me. I grew up in a family that didn’t pay attention to comedy. We didn’t have any comedy records. I don’t even think I knew that stand-up as an art form existed. I loved The Simpsons and Saturday Night Live. Those were my comedy outlets growing up. When I was in seventh grade, I watched one of my very first SNL episodes and Chris Rock was hosting it. He went up and did a monologue, and it’s one of the best monologues ever. He has a joke about why would you give blind people a dog, and a tank coming down New York, and I loved it so much, recorded it and watched it over and over again. It wasn’t until I was in college that I looked back and thought, “Oh, that was stand-up!” I didn’t even realize it was stand-up at the time. I just thought, “This monologue is so great, why don’t they just do all monologues?” The first time I ever stepped foot into a comedy club was when I was performing.

Do you remember what your first joke was?
If you see me on stage now, I’m absolutely nothing like Hedberg, he was a big influence, but my first six months, I didn’t have my own voice. I was writing jokes for Hedberg. I listened to him so much, I literally heard his voice in my head when I wrote those jokes. I was 20 and didn’t know much about the world, but now I do social commentary. I like to take personal experiences, talk about those, and reflect about how that personal experience is a comment on our society as a whole.

OK, I remember my first joke. “I don’t understand why we call blonde hair ‘blonde.’ It’s yellow hair. We say brown hair. We say red hair. I’ve never been like, ‘Man, Charles is a chicken. He’s such a blond belly. Wait! Slow down! That light is BLONDE!’” and I just had all of these examples of using blonde instead of yellow. That was a joke from my very first set.

How did you feel about your first set?
I have a theory about first sets. Anyone who is successful in comedy had a great first set. It doesn’t even have to be a great first set, but it has to be great in their own mind. Some people have the first set go terribly, and they never want to do it again. But if the first one goes great, then you know that it’s possible. It’s like a drug and you spend the rest of your career chasing that high again.

I was so excited and nervous. I probably practiced that five minutes for three hours that day. When I went on stage, I don’t think I said a single word that I didn’t rehearse. If I was to be an impartial observer, did it actually go that well? I don’t know. But in my head, people were laughing and I was so excited that I left my car there and ran all the way home!

It’s great to see someone do well their first time on the mic. It’s like they won a contest. There’s so much fear and joy going through what many would consider is one of the scariest things you can do.
Yeah. It has to go well in your mind. Did I crush it? I probably didn’t. But I was so nervous that at least a few people laughed, and that was enough to make me feel like I succeeded.

Those three people are the best people in the world when you’re struggling.

I started in Sacramento. That was my sophomore year of college. I performed six times, so I wasn’t a comedian yet. I never performed off campus. But that summer I wanted to try it more. Laughs Unlimited had a comedy class. Comedy classes have a stigma among comics, but I’ll never judge anyone for doing them because I didn’t know how to be a comedian. In almost anything else, you’ll take a class to learn how to do something. I signed up at their open mic and I didn’t get on. Someone said, “If you want to perform, you can take the class here and you’re guaranteed to get a spot on the open mic every week!” So I signed up.

Who was teaching that class?
It was Del Van Dyke, like 12 years ago. Did it make me a great comedian? No, but it provided me with a supportive environment to try comedy. So from that perspective, I was glad I did it. It was the first time and I performed once a week.

During my Junior year of college, I decided I really wanted to do comedy more, and that’s when I started taking it seriously.

I see a lot of impatience with newer comics where they want to be a feature or headliner so soon. What advice do you have for comedians that are frustrated with their progress?
I think I started letting go of that stuff is when I thought, “What is going to make me quit this?” I finally came to the conclusion that I will be doing this forever, even if I’m struggling and have to get a day job. I’m still going to be doing stand-up. I love it. Once I realized I’m in this forever, it takes away the impatience. If you’re in it for quick fixes, it’s going to get frustrating.

I’m a comedian. I don’t know who I’d be if I never got on stage again.

Grant Lyon is performing with Carmen Morales on April 2, 2017, at Punch Line Sacramento (2100 Arden Way). You can visit Punchlinesac.com to purchase tickets and for more details.