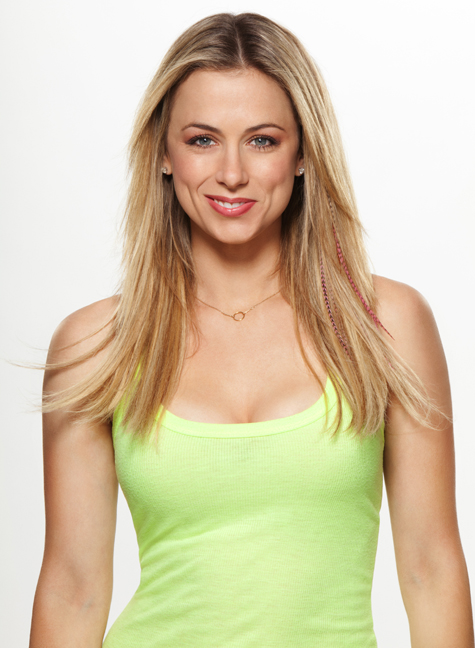 Talent, hard work and confidence–and a dash of luck–are needed to nurture any career in entertainment, and Iliza Shlesinger has been fortunate enough to have all these ingredients in abundance.

The winner of Last Comic Standing 6 back in 2008, Shlesinger is the only female comic to take the title, though even that wasn’t an easy road. She staved off elimination multiple times in order to take the prize. It’s an accomplishment to be sure, but it’s not something she has ever hung her hat on.

“It’s a cool thing for sure, but I think other people are more impressed with it than I am,” she says. “I would be a real tool if I rested on those laurels and still talked about it.”

While it’s not her sole accomplishment, it certainly gave her a quicker start than others in the field. Still, it’s what she’s done since that’s entrenched her as a force in stand-up.

“I don’t brag about it, because I know what I did. As we get farther and farther away from it, I don’t want to be the guy who’s like, ‘Remember how good I was at football in high school?’”

Her journey in comedy began before Last Comic Standing. She says her first loves were sketch comedy and improv. She wrote for a troupe while she was in college, but then one day, she wrote a one-woman show, which, probably more so than her victory in the popular TV show, laid the roadmap for her current career.

“I was the only girl in my troupe who wrote stuff, and then it hit me, why am I writing stuff for other girls who aren’t writing for themselves?” she explains. “Why don’t I throw my thoughts in linear form on to paper and write them for myself? I just started writing paragraphs. It’s a weird answer, but I moved to Los Angeles, and it didn’t seem like a stretch to start doing stand-up comedy. Someone gave me some stage time, and they asked me to come back the next week. I just kept coming back and getting asked to do other shows, and it just became something I was obsessed with, I guess.”

Shlesinger says that she always knew she would be “funny for a living.” She was so single-minded about that inevitability that she “just didn’t think about anything else.” For years, she hosted The Weakly News, a news satire show for Thestream.tv in addition to touring as a stand-up comic. Armed with striking good looks and an even sharper tongue, she has recently made the jump to more traditional airwaves, hosting the syndicated dating show Excused, which has recently been picked up for a second season. Shlesinger discussed her latest endeavor, how success as a stand-up comic hasn’t necessarily translated to success in auditioning for acting roles and fetishist Google searches in the following interview.

When I Googled your name, the second thing that popped up was “Iliza Shlesinger feet.” I wasn’t sure if you were aware of that.
I don’t know why. It’s very odd. Everyone mentions it to me. I don’t have a foot fetish, I don’t know people who have feet fetishes. People are just creepy.

It’s because of that one video you did, right? For The Weakly News where you showed your feet because you injured one of them.
I guess, but it’s not like billions of people watch it, but I’ve done plenty of videos where my arms are showing, and people forget about that.

That’s just the one that happened to catch on.
Yeah, people are sick.

How did you get hooked up with Excused and how has the experience been so far for you?
I wish I got hooked up with it. I auditioned for it. Do little girls dream of hosting a dating show when they grow up? No. [Loud car horn] Sorry. [To another driver] For real?! Oh my God! I’m sorry, this one person is ruining my life single-handedly. Give me one second. Is it bad that I believe she should be put in jail for being that bad of a driver? My whole thing is like, if you’re driving and this is a simple turn that you can’t complete, what poor decisions are you making in everyday life that are affecting the rest of us. You’re an animal. You shouldn’t be allowed out if you can’t make a left hand turn.

Anyway… It’s a late night dating show, and I got the gig, and I was like, I either do it my way or I don’t do it at all. I make up all my own jokes on the spot. There are no writers, there’s nothing like that. I’m fortunate, because most stand-up comedians get a gig, and they have to read lines…but for me, they really let me say what I wanted to say.

I’ve seen a few clips from the show, and you really don’t pull any punches with the contestants.
There are things that I want to say that they won’t let me say. Then you watch it, and because of standards and practices, they edit out a lot of things. Even though it’s a late night show, in some places it’s syndicated at 4 in the afternoon, and it’s like, really? It’s weird what will fly and what won’t. Last night, I made a gay joke on the show, and they kept that in, but I’m not allowed to say, “douche bag.” It’s like, OK, let’s offend the gay community, but not douche bags.

Were you into dating shows when you were younger?
No. I loved Blind Date when I was in middle school or high school. I don’t remember, but this is the same producer who did Blind Date. Everyone liked Blind Date. I remember, of course, watching Singled Out. I really liked Jenny McCarthy, and I always thought she was great on that show. It’s kind of ironic that I looked up to this blonde woman with big boobs who was funny and crazy, and now I do that for a living. I don’t think I look like Jenny McCarthy at all, but it’s funny how things come full circle.

Has the show affected your views of the dating pool or the dating scene?
No. It’s such a microcosm. You’re going to get creepy guys and gold diggers and douche bags no matter where you go or what you do, so the fact that we condense that world down to 19 minutes and put it on display, I’m not disheartened or anything like that. It’s a TV show, so everything’s exacerbated. I look for very specific things in mates, and I don’t think I’ve found it on my show, so I don’t like to judge them because different people like different things. I’m trying to be as political about this statement as possible [laughs].

Is writing something you’d like to get more into?
For TV shows? No. The people who love writing, all they want to do is be writers, just like teachers or nurses or whatever. I find a lot of times for stand-up comics, you write because it’s a gig that you can get that you’re good at, but if you had your druthers, you’d write for yourself or do your own thing. I’ve been very fortunate that I’ve never had to take any sort of job in comedy that I didn’t want because of these small successes that I’ve had. Writing for my own show would be one thing, but I don’t really have an interest, other than for a friend or a really cool project, in sitting in a writers’ room and writing for someone else. It’s hard to do once you’ve done stand-up. It spoils you for a lot of things.

Is it the singular control you have over it?
Kind of. I could imagine any writer would be like that. When you write a joke, you want to have it said a certain way, and depending upon your director or your producer with his two cents, the actor may say it differently. For me, I don’t think I would want to have the challenge of writing for someone else’s voice. I’m always impressed when writers can do that. Being a stand-up comic is a weird thing, because when you’re on stage, everyone loves you and you’re a star. And then the next day, when you go out on an audition for like girlfriend No. 3, you walk in the room and no one knows who you are. Someone will be like, “Oh, have you tried stand-up?” and you’re like, “Yeah, I’ve tried, and I’ve bought a house with that money.” One art form doesn’t necessarily mean you’ll be good in another art form or recognized in one, so it’s a real mindfuck for lack of a better term.

Sometimes I’ll see stand-up comics who I really like, and they’re in a commercial for like two seconds, but I know them by name.
Right, right. It’s weird. Even just from an appreciation standpoint, you go to a club, you’re there for the weekend, they pick you up in a car, your fans come. You want to go to these casting directors and say, “I have fans.” People ask me for my autograph, and you want me to show me your profile so I can read this horribly written thing about being a sexually frustrated neighbor. Give me a break. It’s the weirdest thing ever.

Is it tough to find good roles for women in comedy?
I think it’s getting easier and easier. I think people are starting to realize that women are just as funny. It’s not about the fact that you have a vagina. Don’t get me wrong, there are plenty of unfunny women, but there’s also plenty of unfunny guys. In fact, there are probably more unfunny guys. Pretty much everything I read is, “You’re the quirky neighbor who just wants to have sex and doesn’t understand relationships.” I’m like, I don’t really know a ton of women like that, but OK. A lot of them are written in a very similar voice. One network will get a show that’s a hit so every network will copy it. I think women are gaining more and more. You look around at movies and TV shows, and women are getting more of a chance to give their opinions, and I think that’s great.

Iliza Shlesinger will play Punch Line in Sacramento Nov. 15—17, 2012. You can buy tickets for the show through Punchlinesac.com. To keep up to date on Iliza, you can follow her on Twitter at Twitter.com/Iliza, where, amongst other things, you can view daily pictures of her freakishly adorable dog Blanche.