On Brand • Jen Kirkman and the Making of a Comic Mind 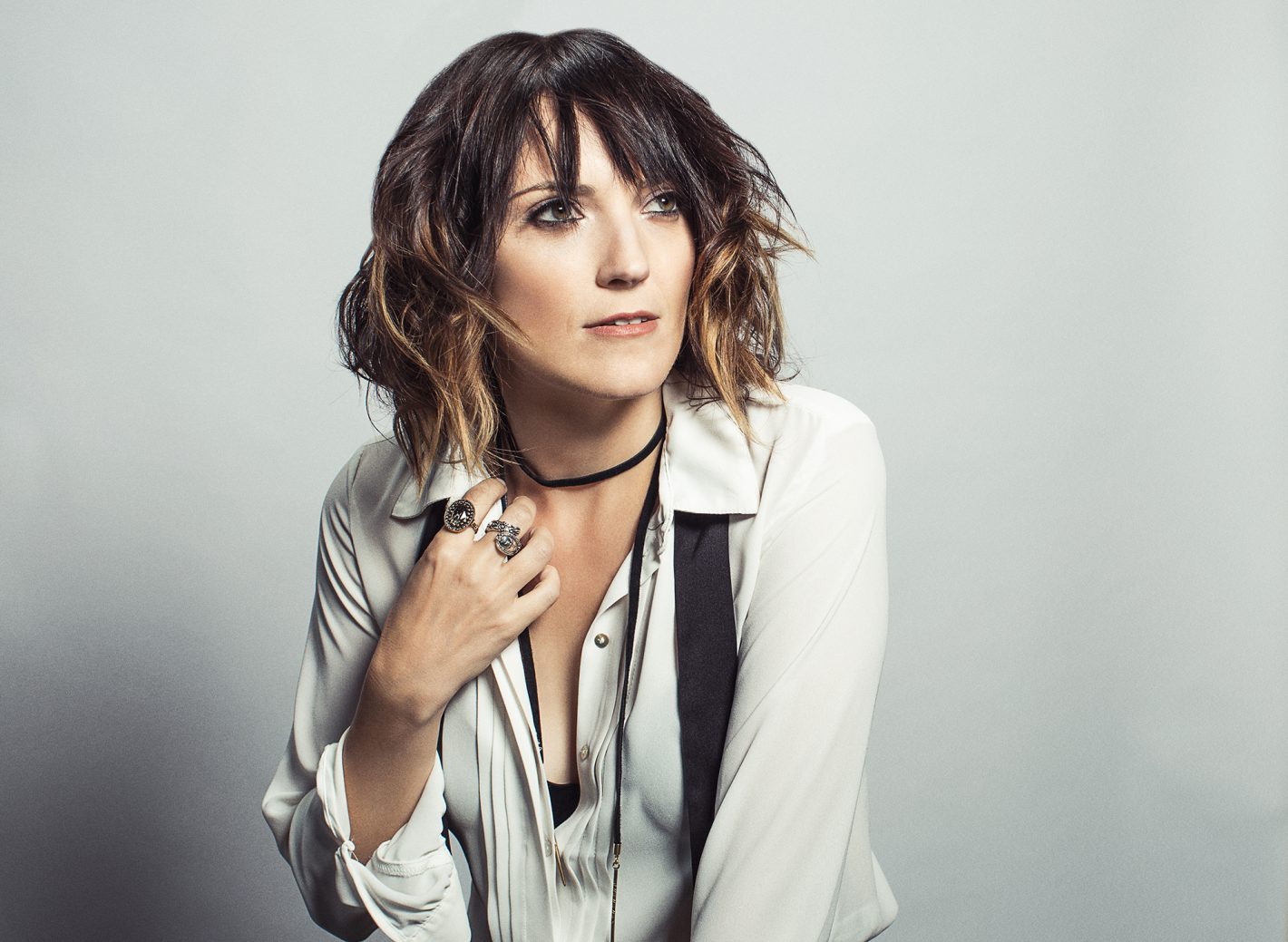 Twenty years into her career, Jen Kirkman is at the top of her craft. Having started comedy in her hometown Boston, she spent the next four years on the grind in New York before the inevitable move to Los Angeles, where she has lived since 2002.

It’s not an atypical trajectory for a comic, akin to doing a semester at your local community college, transferring to a state school to finish your bachelor’s and then entering the workforce (Kirkman did get an actual degree in acting from Emerson College). It’s a foundation on which she’s built an impressive oeuvre—four comedy specials, regular appearances on Chelsea Lately, Drunk History and @midnight, and a New York Times bestselling book. She also writes for the Emmy award-winning show The Marvelous Mrs. Maisel and has her own podcast, I Seem Fun.

If you’re just catching up on all things Kirkman, start with one of her two specials currently featured on Netflix: 2016’s I’m Gonna Die Alone (And I Feel Fine) and 2017’s Just Keep Livin’? Both capture Kirkman at her essence, a brilliant writer and engaging performer who will tell you absolutely anything about herself. Touchy subjects lose their tension under the weight of her punchlines, and Kirkman’s propensity to offer herself as the butt of the joke at just the right time keeps it from ever feeling polarizing. It’s solid stuff.

Though Kirkman might now be considered one of the best in the business, her well-honed trait of not taking herself too seriously translated into our conversation as well. Talking through toast, Jen told me a bit about how she builds her material, the behind-the-scenes of shooting a special, Twitter, TV and taking things further in a post-45 world. 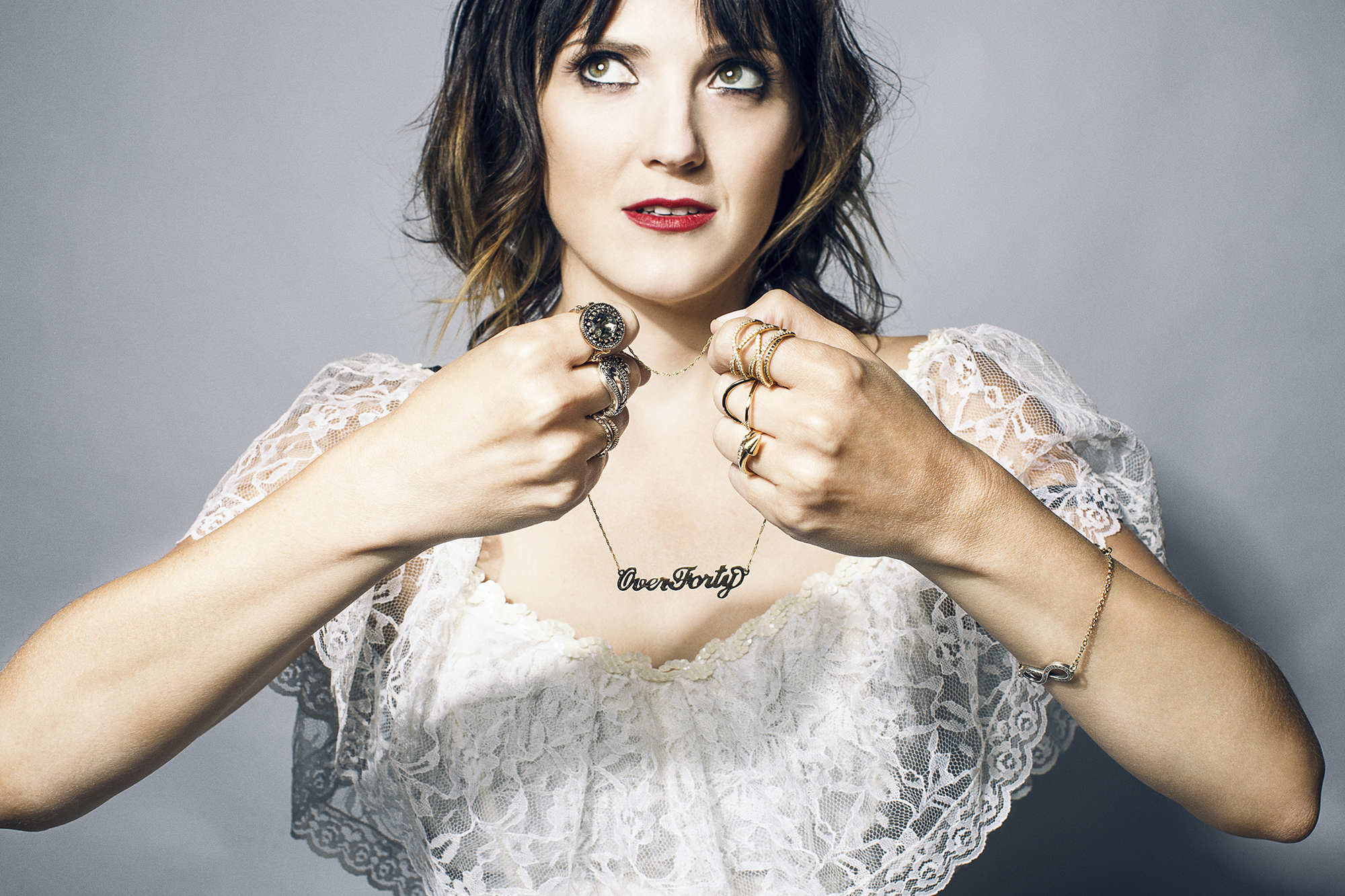 What inspired you to record your last special at the Bowery?
I had only been doing [comedy] for a year in Boston when I moved to New York. I kinda wanted to go back there in that “Look at me now!” way. Not that it’s playing Madison Square Garden, but for me, taping a special was my version of something big like that. I had played the Bowery Ballroom once before, and of course I just kinda liked the history of the place. It makes me feel punk rock. And I figured it was a good venue—they don’t have seats, so you have to put your own seats in. Just on a really boring, technical level, it’s a great place to have a bunch of cameras. It’s amazing; if you walked in on the day of the production and saw all the equipment, it’d look like we’re shooting a movie. Also, New York is changing so much now that people really don’t like to wander out of the area that they’re most comfortable in. If there’s a douchebaggy nightclub on 10th Avenue in the Meatpacking District, you can play a really awesome venue next door to it, but because it’s in that douchebag area fans are like, “I don’t wanna go up there.” So I’m like, OK, Lower East Side you can’t go wrong. People from Brooklyn can get there easily, and Queens people will come. Weirdly, all those technical factors that people don’t realize we have to think about came into play. And then of course, acoustics. It sounds like thousands of people are there when really it’s only 300.

In your last special you talked about some touchy topics. Virginity, rape, periods, catcalling. Venice. The one about age stood out as something I never heard addressed in comedy. You go tricky places but don’t scare anyone off.
Well it’s interesting, I taped that special before the 2016 election. And I feel like everybody is way more woke now. I almost wish my bits were scarier, more Hannah Gadsby and confrontational and changing the world. Now I’m like, “Aww I made everyone laugh, it means I haven’t offended anyone.” It’s so funny how different things are now where I’m like, “Oh, that’s so quaint, my little special about catcalling” before we got a president who said “Grab ‘em by the pussy.” I taped it before that. It was a totally different world; it was so innocent. But I feel like if I can make those things funny, then people will listen. Someone in the audience even got upset in New York City because I said that when I travel alone I Google “cities that women are less likely to be assaulted in.” And they were like, “boooo.” I’m like, “Sorry, but it’s true.” But now that would never happen. They’d be like, “Ohhh yes, OK.” A lot’s changed.

It’s funny that your Twitter is super political, but your stand-up is not really at all. Is that just how your last hour shaped up, or is it by design?
To me it’s like if you’re a tap dancer taking ballet. My specialty just is not political humor. I just don’t know how to take what I think—just so much crap in my head about politics—and narrow it down and make it funny. And then also stuff like comedy specials, it’s hard to do political stuff because it changes so quickly, so you have to be generic. Like how George Carlin’s point of view was always the same no matter what was going on: “I don’t trust the government.” Stuff that’s always gonna be applicable. It’s just two different things for me. Twitter I feel like is a social activism place, but it’s weird; it must confuse people, because some people have told me, “I don’t wanna go to your shows because I’m going to escape and I don’t wanna hear about politics.” And I’m like, “Oh shit, I should throw some jokes in my Twitter” because I don’t talk about politics [on stage]. This year I mentioned Trump a little bit on stage, but it was in relation to an old story I was telling about growing up being afraid of nuclear war, because in the ‘80s that was all that we talked about. I was saying it’s fun almost to watch a younger generation get freaked out about Kim Jong-un and Donald Trump because I’m like, “Oh kids, I went through that in the Cold War.” So I mention that Trump is president but I don’t really get into it. It’s not because I’m afraid of what anyone will think; it’s just a whole other skill that I just haven’t honed. Me talking about politics would just be me screaming “FUCK!!!”

It does seem pretty apparent to everyone at this point how hard it is to make what’s going on now funny, because it’s already so absurd.
Exactly. And also I’m more narrative, story-driven. I’d rather my comedy translate into a TV show about my life than a political show. It’s just not my “brand,” as I guess they say.

Speaking of TV, you’re a writer on The Marvelous Mrs. Maisel. How much of yourself do you put into that character?
Not a lot. I really wanna give credit where credit is due. My boss, Amy Sherman-Palladino and Dan [Palladino] are the creators of the show, and it’s their baby. It’s their branchild. This has been inside of Amy forever—her dad was a stand-up. And Midge [the main character] kind of reminds me of Amy the way she talks, just funny, fast-talkin’. I don’t think so much that I’m sitting around putting myself into Midge. I think it was just perfect kismet that Amy and I have kind of similar personalities, and I’m part of the show, so I think, “Oh, I wonder if Midge would make a joke about … whatever. Underwear.” And I’ll pitch it knowing I probably understand the character, but it’s not me putting myself into it. But I don’t write a ton of her stuff. We all contribute jokes here and there and we write a lot of the other stand-up stuff. One of my favorite things to do on that show is write jokes for the 1950s guys. Kinda like sexist, not-that-funny 1950s stand-up is delightful to write for. And we do write jokes for the other characters that aren’t comedians, so we’re kind of just around. It’s one of those things where comics usually do not like writing for TV, because they’re afraid they’re gonna have to give up their material, and I haven’t run into that. Mainly because it’s the ‘50s, so she’s talking about stuff that I’m not. So it’s kinda worked out perfectly.

Of all the recent shows about coming up in comedy, it does seem by far the most accurate to what it’s really like.
Amy [the show’s creator] wanted us [Jen and Noah Gardenswartz, the other stand-up consultant] around for those details. We’ll pitch certain things to her like, you know, some rooms, we never wanna try out new stuff because the talent bookers for late night shows might go to those rooms. We might explain things like that to her, those little moments. But again her dad was a stand-up so she knew a lot of this stuff already. But I think the fantasy of it is that she [Midge] kills right away, you just have to buy. Like how if you’re watching Sex and the City, she doesn’t really have a high-paying job and her shoes are $5,000. It’s kind of the fantasy of a quick rise, and it does happen. A lot of comics resonated with the episode where she just kept bombing. I think this happens more in comedy than people think. I think you kill the first time you go on because your energy is so crazy, it’s never gonna be matched again. It’s lightning in a bottle. And then you think you’re awesome and then you bomb after that and you’re like, “What the fuck?” I love the episode where Midge thinks it’s the crowd.

That’s my favorite one!
That happened to me when I first started. I’m like, “Umm, I don’t know if you guys heard, but I’m really good at this.” I bombed for years after that. I think that’s what’s so charming about the show. Comics are assholes, and we get to see Midge be an asshole sometimes.

How’d it go the last time you came to Sacramento?
I basically bugged the owner of Harlow’s. We were trying to do a sound check, and I heard he had worked with Nirvana once, and I was like, “Tell me everything about Kurt Cobain.” I was so annoying I think he basically had to go hide in his office, because I just would not stop asking him questions. But the crowd was great. One of my favorite moments during the show last time was there was a guy in the front row wearing an Army uniform, and I said, “Thank you for your service.” And then I asked, “Do you hate when people say that?” And he said, “Actually I do. I’ve never seen combat, I’m in administration, and I spend most of my day on Match.com.” It was the funniest thing in the world. I don’t usually talk to the crowd but that one really paid off. The crowd was definitely funnier than me in that moment.