Last Christmas, comedian Johnny Taylor woke up to receive one of the best presents of his life. It wasn’t a big screen TV or a new car, but a record deal. During the wee hours of Christmas morning he received a text message from Dan Schlissel, the president of Stand Up! Records that read, “I’m about 20 minutes into your album and I want to release it.”

“So he faxed me a record contract, I signed, and I was like fucking Merry Christmas,” explained the stand-up comedian.

At first Taylor’s only reason to even record a comedy album was to have merchandise and make some extra cash after his stand-up gigs. But after taking a chance and sending the president of a huge record company his raw comedy recording he thought, “What’s the worst that can happen?”

Taylor has now turned his small chance into a huge opportunity. His debut album, Tangled Up in Plaid can now be heard worldwide on iTunes, Spotify and Rhapsody.

Taylor turns what should be mundane observations in his life into hilarious comedy bits. His new album is full of his life stories that are brilliantly turned into jokes. At times you can even call it dark comedy, but it will still make you laugh. On the album, he pokes fun at his lazy eye, finding his mom’s sex toys as a kid and hating his day job.

After performing in the Sacramento comedy scene for five years, Taylor has a lot of love for this town. Not only did he record his live album at Punch Line, but he will be holding his album debut party at The Sacramento Comedy Spot on Nov. 15, 2014.

Submerge caught up with Johnny outside of The Mill to talk about his new album, the hipster lifestyle and spreading the wealth of Sacramento’s underappreciated art scene. 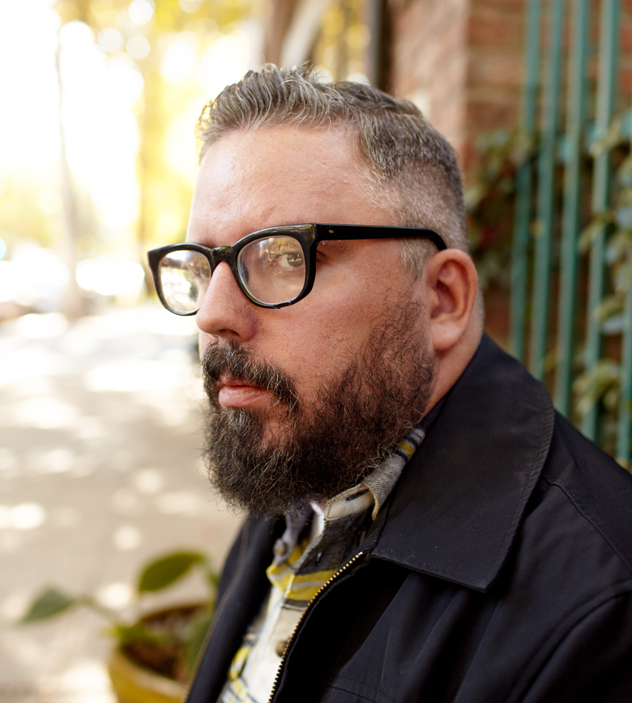 Tell me about your new album, Tangled Up in Plaid.
It’s a live recording of my stand-up comedy as it was a year ago. It took longer than I thought it was going to come out, but it’s because I wasn’t anticipating being signed by a label, which is great. I signed a three-record deal with Stand Up! Records. But they had a lot more important people to get out than me, so it took a while for it to come out. Understandably, they had bigger fish to fry, but I’m really happy with how it turned out and proud of it.

Why did you name it Tangled Up in Plaid?
Tangled Up in Plaid is a side effect of living in any sort of hipster-ish part of town. People talk about Midtown Sac having this hipster culture but there is a Midtown Sac in every single town that you go to in America. And that’s where the people wear plaid shirts and skinny jeans, they drink cold brew coffee…you know what I mean? So it’s a matter of being surrounded by that part of the culture. People call me a hipster and a lot of my friends are… Keith Lowell Jensen is the prototypical aging hipster. It’s just about being in the middle of kind of that hipsterocracy. But it’s also a take on Bob Dylan’s, Tangled Up in Blue.

Where do you fit in in the whole hipster scene?
Just like the older uncle. Hipsters are called hipsters because they like what’s cool before anybody else does, and I don’t think there is anything wrong with that. So if people want to call me a hipster, that’s fine. I don’t claim to be one. I think I’m too old to claim that. If being cool is being a hipster, then fuck yeah I want to be hipster because I think I’m pretty fucking cool.

On the live recording of the album, it sounded like the audience was really enjoying your comedy.
Yeah I lucked out, it would have sucked to do my album recording and the audience just be flat but they weren’t. They were totally into from the get-go. I knew when I was watching the openers, I knew this was going to be good. So the only factor was me performing well. It was the perfect coming together, I had a good set and the crowd was hot. And it turned out being a really good record.

It seems like your comedy is based on your personal life stories, is that where you get a lot of your material from?
That’s where I get all of it from. Most of it are things that have happened or things that I was directly or indirectly involved in or just a thought I had. Anything involving work or my personal relationships, it’s not secret. I get a lot of material out of the fact that I have been married and divorced, more than I’d like to admit. But all of it is real personal. I think that’s the only way I know how to write. A lot of people are very good joke crafters and one-liner comics but mine are basically, “This is my life story.” I try to make it as entertaining as possible but they are based on things I would probably tell at a party. When it’s personal there is a passion behind telling it because it happened to them.

Is it ever nerve-wracking revealing yourself to a group of strangers?
It’s weird in general just doing stand-up. But having it recorded on a record that is now being consumed by people that I don’t know, in other parts of the world. I have a Twitter following and I get these weird replies from material from my record and I’m like, “Oh, that’s weird some dude in New Zealand listened to a story about me shitting on a steam cleaner.” It’s hard to wrap your fucking head around it. So yeah, it’s weird.

Did you start performing comedy in Sacramento?
Yeah, I think Sacramento is a good place to start. Sac has such a great art scene and people don’t appreciate it, they have amazing bands and really incredible comics. I can name five right off the bat that I would put up against everybody.

When I think of the Sacramento comedy scene, I think of everyone on it being a big family.
It’s very much like a family. We fight just like a family, but I think you have that in every scene. When my record went no. 7 on iTunes, I was getting messages from people I haven’t talked to in two years. They were like, “Anything you do that brings up Sacramento comedy is a win for all of us.” And that’s so true. I want all of my friends to succeed because I want people to go, “Oh man Sacramento has a good art scene.” I think it’s important and people don’t realize it, then they come here and go, “I didn’t know you guys were so great.” The logo should be, “Sacramento you don’t suck as much as I thought you did.”

Where is your favorite place to perform in Sac?
I have a weekly show [The Infirmary] with five friends of mine. It’s at the Ooley Theatre. And that’s like home base. Its every Wednesday at 8 p.m. at the Ooley. It’s a small theater that only seats 40 people. It can be weird and uncomfortable; some of the best comics are trying out new material, playing ideas. It’s the ultimate workout room. But certain nights you go there, it can be magic and somebody will have a brand new story that they have never told before and it’s just incredible. It creates a whole energy in the room. That’s what I’m about right now… I think part of it is people don’t know about it. You can only flyer and talk about it on podcasts so many times and try to promote it with social media. I think once the word fully gets out that we are doing it, it’s going to be packed and it should be because they are really great shows.

Describe some of the relationships you have with other comedians in town.
There are people that are your best friends, there are people that you work with and get along with and there are people that you don’t really like that much. Some of my best friends I talk to every day, whether it’s bouncing a joke idea or asking, “How’s your day been?” Once you become a comedian you end up hanging out with all these comedians, which can be good and can be bad. Because I think if you hang about too many comedians too much, your whole life revolves around talking with comedians and doing sets, and doing as many sets as possible. And you become so obsessed with it that you stop living a life worth commenting on. What are you going to write about? So I try and hang out with non-comedians a lot, try and do non-comedy-related stuff. I need stuff to happen in my life so I can write jokes about it. 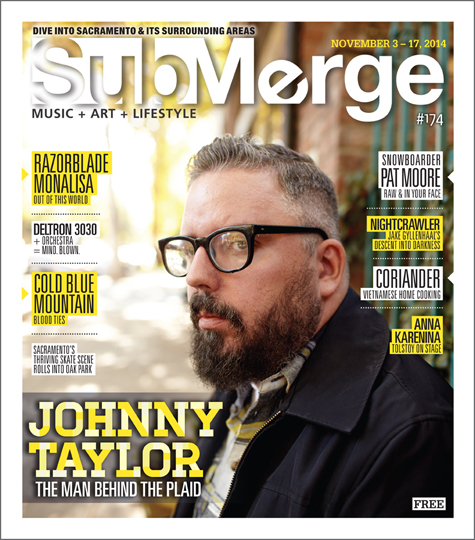 Check out Johnny Taylor live at the Sacramento Comedy Spot on Nov. 15, 2014, and help him celebrate the release of his CD, Tangled Up in Plaid. Tickets are just $8, and the show starts at 10:30 p.m. You can purchase Taylor’s album through his website, Johnnyisntfunny.com.