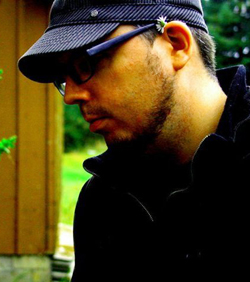 Sacramento comedian Johnny Taylor’s recurring gig “Comedy Kill,” which goes down every fourth Friday at Sacramento Comedy Spot, is quickly becoming one of the city’s premiere stand-up nights. Taylor started Comedy Kill to give him and his friends somewhere to highlight the type of stand-up they’ve been doing. “I thought it would be really rad to showcase smart, offbeat comedy on a consistent basis,” Taylor recently told Submerge. “It’s grown to a point that I get to bring some really talented friends up from the bay area as well,” he said. Taylor has been doing stand-up comedy for just over a year, but has already performed a number of times at 142 Throckmorton Theatre in Mill Valley, Calif., a highly sought after venue. “You never know when you’re gonna be sitting in the green room and Robin Williams or Dana Carvey stroll in,” Taylor said. “I always leave that place feeling starstruck at least once.” Taylor also recently had his set from a gig at Pasadena Ice House recorded for Comedytime.tv. Catch him hosting and cracking jokes at the next installment of Comedy Kill on Friday, April 27 at 9 p.m. at Sacramento Comedy Spot (1050 20th Street, Suite 130) alongside headliner John Ross and featured performers Nick Aragon and Kiry Shabazz. “There are so many talented comics in Sacramento,” Taylor said. “People sleep on this city, but I’d put the top guys in our scene against any other city out there in a stand-up comedy battle royale and feel pretty comfortable with our chances.” Get your tickets for Comedy Kill for just $10 at Saccomedyspot.com.