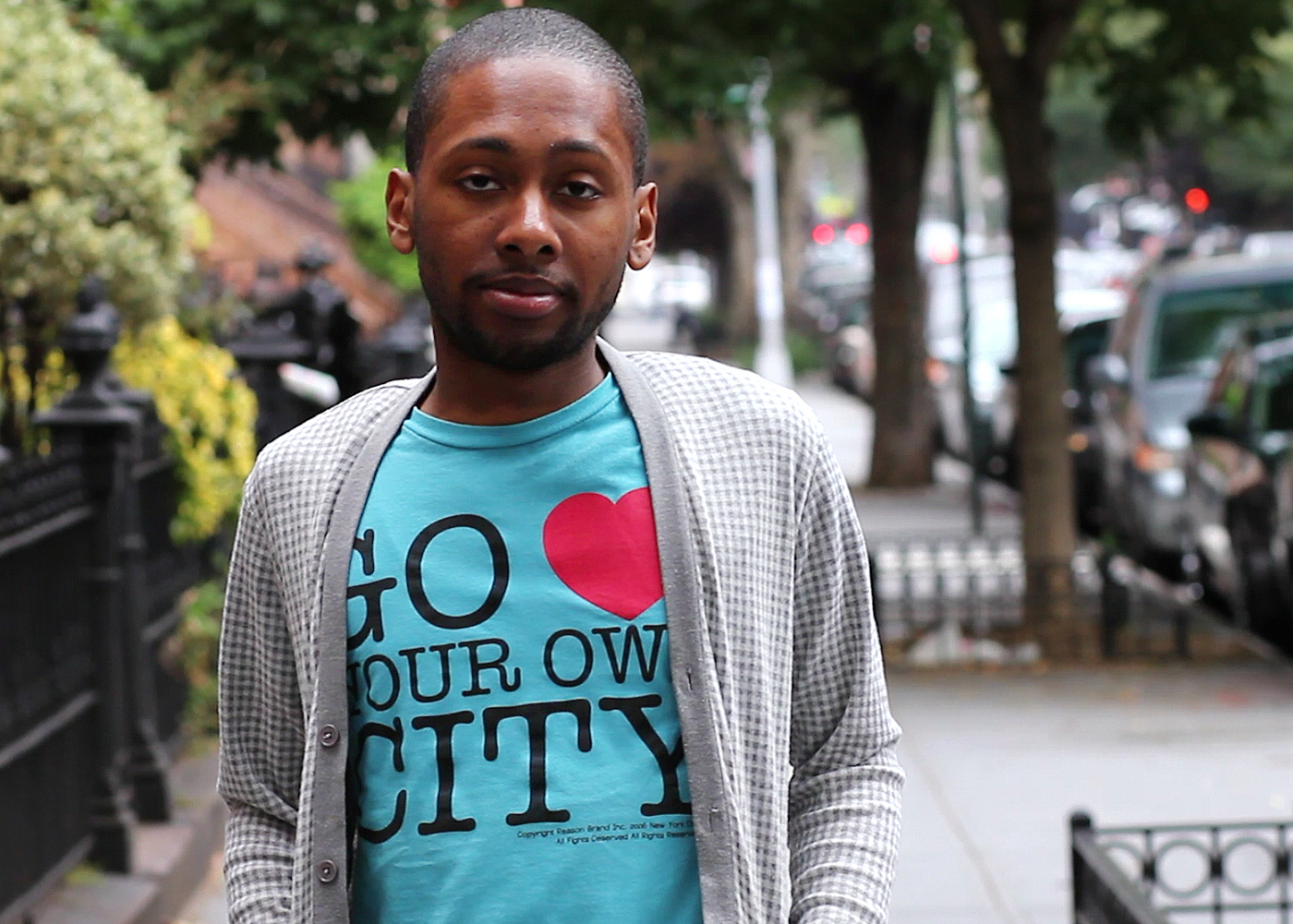 I’m a comedian who loves talking to comedians, so when I had a chance to interview Jordan Rock, I was intrigued. With an eight-year career that started when he was 17, he’s already received notable roles in TV shows such as Love and Brooklyn Nine Nine and will be featured alongside Andy Samberg and Josh Peck in a film about three guys going to a hip-hop show called Take the 10, which debuts on Netflix on Jan. 20, 2017.

So bringing up the fact that he’s Chris Rock’s little brother feels like it makes me “that guy” who had to ask “that question,” but when I asked him who his biggest comedy influence was growing up, how could I not expect that it would be Chris? Twenty-five years his senior, Chris was already a superstar when Jordan was just a kid. His other brother, Tony Rock, is also a successful stand-up comedian and actor, as well.

But the comedy game is honest and as personal as it gets. Sure, some celebrities get into comedy already famous or with a connection, but after 30 seconds on stage, if you aren’t legitimately funny, you’re immediately exposed. It’s not genetic, and it’s certainly not easy. Jordan Rock will be headlining six shows at Punch Line Sacramento Jan. 19–22, 2017.

In anticipation of his upcoming, local stint, I talked with Jordan on the phone about his career, development and what it’s like to perform.

How was that first year in New York?
It was the longest year of my life. It was horrible [laughs]. New York beats you up. The first year was very long, and the second year was cool. Everything else after that was fast. There’s not a lot of quality stage time. You just have to make the most of every set you have, and you have to really network because you don’t know anybody.

Do you have a really memorable bombing story that sticks out?
I followed Kevin Hart one time when Kevin Hart was … Kevin Hart! Two-hundred people walked out on me. They saw Kevin Hart and were like, “This can’t get any better.” Their checks came, I got on stage and then they were like, “Yeah, we were right!”

So as a kid, your brother Chris was already performing stand-up.
Yeah, he’s already becoming him.

Was there any consultation or advice from him when you were young that helped you decide to do that?
He told me to come to New York. Don’t go to Los Angeles, come to New York! He said you got to go to New York to actually develop, because in California, you go there with what you’ve got. They don’t really give you time to develop there, because everyone is coming out there. In New York, you can see someone bombing on Tuesday and killing on Thursday with the same exact jokes, because you can develop.

Are you starting to get fans that are looking forward to you coming back, or seeking you out to go to your shows repeatedly?
It’s building slow and it’s happening, but it’s really a cool thing. I appreciate everyone that comes out, even if it’s at a small place. If only five people show up, I’ll still give five people the best show I can.

Yeah, I always feel bad when a comic performs down the crowd. Like they feel there’s not enough people here for a good show, and they treat the audience badly.
I’ll never forget when I was hosting a show for like 12 people. One of them walked out of the show and went to the bathroom and I asked them if they were enjoying it and they were like, “Yeah, we’re having a great time! We just wish the comics were having as much fun as us.”

On your Twitter page it says “The Solange of My Family” as your tagline. You’re doing your own thing, and your stage presence is really nothing like your brother’s, but it’s got to be weird having that connection. What’s it like having that bond as you’re following your own career?
It’s been interesting. People will put more emphasis on it than you will. I’m just like, “You are not going to make me feel weird for having a dope family.” Once I just got out of what everyone else was thinking and focused on myself, I feel like I’m doing alright.

How long have you been headlining?
About three years now. I did it a little bit with one-night gigs and when comics produce shows, but this is my first time coming to clubs and nice rooms where I’m headlining for a weekend.

Yeah, a Thursday-through-Sunday run at a club like Sacramento Punch Line is a pretty fun set of shows. Plus you get the whole gamut of a light Thursday to the dreaded late Friday show. Why do so many comics joke about the late Friday shows?
Some people just like to be miserable. Some people just like to complain. Or maybe they just want to get out and party. This is my first time doing it, so I haven’t worked hard enough to complain yet [laughs]. I feel like I have to do these shows and do them good so they’ll invite me back so I can do them over and over again.

Doing a run like this, I’m looking forward to people coming out, telling their friends about it, and they’ll have time to come, too, instead of it just being a one night thing.

And it’s a gift to do that many shows in a short amount of time because you can tweak and modify and every show is just a little bit different.
It’s great doing longer sets because when I’m in New York, I’m doing 15 minutes. I want to stretch and it’s time to stretch to show what I can do.

And that’s part of what you’re talking about with that first year in New York, because you’re basically starting with three-minute sets while you’re trying to make a name for yourself.
Yeah, it’s the craziest thing because you’re doing the shortest of sets and you’re trying to make it work. But you grow and fight to get five, then 10, then a nice 15 set. Then you’re ready to put together a project so you can really tell people something.

Is there a comedy album in the near future?
I think 2019 would be a good year for an album. I think I’m going to let everything I’m working on this year go through so people can get a bit more acquainted with me. Then go back out on the road, build on top of that and then put something out. Plus my brother has a special coming out so I want to make sure I’m out of his way.

Do you have a good relationship with him when you’re on the road where you encourage each other?
Oh yeah, I text him all the time.

It seems like there’s more comedians working right now then ever before. What advice would you give a new comic starting out trying to carve out their place?
Do not try and impress me [laughs]. Don’t try and impress other comics. Try to impress people that buy comedy. That’s the problem that comics have. They want to be the comic’s comic. If you want to be the comic’s comic, you’re not going to get far!

You’ll have six chances to see Jordan Rock live at Punch Line in Sacramento (2100 Arden Way) Jan. 19–22, 2017. Tickets range from $15–$20, depending on date and time of the performance, so check out Punchlinesac.com for more details.