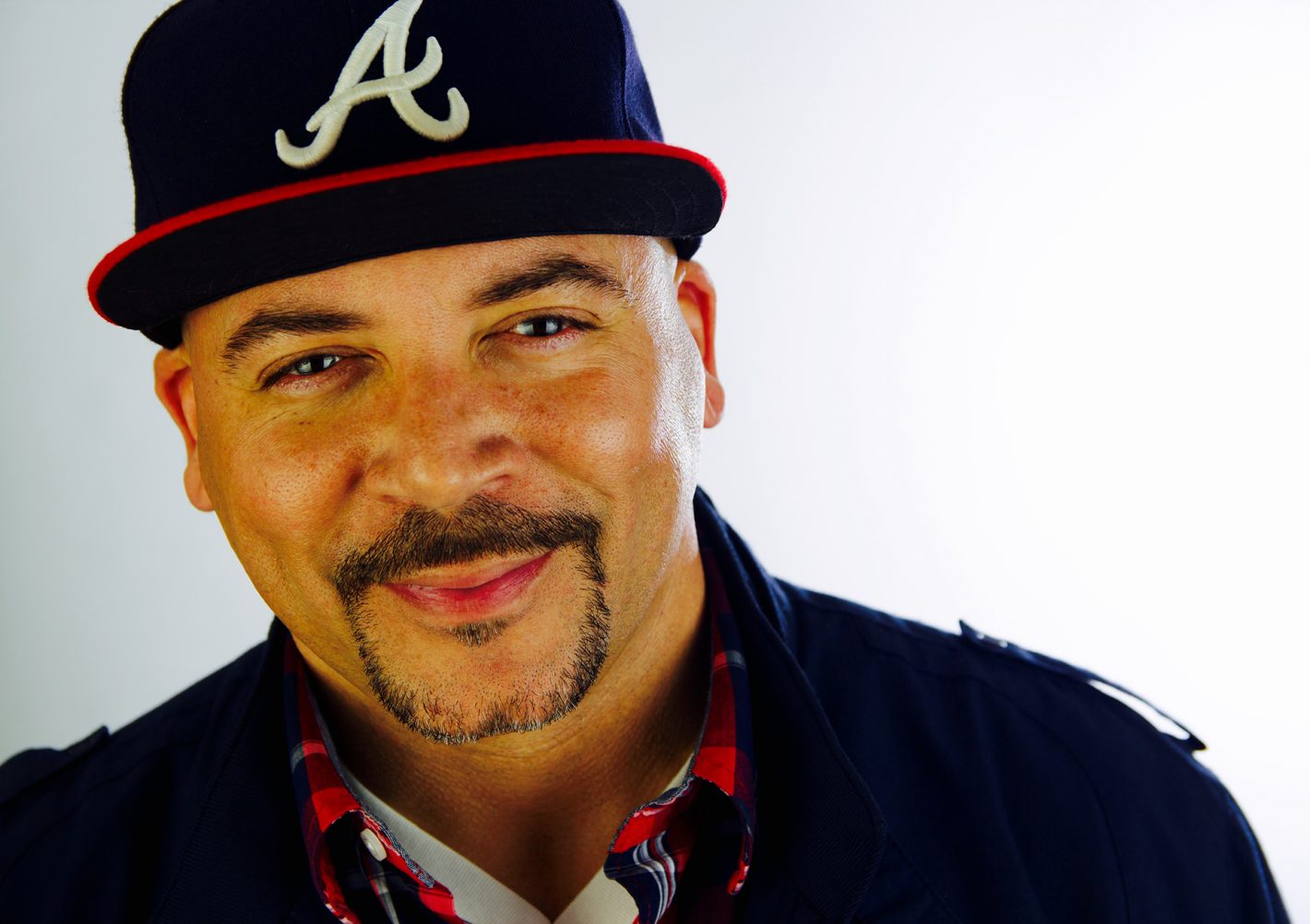 Photo above by Kris Rubio

Key Lewis is currently writing his biography. But he’s not planning on it to be the lengthy, wordy and slightly boring tome that will help you fall asleep at night. In fact, you will only find his memoir in the comedy section of the book store. He plans for his biography to be on stage and recorded in front of a live audience.

“How can I bottle this up into an hour and some change?” asked Lewis. “I know the jokes and I just kinda let the story tell itself.”

Lewis plans to lay out his life on stage in a thought provoking but hilarious way by mapping out his life struggles and realizations behind a microphone. He will relate personal stories throughout his life, from being in foster homes to being together with his wife for 29 years into a timeline of jokes on stage.

Lewis will be recording his upcoming DVD Half Black, Half White, Looks Mexican at Punch Line in Sacramento on Jan. 14, 2018. He will be “starting from day one” with his first memory at 5 years old to the stories of his everyday life with his wife and kids today.

Submerge caught up with Lewis after his drive up from Los Angeles at Oak Park Brewing Company in Sacramento—not only his hometown but his old neighborhood where he grew up—to talk about his upcoming comedy DVD, growing up in Sacramento and a few life lessons.

“It’s 80 degrees in L.A. right now,” said Lewis with a laugh. Currently residing in the slightly warmer L.A. area, Lewis thought it was important to have his DVD filmed in his hometown. Although there are a lot of opportunities in the comedy world in L.A., there is nothing like being in your own Sacramento laughing with old friends.

“For me, this is home. My family, my dad, the people I went to school with, everyone that watched me from being a kid to an adult and knows the struggles and the things that I had to deal with are from here.” said Lewis. “So what better place for me to recite stories or talk about my life and have them remember, ‘Oh hey, I was with him when he used to be that little punk in the ninth grade.’”

Growing up in the melting pot that is Sacramento, Lewis was able to connect to different groups of people, varying in age, sex and race. A lot of his material and characters are based on his experiences growing up surrounded by different cultures from his local neighborhood of Oak Park. He has learned how to connect with different people based on the different environments he grew up in.

“As a comic, you perform in [front of] such a broad range of folks and you become more personable because you have that ability. One day you might be performing for an elderly group of folks that are all white folks and then the next day you might be performing in front of a Latino crowd,” explained Lewis. “It’s just a good strength to have to be able to relate to everybody in some way, shape or form.”

Lewis uses the name of his DVD, Half Black, Half White, Looks Mexican, as almost a disclaimer for his comedy, in order to prepare the audience for what type of jokes they can possibly expect. Originally coming from another comic introducing him to the stage, the title stuck and it’s the perfect introduction to his biography. 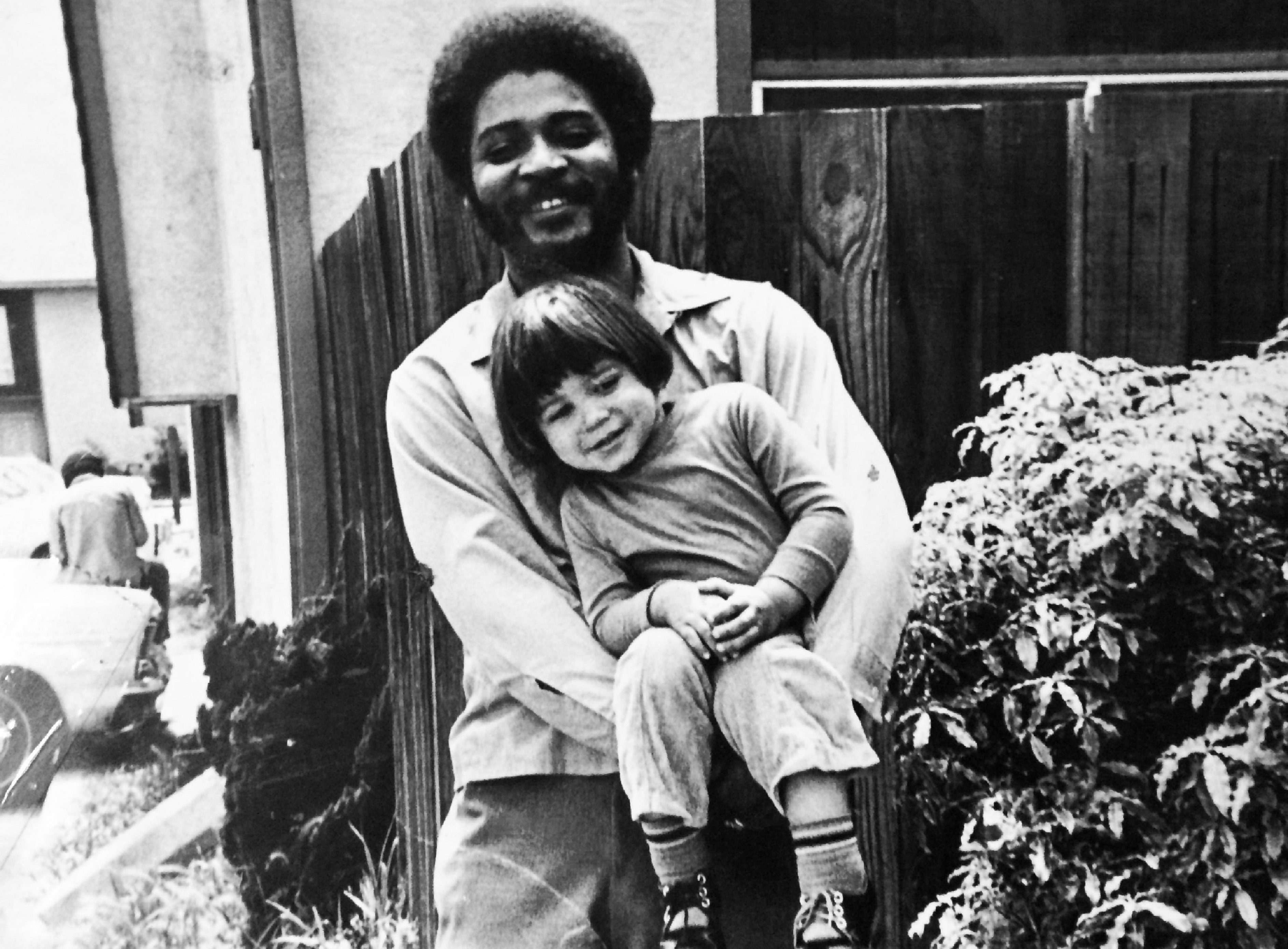 “I think it’s a great icebreaker. The opener is more me talking about my father; there’s not a billboard that shows a black man that is embracing a half-black, half-white baby that looks Mexican,” joked Lewis.

Spilling out all of your life’s struggles and talking about your family’s stories in front of strangers sounds gut-wrenching to most people, but Lewis sees it as a heavy responsibility to be able to relate to people on a whole new level with laughter.

“Making people laugh that you don’t know is very empowering,” he said. “It’s a truer form of communicating.”

As a kid, Lewis used the power of laughter to fight off his first bully, but today he uses that honest form of communication by spreading much deserved smiles to troops overseas. As a Navy veteran, Lewis is now a part of the GIs of Comedy, a troupe that is made up entirely of military veterans who travel to different countries to perform for soldiers. Recently coming back from Iraq just a few weeks ago, Lewis has traveled to six different countries in the past four years, spreading laughter around the world. When performing in front of a group of soldiers, the comedy is no different than a local comedy club.

“I don’t do a lot of military jokes,” said Lewis. “I talk about what’s going on with my wife, my kids, and life. I just make fun of stuff; it takes them away from the, ‘Yes Sirs’ and ‘No Sirs.’”

From Iraq back to his home base in Sacramento, Key finds it important to push the envelope on stage, and ranges his topics from politics to everyday situations with his daughter, while still maintaining a balance of “likability” on stage. He brings to the stage what most people don’t even want to talk about at the dinner table—honest but in your face comedy. He wants his audience to relate with him in the small quirks of the everyday life of being a family man.

During a recording in front of an audience, anything can happen; there is no redoing a joke to make it sound better or funnier. The recording will take place in one day, but there is an early “clean” show that is more family friendly and a later “dirty” show for the audience members who don’t want anything edited from the jokes. Lewis wants to make his comedy accessible for anyone who wants to laugh.

At the end of the day, Lewis has very simple advice about doing comedy: “Don’t be a dick.”