Aren’t You That Guy from That Show?

You May Know Him Best as Huell in Breaking Bad, but Lavell Crawford Also Brings with Him an Impressive 25-year Resume in Comedy

When Lavell Crawford saw the pilot for Breaking Bad, he thought to himself, “Damn, this is gonna be a great show if it takes off.”

But like much of America, he didn’t return to his couch on Sunday nights to witness as the pressure surrounding Walter White ratcheted up week by week. As the show struggled, he was busy making a living as a working comedian.

Little did he know, just a few seasons later, he would become a crucial part of that show just as it crept out of the underground and took its cultural grip on the American consciousness, resulting in one of the biggest TV dramas in history.

To many, Lavell Crawford is Huell, the sizable muscle behind Breaking Bad’s Saul Goodman. To others, he’s the runner up from Season 5 of Last Comic Standing. But above all else, he’s an entertainer with 25 years of comedy under his belt.

I spoke with Crawford last week by phone, while he was in Santa Fe, New Mexico, filming a new Adam Sandler movie called Ridiculous Six.

Truthfully, he seemed a bit absent as we started the interview—barely interested in talking at all, let alone being funny. I’ve heard this isn’t rare with comedians, who make an on-stage living drawing laughter out of audiences. The idea that they should have to extend that performance into every nook and cranny of their life is unreasonable. We don’t ask that of musicians and actors or accountants and bellhops, so I suppose we shouldn’t ask it of comedians.

But thoughtful responses are the foundation for any worthwhile article, so I hoped he would loosen up. I made a point to shift out of “interviewer” mode and just ride the flow of the conversation, picking my moments to probe. With quickness, he settled in and began to provide a thoughtful, authentic glimpse into his world. Not only did he have me laughing by the end, but he had himself bellowing as well.

Crawford was 22 when he got into comedy. He was living at his mom’s house in St. Louis at the time.

“My cousin’s boyfriend was a comedian and I had seen him on public access and I thought he was OK,” he said. “There were all kinds of little comedy shows out there and Comedy Central had really gotten started. It was just calling me.”

He knew growing up that he was a clever kid and that he enjoyed the feeling of drawing laughter out of others, but that didn’t crystallize until he got in front of an audience himself for the first time.

“Once I started getting on stage, then I got the bug,” he said. “I became a promoter as well as a comedian, so I started making a living at it.”

After years of that, his career got a kick in the ass when he advanced to the finals of Last Comic Standing. And then came Breaking Bad. Now he finds his IMDb page stacked with movie roles, TV appearances and comedy specials.

In our interview, we talked about his influences, his upcoming show at Cache Creek Casino on March 21, 2015, and the possibility that Huell could return to the small screen on Better Call Saul—the new Breaking Bad spinoff/prequel. 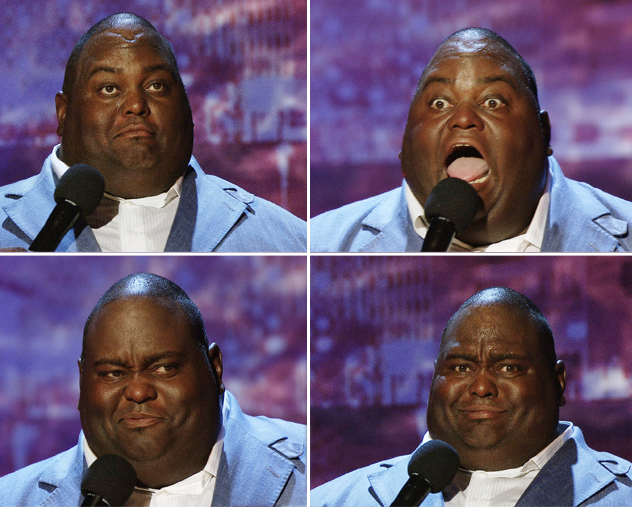 What was your financial situation like when you started?
I was living with my mama and I had a little part-time job, but I was cool. I always thought logically. I wasn’t out there just trying to do comedy and making that my sole means; that would be stupid.

Who were your main influences?
Richard Pryor, Rodney Dangerfield, you know. Lots of good ones who got up there and told stories. George Carlin. They all were inspirations. Anybody who gets on that stage and makes somebody mad has always been impressive to me. It’s almost like a fighter in the fight game. It makes you think, “Man, I wanna fight.”

Have you played Cache Creek before?
Yeah, I played there with the Last Comic Standing tour, but this is the first time I’ll do it individually.

How much does your act change from one night to the next?
I dabble in new stuff, but I have specials out there that people have seen and I’m on YouTube, so they have their favorites. In the people-pleasing business, you can’t please everybody. But I don’t really like sticking to one routine. I’ve been doing this for 25 years, so I’ve got a lot of things I can talk about.

How long do reporters typically wait to ask you about Breaking Bad in interviews?
Well shit, usually the first question is Breaking Bad! The first thing that comes out is, “Sooooooo, Breaking Bad…”

You joined the show in Season 4. Were you watching before you were cast as Huell?
I knew about Breaking Bad because I had watched the pilot, but I was working comedy clubs and doing stand-up, so I didn’t get to watch it for a long time. But then when I got called for an audition, I was like alright.

My audition was at 6 in the evening and I had just gotten off the road. I was exhausted and I had moved my wife and my two step kids to Los Angeles. I really wanted to just go home and sit on the couch and let everything ooze out of my body, but they wanted me to come in. The manager was so hyped.

I read for Luscious the truck driver, and then they asked me to read for this other part. I was like, “OK, I didn’t know I was supposed to read for that part.” But I read for it and they were like, “When could you start?” and then Huell was on there for two seasons.

Had the show become a phenomenon yet?
It was a cult classic, but they weren’t making money. They hung in there, and then in Season 4 it became the monster it became. I think that was because it was on AMC. If it was on HBO, it would have been a monster from the get-go.

Could you tell it was a special show while you were shooting?
Honestly, they don’t really let you in on all of the info. They give you some of the pages from your script, but that’s it. But every episode we were doing was just so powerful. The fourth season was epic and the fifth season just caught on fire. It was another level of “Oh my goodness, what’s gonna happen? Am I gonna get shot today? What’s gonna go down?”

How often do people recognize you from Breaking Bad?
A lot, because I did make a big impact on the show. But I met this one chick on the plane last night coming here to Albuquerque and she was like, “I remember when I had ‘Mike’ from Breaking Bad on my plane. I’m always excited when Breaking Bad characters are on my plane.” [Breaking Bad was filmed in Albuquerque.] She was telling me this, looking me dead in my face. She fucking didn’t even get it that I was on the show. I had to show her ass a picture of me and Saul Goodman and she was like, “Aww shit.” I said, “Well damn, I don’t know if you’ve got selective memory, but did you really watch?”

So you’ve acted, done stand-up, voiced animation. Do you still consider yourself a stand up comedian above all else?
Well, I’m a comedian first, actor second. You don’t have to put a bunch of titles on what you do, shit. Let everybody else do that. That’s just a waste of time.

Did the Breaking Bad role open up a lot of acting opportunities for you?
Oh hell yeah, every step is gonna open doors. Last Comic Standing opened me up to the acting world and put more money in the clubs for me. And then Breaking Bad was like the key to the city, because everybody that was in Hollywood who had a part wanted to meet with me.

I got to do The Crazy Ones and It’s Always Sunny in Philadelphia. I just did a movie with Kristen Stewart and Jesse Eisenberg called American Ultra. Now I’m on set in Santa Fe for a movie with Adam Sandler called Ridiculous Six, so it’s opened up a lot for me.

Not to change the subject, but do cougars’ vaginas bite?
[Laughter] I don’t know!

Context: Nearly all of Crawford’s tweets are short questions or comments like the one I just posed back to him. He follows them up with the word, “Discuss” For example: “Hard-ons and jogging pants. Discuss.”
They’re just random-ass thoughts I have, like, “If you eat Taco Bell, do your farts ring?” “Discuss.”

So that’s your approach to social media? If you have a fleeting thought, you fire it off?
Yeah, I put “discuss” at the end so people know I ain’t trying to be funny. Everybody’s trying to be funny or be a jerk. Thinking they always got to find a way to put somebody down. I just don’t believe in that. I’m 46 years old. I have children. I believe in God; I’m a church person. I just think the whole energy that social media brings is just something you shouldn’t allow inside you, man. It’s horrible. That’s why I say things like, “Women twerking to gospel music, are they Jesus freaks? Discuss.” Ya know, it’s funny, stupid stuff.

Have those ideas ever made it into your act?
Oh yeah, a lot of times I bring them on stage even though they’re stupid to me. And sometimes people really have jumped on it. Like one time I said, “Do squirrels have orgasms, or do they bust nuts?” The people laughed because it’s silly. We’re just having fun.

Have fun with Lavell Crawford at Cache Creek in Brooks, California, on March 21, 2015, at 8 p.m. Tickets range from $35 to $45 and can be purchased through Cachecreek.com.