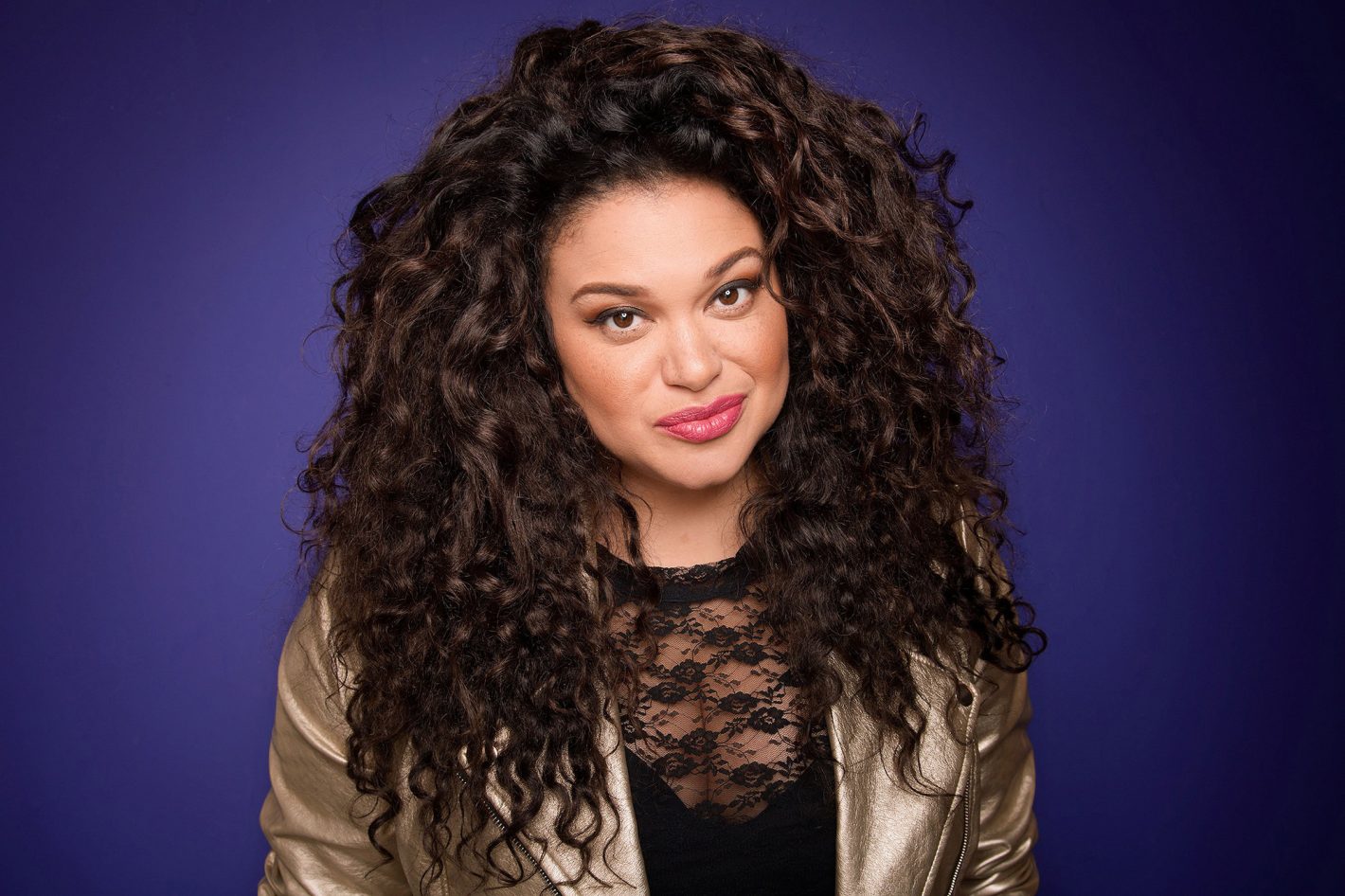 In the last few years, Michelle Buteau has been riding high in her career. You may have recently seen her as Veronica in the Netflix romantic comedy Always Be My Maybe. She was the scene-stealing pregnant best friend who offered the main characters support through their love-crossed idiocracies. She also co-hosts the podcast Adulting for WNYC Studios (New York City’s NPR affiliate), where she and stand-up comedian Jordan Carlos ask guests to help them answer important questions like, “Sock, sock, shoe, shoe OR sock, shoe, sock, shoe?” and, “When does a Venmo request become petty?”

Buteau has actually been in the entertainment game for a little less than 20 years, with a long résumé that includes (but is not limited to) comedian, actress, writer, new mom to twins and podcast host. She’s not slowing down anytime soon, either. She has a few surprises with Netflix planned, as well as a leading role in the upcoming remake of The First Wives Club, which will become one of the flagship shows for the new streaming service BET+.

Her persona can be most accurately described by her own words—“I’m not loud, you’re just boring.” Her blunt, sharp comedic interpretations of life are a welcome addition to whichever medium she is working in. I had the chance to interview Buteau about her upcoming shows in Sacramento and her plans for our coffee shops, Keanu Reeves and how she finally got to film a sex scene. Buteau will be bringing her one-woman show to Punch Line in Sacramento in September. 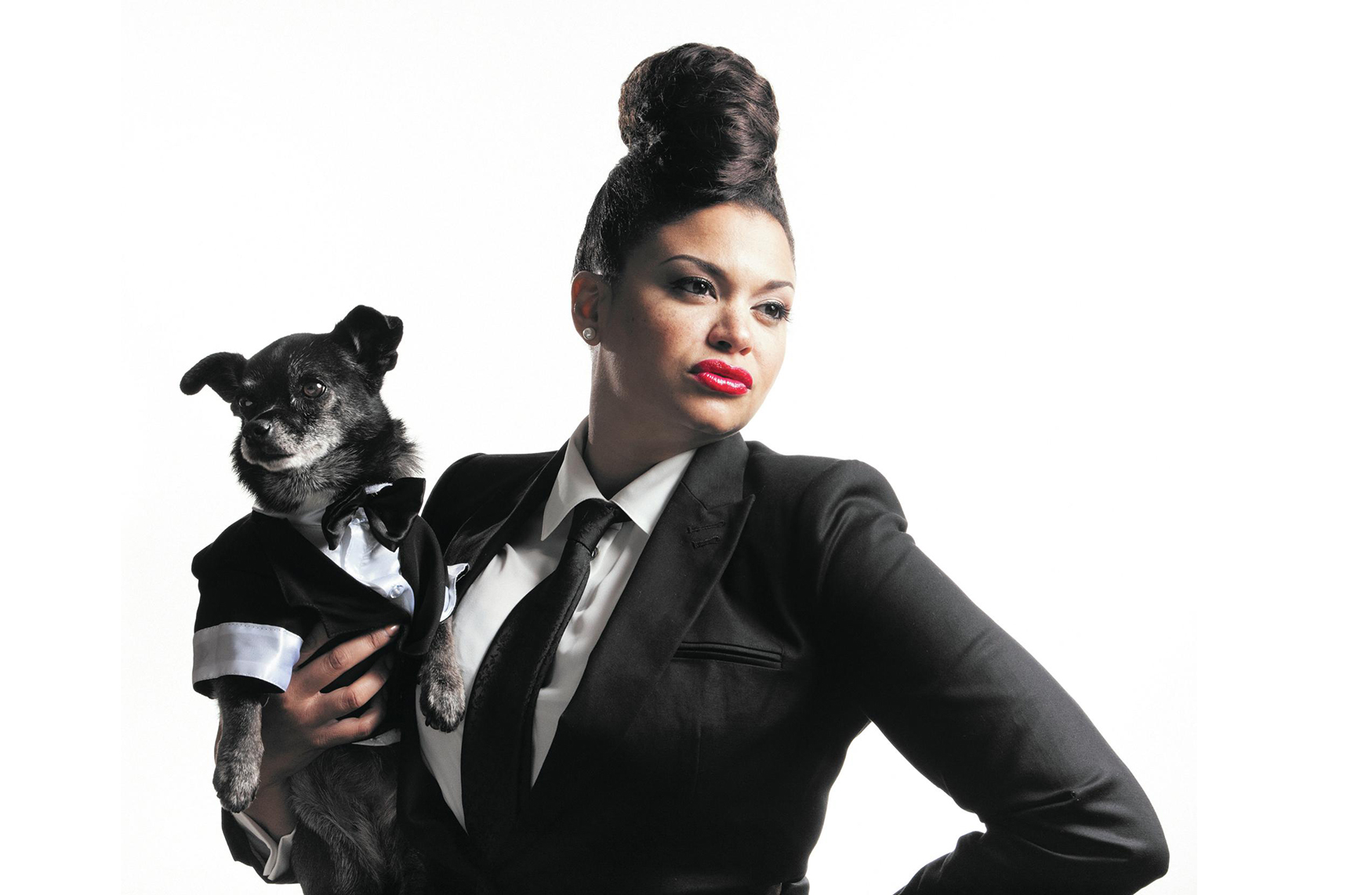 You’ve been busy! You’ve been in movies, shows, podcasts, doing stand-up …
Girl! I just took a hard nap on the subway and just happened to wake up at my stop, which was pretty cool. Times have been busy!

You ready for your upcoming shows in Sacramento?
Yes! I’m currently writing a lot so I’m going to take advantage of the time away from my twins and just write. If I can find a cute coffee shop with a clean toilet, that would be my jam.

A good coffee shop with a clean toilet? That’s rare.
I know! Especially if it’s good coffee … Those poor toilets.

Our coffee scene is pretty tops, so you’ll be good!
Thanks for letting a bitch know! I can’t wait.

You’ve actually been in the comedy scene for quite some time. You started just days after 9/11 while working as a news editor?
I didn’t even think of myself as a comedian back then. It was just something I wanted to try because my co-workers and my friends kept telling me I should. When 9/11 happened, my news director told the staff, “You guys can stay at your own risk or leave at your own will, up to you.” I decided to stay and help edit. She was also offering us therapy but I was like, “No, I think I’ll try this stand-up thing.” In hindsight, I should’ve took her up on the therapy because now I am in therapy and that shit is expensive as hell.

I had kind of flirted with the idea of doing comedy but wasn’t sure. Doing stand-up on Sept. 14, 2001 was a relief for me, but also a relief for other people who just wanted to go out and truly not even look at a TV or talk about what had happened. People in New York were collectively looking for ways to lean on each other. It was pretty insane. People had family and friends and friends of friends who were involved. It was so fucked up. I was just talking to my friend Aisling Bea today who has a show on Hulu called This Way Up, and it’s about a girl trying to recover from a breakdown and it’s much like how doing comedy after 9/11 felt. I think comedians definitely use comedy as a tool to process and recover from really sad, messed up stuff.

What were your jokes like?
They were totally Fisher Price, My First Stand-Up-type things. For women, it’s always very self-deprecating so I remember I had a joke about being big-boned. I remember saying “blow job” on stage and feeling free. I had a joke about my ex-boyfriend that I still think is great. It was “Lines at Disney World remind me of my ex-boyfriend … three hours of waiting for a two-minute ride.” That still stands!

How has it been getting so many roles lately?
It feels like the time is now! It feels amazing. I feel like these streaming networks are getting hip to the fact that we don’t all have to be a slim girl with blonde hair and blue eyes or whatever. There’s more than one look, and people who are consuming this content also look like us. So shout out to Lizzo … keep clapping your ass for everybody. Your assclapping is truly opening up doors, girl.

How was it working on Always Be My Maybe?
It was so fun! I was actually looking through my photos before I fell asleep on the subway, trying to post a WCW picture of me, Ali Wong and director Nahnatchka Khan because they are such amazing, warm, talented boss-ass bitches and I am seriously missing them. I just want to make another movie with them because they are amazing.

So what was up with Keanu on set?
I met him at the premiere but not on set. He put his hand out to me and I was like “Nah, I do big titty bear hugs” and he was kind of like, “Oh! OK!” and then I went for it.

You’re starring in a re-make of The First Wives Club alongside Jill Scott?
It’s gonna be so dope! It’s coming out on BET+. Jill is so damn funny and talented. She’s walking magic. She’s also so supportive and always smells so good! She would come over to me and put her hand on my shoulder and say, “You got it baby,” and I would freak out.

What’s your character like?
My character is Bree Washington. She is married to her college sweetheart, they have a couple of kids and they kind of lost their way. He ends up cheating on her, and they are trying to figure themselves out. She’s an overwhelmed mom of two and I get it! She sort of has a sexual awakening, which was super fun to play. I got to do a sex scene with a hot bartender.

Have you ever done a sex scene before?
No, bitch! I’ve always been the friend you tell the sex about in the coffee shop the next day!

You have a podcast called Adulting. What’s one way a woman can “adult?”
Definitely stop saying “I’m sorry.” We have nothing to be sorry about. That’s just fucking insane.

See Michelle Buteau live at Punch Line in Sacramento (2100 Arden Way) when she performs four shows in two nights from Sept. 20–21, 2019. For a full rundown of showtimes and ticket prices, go to Punchlinesac.com.