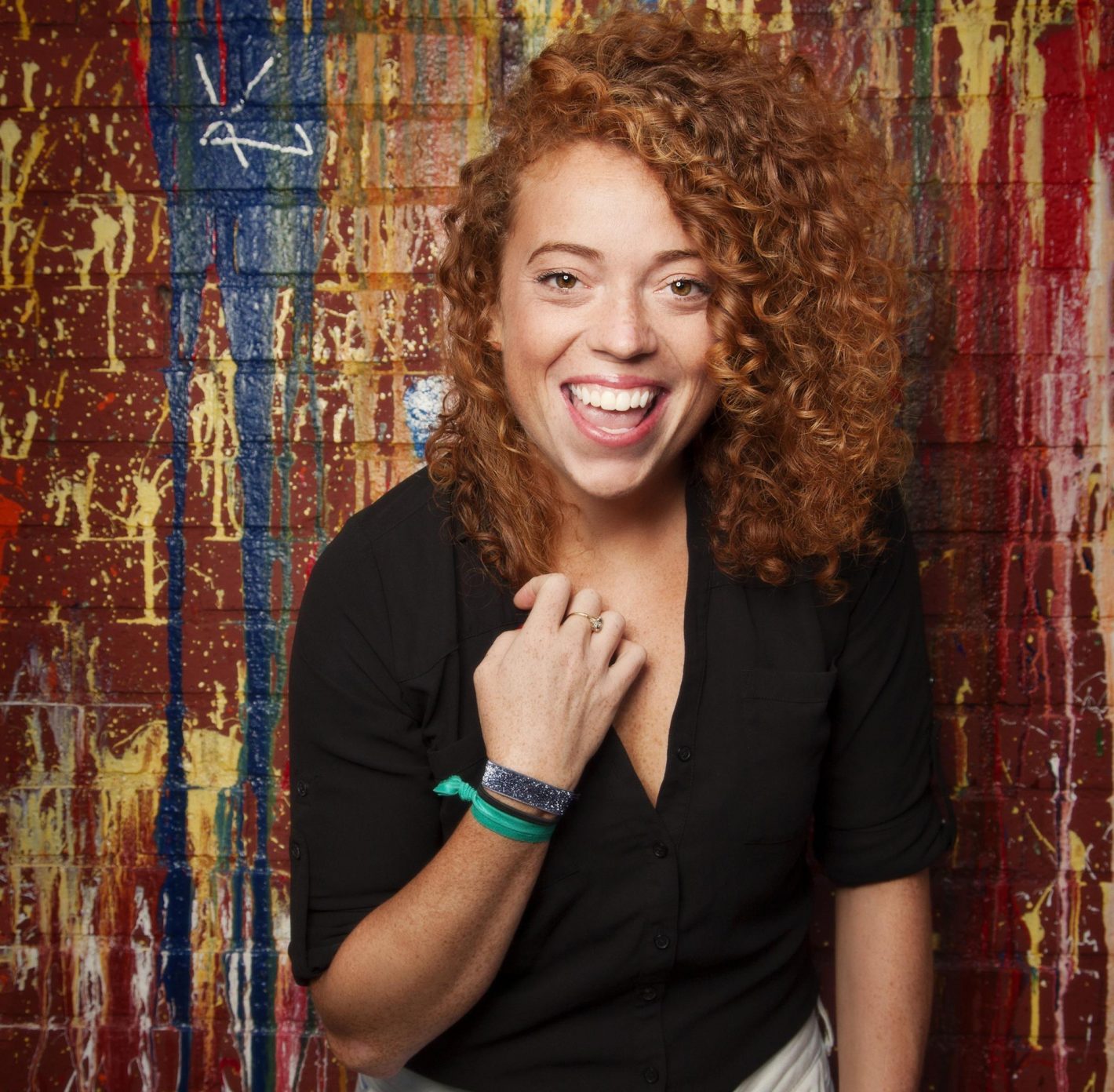 Any comedian worth their salt is going to have someone complain about one of their performances, but it’s a select few who have been criticized by the President of The United States. Not surprisingly, it’s happened almost exclusively under the watch of comedy fan Donald Trump. After hosting the White House Correspondents’ Dinner in 2018 next to the death glare of White House Press Secretary Sarah Sanders, Michelle Wolf drew the ire of Trump and conservative pundits immediately. Her comments about Sanders, “She’s very resourceful. She burns fact and then uses the ashes to create a perfect smoky eye,” were blasted as an attack on her physical appearance. Of course, this would offend a president who has shown nothing but the deepest respect for the appearance of women throughout his career.

Last November, President Trump wrote, “So-called comedian Michelle Wolf bombed so badly last year at the White House Correspondents’ Dinner that this year, for the first time in decades, they will have an author instead of a comedian. Good first step in comeback of a dying evening and tradition! Maybe I will go?”

Not one to wilt under pressure, Wolf replied via Twitter, “I bet you’d be on my side if I had killed a journalist. #BeBest.”

Fellow comedian Rob Delaney was so in awe that he tweeted, “Straight up no way to recover from this. Wolf will now loom larger in Trump’s rat-infested warehouse of a psyche than his own father. The tweet itself is a double-tap to the chest & the use of his *wife’s* rotten hashtag is the headshot. Michelle Wolf is my boss & I respect her.”

Wolf’s performance was so savage that the WHCD didn’t even invite a comedian to appear at the event the following year, choosing to feature historian Ron Chernow instead.

After a short career on Wall Street, Michelle Wolf toyed with improv before giving stand-up comedy a try. In 2014 she made regular appearances on Late Night with Seth Meyers and not long after became a regular correspondent on The Daily Show with Trevor Noah. Her HBO special Michelle Wolf: Nice Lady debuted soon after, while a new one is set to air at the end of this year.

She returns to the newly remodeled Sacramento Punch Line Nov. 7–9, a year after a series of sold-out shows at the same venue. I had a nice phone conversation with her as she was waiting to catch a train. 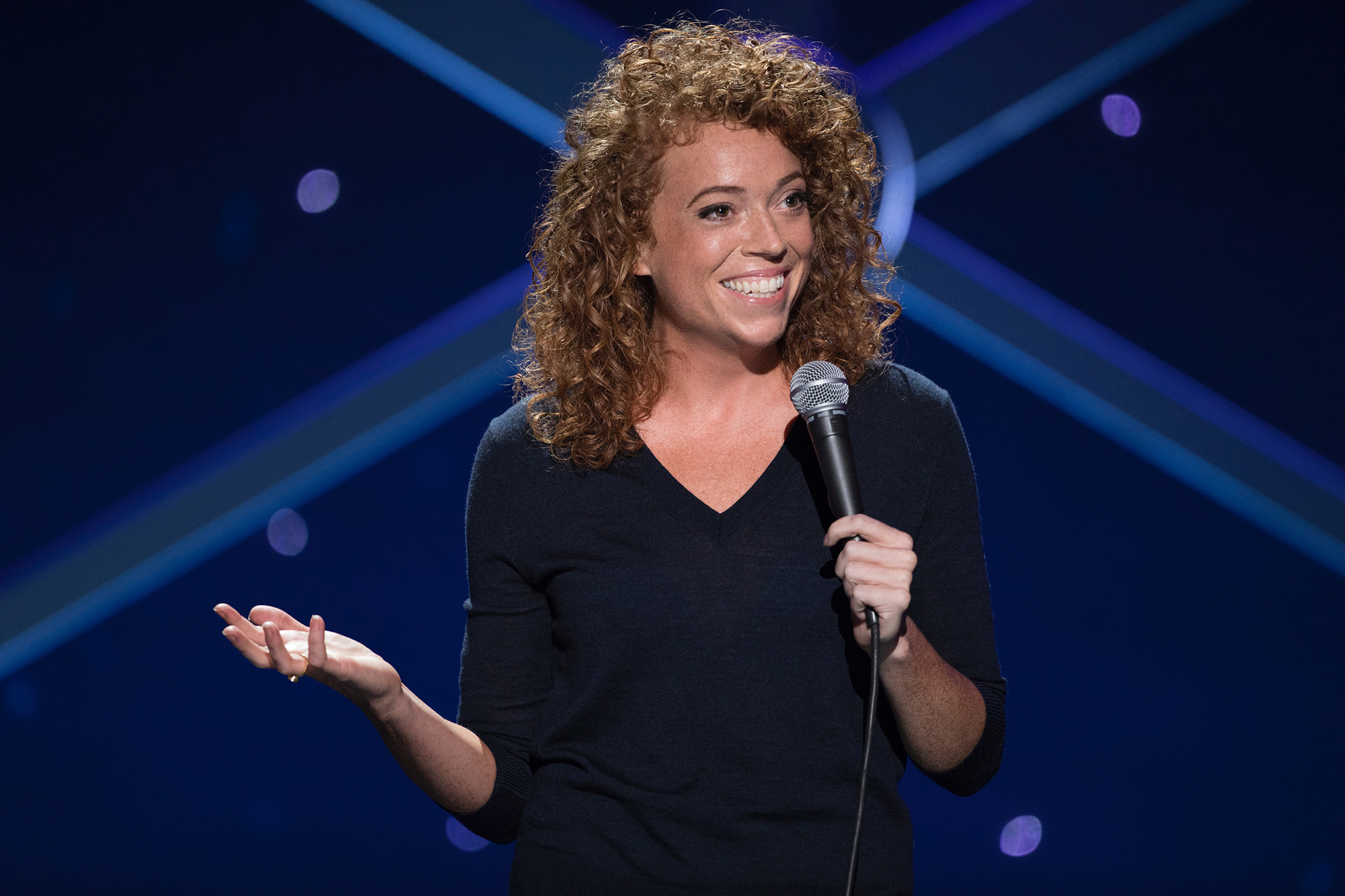 You’ve been on the road since January … Has this been your busiest year for stand-up comedy?
I think so. I was on the road for eight months, then I taped a special. I took a couple of weeks off and went right back out because I’m trying to work on a new hour before the special comes out. It’s exciting for me because Sacramento is going to be all-new material. I don’t think they’ll see a single joke that they saw last time.

Do you think your discipline as a writer for television, with all of the new content you need to create, has helped you create stand-up material more quickly?
I think that definitely helps. When you’re writing for shows, you have to learn to produce even when you don’t feel like it. Also, this is just the way I’ve always been. In school, I over-studied and was just your standard nerdy insufferable over-achiever. [Laughs] So I kind of brought that work ethic here.

Well, how do you create when you’re not in the mood to create?
You kind of just put your head down and figure it out. It’s gotten to a point now where if I sit down and write jokes, even if I don’t want to do it. It puts me in a better mood. Even if I’m in a funk, it helps get me out of a funk. Also, I have zero pressure on myself if what I write, even if it’s terrible, at least I got something down. I guarantee the terrible thing will make even me laugh.

Those jokes that you love that nobody else seems to are always the fun ones.
Yeah, 100 percent of the jokes that I love and no one else likes.

When did you start performing stand-up? I read that you had done some improv work before, but when did you start hitting clubs and open mics?
I went to my first open mic in 2011. I hit it really hard and have had a fairly lucky and steady climb since then.

It’s interesting how The Daily Show has produced some of the greatest stand-up comedians that are working today. You used to see that more on other late-night shows. It’s really the sit-down talking-head type shows that are championing comedy and satire a lot more.
I feel like what Jon [Stewart] did and what Trevor [Noah] did for me is that they really let you develop your own point of view. That’s really the key to good stand-up is having a strong point of view. Singular. That’s kind of what that show helps you do. Even if it’s a crazy character that you wouldn’t do in stand-up, it’s helpful. And I know from my professional experience that Trevor was very generous in terms of making sure I got to go on the road to work and kept working on stand-up to pursue all of the opportunities I wanted to do while I was there.

I don’t want to talk too much about the White House Correspondents’ Dinner since you’ve been asked about that in every interview you have.
Pretty much [laughs]!

Well, at least you’ve opened the door for historians to get a shot hosting that now.
I’m glad to give book nerds a chance to get speaking engagements. The historians do great work and I don’t think they get their due. Now they have a nice little spotlight. Hopefully, they’ll be kind when they write about me.

Comedians have always pushed the envelope in that gig. I actually didn’t think you even went as hard as some comics in the past have. Was it surreal to see the leader of the country you live in calling you out on Twitter after that happened? Can you even prepare your mind to deal with something like that?
I mean, at this point, nothing really surprises me with him. I think we’ve all been desensitized. He had done that previously. He had called Seth [Meyers] out, and I saw Seth deal with that. He had called Jon Stewart out for another thing. So I knew some other people that it had happened to. I was in good company, at least. All of this is a nice distraction for him, from what’s actually going on.

Have you failed terribly before?
I think every comic has. There’s always jokes where you’re, “Oh this is going to be great!” and it dies so hard you can just feel the life suck out of the room. But we’ve all been there and sometimes those turn out to be the best jokes. Sometimes they go in the garbage.

Do you still get nervous when they announce your name before you come out on stage?
It depends on the type of show I’m doing. If it’s a big thing or a venue I’ve never played in before. Mostly I get nervous when there’s other comedians I respect that are in the audience.

What comedians do you respect the most right now?
My favorites are probably Chappelle, Rock and Burr. And I love Attell.

You wrote for the Oscars that Chris Rock hosted. How much writing time does working for something like that involve?
It would have involved a lot less if they had nominated some black people for Oscars. We had a whole monologue written, and then they didn’t nominate any black people, so we had to write a whole new monologue. So it took about twice as long as it should have. Chris is a real workhorse. He works the whole time. It’s something I love to see, because he’s been doing it for so long. He still puts in an enormous amount of effort.

What do you love most about performing stand-up?
I like figuring out the jokes. Finding out how to make people laugh and subverting their expectations.

At what point did you decide that comedy was for you?
Very early on in my time in New York, I was working on Wall Street, I went to a taping of SNL. I had always been such a big fan. After that, I looked up how they got started, and they all started in improv. So I took an improv class. Improv eventually turned into stand-up and here we are!

Michelle Wolf will be at the newly renovated Punch Line (2100 Arden Way, Sacramento) Nov 7–9, 2019. Tickets can be purchased at Punchlinesac.com.