Most Likely to Make You Laugh 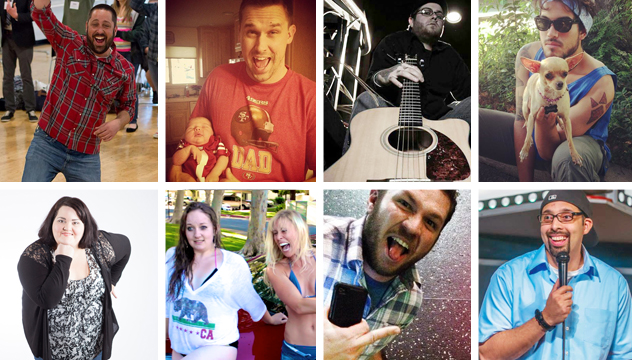 The stand-up comics are practicing timed jokes, the improvisers are stretching their minds and the sketch writers are carb-loading (with beer)… Sacramento’s comedy athletes are training for the one of the biggest comedy marathons of the year. The second annual 48 Hour Comedy Marathon will be taking on the challenge to make Sacramento laugh for two days straight at the Comedy Spot.

Comedy Spot owner and comedian, Brian Crall, will make comedy seem more like an endurance sport from March 21 to 23, 2014. More than 100 local comedians will perform stand up, improv, podcasts and sketch comedy. Throughout the day, you can expect the Comedy Spot classic shows such as High Improv, Anti-Cooperation League and The Fresh Five. But as the sun sets, you can expect things to get awkwardly funny with shows like Strip-prov, Comedic Chairs, BroTube, Of Wolves and Lazers and Totally Awesome Radical Morning Aerobics. Prices range from donations to $12, or $30 for a weekend pass.

“We are going to see some very good quality comedy,” said Brian Crall, while petting his scruffy dog, Coach, in his lap. “Not that the other stuff is going to be quality, it’s going to be weirder…. It is just a bunch of comedians that are very funny doing a lot of weird shit over a 48 hour time period.”

To truly express the weirdness of the 48 Hour Comedy Marathoners and with a little bit of inspiration from The Tonight Show with Jimmy Fallon, Submerge Magazine brings you: The Comedy Spot’s 2014 Yearbook Superlatives. 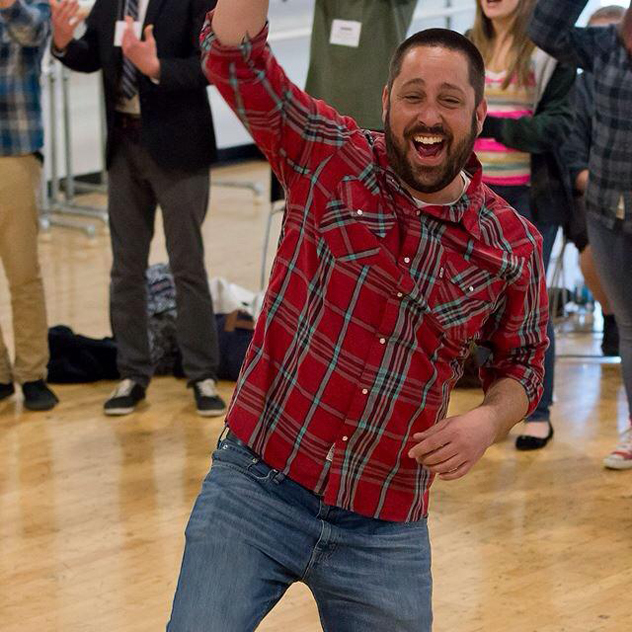 Most Likely to Have a Heart Attack as a Venue Owner:
Brian Crall

Originally inspired by The Upright Citizen’s Brigade’s comedy marathon, Crall decided to make a solely Sacramento based comedy marathon at The Comedy Spot. And even though Brian didn’t think that the 2013 comedy marathon would actually work, it turned out better than expected. Surprisingly, last year 60 audience members showed up to watch Strip-prov at 2 a.m. “Last year we did a really good job of coming up with shows but this year we went to Sacramento comedians to pitch a show,” Crall explained. And no matter what time slot you choose to sit back in the Comedy Spot you will not be disappointed. “You are spending a dollar to maybe watch a train wreck at 4 o’clock in the morning, so it will be a lot of fun.” 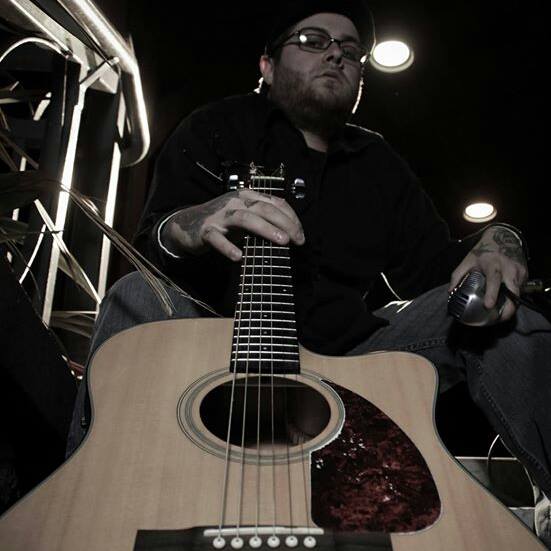 Most Likely to Agree to a Last Minute Show with No Preparation and Knock it Out of the Park:
Sam Bruno

Even though Sam Bruno agrees to last minute shows, it doesn’t mean he doesn’t like to plan ahead and save time. He has been performing music for the past 20 years and comedy for the past five, so he decided why not save time and combine the two? For the past year, instead of running between two different gigs in one weekend, he has combined them together to create a musical comedy show. He will be bringing his musically talented funny friends to star in Acoustic Comedy, a show that will feature all musical comedians making you laugh with their lyrics and notes. “I think it’s a show that everyone should try and go see, even if they aren’t a fan of musical comedy,” said Bruno. “This would be the first time we ever done a group of comedians like this in Sacramento.” 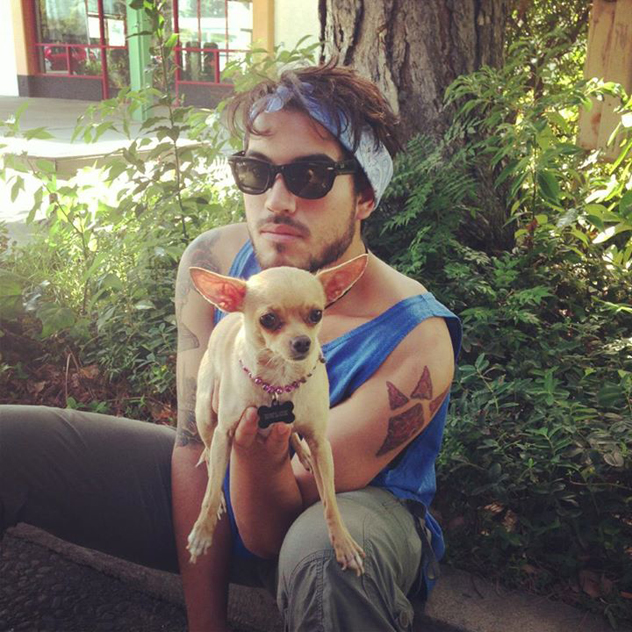 Most Likely to Get Drunk Before the Show:
Edgar Granados

After spending a summer of drinking boxed wine, Edgar Granados and his comedy partner Bill Wallis became inspired. “It was this really cool time of creativity where we were just coming up with jokes,” explained Granados. What started off as an idea for a local public access TV show has turned into the “brain child” of Wallis and Granados called The Calm Eddy Show. But since airing on Public Access Sacramento didn’t work out, the 21-year-old Granados is ready to unveil his show during the 48 Hour Comedy Marathon. The Calm Eddy Show will be an interview-style talk show featuring comics and improvisers in different characters. “Most of it is going to be improvised, banter between Bill and I,” said Granados. “I don’t know… We are going to be really drunk.”

Catch The Calm Eddy Show on March 23 at 2 a.m., and donations will be accepted as your entrance fee.

Most Likely to Sync Their Periods:
Heather Damon, Teresa Schumacher and Molly Doan

Living in the male-dominated world of comedy can be tough, but these three women seem to have it figured out. Bringing a combination of live performances and video sketches with an incorporation of music, character comedy and psychical humor, they are ready to bring you The Ritz and Triscuit Show.

“We really want to get our message out there. We have a social message while making you laugh,” explained Damon.

Roommates and grad students, Schumacher (Ritz) and Damon (Triscuit) are ready to bring their sketch comedy shows from YouTube to the front stage at the Comedy Spot with their most recent member Doan (Cheese Nips).

“I think the audience should be nervous because we are going to knock them all dead,” said Damon.

The Ritz and Triscuit Show happens on March 22 at 3 p.m., also for a donation. 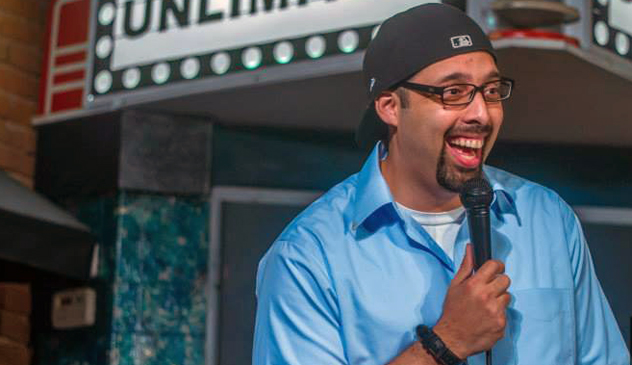 “…Because I live it to the last dollar.” But don’t call Rodriguez penniless just yet. In 2013 he was named Best Comedian in Sacramento by News and Review and has more than 15 years of comedy under his belt. And this year he will be testing his very own show idea at the Comedy Spot called What’s Going On Here? It will be an unscripted show featuring comics making fun of and analyzing commercials, web videos, and numerous pop culture clips.

“Commercials that I want to get into are just ridiculous,” Rodriguez said. “People really sit down in conference and meeting rooms and think these are really good ideas.”

Poking fun and talking about commercials is something that Carlos and his younger brother have always done at home but now he is ready to entertain you in the wee hours of the morning.

Experience What’s Going On Here? March 23 at 3 a.m. for a donation. 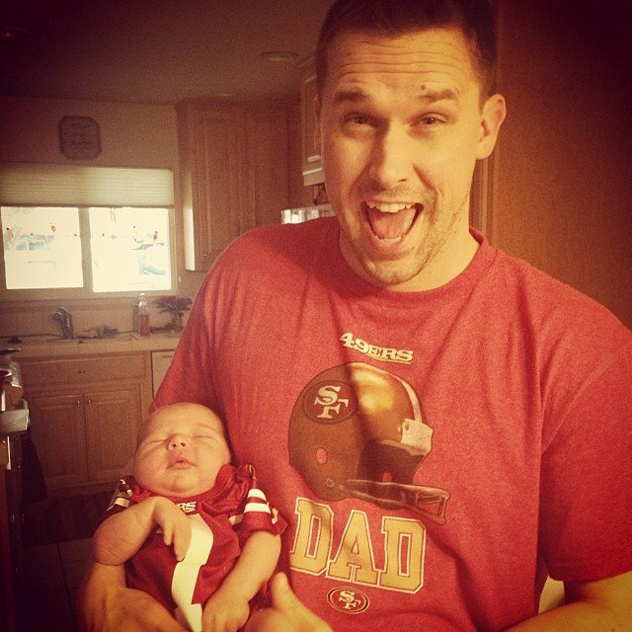 Most Likely to Deliver a Baby on Stage:
Charlie Lemcke

Within the past year Charlie Lemcke has been thinking a lot about babes. Not the miniskirt-wearing babes but the dirty diaper-wearing babes. Balancing the life of being a full-time dad of a 2-month-old baby and being a comedian is not an easy task…or is it? Lemcke has found a way to put his two passions together live with his show, Kangaroo Pack Improv. While most comedians would leave their newborn babies at home, this improv team will perform comedy with their babies strapped to them in front-strap baby carriers. “You kind of pretend that they are not there, but if they start talking or crying or anything they could maybe change the mood of the improviser,” Lemcke said. “They could be like the voice that the improviser hears. It will be interesting.”

Lemcke wants to bring back the Zach Galifianakis baby look (from The Hangover) and dress it up with some improv comedy. But no matter how this comedy show will turn out it will definitely be a story for the grandkids. 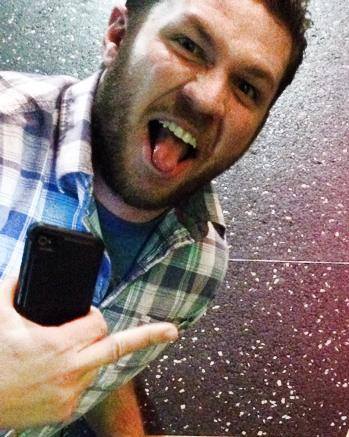 Most likely to Piss Off People:
Nick Coleman

It’s hard to make friends after a comedy show, especially if your set didn’t sit well with people in the audience, but Nick Coleman is trying to look past that. After getting the green light for three months in a row during Test Kitchen, an idea showcase for a regular slot at the Comedy Spot, Coleman finally got his show, Let’s Get Weird, on the schedule. It will showcase video sketches in-between live comedy sketches but with the attempt to try and make it as weird as possible. But as weird as things might get, Coleman treats the Comedy Spot like his second home.

“The comedy spot performers are pretty much like my second family and I spend most of my time with them,” he said. “We have almost a whole weekend to support each other’s ideas and see a bunch of different shows.” 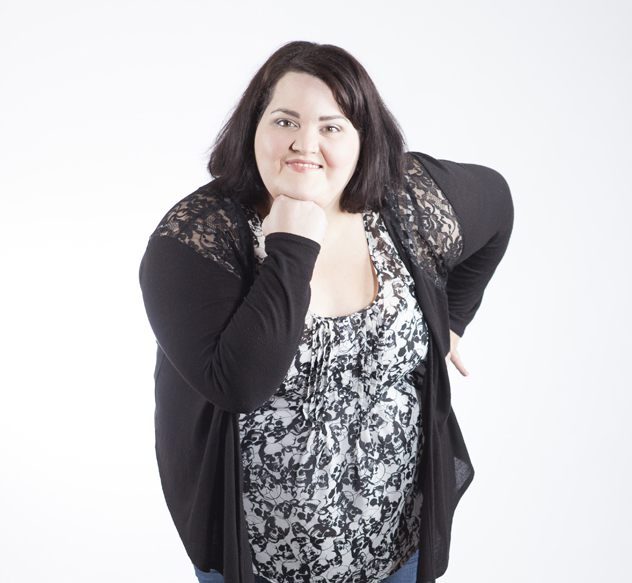 Most Likely to Give a Good Face:
Micaela Pettigrew

Southern, ditzy, quirky and stalkers are a few of the characters that Micaela Pettigrew likes to fall back on during an improv show. She likes to think of characters on the spot that are fun and a “heightened version of herself.” So it is no surprise that after a show she will get numerous comments from audience members that they enjoyed her silly faces. Smith has been making silly faces on stage for three years now as a member of the longest running improv troupe at the Comedy spot, The Anti-Cooperation League. The league bases all of their improv ideas from an interview with a special guest for each night.

“From their answers, anything interesting that comes up or even a weird reaction from the audience can inspire a great scene,” Pettigrew explained.

Want a full rundown of the 48 Hour Comedy Marathon? OF COURSE YOU DO. Go to Saccomedyspot.com for all the details!