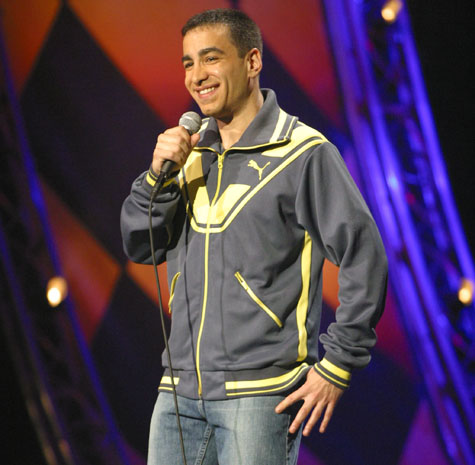 Why are you Magical?

Comedian Mitch Fatel is adorably awkward and relishes in making people laugh by sharing his degenerate thoughts on dating. Pervy perceptions of female undergarments and anatomy have been comically conveyed through this stand-up dude on Comedy Central specials and made available on his CDs Super Retardo and Miniskirts and Muffins.

Mr. Mitch chatted with Submerge about the origin of his authentic comedic character, the performer’s drug, signing vaginas and visiting Sacramento’s The Punch Line Feb. 25-28, 2010.

You so perfectly ponder the common queries of young people. Is Mitch Fatel making a killing from carefully orchestrated character development? Or, is this just who you are and it just works out as a happy accident that you have an inclination toward such carnal comedy?
I never sat back and wrote a character. It’s not as crafted. How do I explain who I am on stage? If you look at comedy or performing as a drug, I think that who you are on stage is the purest form of who you are in the world, boiled down to its most pristine state. I believe that that is who you are, so when people say, “Is that a character on stage?” I actually say the character is more who I am off stage. The person that I am on stage is the purest form of me. But nobody can be who they are on stage all of the time. When I went on stage, “he” was there and I just let him come out.

You feel most comfortable when you’re on stage?
I actually don’t feel comfortable at all in my life, unless I’m on stage. I’m usually very uncomfortable”¦ I love being up there and it’s my alternate home and the home that I choose to feel safest in. Which is much like a Twilight Zone episode. I really always do wonder who I’d be without the stage. I don’t know who I would be. It’s weird.

You compared the stage to a drug. Your jokes seem largely compared to ones that would be shared in a drinking situation. Are these experiences that you joke about real personal experiences?
Everything in my act is based on something that happened. That’s not to say that it’s exactly true to form. But they’re things that I’ve seen. Everything in my act has someone, had something that led me to thinking that.

When you want to ‘talk like a drug,’ I feel like whenever I’m in a relationship for an extended period of time, I start having less experiences to talk about and ultimately when I’m lonely and miserable and not in a relationship, that’s when I write the best stuff, because then I’m definitely having more experiences on the road, I’m definitely meeting more girls. Relationships tend to put you in a happy place that I don’t think performers usually belong. Happiness in some instances—ironically—is a killer.

Strange how that works—you have to suffer through your art.
It’s worth it. At least, I don’t mind doing it. I mean, it makes me so happy. I’ve been in relationships and I’ve been happy, but quite honestly I’ve never felt that it was as satisfying as being in this business.

I’m curious about the title of your new DVD and the show that aired on Comedy Central on Sept. 18, 2009 Mitch Fatel is Magical. Mitch, Why are you magical?
It’s based on a joke in my act, a true story about a girl at one of my shows that came up to me and said, “I want you to take my virginity. I’m a virgin.” I was shocked and I said, “Why would you want me to take your virginity? Why me?” she said, “Because I think with you it would be magical.” So later that night I wore a wizard’s cap.

You have a show at the end of this month at The Punch Line. You have new material that you’re working with this year?
I have 35 minutes of new material now.

What’s going to be different about this year’s Sacramento show besides the new material? Will you be signing boobies and kissing babies this year?
I will always sign boobies and butts. And actually I signed my first vagina in Ontario, Calif. So, if anyone in Sacramento wants to beat that, they’re more than welcome to.

My act has become really, really pleasant, and I’m so happy with it. Mix of probably about 25 to 30 minutes of classic material and 30 to 35 minutes of new material mixed in”¦ It’s very pleasurable to watch fans come up, and be like, “Oh my God, we thought we knew that joke and you’ve got that new tag there.” It’s one of the beauties of comedy. An old joke will come out and fit itself into a new joke, and I’ll put it in there and it’s a little shout out to the old fans that know it and the new fans who have no idea what they’re getting. I always like to mix and match.

Is there anything you remember about your performance here in Sacramento at The Punch Line last year?
[Laughs] Yeah! I remember that there was a crazy girl. A crazy girl that came back to the hotel room and kept trying to knock on the door to get in.

Is there anything you’re looking forward to in your Sacramento stop this year?
That girl not knocking on my door.

I’ve got to be honest, and I don’t want to bullshit anybody and say that I like one market more than the other. I will say that the West Coast, San Francisco, Sacramento, Los Angeles areas, are my towns. I have a lot more fun in one of those towns than one where I don’t feel a connection to the people.

What is the question that you hate being asked?
Let me think which one I hear a lot by interviewers”¦ “Are we gonna see you in a TV show?” Because in my mind I’m like, “Well, yeah! If I get a TV show.” My stock line, which is true, is: If it comes, it comes. If not, I’m happy. I love it, telling jokes for a living. TV would be secondary. I never got into this to be a TV star. I got into this to be a comedian. It’s what I love doing. I just want to make more and more people laugh.

You’ve released two CDs and a DVD and they’re in digital form on iTunes. You post videos and fan phone calls on your Web site. You’re pretty tech savvy. As far as technology and comedy are concerned, what’s the next step? Is there going to be a Mitch Fatel iPhone app? Fatel Mobile?
That’s funny that you say that because someone did approach me with doing a Mitch Fatel iPhone app. I told them to work on it. So, sure, they’ll work on it.

I’m not as technically savvy as you think. I have a team that takes care a lot of that stuff. I design stuff and come up with ideas to help them with it. But I’ve always believed a comic should do what he does best, which is writing new material, and should have a team around me to put that stuff together. All I have to do is give them content. I put the creativity and the fun into it.

Mitch Fatel is Magical is set to re-premier on Showtime in June, 2010, in its unedited, beep-free entirety. In the meantime, stop by The Punch Line Feb. 25-28 to see the magic in person.