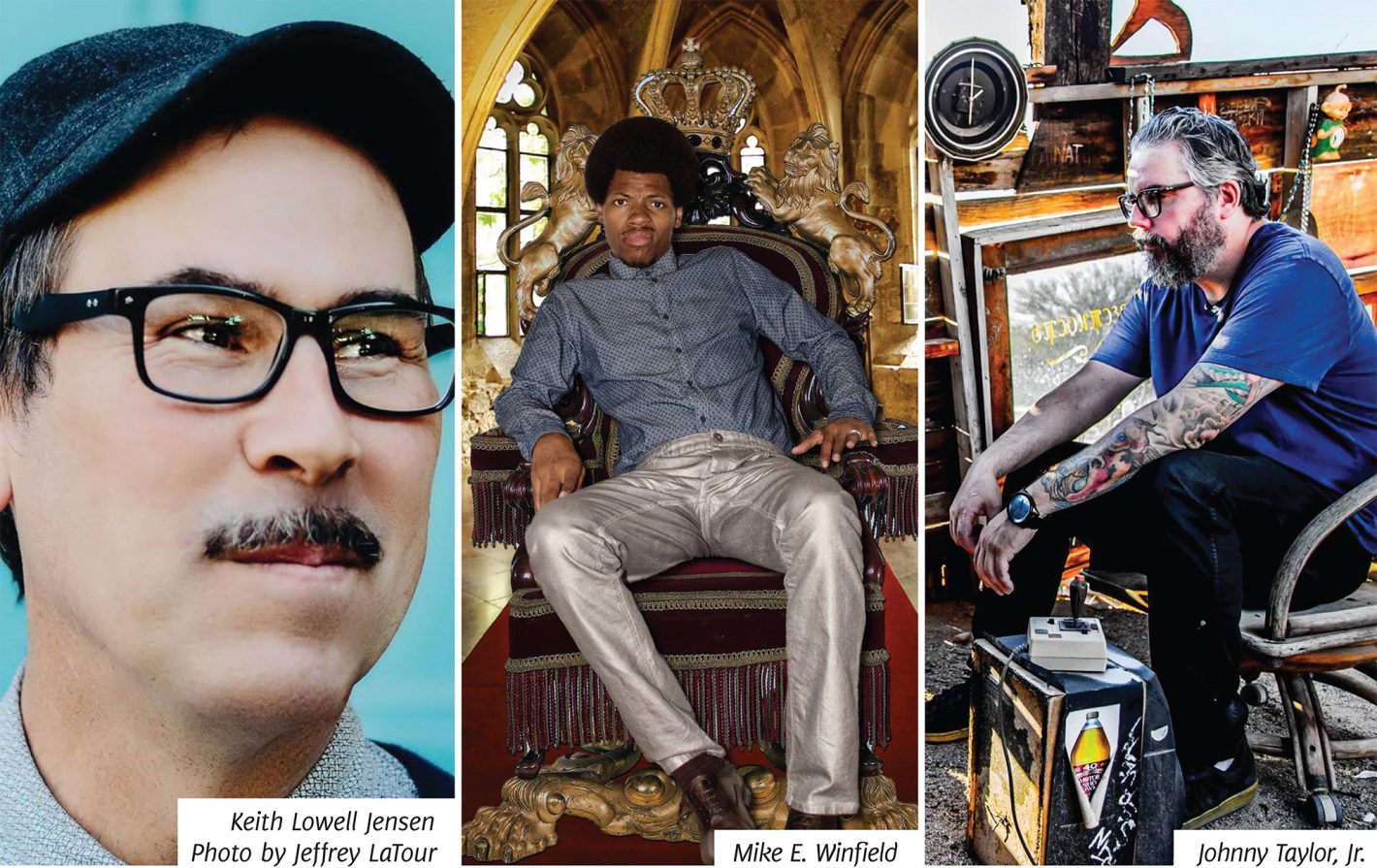 There’s prestige to releasing a comedy album on a major label like Stand Up! Records, but with that can come frustrating delays. Local comics Keith Lowell Jensen, Daniel Humbarger and ex-Sac favorite Johnny Taylor, Jr. all recorded albums for the label in 2016 that have yet to be released as of this writing. Jensen sees light at the end of the tunnel with a scheduled March 30 release of his fifth album, Bad Comedy for Bad People (which is already available for presale on iTunes). We’ll be seeing a lot more of Jensen soon, as 800 Pound Gorilla Records will be releasing KLJ Greatest Bits on May 18, and it’s been a Sirius XM exclusive since February. If that weren’t already overwhelming, Jensen’s book Punching Nazis: And Other Good Ideas will be published in May courtesy of Skyhorse Publishing. In the meantime, you can catch him performing his workplace misadventure-themed stand up show “Not for Rehire” at the new B St. Theatre on March 24. When asked what it’s like to have so much coming out so quickly, Jensen said, “When it rains it pours, which is great during a drought. I feel like the dam has burst after waiting on my label for two years to put out something that I am so proud of and eager to share.”

Mike E. Winfield’s First Comedy Special My Side Of The Story Is Now Available

Sacramento’s favorite comedy son Mike E. Winfield has released a special, taped at the Sacramento Punch Line, which can be purchased for $5 on his website Mikewinfield.com. Winfield, who’s been packing out clubs on a regular basis for years, has a hilarious relationship-themed special that looks and sounds great! Winfield’s special kicks off with how his significant other searches his phone whenever he’s gone and he has to email himself to talk to her and how his phone feels molested when he gets it back! “How did she get your thumbprint?” his phone asks him, exasperated.

In Other Comedy News

Punch Line Sacramento (2100 Arden Way) brings legendary storyteller Tom Rhodes to the stage for five shows between March 15 and 17, followed by the “There Goes the Neighborhood” showcase on March 18, which since Shana Shafer has taken on a booking and production role, has become a near sellout collection of local new and veteran comics.

I had the pleasure of seeing The Book of Mormon at Community Center Theater and if you can manage to find tickets through its run that ends on March 18, it’s worth every penny. The sights, sounds and laughs were amazing throughout.

A Touch Class (4217 Stockton Blvd.) continues to produce one of the most popular weekly comedy shows every Sunday evening. It’s part showcase, part open mic, and has an audience that comes to be entertained, but who won’t tolerate shitty comedy. Comics need to bring their “A-Game” for this long running show, or they’ll be leaving the stage early!

For cheaper laughs, sit on a corner of Midtown on St. Patrick’s Day and watch the parade of amateur drunk douche bros trip over themselves while they make it perfectly clear that we don’t deserve good things in this world anymore.