Shut Up and Listen!

Comedian Robert Berry likes his venues to be loud, weird and sometimes a little awkward.

If you have ever driven down to the corner of Fulton Avenue and Monroe Street in Sacramento, you may have read a huge sign hanging above a dive bar that reads, “The Coldest Beer in Town.” And upon walking into this local joint, On the Y, you will be greeted with a collage of beer posters, cheap drinks and interesting characters shouting over metal music. But when comedian Robert Berry walks in, all he can think of is comedy. Every Thursday night before karaoke, Berry feels comfortable enough to unleash some new jokes in a pretty uncomfortable environment for most comics.

“Sometimes there are three people in there with their backs to you. It’s a very humbling and difficult experience;it’s a really weird show there,” Berry explained while sitting inside of The Mill, a decidedly cozier coffee house on I Street.

“There’s old crusty guys that are 70-plus that are telling old timey one-liners, [and] one guy with a drum doing rim shots after each joke. And you can try out new stuff there because no one is going to know,” he said with a loud laugh. “It’s not going to come back and haunt you, but it’s fun and, you know, I’m just a loud guy.”

So far being loud has paid off. From performing awkward sets at On the Y to recording his debut comedy album, Retrocrush, at Sacramento Comedy Spot, Berry is moving fast in the local comedy scene. His booming personality is what makes his comedy stand out from the rest. His set is loud, in-your-face and full of one-liners, which most likely stems from performing in noisy bars full of drunk patrons with short attention spans.

“[If] you go up in a crowd, and you are staring at your toes and mumbling, the audience is going to be like, ‘Fuck this guy! I’m going to talk to my friend now,’ or, ‘I’m going to look at his girl,’” Berry said. “But if I can get up there and be like, ‘Hey! How the hell are you, everybody!?’ and try to be bigger than life and boisterous, then people start shutting up and looking at you.”

His new album is full of his favorite old pop culture references (such as Star Wars), ruminations on Costco and over-analyzing Christmas songs. He finds a way to recreate his favorite memories or stories and cleverly turn them into jokes. And of course, there are also his signature one-liners.

Half-way through his album, Berry goes through a seven-minute bit, called “Groanerpalooza,” a parade of one-liner jokes shot at the audience back to back.

While ripping through the one-liners and audience groans, Berry’s energy never dies down throughout the album. It’s easy to imagine him on performing on stage with his over-the-top persona.

But speaking with him in person is suddenly a different experience than hearing or seeing him perform comedy. He is almost a completely different person. He is quick-witted, likes to laugh and perform karaoke. But he is also a laid-back, friendly and family-oriented guy with a common day job who just wants to make Sacramento laugh. A lot of his material comes from conversations and experiences he has every day with his family and having a full life in Sacramento with a wife of 22 years, a son and daughter. Berry chooses to remain more local with his comedy instead of seeking gigs out of state.

“I’m 45, roughly starting this a lot later than most do, but I’m happy with where it is now and where it’s going, but I don’t have this endgame,” Berry explained. “This album was a milestone for me that I’m very happy with, and it can live forever in some kind of way, so there’s that.”

The title Retrocrush isn’t just about his first album, it’s a name that has grown with his comedy career for over seven years.

What started as a website, turned podcast, then variety show and now comedy album, Retrocrush represents where Berry has been and where he is going with comedy.

It’s a title that originates from his website, a pop culture-based site full of movie reviews, interviews, old comics, video games, lists such as “30 Coolest Game Show Hosts” or “100 Worst Cover Songs” and anything else Berry can think of to reminisce about.

“People all have a past in something, and if you can hit up a lot of areas and get people nostalgic about things, it’s kind of a fun way to connect,” he said of the site.

It was from this mindset that his podcast was born. During the “heyday” of his podcasting career, from 2005 to 2008, he recorded more than 150 episodes, had upwards of 16,000 subscribers and was noted as one of the top 50 comedy podcasts on iTunes. Starting off in the early days of podcasting, Berry saw Retrocrush grow right before his eyes.

“It would blow my mind that I could mention on a podcast that I was hosting a screening of some movie down at the mall and then actually someone shows up and say, ‘Hey, I really like your podcast and I wanted to come and see this,’” Berry explained. 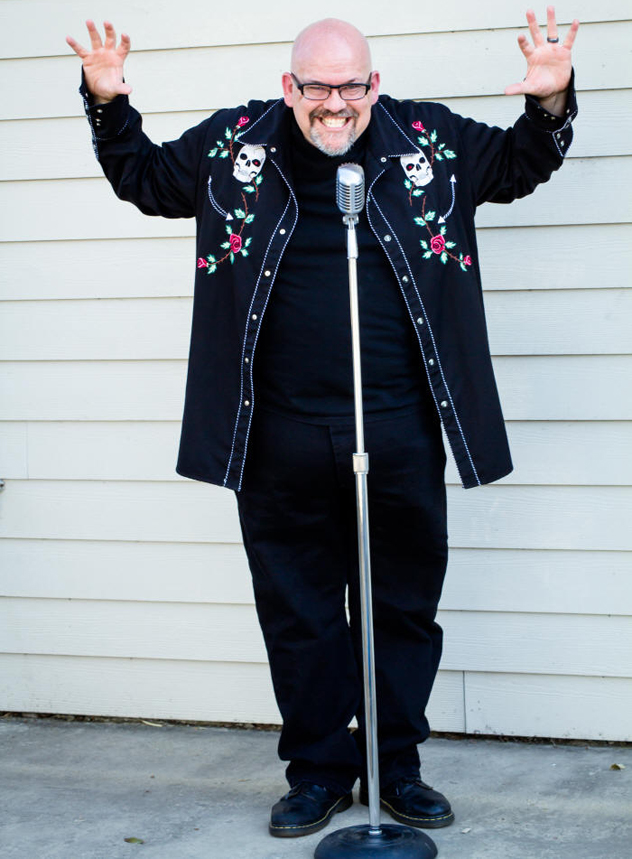 From there Retrocrush still kept growing. He turned it into recurring variety show that was featured at the Comedy Spot for over a year. He would feature local comics, sketches, drag queens and burlesque dancers.

Even one of Berry’s long time friends—and conveniently one of Sacramento’s favorite local stand-up comics—Keith Lowell Jensen, would see him host events and encouraged him to get on stage as a comic. Berry specifically remembers one night hosting a festival at On the Y where he had comedy material for introductions and thought about seriously giving stand-up comedy a shot.

“So I went through a lot of horrible sets and open mics, bombing my ass off. I wrote a lot of jokes on Twitter and I still do. The first comedy set I did I basically read jokes off of my Twitter,” he admitted. “It was a good introduction to bombing, which really helps you grow by messing up, having the whole audience stare at you and not clapping. It’s really scary but it helps you think about why that’s happening and how can I make this better.”

But being used to performing and even hosting at some tough venues, bombing didn’t discourage him for a second. From there he only wanted to get better and started to perform at any open mic he could, including coffee shops. But for Berry’s loud persona, performing in a coffee shop didn’t quite match his high energy compared to his favorite stage, On The Y. He became too loud for a microphone because he didn’t even need one, he explained. But all he needed to do was find the right venue to be himself.

“One time he [Keith Lowell Jensen] saw me at Punch Line for the first time perform with a really big full house crowd. I was very loud and I had people singing along with me and chanting with me and he says, ‘Hey, forget what I said about being loud, that works for you,’” Berry said.

Since then he has been writing and gathering bits and pieces from each open mic night he’s ever had to create a full hour of funny material.

Now he is ready to unleash his full debut comedy album at the Punch Line on June 24, conveniently as a part of his birthday week celebration.

Check out Robert Berry’s Retrocrush album release show at Punch Line Sacramento on June 24, 2015. The show starts at 8 p.m. and tickets are $15 (with a two-drink minimum). You can purchase tickets through Punchlinesac.com.