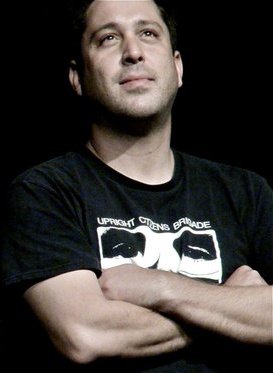 Prepare your cheek muscles because the 2014 Sacramento Comedy Festival is just around the corner, set to take place from Sept. 12–20, 2014, at the Comedy Spot (1050 20th Street, Suite 130), Midtown’s home for all things funny. Started in 2011 by comedian and Comedy Spot owner Brian Crall, Sacramento Comedy Fest hosts improv/sketch comedy groups and dozens of stand-up comedians from far and wide. Just some of this year’s highlights include a performance from the world-famous Cambridge Footlights, a comedy troupe from England with roots all the way back to the 1970s (their show is Sept. 16 at 8 p.m.); a reunion from The Free Hooch Comedy Troupe, a sketch comedy group that performed locally from 2001 to 2005 (their show is Sept. 13 at 9 p.m.); and the main event, a stand-up comedy competition with over $2,000 in cash prizes that features 40 comedians from around the country battling it out through multi-rounds! For a limited time you can snag all-access passes to Sacramento Comedy Festival for just $45, which allows you entry to any of the approximately 30 shows. Or you can always purchase individual tickets to certain shows, too (they range in price from $5 to $12 per show). If nothing else, mark your calendars for the stand-up comp’s final round on Sept. 19 at 9 p.m. That way you get to see the best of the best bring out their A-game material for a shot at the big bucks! Visit Saccomedyfest.com for a full schedule, ticketing info, performer bios and more.