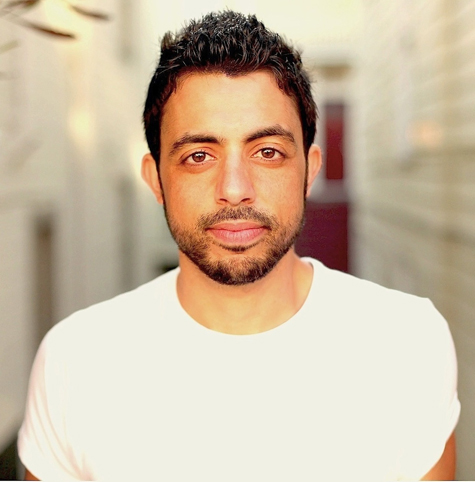 Sammy Obeid is a workaholic of the highest order. While most people strive to have their weekends off after five long days in the office, this comedian plans to work the stage every single night for 1,000 nights in a row. After a few months of working and realizing that he hasn’t had a day off since Christmas 2010, Obeid asked himself, “Why not just keep it going?”

Submerge caught up with Sammy over the phone on day 804 and the 10th anniversary of his first time stepping up on stage as a comic.

Obeid has been working so much in the past two years, he considers his afternoon gigs as a “day off” or as he joked on Facebook a day off is a night performing comedy in pajamas. Recently he has cut down the workday by performing one or two sets instead of three or four in one night.

“I’m on my eighth wind right now or something. There was a point earlier when I was getting really burnt out and I kind of just took it easy, rested and regenerated. The last 100 days or so I’ve been resting and trying to get my health back,” he said. “It’s been one heck of a ride that’s for sure. I’m definitely looking forward to the end, but I feel like I have a wind right now. I’m going strong. And I’m so used to this, it’s becoming normal.”

Obeid has not only broken the previous record of performing stand-up comedy for the most consecutive nights on day 731, but he has plans to take it to the next level of performing.

“I needed to set up the margin so nobody else ever beats it. That and 1,000 is a nice round number,” Obeid explained.

Since the comedy bar is set so high, he knows that his final day is going to be a special one and is hoping to catch more attention to the public. In order to document his crazy comedy life correctly, he matches his everyday show with an everyday blog update on his website, Sammyko.com. You can keep track of what city he will be in and the type of challenges he goes through on a daily basis. Aspiring comedians can find helpful tips from a traveling comic, or people interested in what life would be like for a performing comic can find hilarious tales from his everyday life. You can read how he conquered performing on Monday in San Francisco, dealt with a “horny heckler,” how he got called a “genius” by the legendary Louis C.K., and received a compliment from Howard Stern while performing on America’s Got Talent. 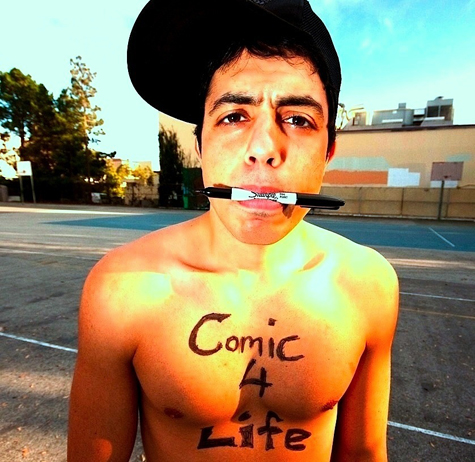 “‘Well Sammy, I think you made the right choice.’ The crowd cheers. ‘I really like what you’re doing, and you know me, I love racial comedy. I think you’ve tapped into really something special there,’” Sammy wrote in his blog after day 441, after receiving honest words from Howard Stern.

On top of keeping up his blog and working a show every night, Sammy is being followed by a cameraman throughout his shows to film the comedy marathon.

“The whole time I thought it would be really cool to get a guy to follow me around, and I wouldn’t have to pay anything because I don’t have any money. It turns out I met a guy who’s been waiting to find the perfect project to put himself into,” he said. “We are going to turn it into a full-on movie, and recently I’ve a lot of good financial success, so I can actually pay him now and we can get better equipment. It’s really coming along.”

Originally from Oakland and a UC Berkeley graduate, Obeid first started comedy after one of his college professors suggested he try it out. After bombing the first time on stage, he became discouraged and decided that maybe comedy wasn’t the right career for him. But a few years later he enrolled in a public speaking class and ended up winning one of the national tournaments. After realizing his speaking skill, he decided to brave the stage once more in San Jose for a comedy competition. Although he didn’t get the winning title, he performed very well on stage getting plenty of laughs.

“I found out what I was good at, which was public speaking, math and making people laugh,” he said. “I left college with knowing that’s what I’m good at, which didn’t tell me at all what I should be doing in life [but] that’s how I ended up becoming a comedian.”

He graduated with a 3.9 GPA double major in Business and Mathematics. But Obeid’s education is used every day on stage to come up with jokes that are creative and smart.

His natural intuition has paid off, on top of attempting to complete the most consecutive nights of comedy, he as appeared on NBC’s America’s Got Talent, the Food Network, and is a current member of the Coexist Comedy Tour and the Axis of Evil New Generation Tour. He also started his own comedy enterprise with a group of friends called KO Comedy, where they promote and perform shows. Throughout his success he has noticed how much stronger and funnier his set has been.

“The comedic growth that I’ve experienced is pretty immense and (this is a double negative) but you can’t not get good from doing comedy every night. It’s inevitable, it will just happen,” he said. “I’m just amazed of how much more power I feel like I have, how much more control I feel I have over a crowd, and having more material. I would have never thought this was conceivable two years ago.”

The last day of work for Sammy Obeid will be on Sept. 21, 2013, making it officially 1,001 consecutive days of stand-up comedy. Now working on this eighth wind, quitting is not even an option for him but he does look forward to his future day off.

“I don’t even know what I’m going to do yet. But it’s going to involve locking myself in my room or a few days,” joked Obeid.

Sammy Obeid will perform a free show with Mike E. Winfield at Sacramento State’s University Union Ballroom on April 4, 2013. On April 7, Obeid will headline a show at Punch Line in Sacramento. Tickets for the latter are $15.