Through the Fire: Tracy Morgan’s Triumphant Return to Stand-up Comedy 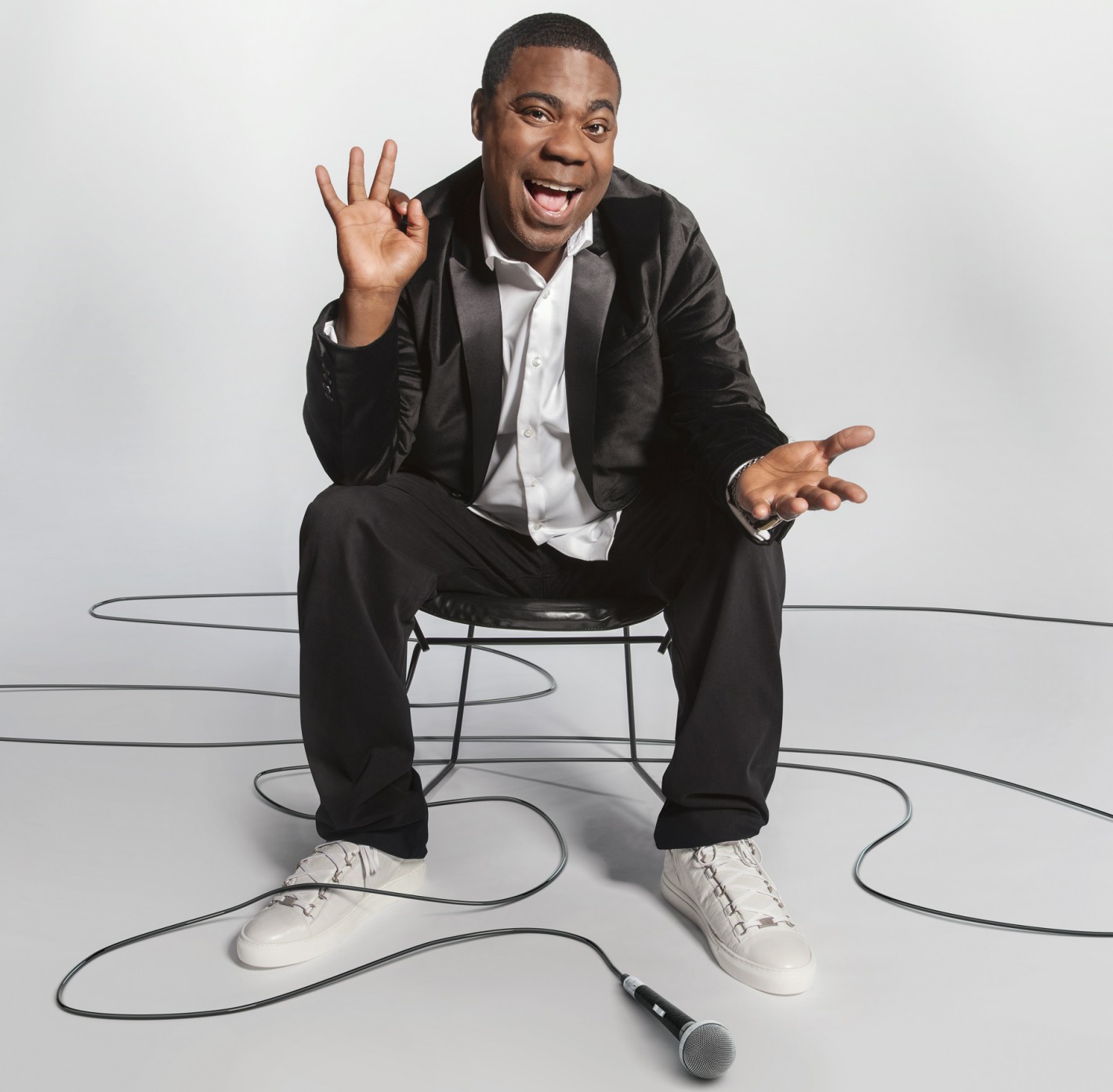 Tracy Morgan is back, and he’s not afraid to let you know. “Still pickin’ up the pieces, man!” he shouts into the phone while driving about New York City after a national television appearance, courtesy of The View. Those “pieces” he’s referring to were of course scattered on June 7, 2014, in a horrific auto accident on the New Jersey Turnpike involving a limousine and a Walmart truck. The incident ultimately left Morgan on death’s door, while taking the life of close friend James McNair. Now, more than two years later, the man you came to love as Brian Fellow on Saturday Night Live and Tracy Jordan on 30 Rock—or perhaps just as the outrageous stand-up comedian that he is—returns to the stage for a highly anticipated 22-date national tour. And as dumb luck would have it, his very first stop is right here in Sacramento at the Crest Theatre.

So what can you expect from Tracy Morgan and his rendezvous with the brick wall? Will he still be the same old “Tray-Bag” after going through such a traumatic, life-changing event? Well, if his personality over the phone is any indication, I would expect nothing less than the same loud, proud and hilarious man that brought you to tears as Spoonie Luv, or pushed the envelope with characters like Uncle Jemima and Dominican Lou. I will also say this: In all my years of interviewing bands, artists and actors of all types, I don’t think I’ve ever spoken with somebody more true to perceived form than Tracy Morgan. What I mean is that if you imagine in your head what it might be like to talk with T.M. on the phone for 15 or 20 minutes, it is in fact exactly as you imagined it. Charmingly brash with a New York accent so thick it’d make Method Man blush, you might even say he comes as advertised.

So you were on The View this morning. One of the longtime hallmarks of SNL is making fun of the daytime talk show medium—how’d that go for you?
It was great, man. I was hanging out with Walt [Barbara Walters] and Joy [Behar] and all the ladies, and just feeling the love from the audience. To spoof it, we get to do our favorite talk show hosts the way we see them, but when you’re there you’re free and doin’ your thing. And I always liked The View. To get to do Star Jones, that was one of the things that put me on the map. So I had a good time and got to thank her personally.

You just had your one-year wedding anniversary. Congratulations. What’s it been like when you reflect on a year gone by?
Thanks, man. My wife’s sittin’ beside me right now. What it is it’s like Chaka Khan says in the song, it’s just goin’ “through the fire.” That’s how you forge hard steel. Me and my wife are closer than ever now. “The fyyyyyyyah.” Remember that song?

Can you imagine the recovery process without your wife?
I wouldn’t have made it, wouldn’t have made it. My wife was always right there, man. We been together five-and-a-half years. My wife, my daughter, my son—they gave me motivation to keep doin’ it, keep goin’. I coulda gave up. Sure. Sure I coulda. We have our ups and downs like every couple, but I think [the accident] got us closer. When you go through something like that with somebody? It’s gotta make you closer.

You talk often about your relationship with the “comedy gods.” Could you expand on that?
Those who came before me, paying homage. Comedy in the spirit of Jackie Gleason. Watching Silver Streak. Watching The Jerk. Watching Lucille Ball. Watching The Honeymooners. Watching Moms Mabley. Studying, doing my own work, knowing who I’m doin’ it for, know who I’m representing. It is bigger than me. Making those out there who have nothing to laugh [about] laugh. Doing my part to make this a better world than the world it was before I got here.

You’re nominated for an Emmy for your return to hosting SNL last year, which is kind of a big deal. What would it mean to actually win?
It’s a big deal but it ain’t bigger than me walking away from that accident. It would be nice to win an award for your sense of humor after being on TV for 23 years—it would be nice. But when I look at footage of that accident … that was bad, know what I mean?

Obviously Saturday Night Live is still important to you, or you wouldn’t have gone back and hosted. Does it still make you laugh?
I had to start from where it started from. They inspired me to go get the world. [And] hell yes, hell yes. Isabel [Sanford] is hilarious. The Family Feud and all that? It’s hilarious. You got a great, brilliant cast out there. Young.

When you look at all that’s going on in the country from a political standpoint, from the Black Lives Matter movement to the election, how do you view the role of comedy, not just a stand-up, but as a black man?
Comedy’s got no color, man. I understand what’s going on in the world, I get that. But Richard Pryor wasn’t about that. He talked about the human condition. In my comedy audience, all lives matter. ‘Cause we leave all that shit outside when you pay for a ticket to come see Tray-Bag. ‘Cause what’s funny is funny. When you step onstage there’s something that blacks, whites, Puerto Ricans, Ecuadorians—everybody—can relate with: It’s called the truth. People don’t laugh at lies. Lies hurt. As long as I’m telling truth, as long as I’m doing it in the spirit of those that came before me, the comedy gods, I’m protected from all that nonsense.

How has the experience you’ve been through the past two years affected your routine as a comedian?
It’s changed. After you experience something like that, of course it’s gonna change. [But] the funny hasn’t. The funny never changed. God is not an Indian giver. The gift was funny, not material. It’s like Bruce Lee said in Enter the Dragon: It’s like a finger pointing away at the moon. Don’t focus on the finger, or you’ll miss all that other heavenly glory. I don’t focus on material. I focus on the funny. “From Hollis to Hollywood, but is he good?” When we do our comedy thing, everything wrong in this world we make right with it. We make repair with it with our sense of humor. ‘Cause if you don’t laugh about it you gonna cry about it. And all of us tired of cryin’. You don’t got a sense of humor you doomed. Eddie Murphy once told me, “Don’t take life so seriously. You’ll never get out alive.”

Check out Tracy Morgan live at the Crest Theatre on Sept. 22, 2016! Tickets start at $45 and can be purchased through Crestsacramento.com, where you can also check out the historic theater’s upcoming calendar of events. 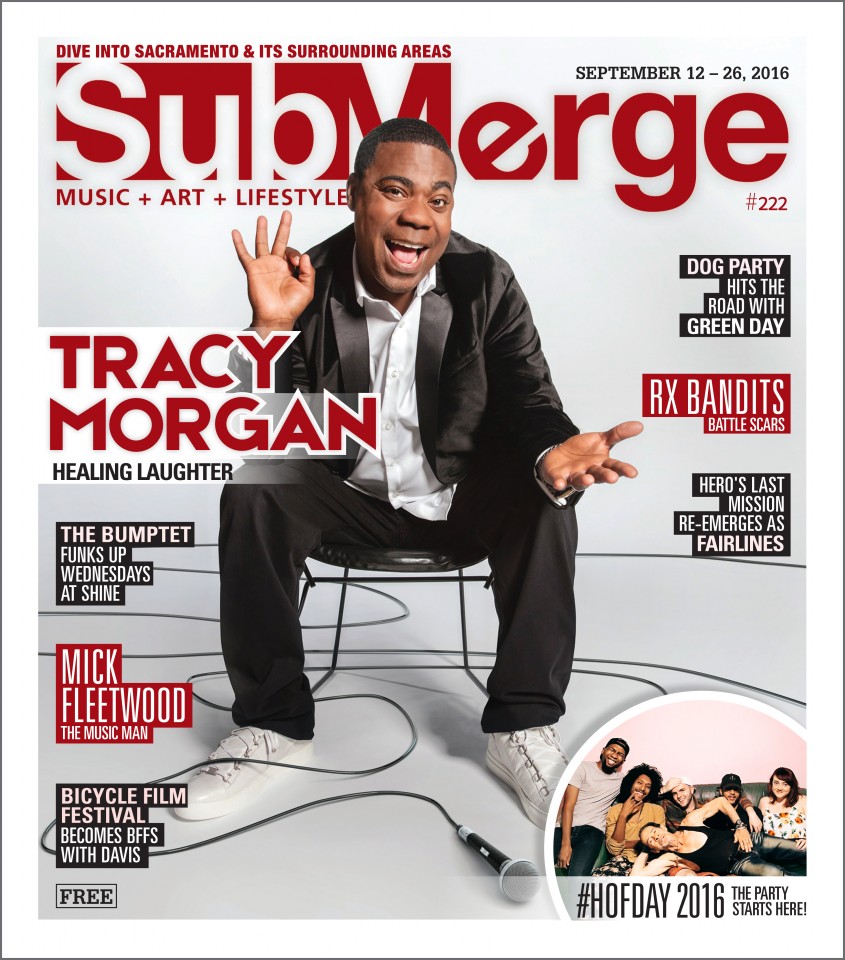