The city of Sacramento is laying its claim to “style fame” on the Style Network. This month the trendy Spanish Fly Hair Garage (on 17th and J) will be featured on Split Ends, a hip show that swaps stylists from big-city and small-town salons. Each participant gets two days to live and work in an environment completely opposite from what they are used to. It often starts out as an uneasy, sometimes pretentious ordeal, and usually ends as a humbling, warm experience. But no matter what, this show delivers on drama, humor, shock and suspense.

Spanish Fly’s episode centers, of course, on the stylist swap. Stylist Jake Desrochier was sent off to the tiny town of Bristol, Va. (pop. 17,593), while Spanish Fly’s Anthony Paganelli opened the salon’s doors to small-town stylist Amy Bland. The pressure was on immediately. 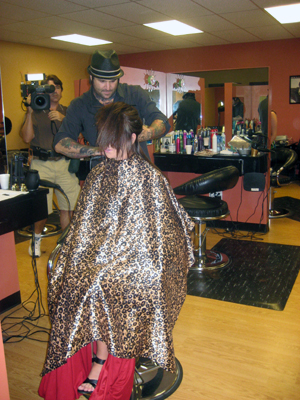 “At Spanish Fly, the stylists are required to constantly educate themselves on the newest trends and styles,” Paganelli tells us. Spanish Fly’s stylists are back and forth from New York City to attend Bumble & Bumble education classes, which keep them as fashion forward as you can get in the world of hair. So when Miss Rural U.S.A. arrived in Sacramento, let’s just say she was hit a little broadside. Anthony says she was an eager participant but undoubtedly a fish out of water, which leads up to a slight twist in the expected outcome. You’ll have to grab a spot in front of the tube to see if she can stack up to the level of some of Sacramento’s flyest hair stylists. 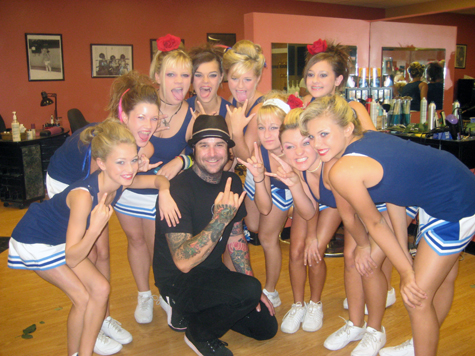 Desrochier was also in for a culture shock. He deserves kudos for trekking across the country and confronting a salon that’s a far cry from the cool J Street establishment he is used to. The first day consists of Jake getting the hang of the new salon’s rules and routines. The second day, he gets a chance to show off his chops to a faithful client. This is always the best part of every show, especially when you have the big city stylist freeing a little old lady from her Velcro rollers and hair dryer cocoon and transitioning to a modern style. Anthony hints at how Jake’s “offbeat” look may play a huge role in how he is received in a town of ladies who probably think style vanguard is a mixture of stirrups, tie-dye and a pair of mules!

Anyone who snickers at the idea of Sacramento being a hip fashion forward city is going to be embarrassingly surprised after watching this episode of Split Ends. As it turns out, Sacramento has more to offer in the world of follicle fashion than most people think. The edgy contemporary dÃƒÂ©cor and the eclectic stylists inside Spanish Fly are your first hints at their trend-setting status. 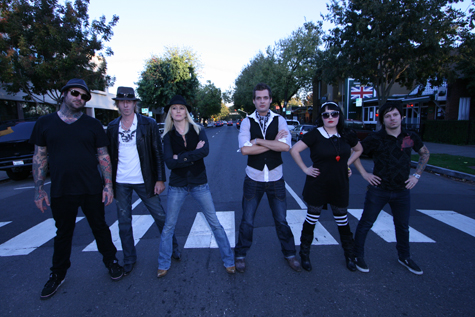 If you’re a local fashionista, style lover or beauty connoisseur you’ll be proud to check out this episode and see how well your city is represented. [Episode aired Dec. 20, 2008]