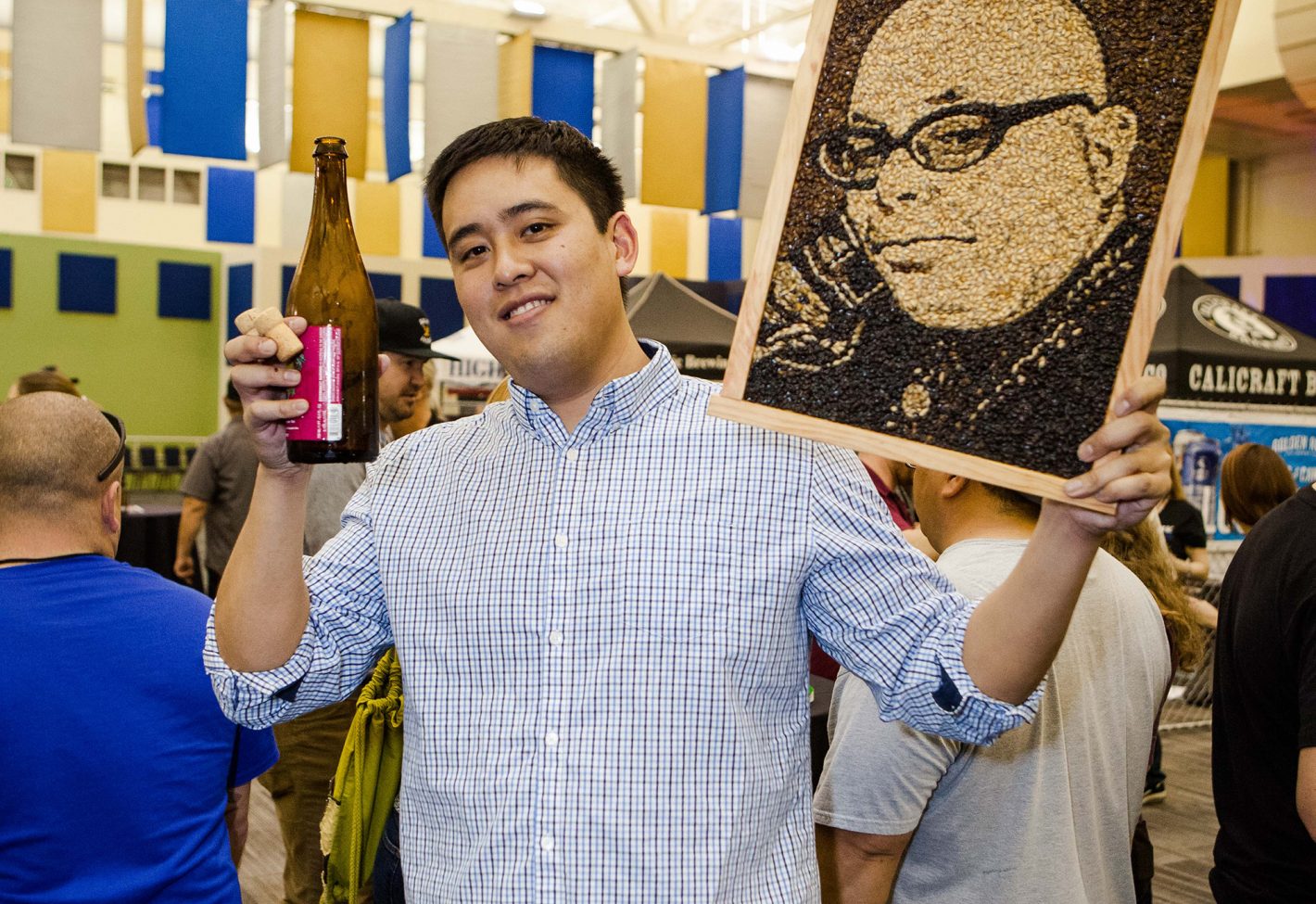 I once heard someone describe The Art of Beer as “a Burning Man for beer lovers,” a comparison that The Art of Beer founding director Rawi Nanakul says isn’t really too far off.

Nanakul has been deep in the beer game for years as a beer photographer (among other things) for his own company Bokeh Box Media, working closely with brewery staff and paying close attention to the different phases of the product in order provide a more intimate, unique glimpse of the beer industry. His own gallery showings eventually evolved into The Art of Beer, an event that has continued to evolve since it’s start in 2012.

“We went from printing out stuff in front of tables to having a full fledged gallery and art director to selling art through a silent auction for causes we believe in,” said Nanakul.

The Art of Beer is anything but your typical beer festival; it creates a space where seemingly unorthodox concepts are combined: fine art, beer culture and charity.

On Jan. 25, The Art of Beer will host its seventh annual event at the McClellan Conference Center, where attendees can enjoy unlimited 4-ounce pours of beer, small bites, explore the brewers’ creative art spaces and discover the stories behind some of their most beloved beers, all while experiencing awesome art created by some of the region’s most talented artists. There will also be an opportunity to participate in a silent art auction with the proceeds benefiting the Make-A-Wish foundation. 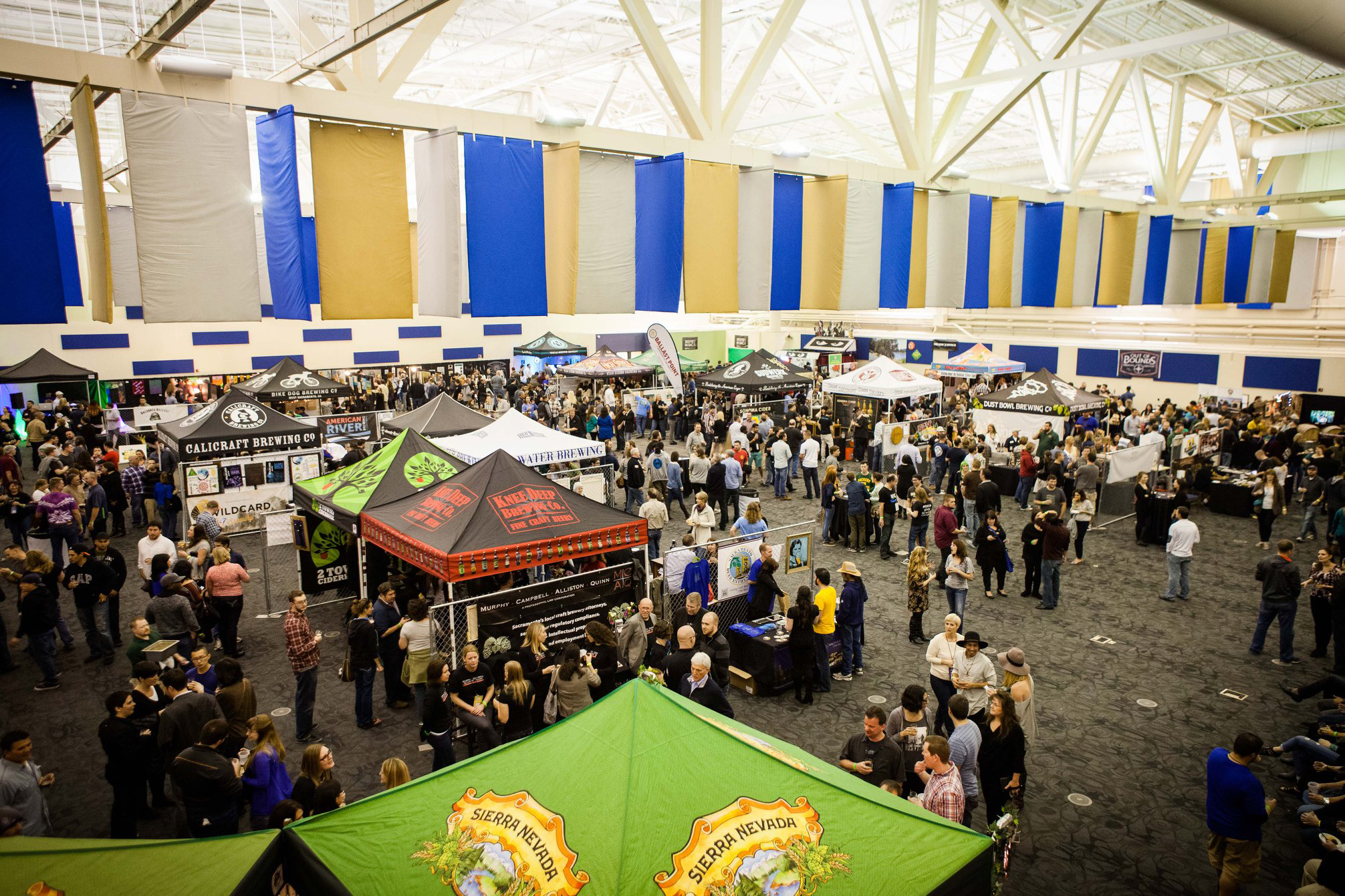 Art wise, there were only three artists working the first event. This year, all 30-plus breweries will have their own featured artists and public gallery.

Most importantly, Nanakul says he wanted an event that would be fun, interactive and with an end-game that would do good. 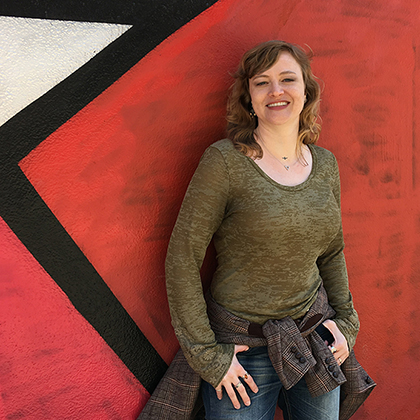 Event Art Director Sara Sturtevant has been given the task to connect The Art to the cause this year. She currently runs Impossible Arts LLC, a small marketing and consulting agency whose mission is to apply cutting-edge marketing and business tactics from the tech and startup world toward empowering artists and creative organizations.

“Fine art and craft beer are natural companions,” explained Sturtevant about why she became involved with Art of Beer. “There is a level of care, balance and dedication that is required for craft brewing, and the creation of a beautiful beer is absolutely an art form. But there is also a significant amount of creative energy put into the naming and label design for every beer. Some of the most amazing art I’ve seen has been on craft beer labels. Translating that art into a larger scale, sharing it in a gallery format and providing an opportunity for fans to take some home is a fun way to promote, support, appreciate and nurture everyone involved.”

Nanakul was excited to name Make-A-Wish as the charitable recipient for this year’s event.

“It was really important to provide tangible goals,” said Nanakul. “We want to see immediate returns of the charitable funds. We want to look back and think, ‘What did this festival do?’ and have a clear answer. This year we are funding a wish and inviting breweries and partners to interact with the person getting the wish. I am really excited.” 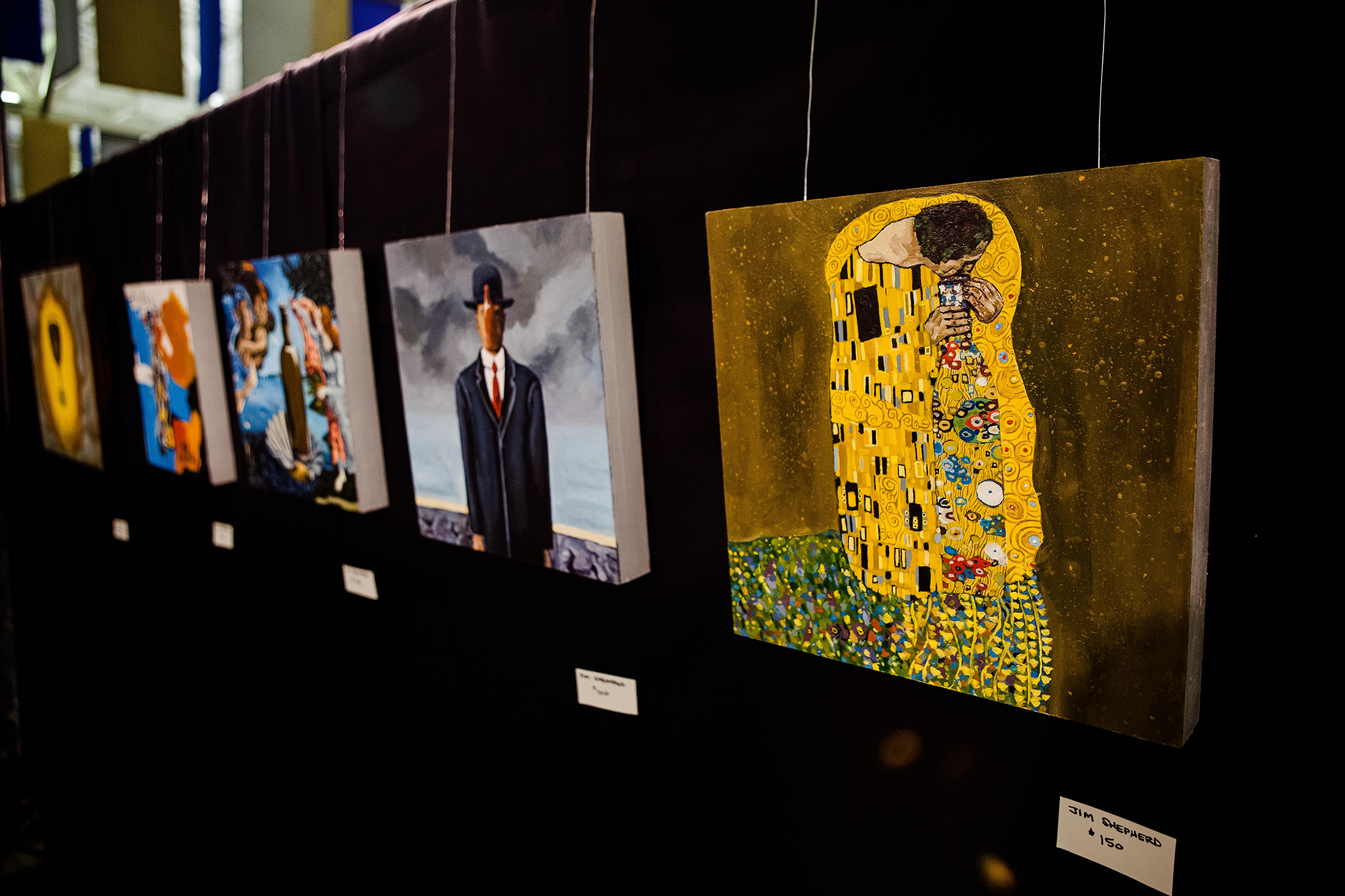 In previous years, funds from the event have gone to build a playground for autistic children and to community organizations like Sol Collective. This year, they hope to raise at least $7,500 for Make-A-Wish.

This year’s featured artists are an eclectic and talented group who have created innovative, beer-themed pieces. There will be label designers creating art for the silent auction and some unexpected mediums with a lot of outside-the-box thinking, like interactive art installations, pop-up galleries and live art demonstrations. Sturtevant says that the goal for The Art collection is to “inspire a sense of wonder, appreciation, fun and delight.”

The participating artists for this year’s event are still under wraps. In previous years, dozens of artists from all over California have participated, including locals like Sarah Marie Hawkins and Shaun Burner. The theme this year is fairly open: creative use (or capture) of beer, brewing and beer ingredient imagery, themes, elements or findings as well as arts and crafts, popular culture and up-cycled/remixed one-of-a-kind art objects. 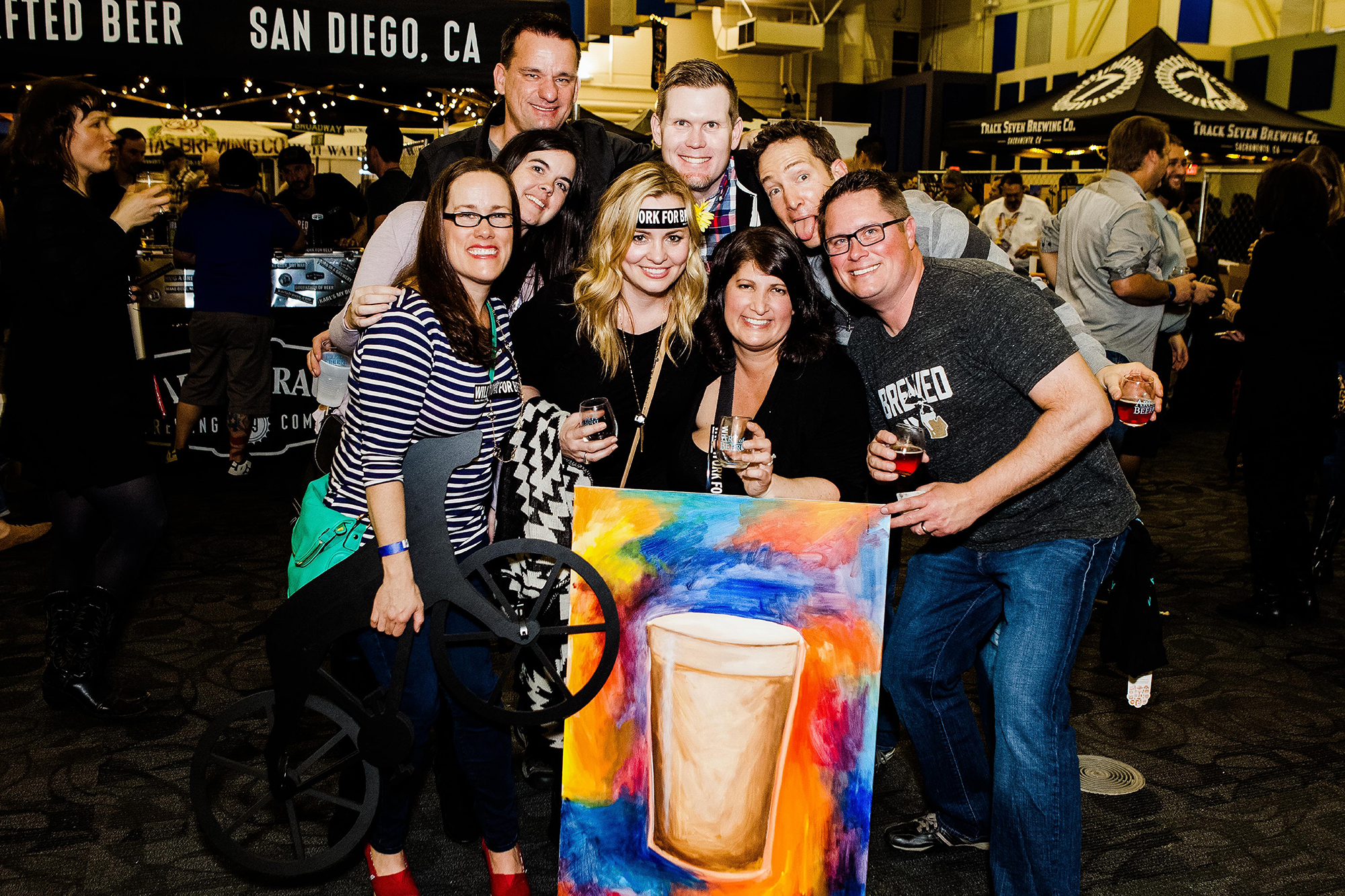 Art can be purchased in two ways. The first is through a silent auction, which has been donated by each of participating brewery with 100 percent of the proceeds benefiting Make-A-Wish. The second is through the community art in a pop-up gallery with a portion of the proceeds from this art going toward Make-A-Wish as well, and the rest back to The Artist. The silent auction format will allow a fun opportunity to interact and hear anecdotes about The Art and the beer behind it. The gallery format is meant to be immersive, with opportunities to mingle with those in both the beer and art industry.

The event will also be different than previous years in how it will be serving food. The Art of Beer is partnering with a handful of restaurants and breweries to make things that are more beer-centric. Husick’s Barbecue will be partnered with New Glory beer; BSG Brewing will be creating sweets with Conscious Creamery; and Firestone Walker will be joined by The Officers Club, to name a few. You can savor unlimited small bites to soak up all of the unlimited beer that will be filling your taster. 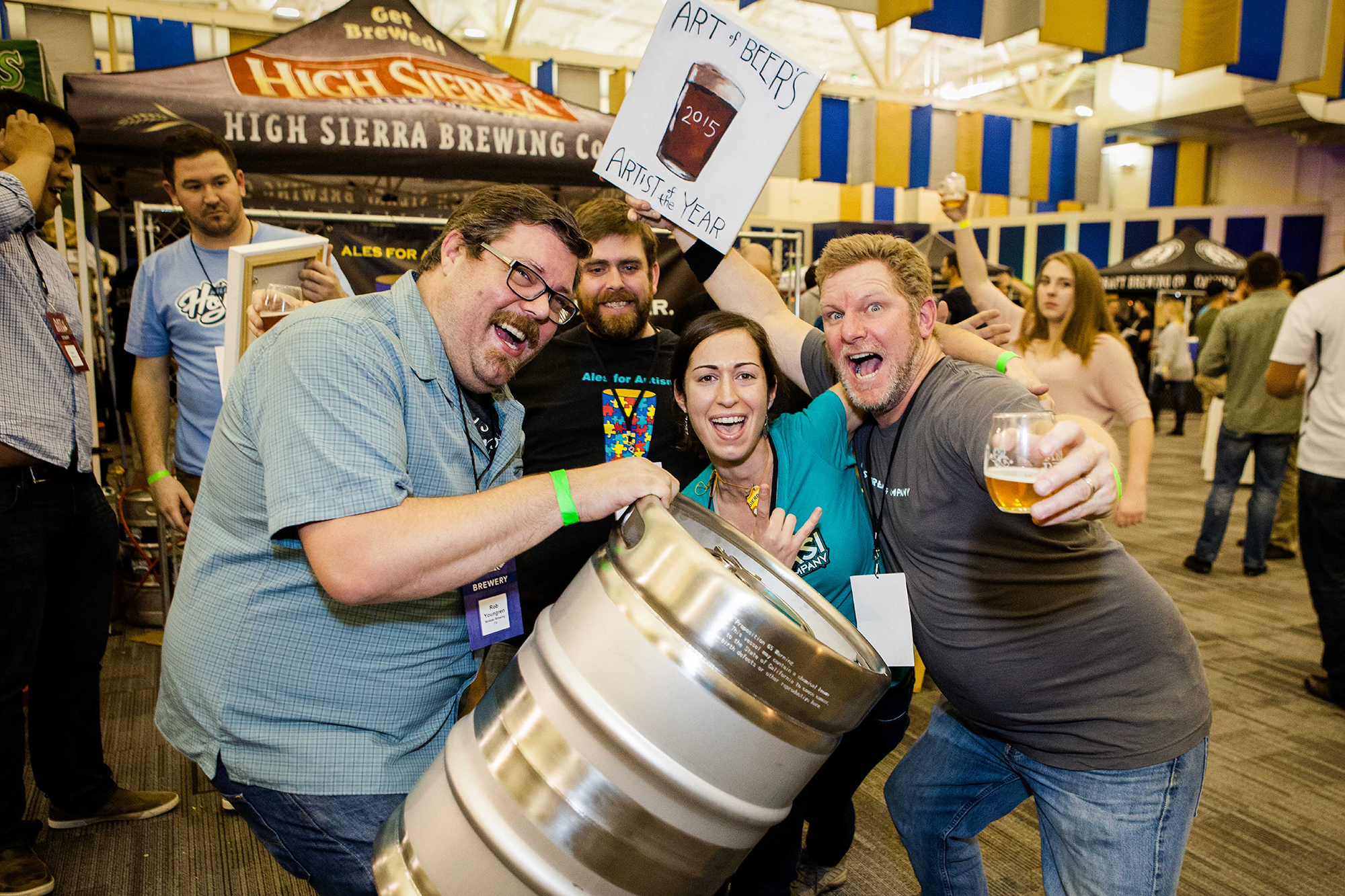 Some people will gripe that McClellan is too far off the beaten path. Really, with Lyft/Uber/Light Rail/your generous friend who is willing to be a designated driver, it’s definitely a more than doable voyage. Organizers say that McClellan’s Conference Center is one of the few places in our area that has the space to allow Art of Beer to do what it wants: build interactive art spaces both large and small, indoors with tons of flexibility and room.

The Art of Beer has been Nanakul’s labor of love for going on seven years, an event that he says is ultimately about “having an impression of what the brewery is. I wanted to tell the story behind who creates the beer and all that goes into it. I want to do my part in building the community behind the beer and doing good in the process. That’s the core experience behind The Art of Beer.”

Ready to get all up in The Art of Beer? WE ARE, TOO. The event takes place Friday. Jan. 25 at the McClellan Conference Center (5411 Luce Ave., McClellan Park). Tickets range from $60 for general admission, $80 for VIP and $40 for designated drivers. Group rates available. More info can be found by visiting Artofbeerinvitational.com.