As the noble salmon swims upstream, battling the current during its long journey from the sea to the rivers and streams of its birthplace, it never loses sight of its mission—to arrive at its final resting place in the waters of its birth. Billy Ngo, the man who redefined and refined the ritual of eating sushi in Sacramento with his venerated midtown fish house, Kru, is very much like the salmon—driven by a singular mission to dazzle the palates of everyone who bellies up to his sushi bar.

Like most of those who have come up through the ranks of the gastronomical arts, Ngo started at an early age. He cut his culinary teeth among the humble class of busboys but soon crawled out from under the mountain of food encrusted, castaway dishes of the sink and into the fires of the kitchen. As his culinary skills grew, so did his reputation. Notably one of the best chefs in Sacramento, Ngo has legions of fans, is well-respected by his peers and is constantly looking to elevate his fish game—his menu at Kru is a testament to his visionary approach to cooking with dishes like beef tongue that arrives in a swath of wasabi and mustard aioli and, quite possibly, the best bowl of soup in town with his duck confit ramen in sumptuous and deeply seasoned spicy miso broth.

Not one to rest on his epicurean laurels, the chef/owner of one of the most inventive sushi restaurants in the region is expanding his vision and looking to the islands of Hawaii for inspiration with his latest venture, Fish Face. The dining experience at Fish Face is casual. It’s a laid-back joint that serves one thing, and one thing only, poke. Diners select the fish from a variety of aquatic offerings—from the tame, like salmon and tuna, to the exotic like thinly sliced octopus—along with the sauce and other accoutrements such as jalapeños, avocados and daikon sprouts that will adorn their fresh catch.

Submerge recently hooked up with Ngo at his new digs in the Warehouse Artist Lofts building to talk about the inspiration behind bringing this raw fish salad from the shores of Hawaii to the streets of Sacramento and his experiences coming up in the local food scene. 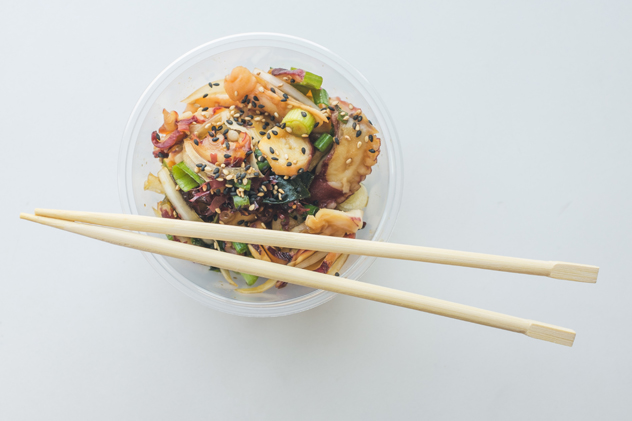 What inspired you to start cooking?
Well, I don’t really cook, I just cut fish [chuckling]. Really the first job I ever had was at a Japanese restaurant as a busboy and then moved up to working to the sushi bar as a sushi prep [cook], but it was just a job to me—I didn’t really care. Then I went to college, but I didn’t like that, [being] in the classroom so I just started really doing what I was doing so I was like, “If I’m doing this, I want to be really good at it,” and then just bounced around from different places learning different stuff, then I wanted to open my own place because if I want to work, I want to work for myself.

What was your first restaurant?
Kru. It’s been 10 years now.

I heard Kru is moving. Why move and where are you moving to?
East Sac, the Andiamo building on Folsom and Alhambra. The reason for moving is the space we’re in. I love the location, it’s awesome, but we just outgrew the space and it’s an old building. You know, Celestin’s was there for about 15 years then a couple of other restaurants and then we took over, so it’s just an old building that’s falling apart. Also I just want to get a real grown up kitchen. Right now that space is so tiny, the kitchen is the size of a closet—it’s just a hallway and you’ve got three guys in there bumping into each other. We do really cool, fun stuff out of that space right now and people see what we’re working with, it’s crazy. So it’s kind of cool to have a real kitchen for the team to work out of. We’re going to be splitting it with The Selland’s Group. They’re going to be doing a restaurant there so it’s perfect because we’re good friends and we’ll be neighbors now.

When will the doors to the new Kru open?
It’s projected for November, December, so I say maybe February, March, April next year.

What was the biggest takeaway you got from working at The Kitchen?
The most important thing is your ingredients—working there I learned you don’t go cheap on the ingredients. You start with a good ingredient and you don’t have to do much to it. I worked at a lot of places where I didn’t know about quality and then working there I learned that there is way better stuff out there and you can’t go cheap. You get what you pay for. That’s what they do at The Kitchen, Randall never compromises on quality. 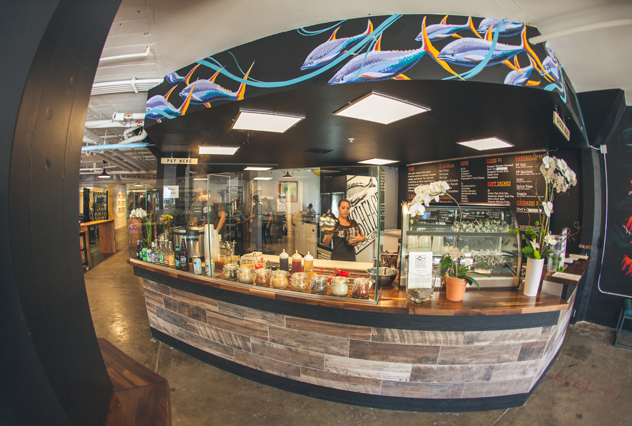 With your new venture Fish Face, what was the inspiration for bringing poke to Sacramento?
It just felt like it was something we needed in Sacramento, there’s nothing here like that. One of our partners, we have four partners here, she loves poke. We were in Burbank for me to film Cutthroat Kitchen, and we went to this little poke bar and I thought, “This is such a cool concept. It’s a super casual vibe, super chill,” and she said, “I wish there was something like this in Sacramento,” and I’m like, “Why don’t we just open one, we already have a sushi bar, we already have connections to fish and it will be so easy.” Then we came back and I threw around the idea with my business partner at Kru. Then this place popped up, but we couldn’t cook here because there’s no hood and then we thought, poke!

What was it like being on Cutthroat Kitchen?
It was interesting. It was a good experience, but going through the filming and seeing the TV magic it’s pretty crazy. What you see on TV, the 20 or 30 minute show takes like 18 hours to film. The kitchen part is real, but there are so many times that you film the action. It’s not just them filming you during the competition, it’s a lot of retakes just to make it look good for TV. It was a long day, then you have to come back the next day to do the interviews. The worst part of it is your sitting in the back just chilling until they call you to come out to do the next scene or whatever they need you to do, so it was interesting but it was fun.

I had the pleasure of eating your dish at Have Another Offal Day last year, but what I really noticed was the camaraderie among you and the other chefs that were participating. Are you all just one big happy family?
Yeah! Sacramento is really special and different because all the chefs really do get along, in other cities it’s more competitive. Here we call each other up and say, “I ate at your restaurant last night and that sausage was really good, can you give me the recipe?” We all share and we all support each other to make the restaurant scene better as a whole. Something like Have Another Offal Day is like a big party to us. We just hang out, we’re all drinking with each other and it’s something fun for us to get together and do outside of our restaurants. 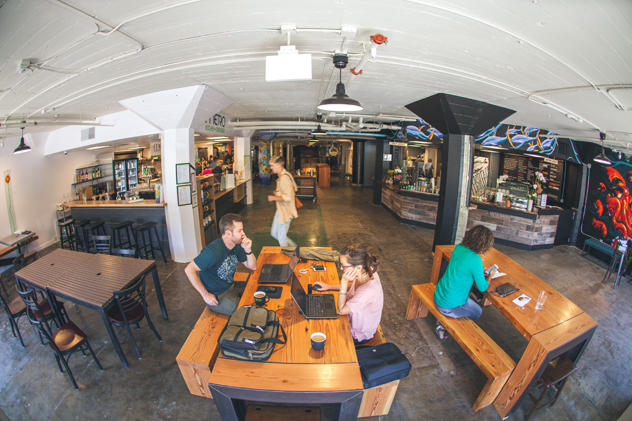 Fish Face Poke Bar is now open at the WAL Public Market, located at 1104 R Street, Sacramento. You can learn more about the restaurant at Fishfacepokebar.com. 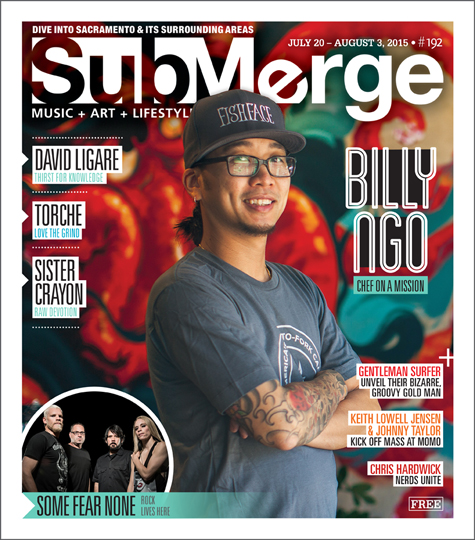