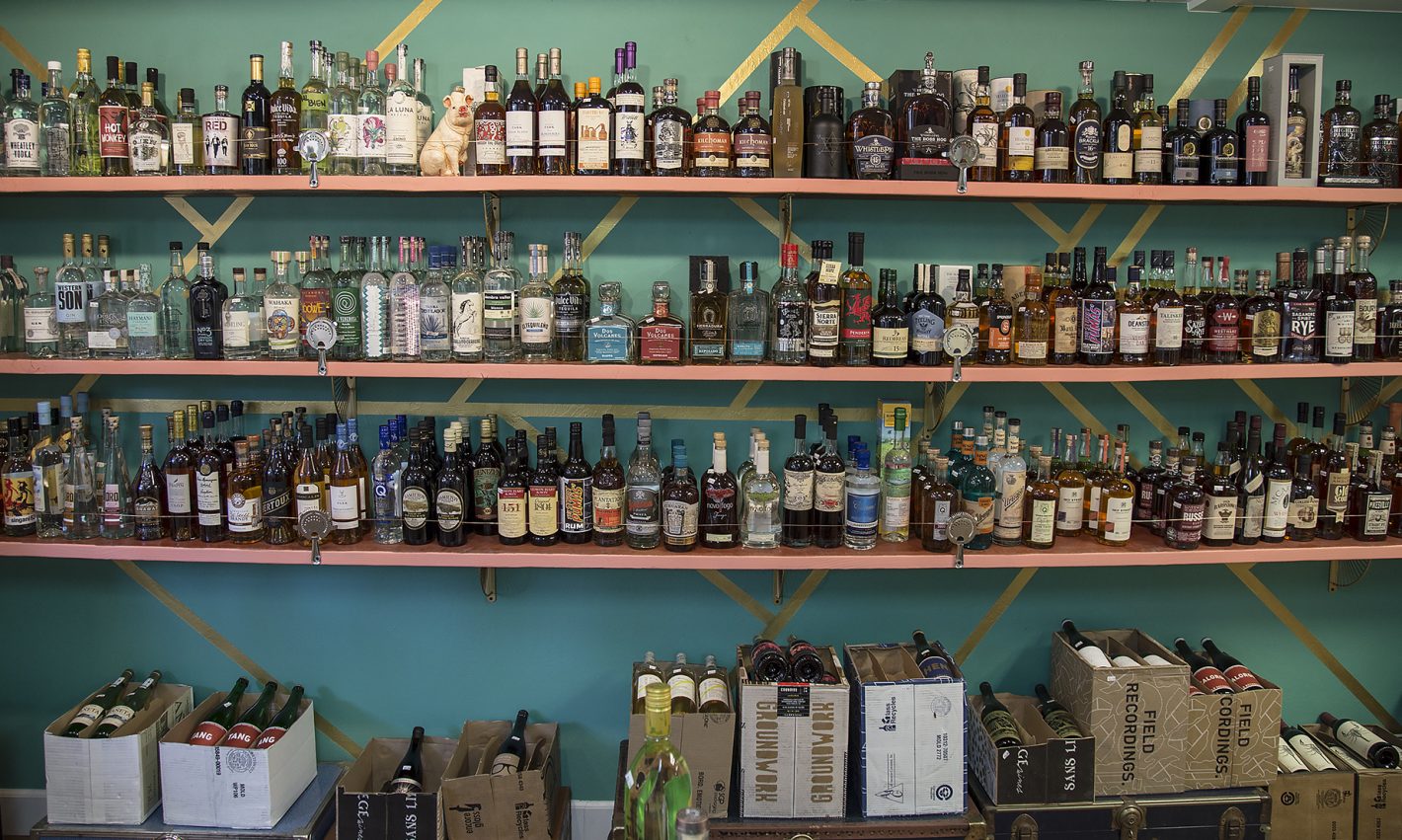 If you wander from Sacramento’s state capitol toward K Street, you’ll probably see some construction and a collection of storefronts that have rotated ownership, branding or both over the last several years, like most of downtown’s restaurant and retail scene. However, tucked away snugly in the former Senator Hotel, you’ll find a good time just a stone’s throw away from the lauded halls of California’s political headquarters in the form of a bottle shop.

This new store, which opened in December and simply named Good Bottle, is the first of its kind from ownership duo (and friends) Emily Neuhauser and Chris Sinclair, serving exotic spirits, booze mixers and cocktail collectibles to politicians, skateboarders and everyone in between.

Officially located on 1123 11th St.—wedged between The Allspicery herb shop and The Diplomat steakhouse—Sinclair and Neuhauser hope to become “a staple of the community,” according to Sinclair, in an area that they both feel is “under-served.”

“It’s nice to see Sacramento growing up,” Sinclair says to me in the upstairs lounge of the two-story space (formerly a dress shop according to him), surrounded by everything from whiskey distilled nearby in Auburn with a hemp-like aftertaste to pink gin from the well-known Beef Eater’s brand in Great Britain.

Upon opening the front door, carefully covered with the Good Bottle pink, teal, gold and blue logo, you’ll notice a mirror immediately to the right behind the cashier’s desk, which makes the room feel less “cavernous,” Sinclair tells me (despite the close quarters).

Vintage trunk cases lie throughout the store—collectibles from his wife’s grandparent’s general store in Isleton, California, that closed in the 1980s (along with the front desk which Sinclair refurbished himself). To the left of the desk, a customer-friendly cork board that displays alcohol-related pins to “take and replace” (Look for the “I am Woman, Hear Me Pour,” pin, if it hasn’t been taken already).

“We didn’t want to be trendy, we wanted to be timeless,” Sinclair says about the décor and character of the store.

Alcohol, of course, is spread throughout, but the “top shelf” of the store is located on the entirety of the three long, pink shelves directly across from the front desk.

From left to right (and top to bottom): Clear vodkas above translucent gins transition to browning tequilas above a variety of mezcal and brandy darkening in hue like a fermented fade of color with three full shelves of rum leading to the bookend—a plethora of vintage, rare and well-aged whiskeys.

Further to the right, separated by a white wall are the liqueurs of the store, from Giffard’s grapefruit to green Chartreuse and a collection of wines including Sinclair’s current favorite, a Piper Heidsieck Rare from France.

“Papa Was a Rolling Stone,” by The Temptations along with other classics from the time period play as Sinclair and I roam the store. The affordable prices immediately catch my attention despite seeing whiskeys from Japan and other types of booze from regions I typically wouldn’t connect the drinks with. Yes, you can buy your $80 bottle, but Sinclair admits that his “markups aren’t crazy … I could push everything to the highest margin, but that’s not how I [will] stay here for 25 years.” 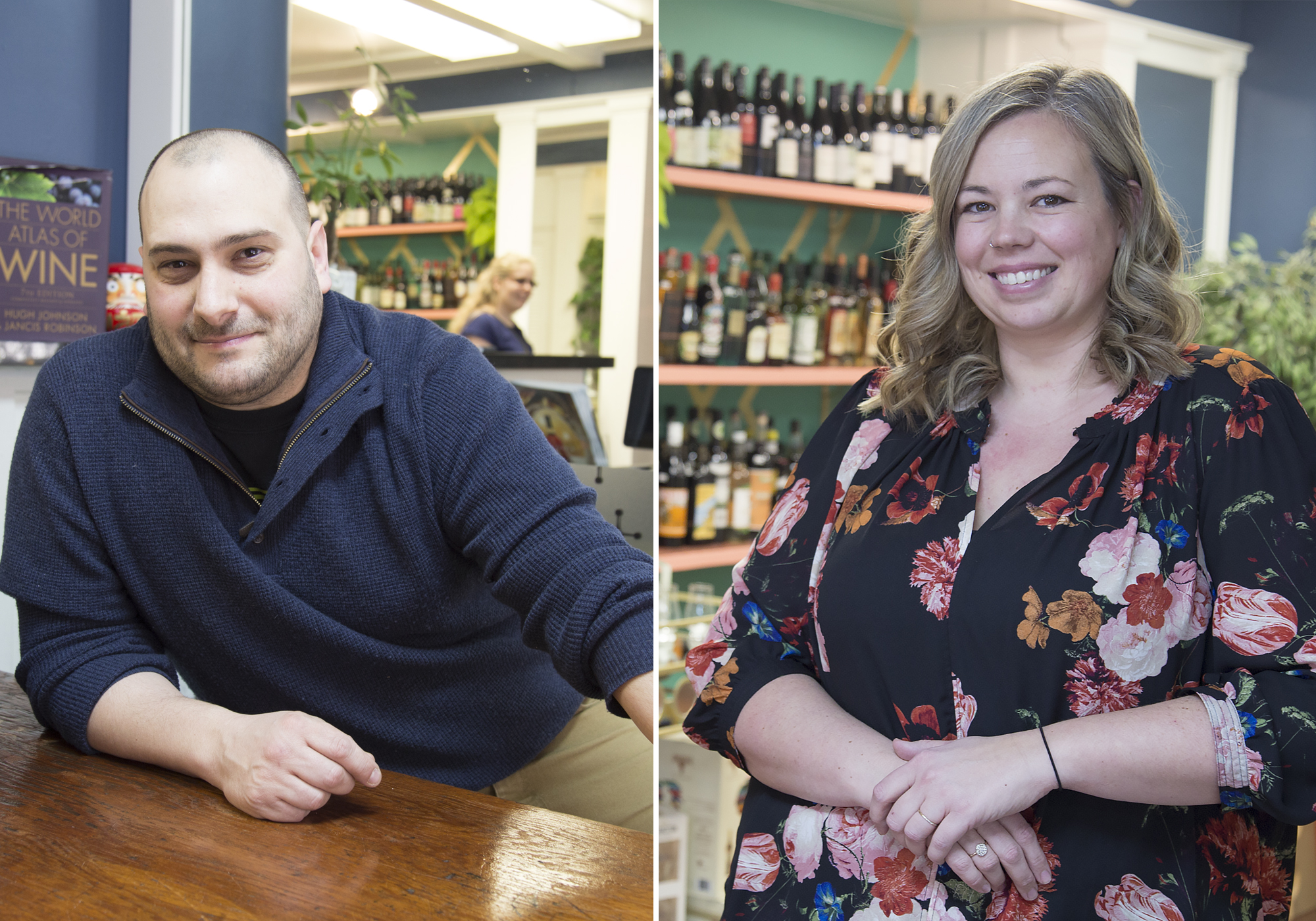 His favorite part of the business he says is “the people … being part of their joy … whether they’re sharing it with friends … this [alcohol] should never be the focus, this should always be the cherry on top of whatever experience you’re having.

He’s not here to judge, but he definitely will if you ask, which is why his other company, Fluid Concepts, works to “curate home collections” as an alcohol consultancy service.

His knowledge of alcohol comes from years of experience in the industry, adopting his skill in the northeast before distilling it down in the City of Trees.

Born in Perth Amboy, New Jersey, he split time between the Garden State and the Upper East Side in New York City during his upbringing. At age 16, he worked his first bussing job at an international café in New York, telling me he’s been “addicted to the industry … ever since.”

Moving from the East Coast to the Midwest for his high school years and then to Denver to ride out a professional snowboarding career that ultimately landed short, his first time pouring booze happened by accident.

“That’s where I had my first bartending job,” he reminisces. “I was a pizza delivery boy at an artisanal pizza joint—they poured beer and wine … [And one day] the owner and bartender were hungover and they didn’t want to deal with people … so they put me behind the bar and I had no idea what I was doing.
“The regulars were really kind to me,” he admits. “They gave me, dutifully, a bad time but then also showed me how to do the right things the right way.” 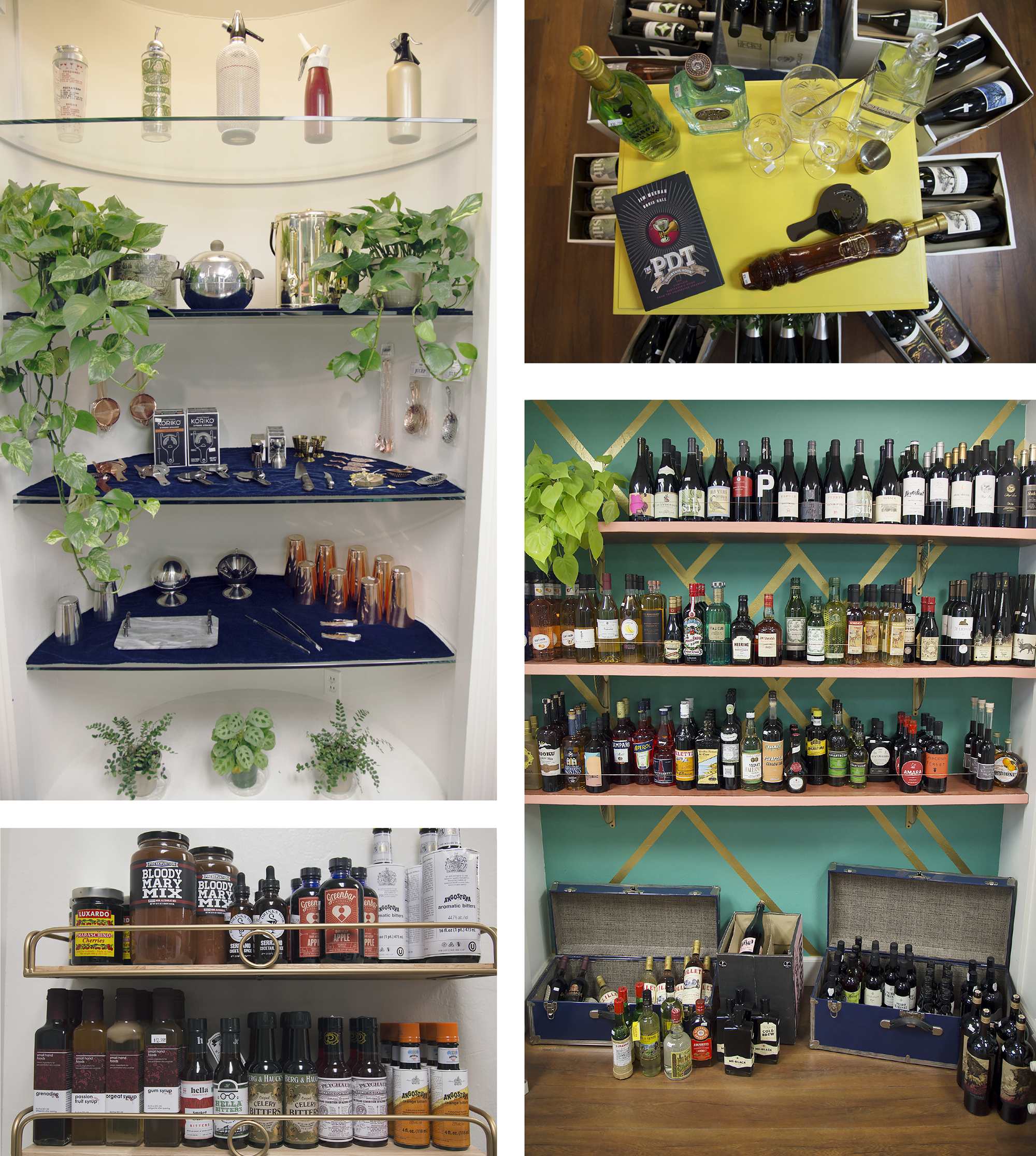 Sinclair is known locally for his time at Red Rabbit Kitchen and Bar, where he appeared in a cover story for this very magazine in August 2013. Through years of developing sincere friendships in the industry, he was introduced to Neuhauser by her husband (with whom Sinclair bartended), and they’ve been in the process of opening this place for “about two-and-half years,” he says.

“Her and I both have a similar creative vision that clicks really well,” he says about their working relationship. Neuhauser agrees that they “vibe really well [together],” and tells me that she worked in the food service industry through her mom’s catering business in Half Moon Bay where she was born and raised.

After moving to Sacramento around 2009, she worked for the locally famous and frequently awarded Pangaea Bier Café, before leaving the industry for several years after giving birth to her children.

“Our whole point was to get delicious things in people’s hands,” Sinclair says about the concept. Ultimately, they’d like to expand to Santa Cruz, Lake Tahoe and other areas they feel are “also under-served” in California.

While they plan to expand beyond Sacramento, the East Coast-born and long-time local Sinclair says for his love of the city, “It embraces everyone who embraces it.”

If you’re looking for a recommendation before entering, Sinclair tells me that his personal favorite is “Whatever someone buys me,” but if he had to pick he says, “The weirder the better, [as long as it’s] delicious.”

Sinclair reveals that in an interview from several years ago, a reporter asked him (and dismissed in the final draft), “If you had to drink one thing for the rest of your life, what would it be?” Sinclair tells me, while smirking, that his answer then (and now) would be simply, “Water.”

To that answer and to the new shop, I say “cheers” (and if you’re looking for serious recommendations just stop by). Albeit new, Good Bottle’s take on timeless, eclectic and inviting aim to bring a truly unique presence to the Capitol City.

Good Bottle is located at 1123 11th St. For more info, go to Facebook.com/goodbottlesac.